Disney World: What you may not know

Did you know that Disney World has only closed four times or that the iconic theme park is actually not located in the City of Orlando? Take a look at some fun facts that you may not have known about the renowned Disney resort.

They signed up for a splash, and wound up with a wash.

Walt Disney World visitors were reportedly evacuated from the iconic Splash Mountain ride over the weekend, after the aquatic attraction suddenly broke down.

The famous log flume ride at Magic Kingdom experienced some technical difficulties on Sunday and guests aboard the ride at the Orlando, Fla., theme park had to abandon their vehicles, fan site Inside the Magic reports.

One Twitter user said that that officials stopped the ride “just before the drop.” It remains unclear exactly what went wrong with the attraction.

In a minute-long clip posted to the platform, two parkgoers followed a Disney cast member to get out of Splash Mountain, exiting the site and walking around a behind-the-scenes area of a nondescript building. 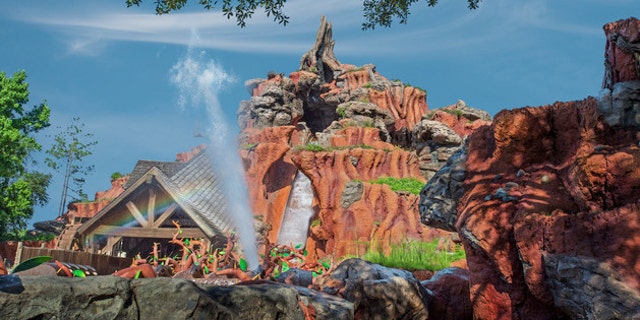 “Not so glamorous back here, is it?” the person behind the camera said with a laugh.

“This part we try to hide, usually,” the cast member replied with a chuckle.

Twitter account WDW Stats said that Splash Mountain shut down around 9:30 a.m., and reopened after about a six-and-a-half-hour closure around 4 p.m.

Theme park fanatics may recall that this is the second time Splash Mountain has broken down in recent weeks.

In early August, the ride made headlines when the log flume vehicles reportedly sank; one social media user claimed that guests were told to remain inside of the sinking boats.