The traveller’s luggage even contained all of her valuables, as cabin crew had insisted on the hand luggage going in the hold just before she boarded the flight. 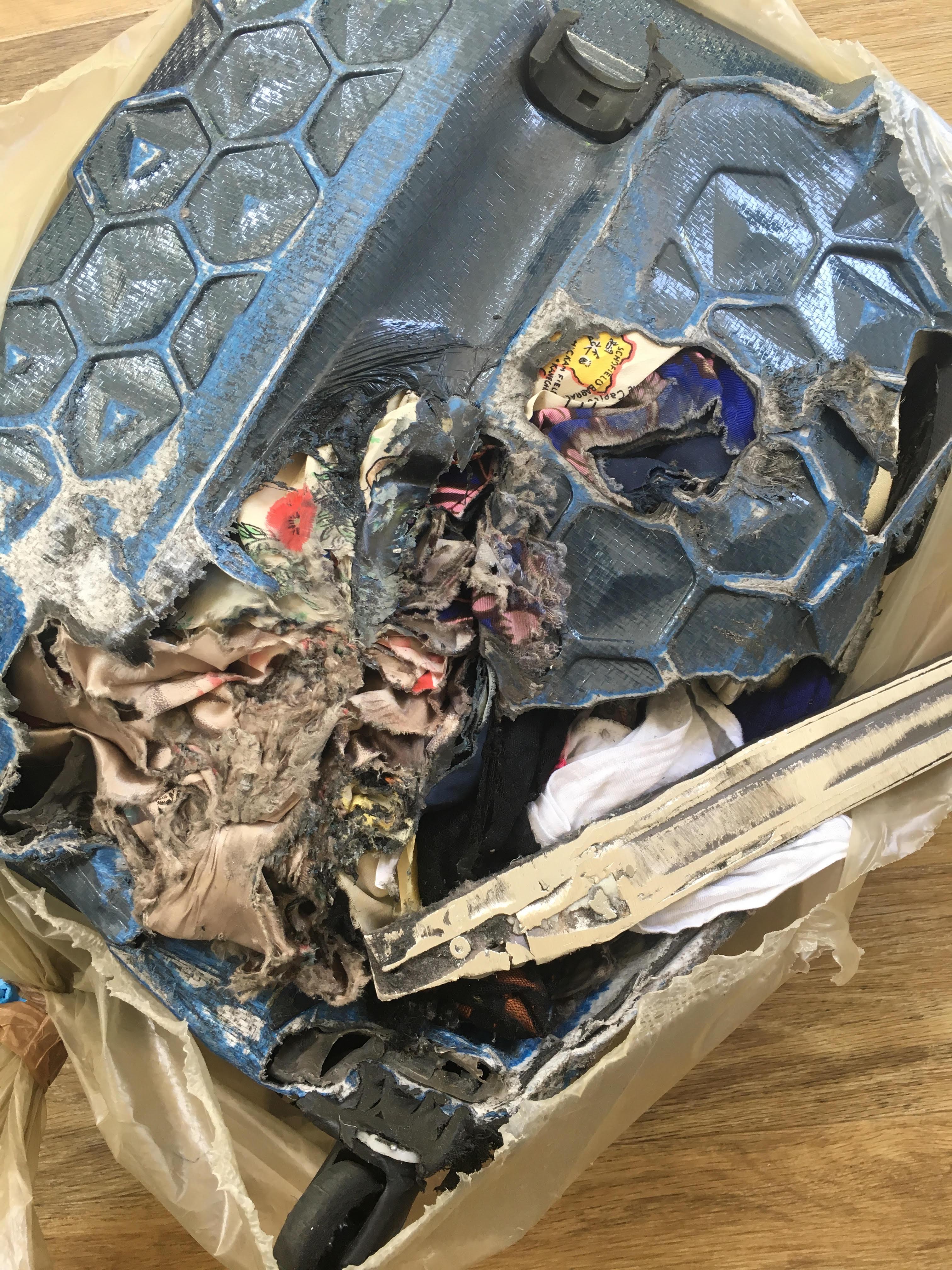 Dr Tamasine Hedderly was travelling from London Gatwick to the Italian city with a friend to give a lecture on April 29, when a flight attendant insisted the hand luggage was checked – even though it contained jewellery and other expensive items.

Staff insisted that the bag would be safe, but when Dr Hedderly waited at the luggage carousel in Rome, her bag failed to show.

The 47-year-old from Burgess Hill, West Sussex, told Sun Online Travel: “We were away for a nice weekend so I had packed my new Dune shoes, two Karen Millen dresses, my hardwearing Colombia jacket, sunglasses and everything in the bag.

“We spent hours at Rome airport trying to locate the bag and filing a missing luggage report, so it was 6pm by the time we arrived in town." 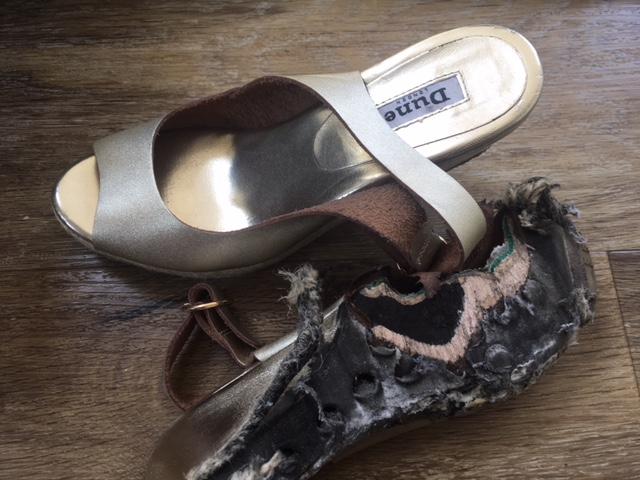 She continued: “I didn’t even have a toothbrush and it is not easy to buy anything at that time on a Sunday in Italy.

“Over the weekend I bought a pair of €70 shoes and some toiletries, then wore my friend’s clothes.

“But afterwards I found out that you can only claim £25 a day for a maximum of £75 per trip for emergency items.”

When Dr Hedderly returned to the UK, she kept searching for her bag via Gatwick and Rome airport, until eventually a friend passed through Rome a couple of weeks later and the bag surfaced.

But after waiting for so long for her bag to arrive, she was horrified to discover the state it was in. 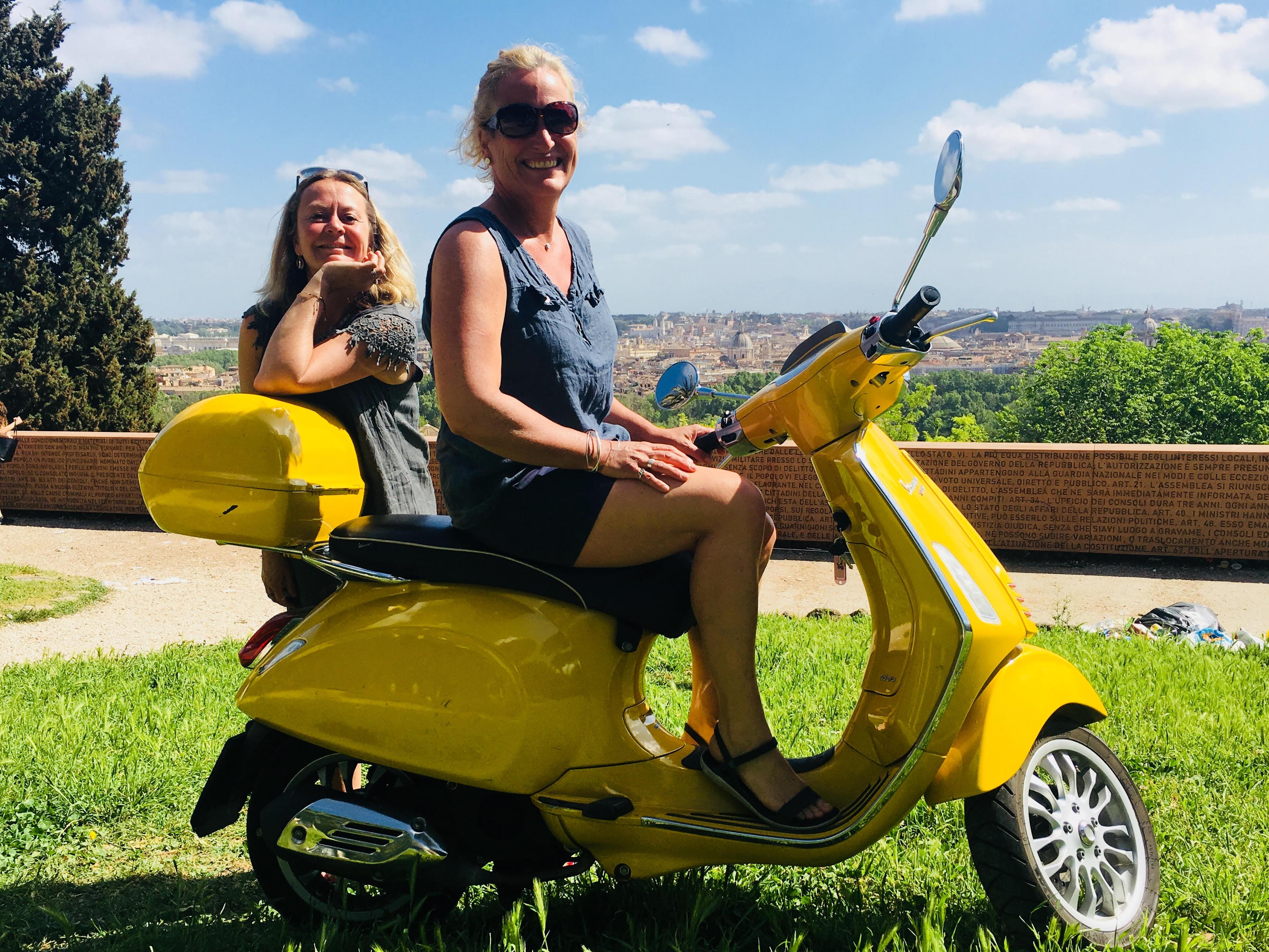 She said: “They admitted that they had a bag that was dragged along the runway, it was smashed to pieces and covered in cellophane.”

“I phoned easyJet and told them I had found my luggage and they just shut the case immediately and said because it was 21 days after the flight – not 22 – I didn’t qualify for delayed luggage compensation.

“When my luggage finally arrived in the UK, everything was burnt and ripped to shreds – there is a shoe that is literally singed.

“My Antler suitcase cost £250 and when I rang the shop they couldn’t believe how damaged it was.

“They sent me a video of the tests they do to show customers how stress-proof they are and still they don’t get damaged, so it makes you wonder what the bag went through.” 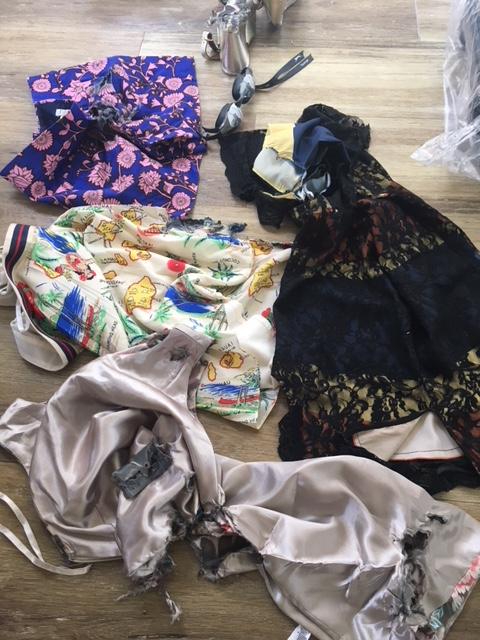 Dr Hedderly then tried to claim back some of the contents of her case – which she believes totalled around £3,000 – from EasyJet, but it hasn’t been easy.

She said: “They have set me up with an online system where you have to add receipts but I don’t have receipts for most of it – who keeps receipts for everything they buy?

“If I don’t upload the receipts then it won’t progress.

“They should just send me a cheque – they can come and see everything that was in the bag for themselves. The shoes are obviously brand new.” 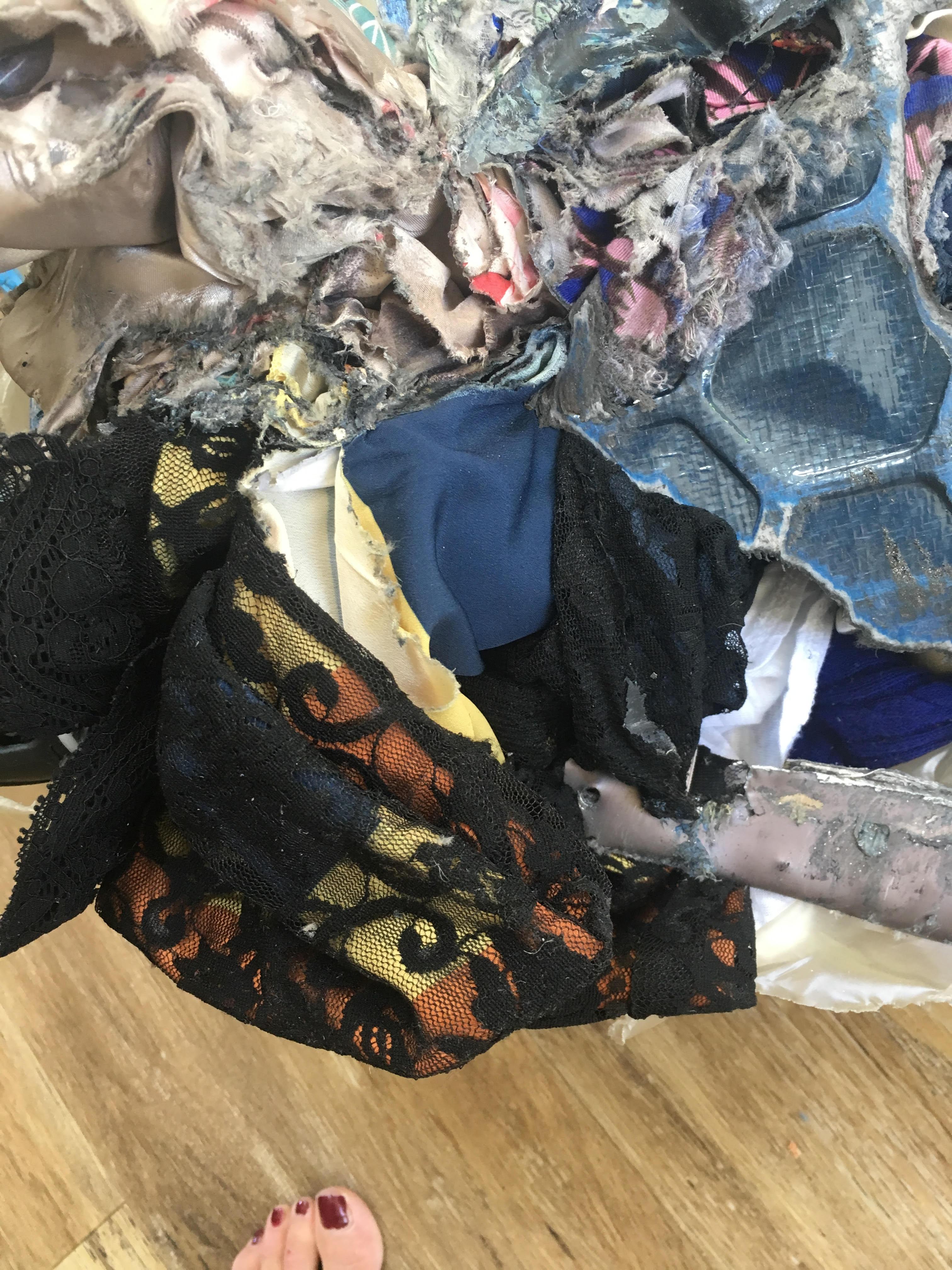 An easyJet spokesperson told Sun Online Travel: “easyJet would like to apologise to Ms Hedderly for the damage caused to her bag whilst in transit and we are investigating this with our ground handling provider at Rome Fiumicino Airport

“easyJet flies on average over 1500 flights per day across more than 30 countries and incidents of damaged luggage are extremely low.

“Our team is contacting Ms Hedderly to offer a gesture of goodwill for inconvenience caused."

Dr Hedderly said the airline has offered to replace the suitcase and pay £100 for the contents.

She is now hoping to recoup some losses through her travel insurance provider Aviva. 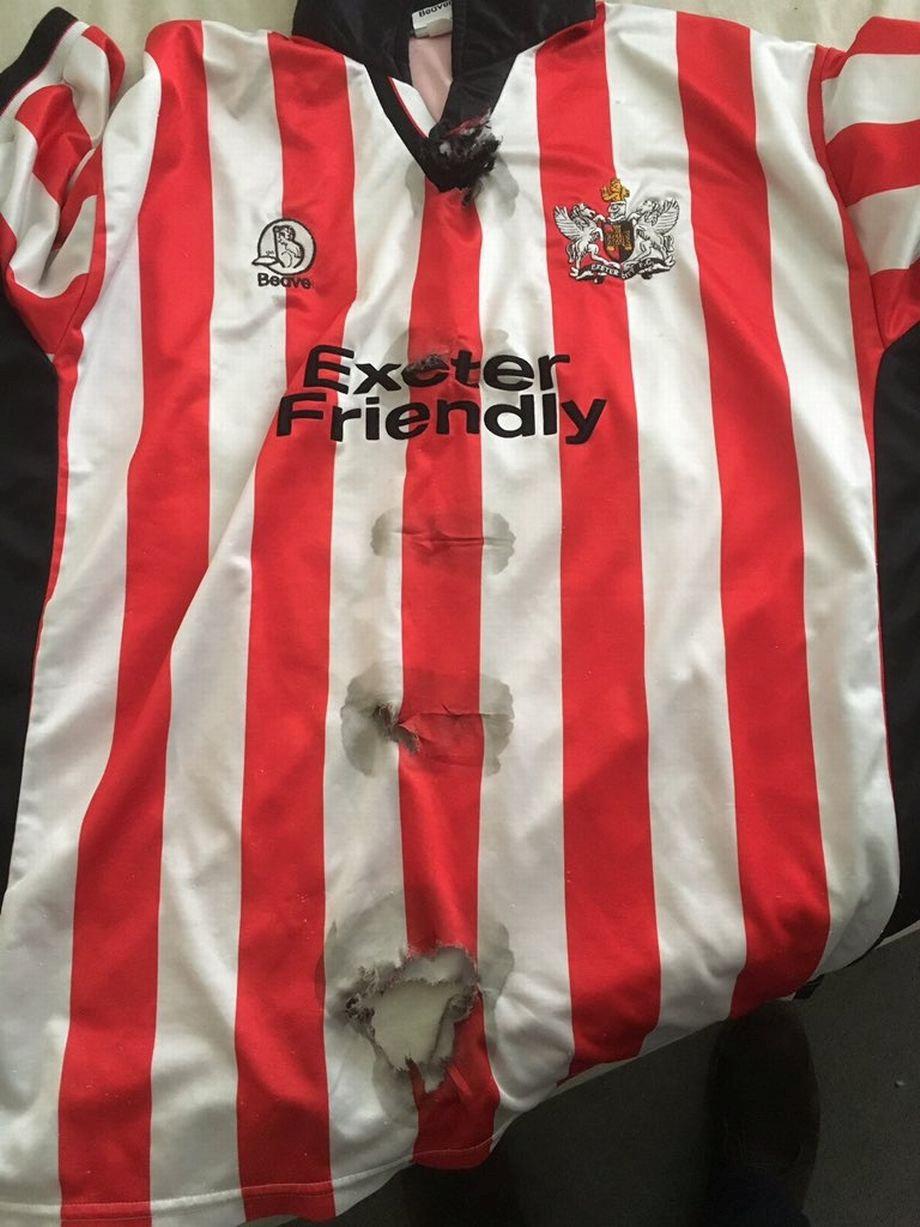 Earlier this month a horrified easyJet passenger slammed the airline after his luggage was also ripped to shreds during a flight.

Harry Drew, 26, was told his hand luggage would have to go into the hold for his return flight to Bristol from Barcelona.

Harry was left fuming after he discovered most of his clothes had been ruined – including an Exeter City football shirt given to him by his uncle who had recently died.