EASYJET are continuing to sell seats on “cancelled” flights, according to frustrated customers.

Passengers on various flights have claimed that the travel company terminated their journeys, but is still listing them for sale online, with additional costs. 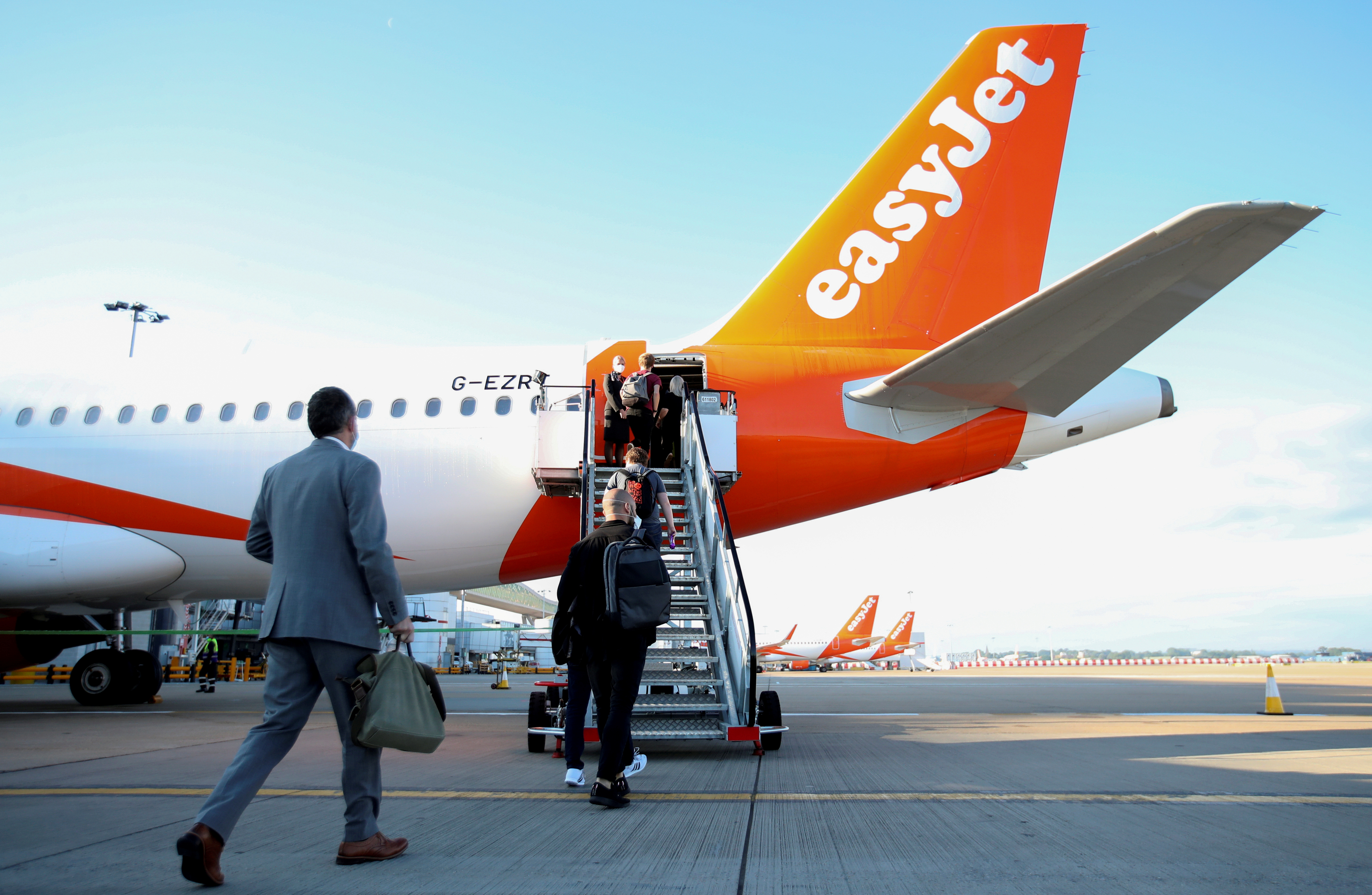 Among those to complain is David Jones, 58, who was due to fly with partner Helen Rickard, 53, from Madrid to Liverpool this Sunday.

Helen received an email on 30 July informing her their flight had been cancelled, however, the flight remains available to purchase on the easyJet website for £45.

A frustrated David took to Twitter to complain, writing: “EasyJet is selling seats on a cancelled flight.

“The Aug 9th Madrid-Liverpool flight has been cancelled, according to an email received, yet seats are still being sold by at least 2 days after the cancellation. That would seem to be fraud.”

His experience seems to have been shared by another traveller, @metaburbia, who fumed online: “There are three days until the flight on Aug 9th Madrid-Liverpool that you told me has been cancelled.

“You haven't followed up with an alternative arrangement – as is your legal obligation – and you are still selling tickets for it. Is it cancelled or not?” 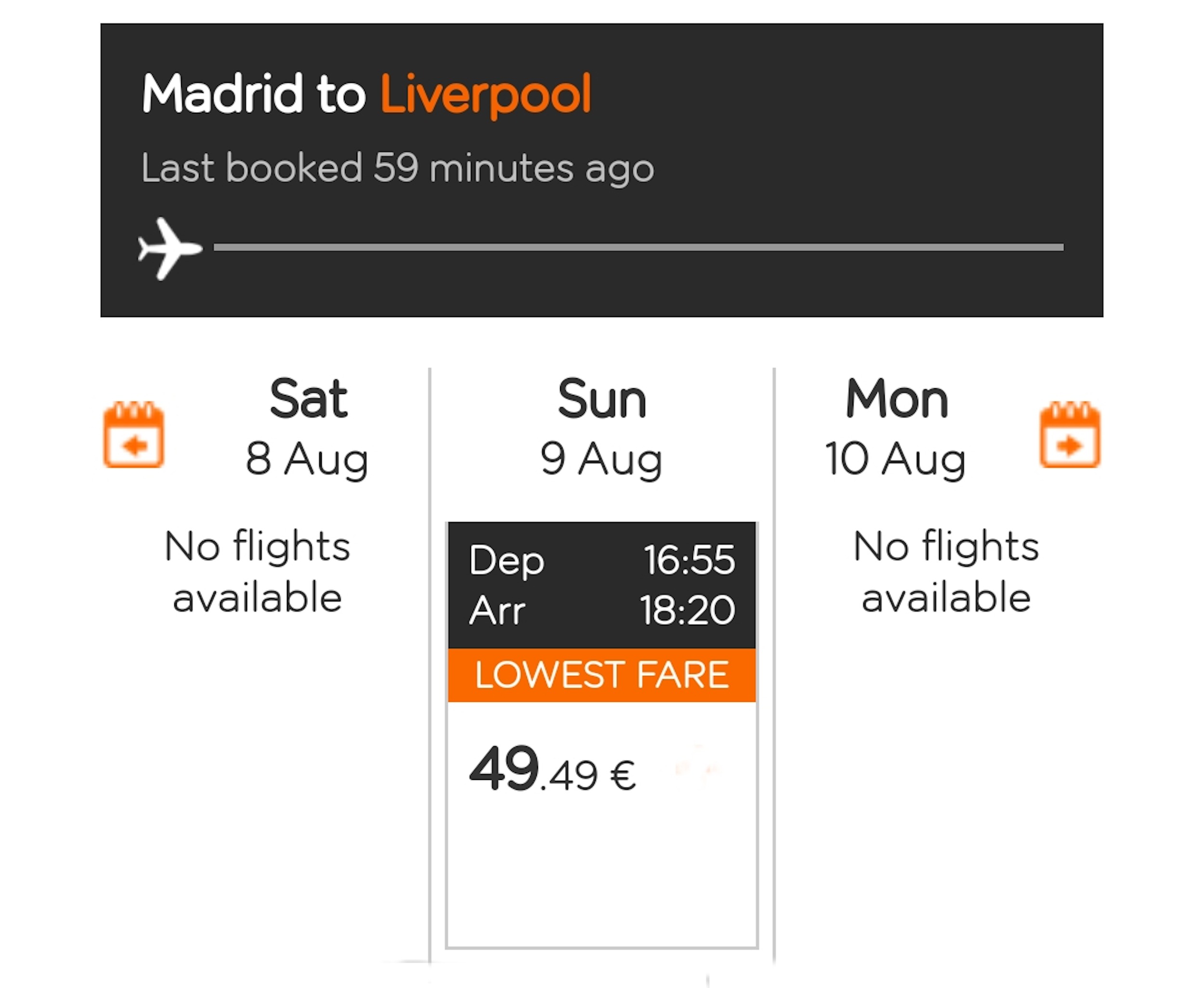 Hakan Asayan was due to fly from Murcia to Bristol this weekend as well.

He wrote to easyJet saying: “You mailed me saying  my flight from Murcia, Spain to Bristol on Sunday 9 was cancelled and that I could change it for free.

“However it is not showing as a disrupted flight, changes have a cost associated and you are still selling the same flight! Is it cancelled or not?”

The flight currently remains available to purchase on easyJet's website for £56.02.

Similarly, Sophie Wilson from London, claims her flights to and from Murcia have been cancelled – but remain for sale.

She wrote on Twitter on 30 July: “You have cancelled my outgoing and return flights to Murcia, Spain in September, yet the same flights are still being sold on your website.

“How is this possible? Are you trying to get more money out of us by cancelling and listing higher prices?"

Speaking today,  software architect, David from the West Midlands, said: “They've made a mistake one way or another – in sending the cancellation email or in continuing to sell the flight.

"My suspicion is they're selling seats on a cancelled flight right up to the last moment to improve their cash flow.

"They're impossible to contact, with over two hour waits on the phone.

“More important has been the five days of disrupted holiday – and presumably the cost of yet another flight with another carrier.

“Not knowing what's going on means it's very difficult to plan the last leg of our holiday.  Also, I absolutely have to get back to work by Monday, after my employer has been so generous in permitting me to take three weeks off.”

Airlines have been forced to cancel flights to Spain after the country was put back onto the UK travel ban list at the last minute.

Jet2 and TUI announced the cancellation of flights due to the ban and mandatory 14-day quarantine now in place.