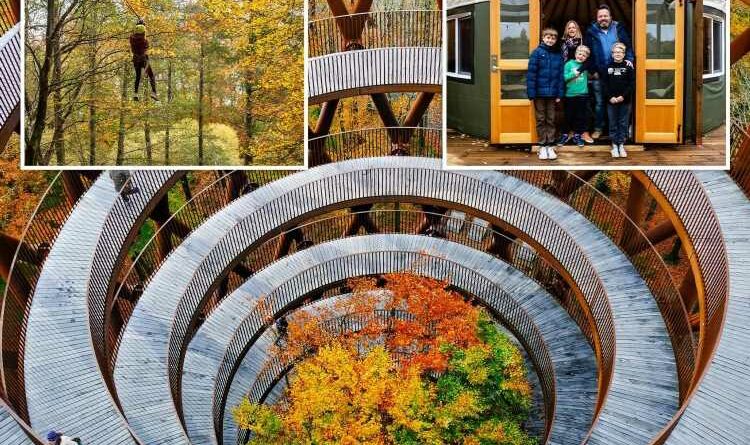 I’M not scared of heights,” I reminded my wife as we entered the slightly intimidating climbing park at Camp Adventure in Denmark’s South Zealand.

“My biggest fear is ending up stranded on a zipline, like Boris Johnson when he was London Mayor.” 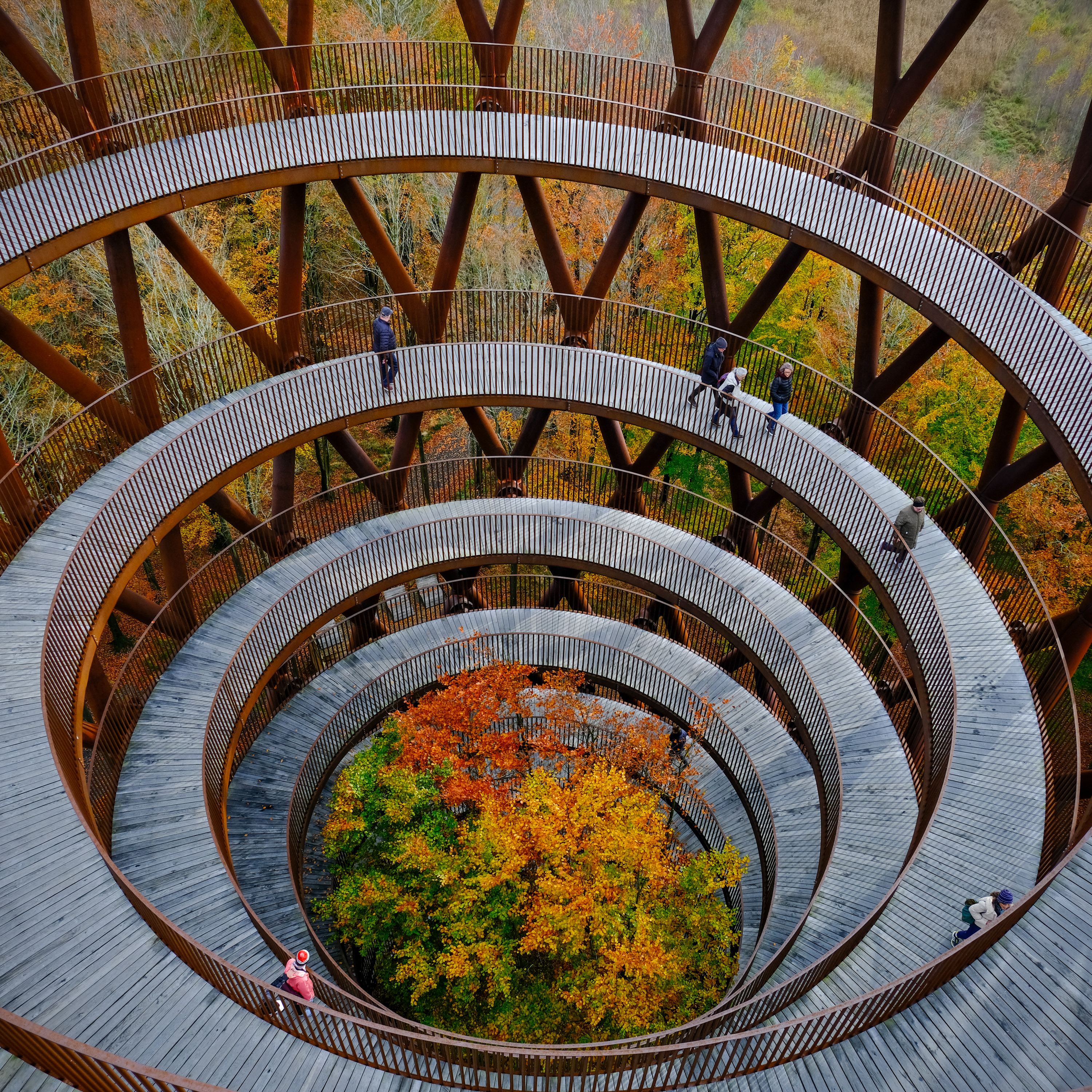 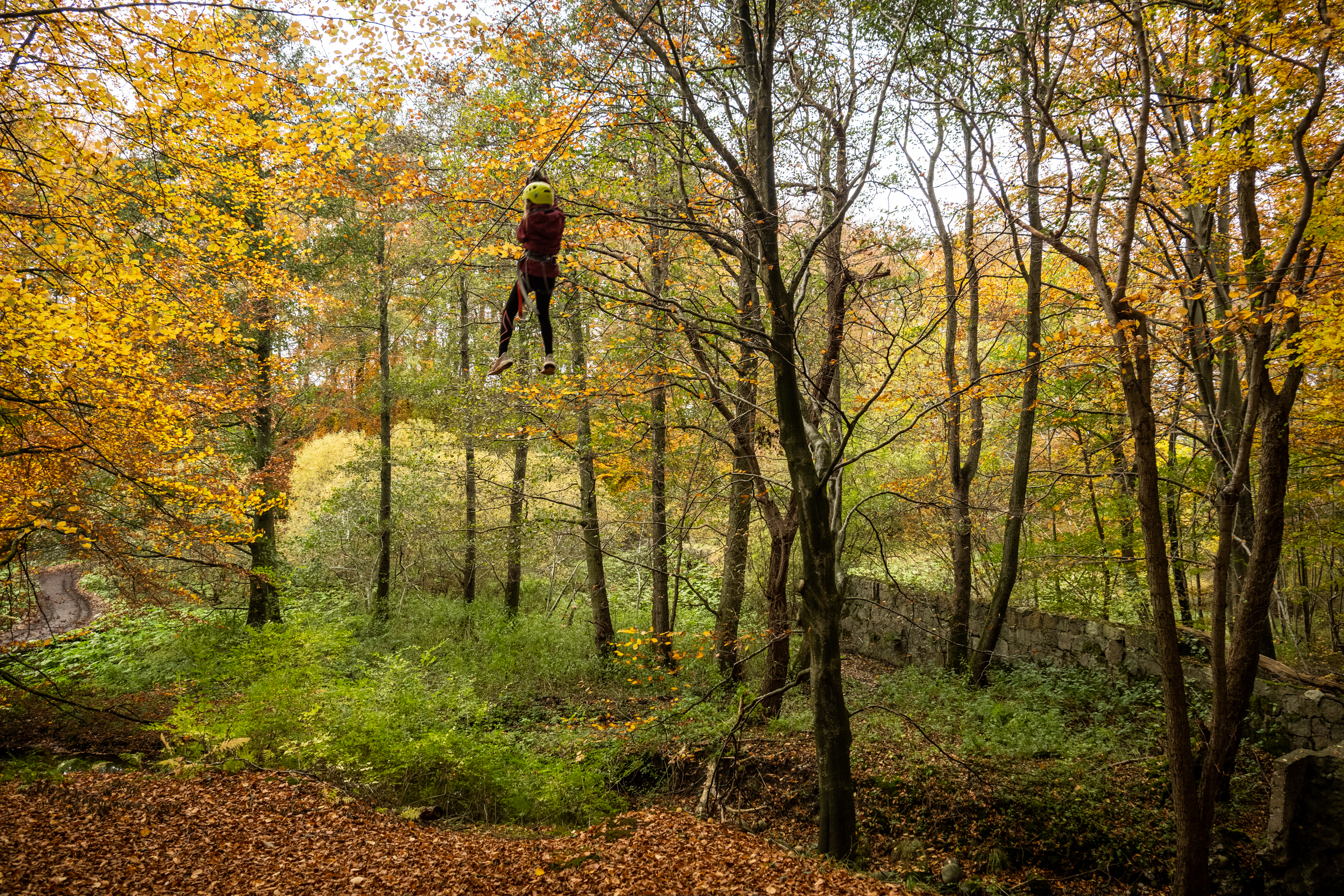 Oh, how we laughed!

So inevitably, after navigating a ladder, walkway and net bridge, I found myself stranded on a zipline.

I’d successfully traversed the 100ft-long line, running tree to tree, but bounced off the crash pad, then wore myself out unsuccessfully trying to pull my large frame back to the end.

“Do you need help?” asked a German couple passing below.

“Um, yes please,” I replied without a second thought.

Excruciatingly, I saw them several times again that afternoon, grinning at me.

Soon after the alert, a golf cart charged through the forest and I was rescued by Benjamin, who was exactly half my age, and probably half my weight, but at least twice as agile.

Thankfully, no one was around to capture this ego-bruising experience.

My wife and three boys, aged seven, nine and 12, had dispersed on tougher treetop courses somewhere in the distance.

Set in 7.5 hectares of forest, this vast, complex climbing park is like Go Ape on steroids.

There are ten courses, providing a challenge for three-year-olds right up to hardcore climbers. Some platforms are 82ft (25m) high!

Every course has at least one zipline. In fact, one course consists solely of 11.

Some run above other ziplines.

The rest of my family spent four hours in the trees.

But as you might have gathered, this is not my idea of a good time.

Like tens of thousands of others each year, I’d been drawn to Camp Adventure by the Forest Tower, a spectacular, hourglass-shaped viewing platform which opened in 2019.

Access is via a half-mile boardwalk which winds its way through a forest of beech and oak trees. In autumn colours, it’s simply beautiful.

The continuous spiral walkway inside the steel structure is a bit shorter, and with a surprisingly gentle incline.

A little more than halfway up, we passed the tops of the tall trees — a slightly giddying moment for some.

Soon enough, we’d effortlessly reached the summit, 148ft (45m) up. We posed for obligatory photos and took in the breath-taking views across South Zealand. It was magnificent.

GETTING THERE: Camp Adventure is 50 minutes’ drive from Copenhagen.

Norwegian has flights from Gatwick from £48.70 return.

CLIMBING THERE: Camp Adventure is in the town of Rønnede. The climbing park is from £40 per adult, £29 per child aged seven to 14 and £17 for children aged three to six.

Forest Tower entry is from £17 for kids aged seven plus and £7.50 for three- to six-year-olds.

Signs indicated that we were actually a whopping 443ft (135m) above sea level.

Apparently on a good day, you can see Copenhagen 45 miles to the north, and even Sweden.

The next morning we went up again, and bumped into Bradley Walsh, who was there filming an episode of his ITV travel series Breaking Dad, due to air early next year. He loved it as much as we did.

“It’s great! Very cool!” he told me, before chastising his son Barney for sliding on leaves on the walkway.

For a lucky few, there’s also a chance to stay the night in one of the park’s six exclusive treehouse yurts.

Each is built on stilted terracing and with an adjacent bathroom. Beneath ours were two additional wooden cabins with double beds.

Generously furnished with cushions, rugs, books, plants and lights, the suite is reminiscent of a safari lodge.

It even overlooks a watering hole — specifically, a lake — with deer, pigs and cormorants filling in for more exotic African wildlife.

“Yurts are the traditional homes of nomads in Mongolia,” I told Dylan, our nine-year-old, one morning.

“Wow, they live in luxury!” he replied.

I had to explain that a typical yurt doesn’t have a Bosch dishwasher or a bathroom with underfloor heating.

In truth, this is honeymoon stuff (kids notwithstanding). Really, it’s just magical here.

As the sun rose, we baked the supplied pastries, drank tea and watched for wildlife.

In the evenings, we lit a fire on the terrace, roasted marshmallows and shared stories of our daytime adventures.

On the final night my wife mentioned that Alex, our fearless seven-year-old, had got stuck on exactly the same zipline as I did — and a tiny, tiny bit of Daddy’s credibility was restored. 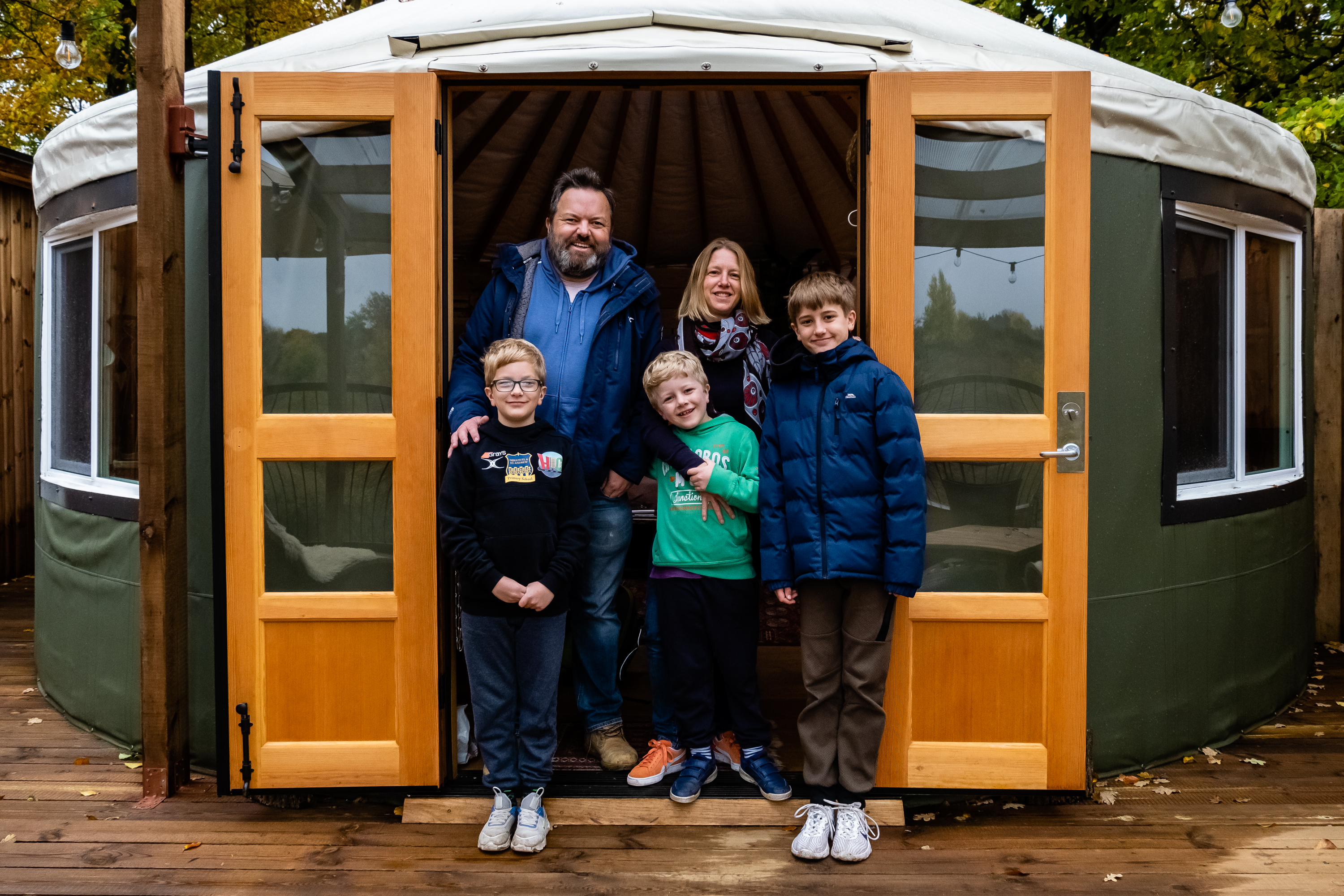 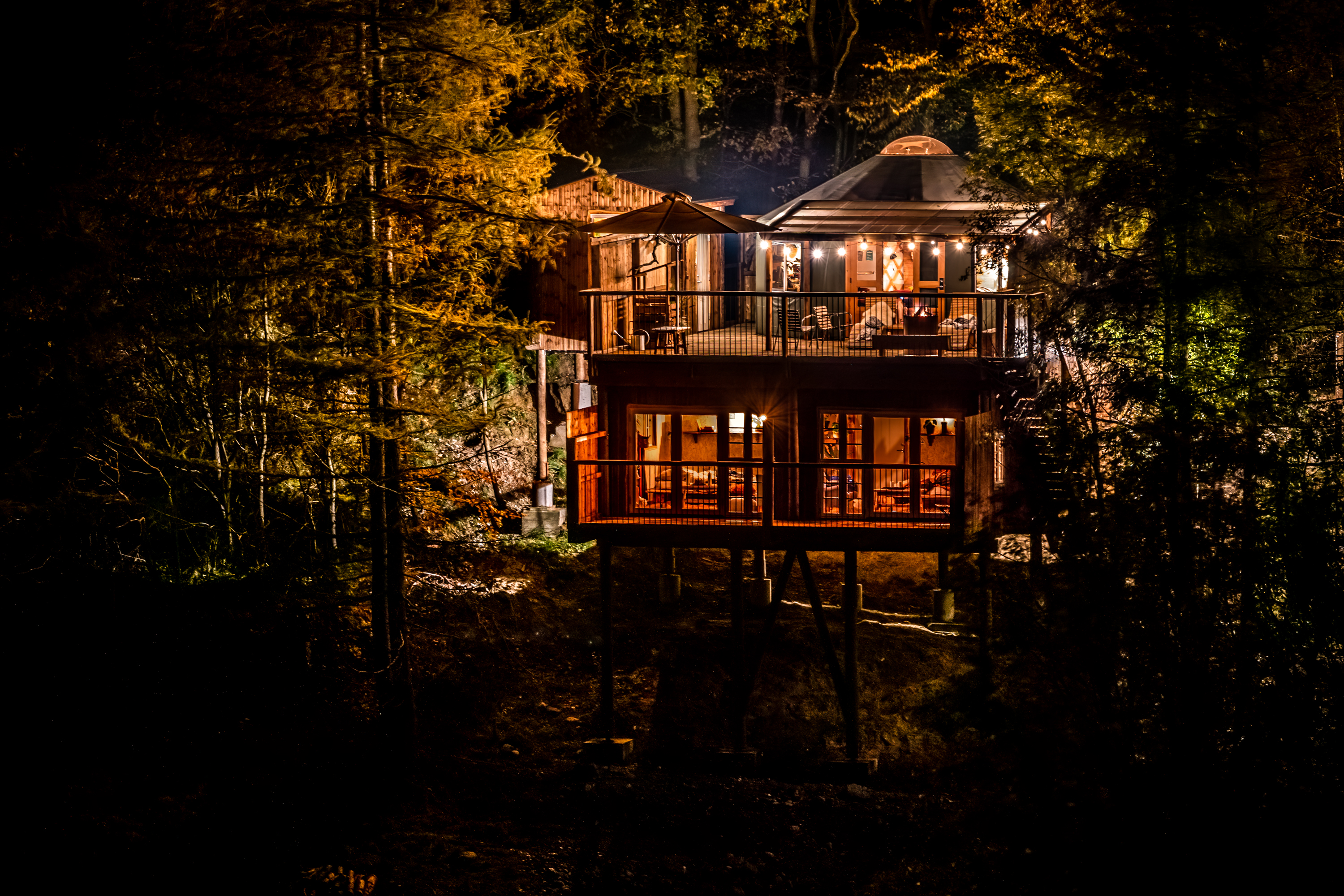 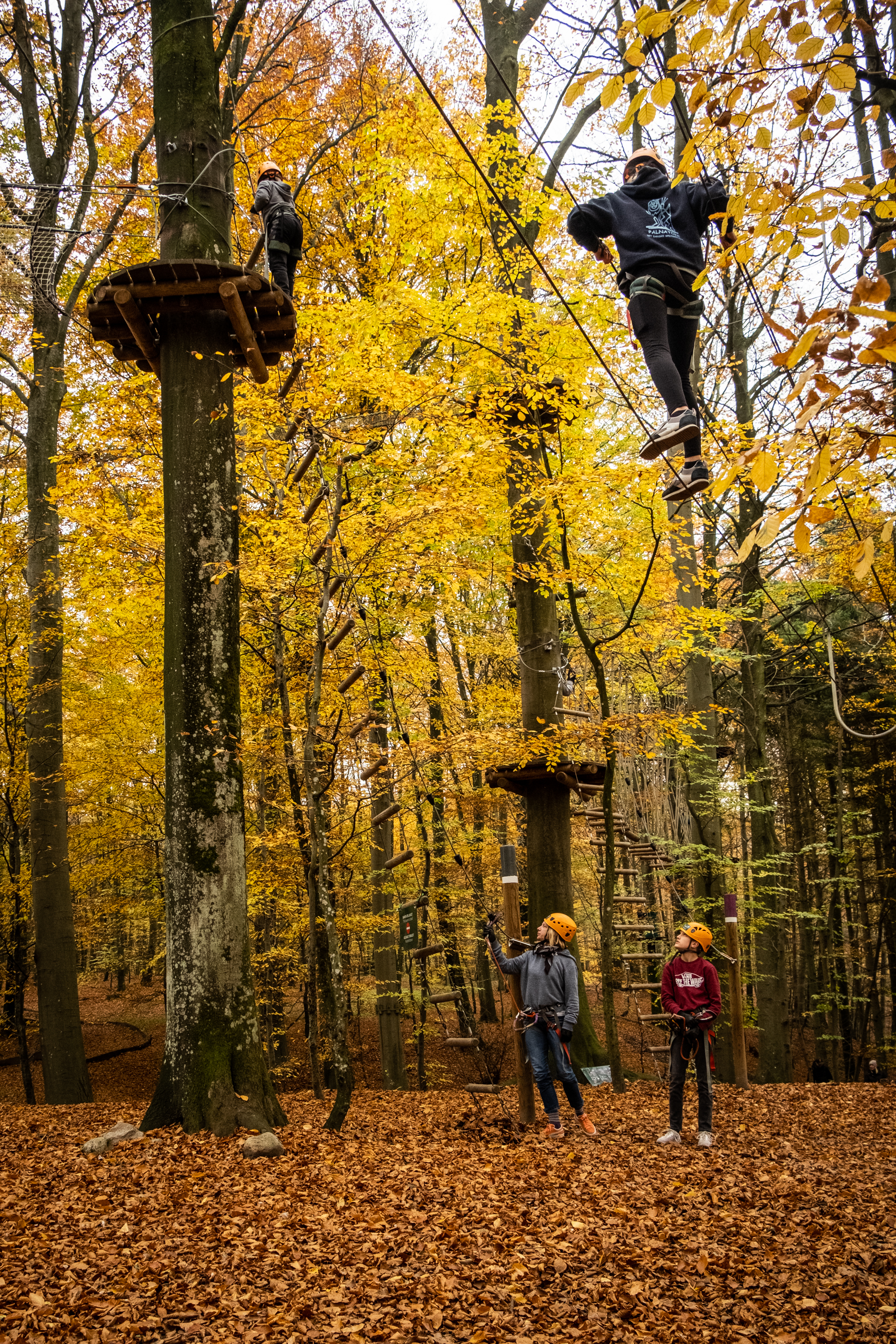 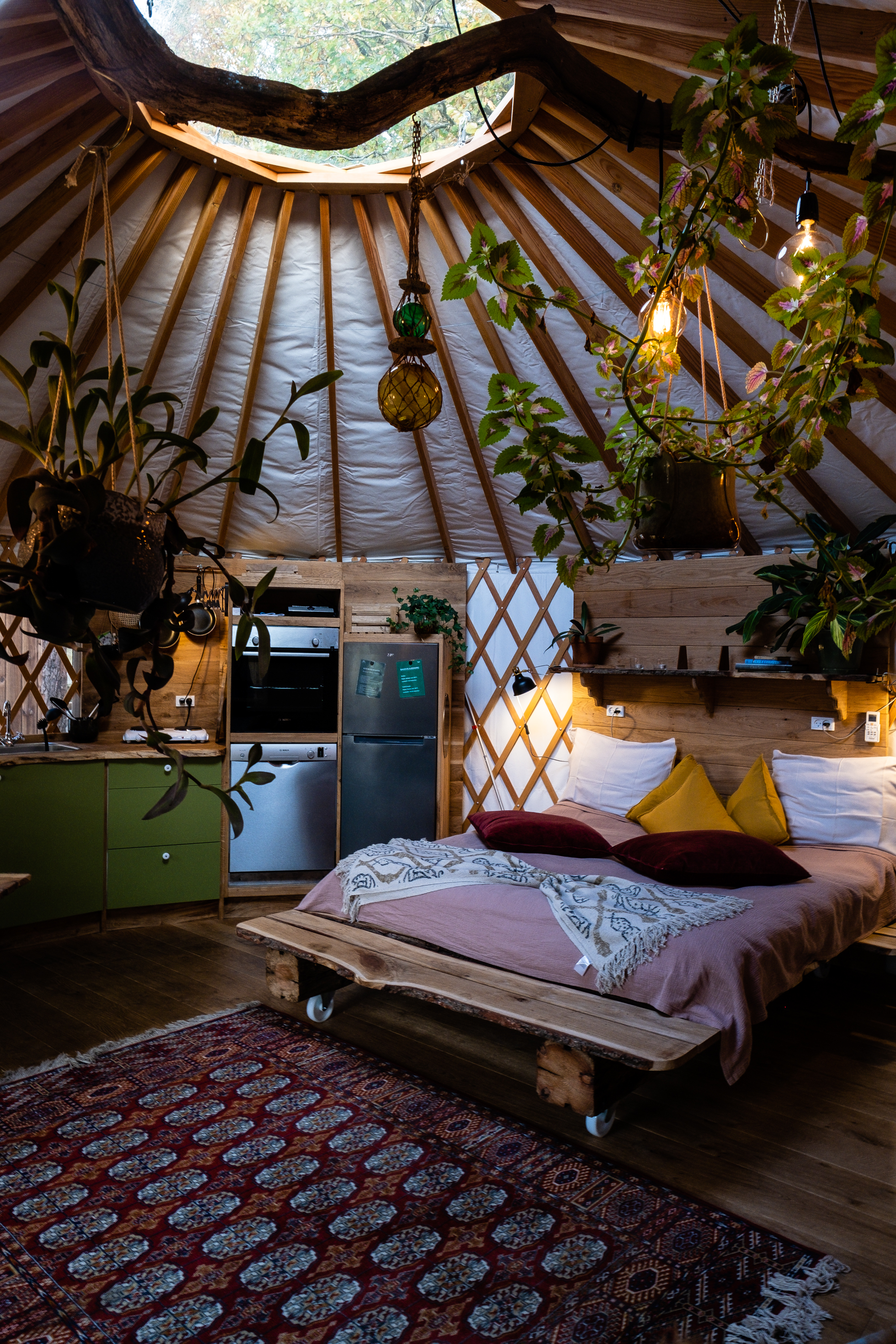