How chickenpox can stop you from flying – even if you’re feeling better: Everything you need to know about travelling on planes after the disease has struck

It is the common illness that causes a red rash and a fever – and it’s highly contagious.

In fact, it’s so contagious – you can catch it just by being in the same room as a chickenpox sufferer – that airlines don’t take any chances. If you turn up at the gate with chickenpox spots – even if you’re feeling better – you may be denied boarding.

When it is actually safe to fly after battling chickenpox is a hotly debated issue – so here we reveal everything you need to know about travelling on planes after the disease has struck. 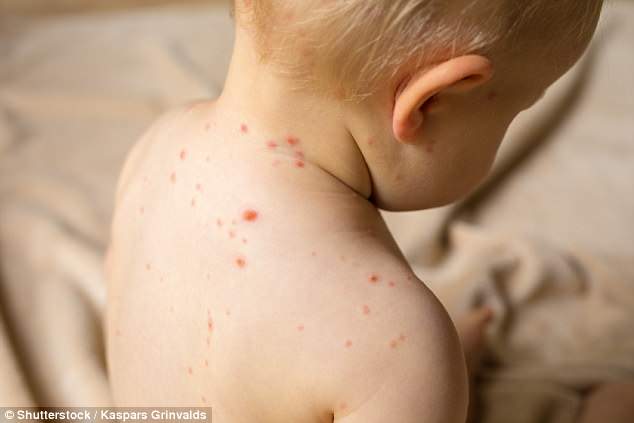 Chickenpox is caused by the varicella-zoster virus and is a common illness that most people catch when they are young.

The main symptoms of the condition are red, itchy spots that eventually dry out and crust over.

Sufferers can also contract a fever, suffer aches and pains and lose their appetite.

For most people it’s little more than a nuisance, but if a pregnant woman or a person with a low immune system contracts chickenpox, it can lead to serious complications including pneumonia and inflammation of the brain.

What’s more, the disease can be contracted by simply being in the same room as someone who has it for 15 minutes, as well as touching them or their clothes or bedding.

In light of this, it’s no surprise that airlines have strict rules about whether to allow those who’ve caught it on board. 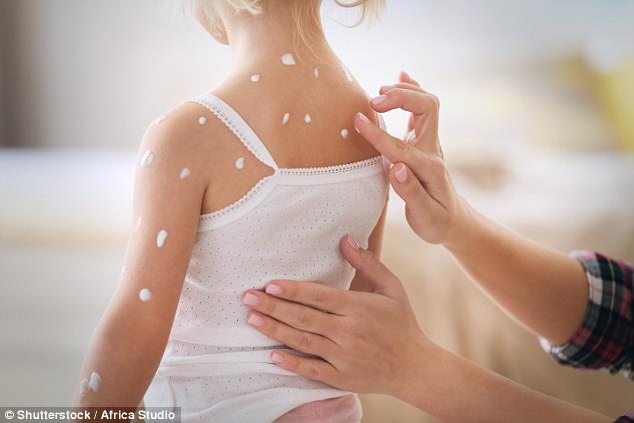 Once a child catches chickenpox, they are usually contagious two days before any symptoms show up until five days after their spots first started to appear (file picture)

The problem for would-be travellers who’ve caught it, or who are travelling with someone who has contracted it, is that the symptoms, those red spots, can linger for days after the contagious period is over.

And this can lead to some fraught conversations at the departure gate and with customs officers at the destination, who have the right to refuse entry to the country if they suspect someone is contagious.

The contagious period has ended, according to many health sites, when all the spots have scabbed over.

But GP Dr Julian Spinks, from Kent, summed it up in one line. He told MailOnline Travel that ‘the contagious period is from two days before the rash to five days after’.

He added some crucial advice, and that’s to contact the airline – because their rules vary and some insist on seeing a fit-to-fly note from a doctor. 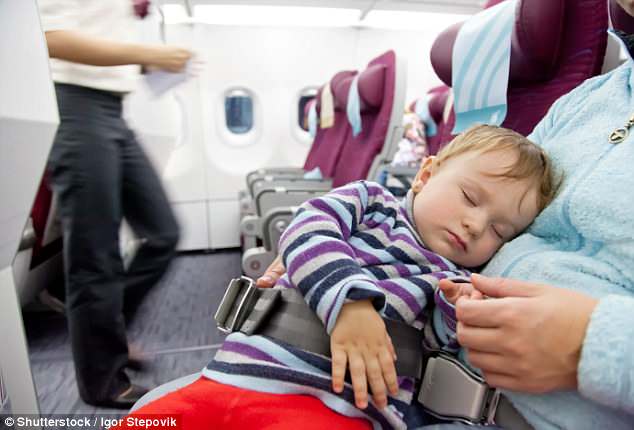 Airline rules on chickenpox vary, with some insisting on seeing a fit-to-fly note (file picture)

It reveals a range of approaches to the disease.

EasyJet and Ryanair say they will only accept passengers on board seven days after the rash first appeared.

Thomas Cook, meanwhile, says that passengers are free to travel seven days after the appearance of the rash.

AIRLINE POLICIES ON TRAVELLING WITH CHICKENPOX

Passengers can only travel on BA six days after the last crop of spots has appeared and provided they have crusted or scabbed over and the passenger does not have a fever. A letter from a doctor is also required confirming the passenger is no longer contagious.

Sufferers will need to wait seven days after the last spot appears before they can travel with the low-cost airline.

Travel is ‘unacceptable’ if active lesions are present. Passengers can fly six days after last blister/spot appears with all remaining eruptions crusted and dried.

If the passenger has active lesions, they will be denied boarding until they are all dried and crusted. Qantas also advises bringing a doctor’s letter specifying that the passenger is no longer contagious.

Passengers will only be allowed to travel seven days after the appearance of the last new blister/spot.

Passengers are free to travel on Thomas Cook seven days after the appearance of the rash.

Passengers are fine to fly if it has been seven days since the last new spots, the existing crop are crusted/scabbed and they don’t have a fever.