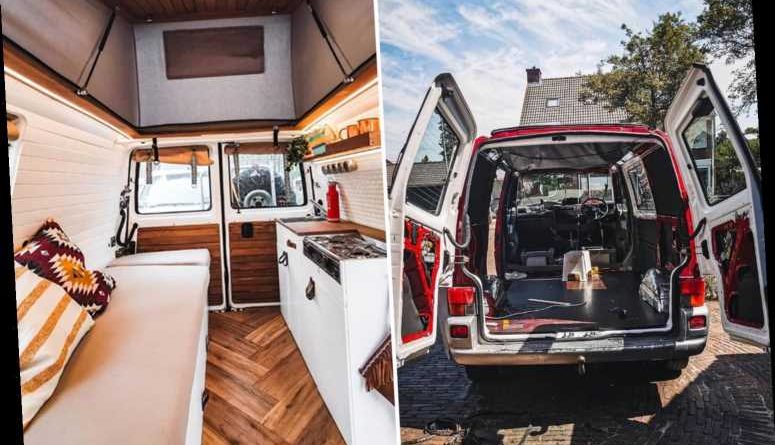 The van has been part of the family from a young age, siblings Tom Hofker, 21, and Sanne Hofker, 19 said. 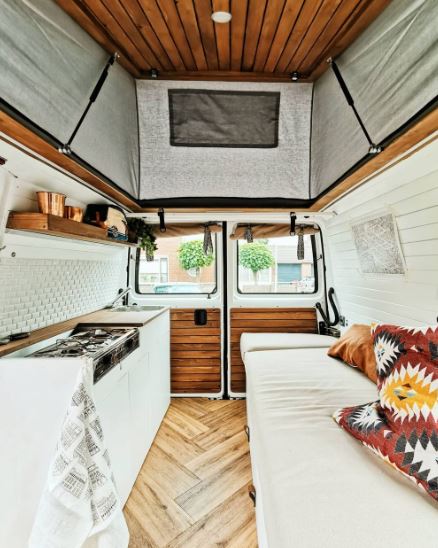 The 2003 Volkswagen T4 Transporter was used by their mum for work, but they decided to do it up when they bought a newer version.

In the Netherlands, passenger vans can be taxed heavily, so they initially planned to do it on a budget to avoid the additional costs.

However, they decided to do a full renovation of the van – adding in a seating area, kitchenette and even pop up roof for around £3,000 altogether.

While Tom, who is studying medicine, did the woodwork and their father did the electrics, Sanne and their mum used Instagram and Pinterest for interior inspiration, creating cushions and soft furnishings for the interior.

They have since shared the transformation on their Instagram, earning lots of fans. 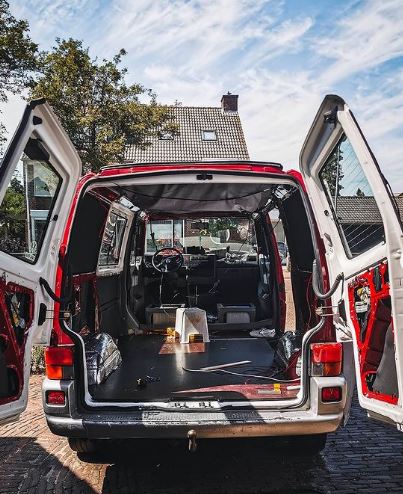 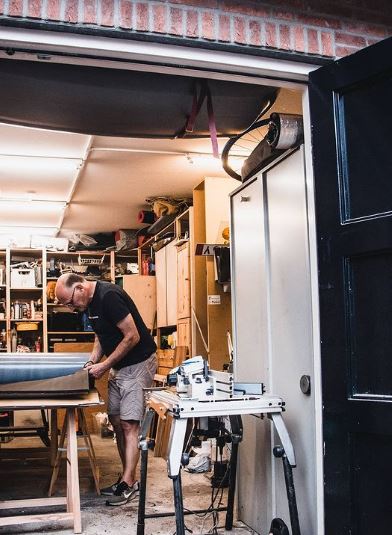 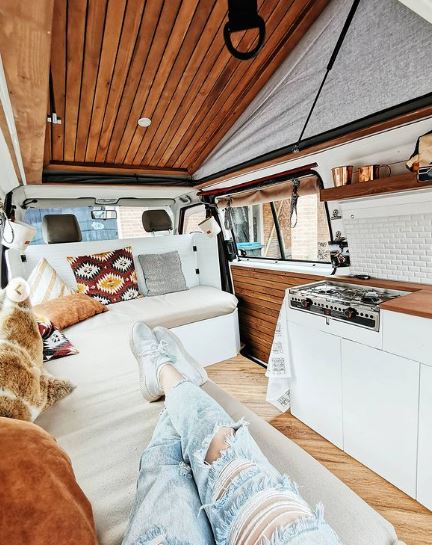 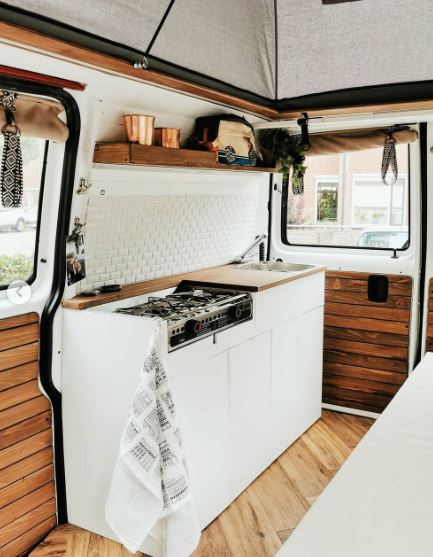 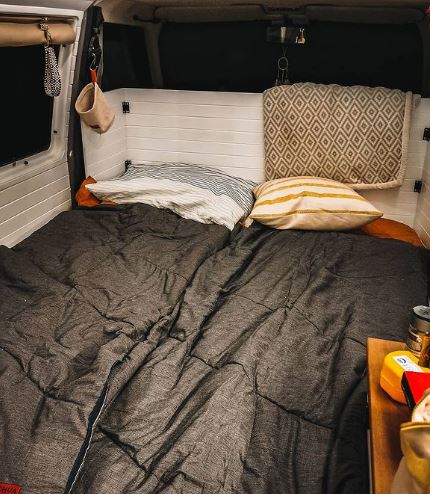 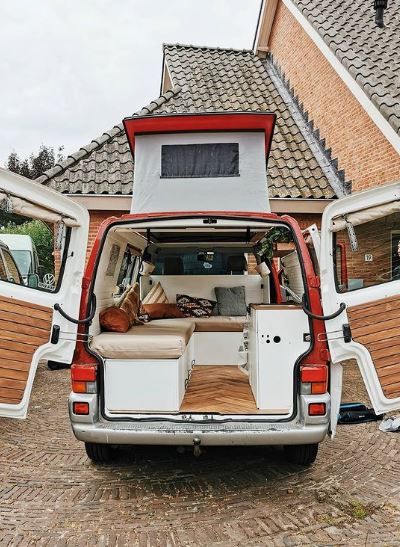 Sanne, currently studying at an art academy, told Sun Online Travel: "We did it on a relatively small budget for a not-cheap looking interior.

"We just bought a lot of wood, paint and fabric and went to work.

"The hardest part was getting it all to fit – the sofa cushions are just cut-up Ikea mattresses."

They spent seven weeks during the pandemic converting the "bohemian modern" van, which has a sink and oven in the kitchenette, as well as a corner sofa which converts to a double bed.

When travelling is allowed again, they plan to visit Norway, France and Spain, and even Scotland – and say it has inspired them to undertake even bigger renovation projects.

Tom told Insider: "We immediately started thinking about another project once this was done.

"And if we're ever going to build another camper van, we're going to go bigger."

A savvy mum spent 24 hours converting an outdated caravan for just £230, with plans to travel around Australia in it.

One man, from Somerset, spent his time in lockdown turning an old white van into a high-end luxury campervan – with a tiled heated shower and smart kitchen.

Here are some other amazing caravan conversions, some of which cost just £198.