A BRITISH family have slammed TUI after their £3,500 dream cruise was ruined when their cabin flooded with raw sewage.

Kass Stone, 42, had booked the holiday for his wife and two children when their bathroom filled up with the ankle-deep dirty water. 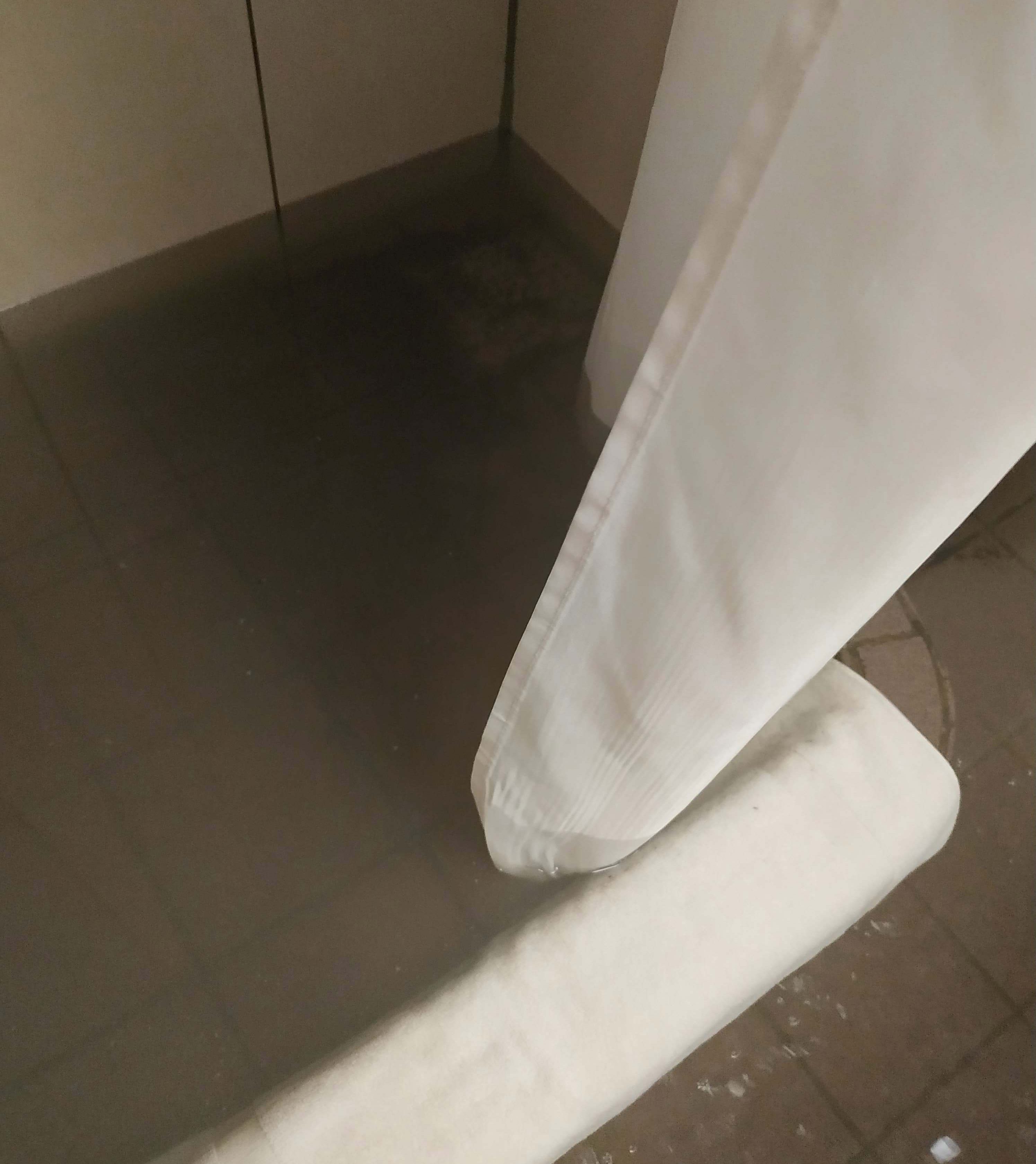 He also claimed that the situation was made worse after TUI refused to move them from the contaminated cabin – and simply put a heater in their room to dry it out.

Kass, from Bexley, London, paid £3,490 for the Adriatic cruise aboard the Marella Celebration, which departed from Dubrovnik on May 23.

However, they quickly faced problems when raw sewage started bubbling up through the shower.

Kass explained: "We had to put up with this damp, unclean water smell and you just never really felt clean, you just felt dirty the whole time and we had to sit there for a whole week. 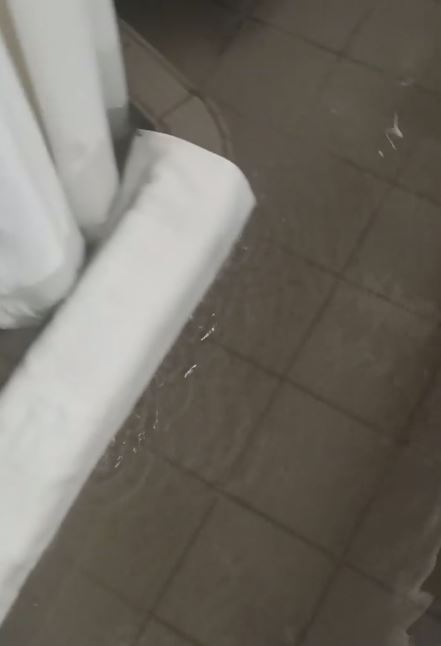 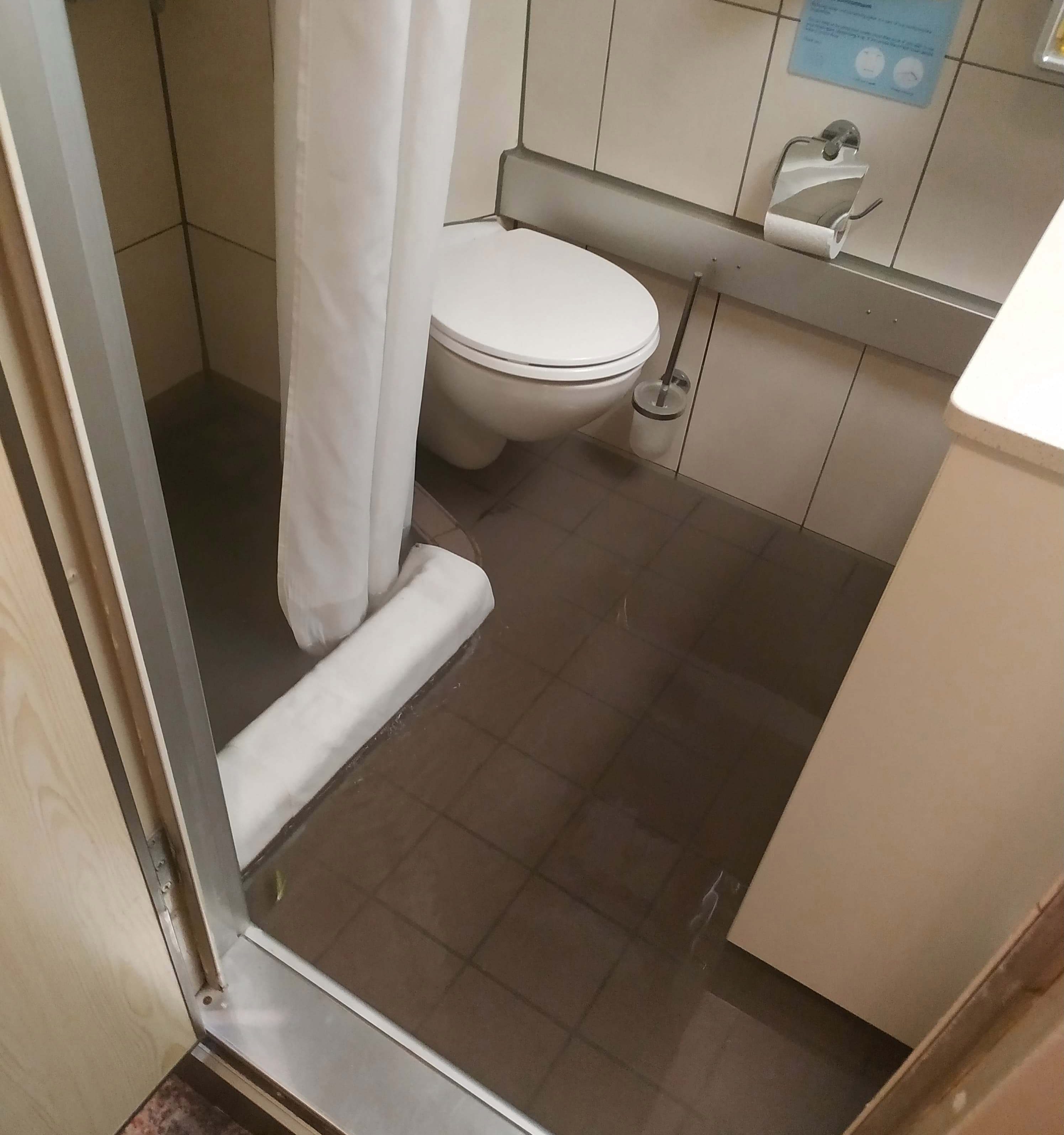 "It ruined the holiday, it got to the point where we dreaded going back to the cabin."

After informing staff on board the ship, the drain was fixed, but nobody came to clean up the mess until Kass complained again.

Eventually a large heater was brought in to speed up the drying process, but Kass says the noise and heat from the machine only made matters worse, as the awful stench became overpowering in the sweltering heat.

Another video from Kass shows the heater in action, with the loud whirring audible in the background. 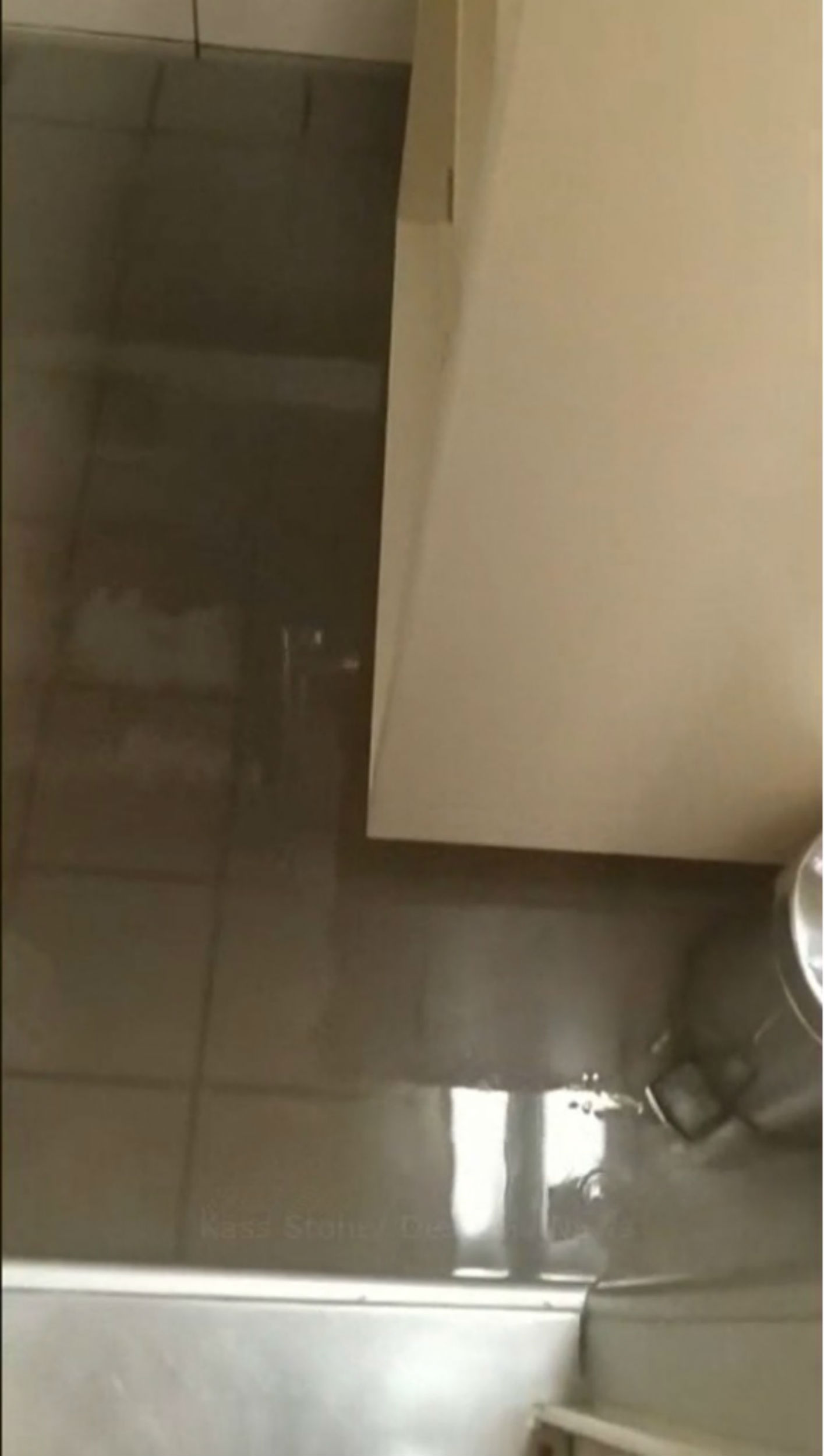 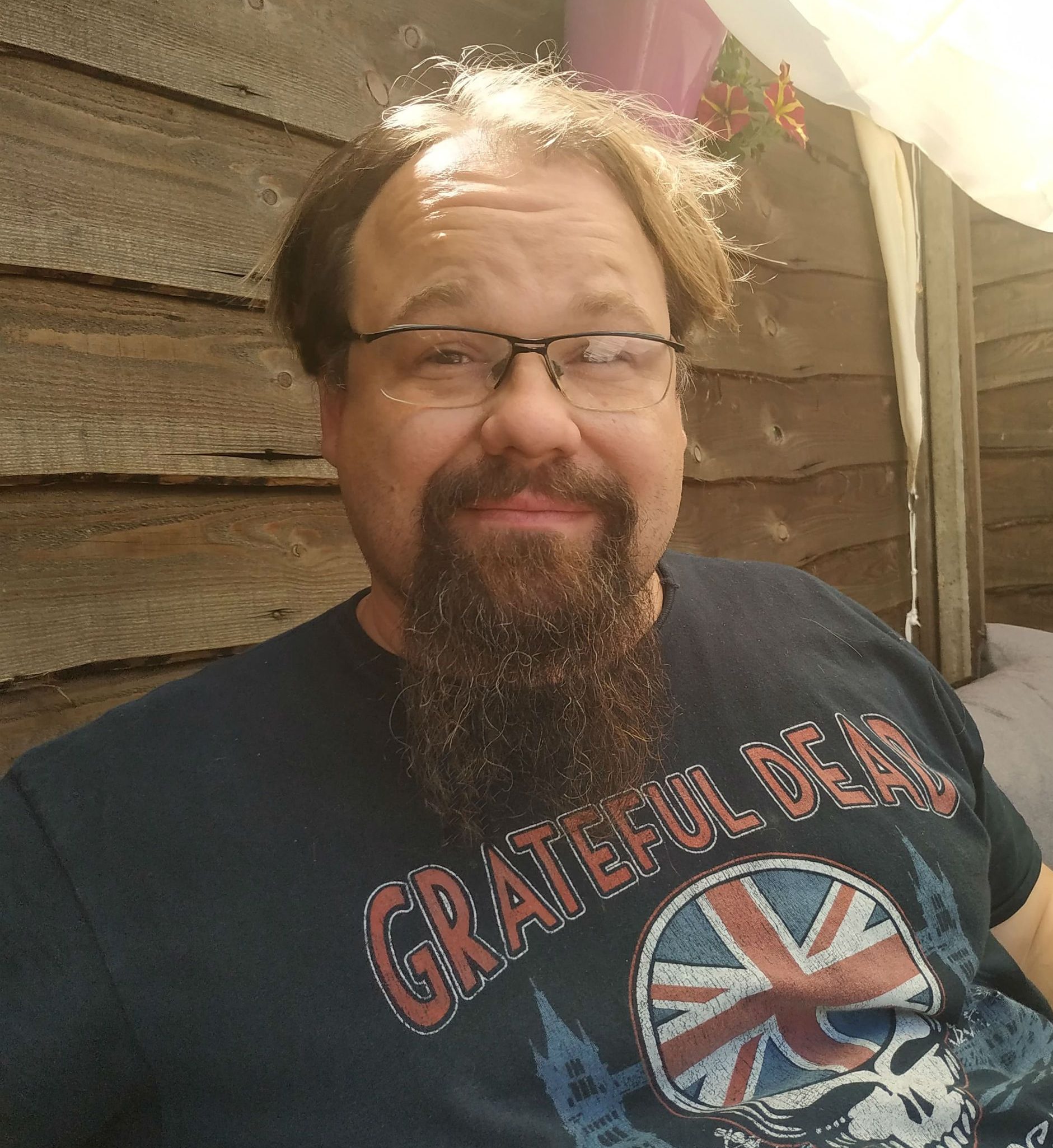 He can be heard saying sarcastically: "Lots of loud machinery, right next to where we sleep, for the third day going – yay."

The family were also unable to use their bathroom for the remainder of the holiday, forcing them to shower in the ship's public spa – much to the embarrassment of Kass' two children aged twelve and six.

Kass said: "My children were incredibly excited about the trip, but they were both so embarrassed about having to shower in a public spa.

"It took the wind out of the sails really, we don't make a fortune and we saved up and the kids were excited, but now it's ruined." 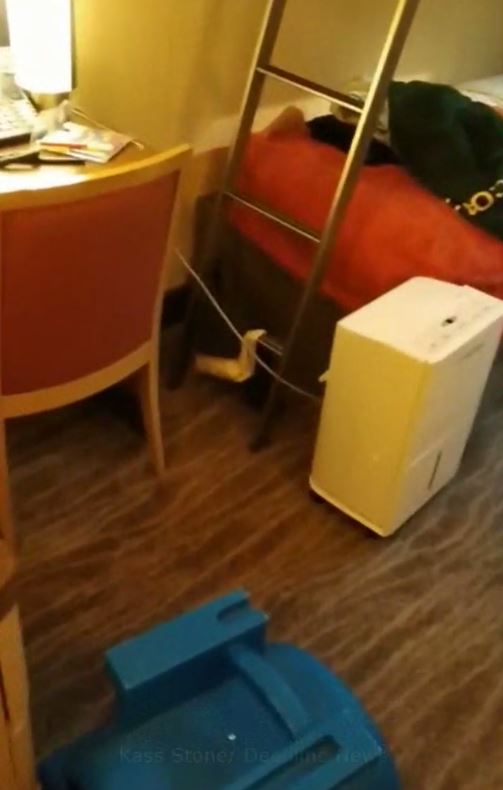 After getting no response to his complaint from TUI, Kass posted on Facebook to vent his frustrations.

He wrote in his post yesterday: "Our cabin flooded with waste water, no alternative accommodation offered in spite of persistent stench, wet carpet and overall unhygienic conditions, especially for two young children.

"The cruise was ruined and TUI/Marella have not responded to our complaint over a month later. Is this how you treat customers?"

Kass says the family were offered £50 of on board credit as compensation, but that this is not enough.

He is now seeking a refund of the final four days of the holiday, plus compensation for the ordeal.

Kass said: "The most infuriating thing is that they didn't get back to us. We're returning customers and there is no loyalty, no recognition that you have spent a lot of money.

"No reason was given for why we couldn't change rooms, nothing was clearly explained. We were excited about this trip and they robbed it from us."

The Marella Celebration was refurbished in 2012 and promises guests "jazzed-up cabins" with en-suite bathrooms, aiming to deliver an experience that "really knows how to spoil you".

Another TUI family were furious after their £7,000 holiday to Croatia was ruined when their hotel was still half-built.

Many of the facilities including the spa and the water slides were not open and they claimed the resort smelt of sewage.