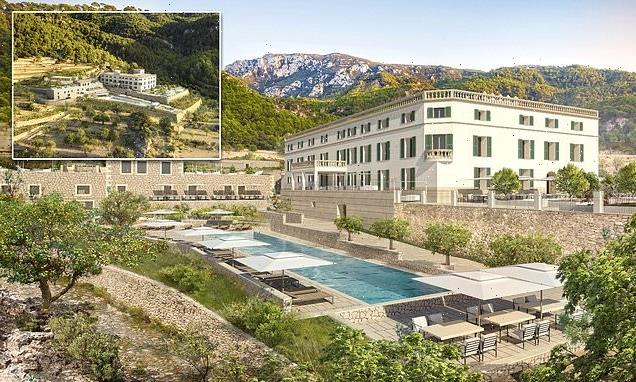 First look: Richard Branson’s luxury new 28-room hotel on Mallorca, which is housed in a historic 15th-century building and will boast a pool with ‘incredible’ views

First-look pictures have been released of Sir Richard Branson’s brand-new hotel in Mallorca, due to open in summer 2023.

It occupies a plot on the tycoon’s Son Bunyola Estate – part of the Virgin Limited Edition portfolio of posh properties.

The hotel is housed in a restored 15th-century finca (a rural estate) and will boast 28 ‘stunning’ rooms and suites, a swimming pool ‘with incredible views of the surrounding countryside’ and two restaurants. 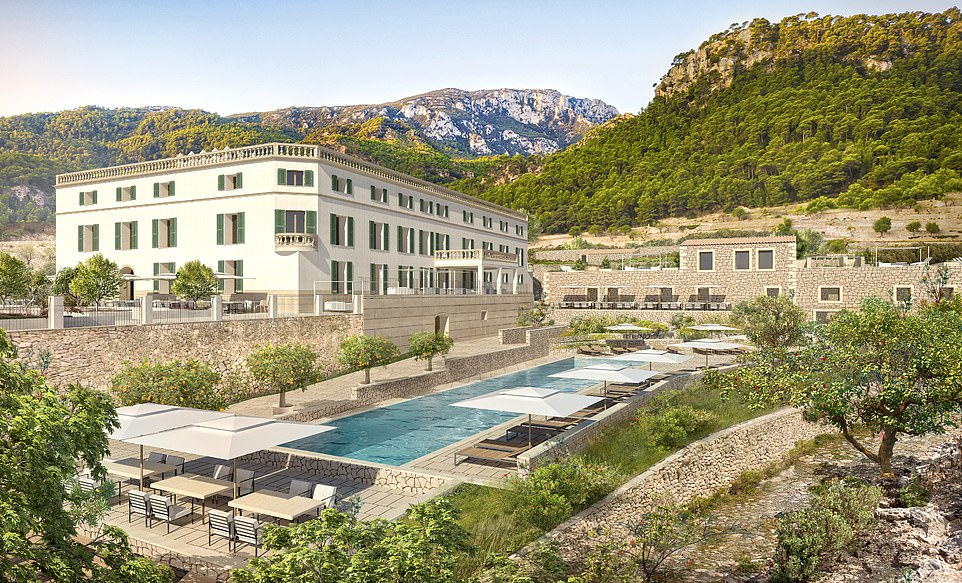 This first-look rendering shows Sir Richard Branson’s brand-new hotel in Mallorca, which is due to open in summer 2023

It will be called the ‘Son Bunyola Hotel’ and ‘form an integral part of the spectacular 810-acre estate’, which is positioned in the Serra de Tramuntana region, a Unesco World Heritage site on Mallorca’s north-western coast.

Virgin Limited Edition said: ‘Surrounded by vines, citrus fruit trees, almond and olive trees – the finca is a historical monument, central to the private estate and fundamental to the history of the local area.

‘The hotel will retain all the original features of the finca, bringing it back to life as a stunning new hotel in one of the most prestigious and protected areas of the Tramuntana region, along with incredible sweeping views of the Mediterranean coastline.’

Development of the finca began in June last year, as MailOnline Travel reported, with Virgin Limited Edition adding: ‘[It’s] a meticulous historical reconstruction project focusing on the existing buildings and structures, using traditional and local materials at the core of the hotel’s design. 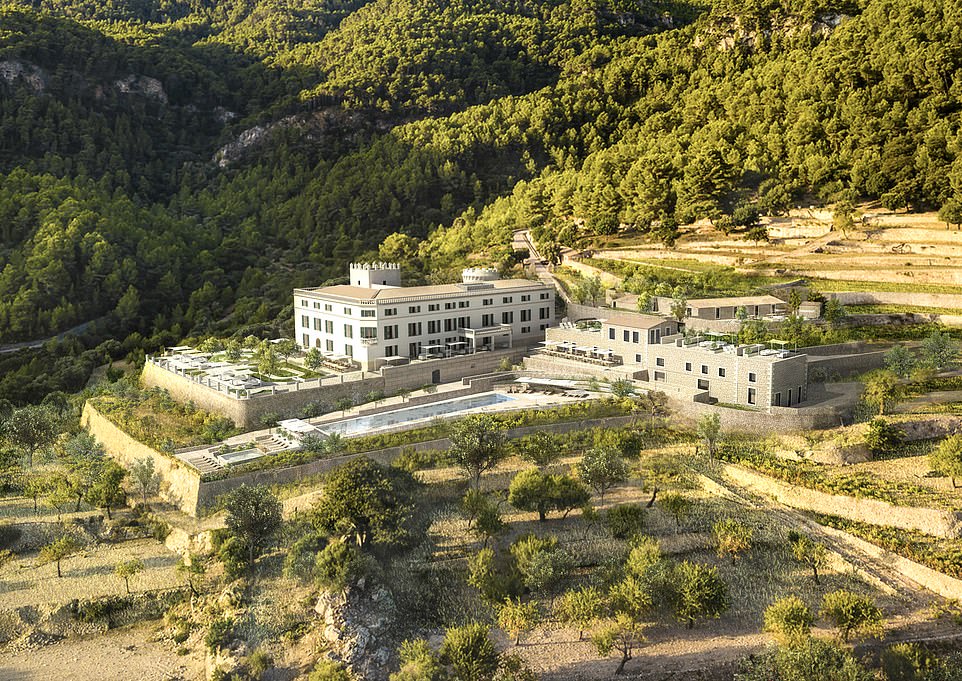 The new hotel (rendering above) – called the ‘Son Bunyola Hotel’ – occupies a plot on the tycoon’s Son Bunyola Estate, part of the Virgin Limited Edition portfolio of posh properties 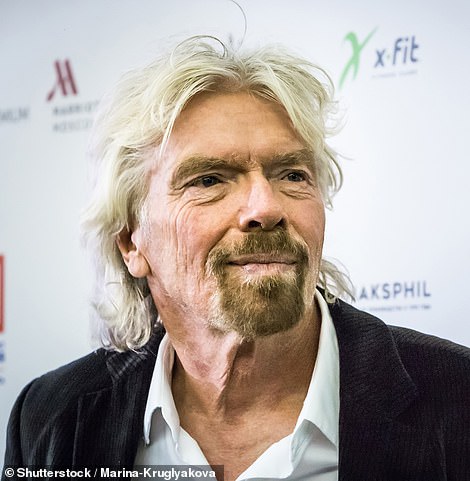 Sir Richard, whose love of Majorca dates back more than 30 years

‘The combination of new design with existing historical elements such as wooden carpentry, stone arches, wrought ironwork and lime rendering will help bring the hotel to life, while ensuring the Finca’s history is celebrated and showcased at every possible opportunity.’

The hotel comprises the main finca and the tafone (mill), which previously contained a historic olive press as well as several annexe buildings. These will house the 28 rooms and suites, including two ‘showcase’ Tower Suites – one of which was originally a medieval defence tower built in the 15th century.

Jon Brown, Managing Director of Virgin Limited Edition, commented: ‘The north-western coast of Mallorca has always been a very special place for Sir Richard Branson and Virgin Limited Edition. We are absolutely thrilled to have the opportunity to restore this beautiful monument and honour its rich history, and look forward to welcoming another small luxury hotel to our portfolio.’

Sir Richard’s love of Mallorca dates back more than 30 years. 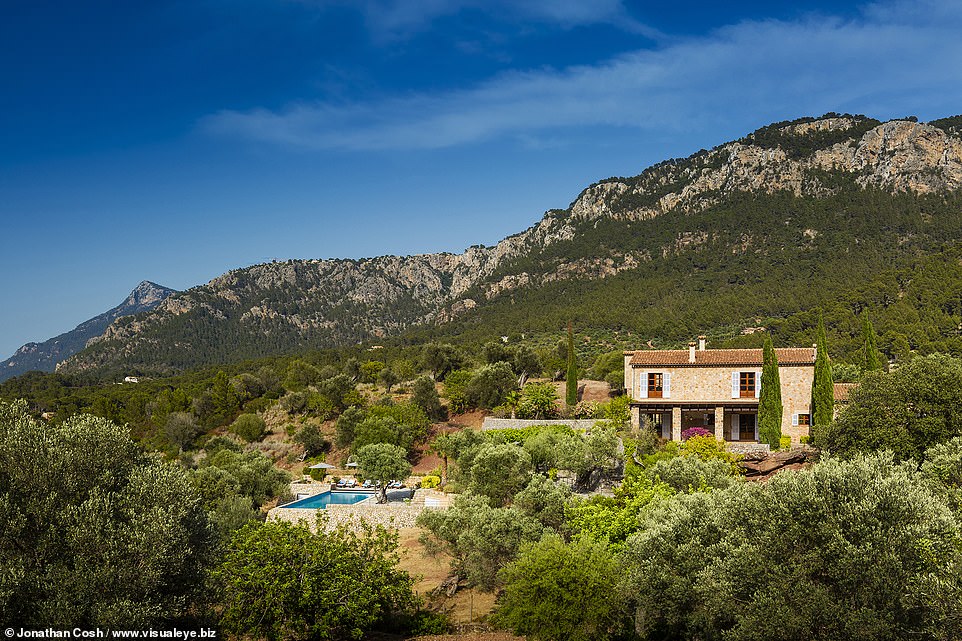 He bought the Son Bunyola estate in 1987. But he sold it in 2002 after he was refused planning permission to build a luxury boutique hotel on the land.

Then, in 2015, the Son Bunyola estate went back on the market and the tycoon snapped it up for £11million from the couple he sold it to 13 years earlier and incorporated it into the Virgin Limited Edition collection. 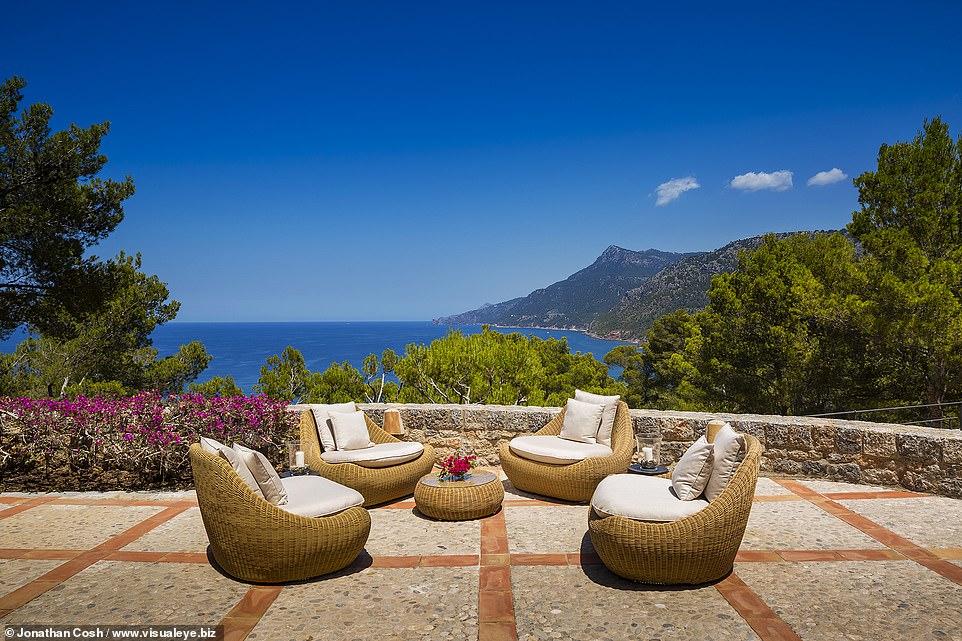 The enticing outdoor pool at the Sa Punta de S’Aguila villa, which has five en-suite bedrooms

Son Balagueret, the newest villa, is a ‘traditional and secluded four-bedroom Mallorcan villa with plenty of space for guests to relax and take in the beautiful views of the Mediterranean Sea’.

Rental prices for the villas include all drinks, meals, concierge and housekeeping services and Wi-Fi.

The other properties in the Virgin Limited Edition group are Mahali Mzuri in Kenya, Necker Island and Moskito Island in the British Virgin Islands, Kasbah Tamadot in Morocco, The Lodge in Verbier in the Swiss Alps, and Ulusaba and Mont Rochelle in South Africa.