The world’s first ‘space travel agent’ has launched in the UK after increased demand from budding astronauts.

However, bookings for trips will only be confirmed once space holidays become available to holidaymakers. At the moment they don’t, though a hotel is due in earth’s orbit due to open in 2021. 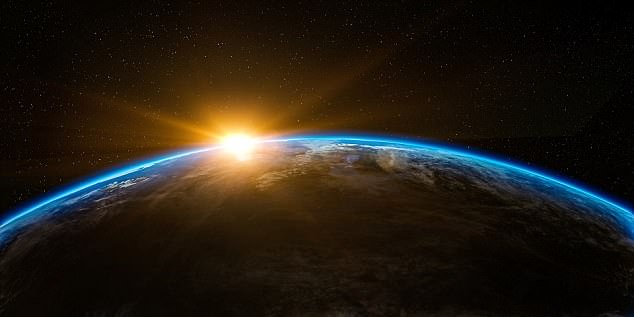 The space travel agent has been launched though online marketplace bark.com, which spotted an increase in people inquiring about space travel.

It has launched the service now so potential passengers can register their interest before holidays become available.

When they are available to book, bark.com will contact all of those who have registered interest to confirm their place on one of the trips, with all packages having a minimum 14-day stay.

Kai Feller, co-founder of bark.com, said: ‘We were initially surprised to see so many enquiries through the site for space travel agents, but news of the first space hotel made us realise there is a gap in the market for this service.

‘Being an astronaut is a childhood dream for so many people and while it’s not always attainable for everyone because it’s quite a difficult profession to get in to, this gives people the chance to experience it for a few weeks at leisure.’

News of the travel agency comes just weeks after California-based firm Orion Span announced that the first-ever luxury ‘space hotel’ will be in orbit within four years, and able to welcome passenger within five years. 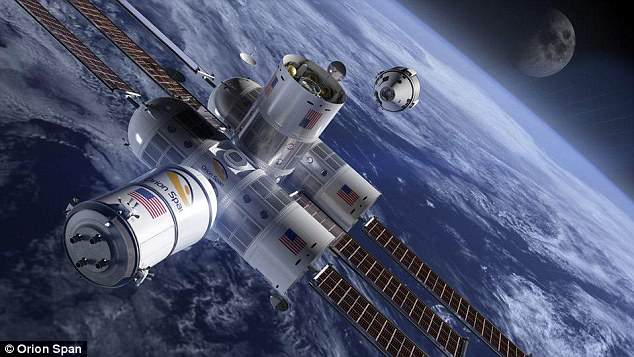 California-based firm Orion Span has announced that its luxury ‘space hotel’ will be in orbit within four years, and able to welcome passenger within five years

The experience will allow guests to test out zero gravity and gaze upon stunning views of Earth, as well as witness an average of 16 sunrises and sunsets a day.

The space hotel, dubbed Aurora Station, will house six people at any one time – four paying passengers and two crew.

Orion Span was founded by Frank Bunger, now the CEO, and the company claims its mission is to ‘build and sustain human communities in space accessible to all’.