A London airport says it has successfully trialled a ground-breaking surveillance system that allows them to track and stop ‘rogue’ drones being flown close to the final approach.

Southend Airport installed the technology at the beginning of this week for a week-long trial.

A series of ‘tame’ drones were then deployed near the airport in order to test how the equipment worked in an ‘as live’ situation. 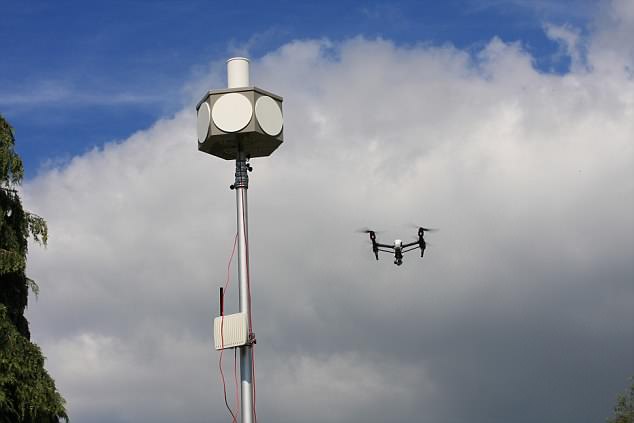 The technology was able to spot the drones and even establish where they are being operated from – which offers airport operators the chance to identify them before they venture into dangerous areas.

The new surveillance system has been developed by airport security firm IPS IS and Metis, an aerospace and defence company based in Lincolnshire.

Their system, called IPS-Metis Skyperion not only spots drones much sooner than previously possible and allows them to be tracked, but it also identifies exactly where the operator is located, something which has previously been almost impossible.

The equipment includes two airfield sensors that offer 360-degree coverage up to four kilometres – in all weathers, 24 hours a day – feeding back real-time information to a control ‘station’ located with the Air Traffic Control team.

Tony Burnell, CEO of Metis Aerospace Ltd, said: ‘We are very grateful to London Southend to allow IPS and Metis the opportunity to prove the Skyperion technology in their operational environment.

‘We are looking forward to continuing the forward-thinking relationship with London Southend to develop Skyperion for integration into Air Traffic Systems.’ 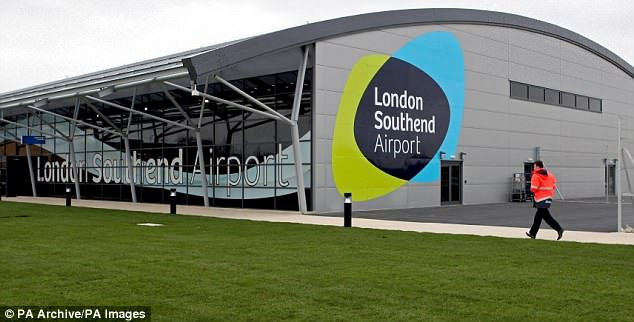 Southend Airport, pictured, installed the technology at the beginning of this week for a week-long trial

Ansar Ali, chairman of IPS Limited, added: ‘We are proud to be working in partnership with Tony Burnell and the team at Metis Aerospace, and we are grateful to Damon Knight at London Southend Airport for facilitating the proving trial at London Southend.

‘We are delighted with the success of the trial and we look forward to working with users, regulators and other stakeholders in further developing the system, in order to provide enhanced safety, security and business continuity at airfields and other critical locations.’

Rogue drones are becoming an increasing issue for UK airports with upwards of four sightings per week in the London airspace area alone.

Drones are readily available from high-street shops and can be flown within a few minutes of purchasing, and although they have many lawful uses they can also be easily adapted to carry a range of payloads, from cameras to explosives.

Most drones are very difficult to spot, due to their size and colour.

However, if one is sighted near the critical part of an airport, such as the final approach to the runway, then the only option is to completely stop operations.

This happened at Gatwick Airport in July 2017. There were delays for thousands of passengers and considerable costs to the airport. 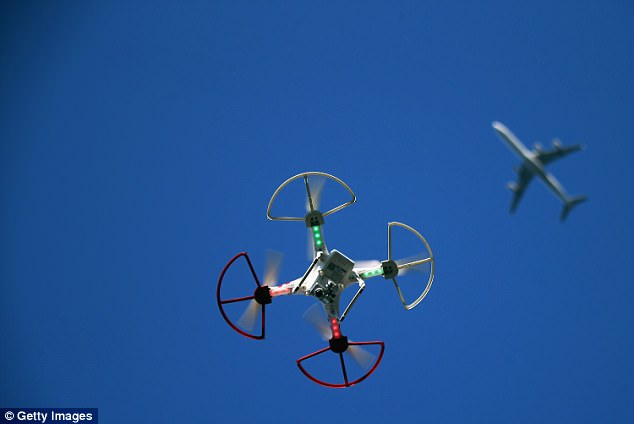 Drone users must follow restrictions on flying near airports, people and built-up areas.

The government is due to publish a draft drone bill in the coming months that will require users to register and sit safety awareness tests.

Damon Knight, head of London Southend Airport air traffic services, said: ‘We do not have any outstanding issues with “rogue” drone operations at London Southend, but we have had some sightings near the airport which fortunately have not affected our operations.

‘However, we recognise that there is a wider problem for the aviation industry and so as an airport we have been very involved in understanding how we can deal with the issue and helping to explore ways to co-ordinate drone activity in the existing aviation operational framework.’

‘After being introduced to IPS and Metis and witnessing a live demonstration of their drone surveillance system we recognised the huge potential of the system for the whole aviation industry and so therefore invited both companies to undertake a trial in an operational environment here at London Southend. ‘