A FUMING flight attendant has called out passengers for being disgusting and has issued a guide on how to use the plane toilets.

AirAsia flight attendant Amir slammed travellers on his Instagram account, before teaching people what not to do. 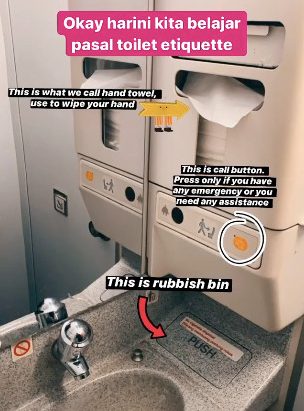 Sharing images on Instagram Stories, he sarcastically explained all of the basic functions in the toilet.

He used arrows, with one caption stating "this is the rubbish bin" while another said "this is what we call a hand towel, use to wipe your hand".

His first tip shows what to do when drying your hands and using a paper towel.

Amir advised, along with pictures of a full bin: "Do not dispose of your used hand towel like this!

"Everyone after you will do the same thing as you did! Be responsible! Dispose properly."

I decide my vibe

I decide my vibe

To avoid touching the flap, he said to grab a "few pieces of hand towel and cover the bin flap" before pushing the flap down.

He also said using your own hand sanitiser after using the toilet is advised.

If you're scared to touch the flush button due to germs, he says you should use paper towels to press it.

Amir added that passengers should use the toilet for whatever is "big or small" which included vomit, rudely adding: "Not in the sinks or on the floor."

Another obvious sign was pointing to the toilet roll, saying "this is toilet roll". 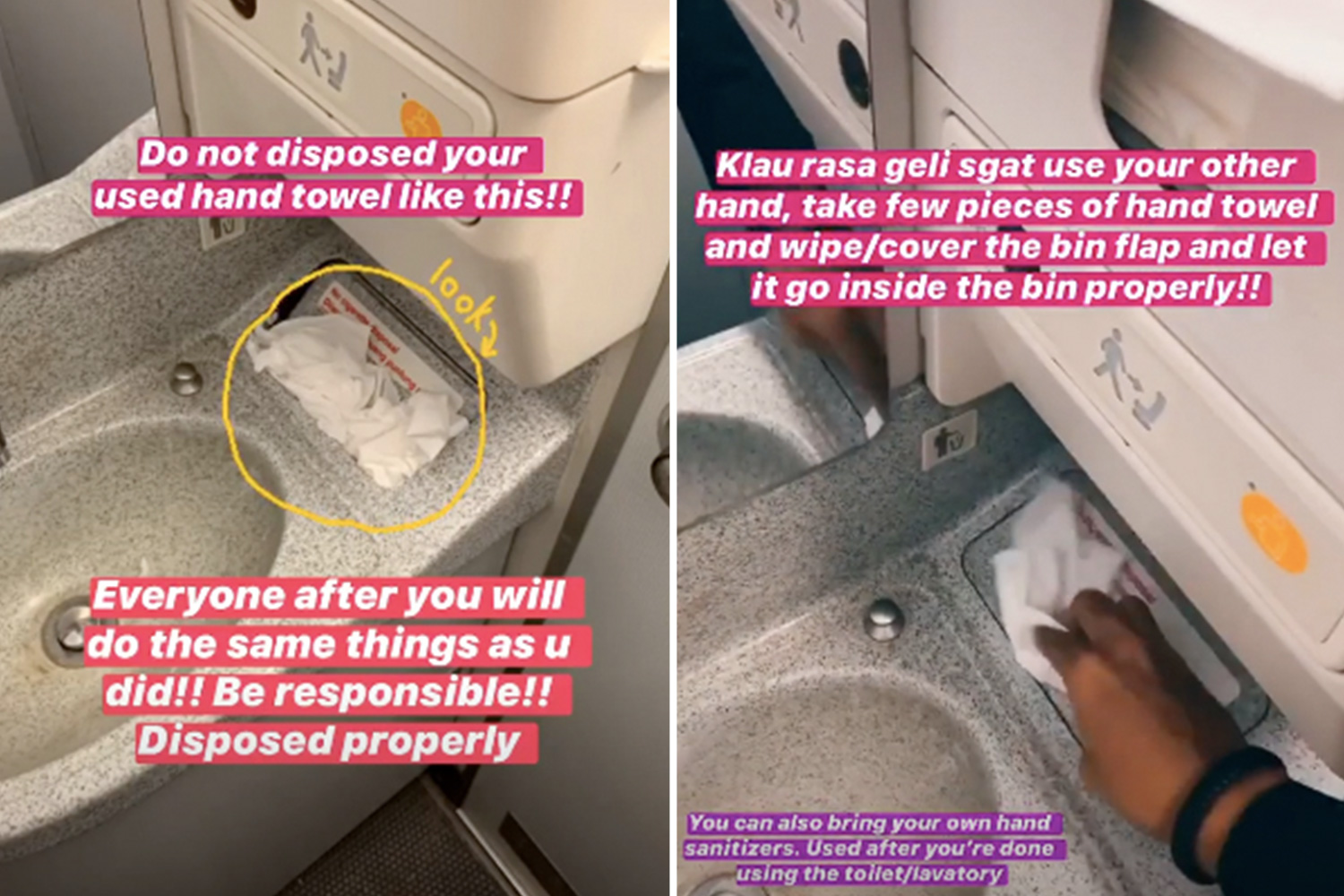 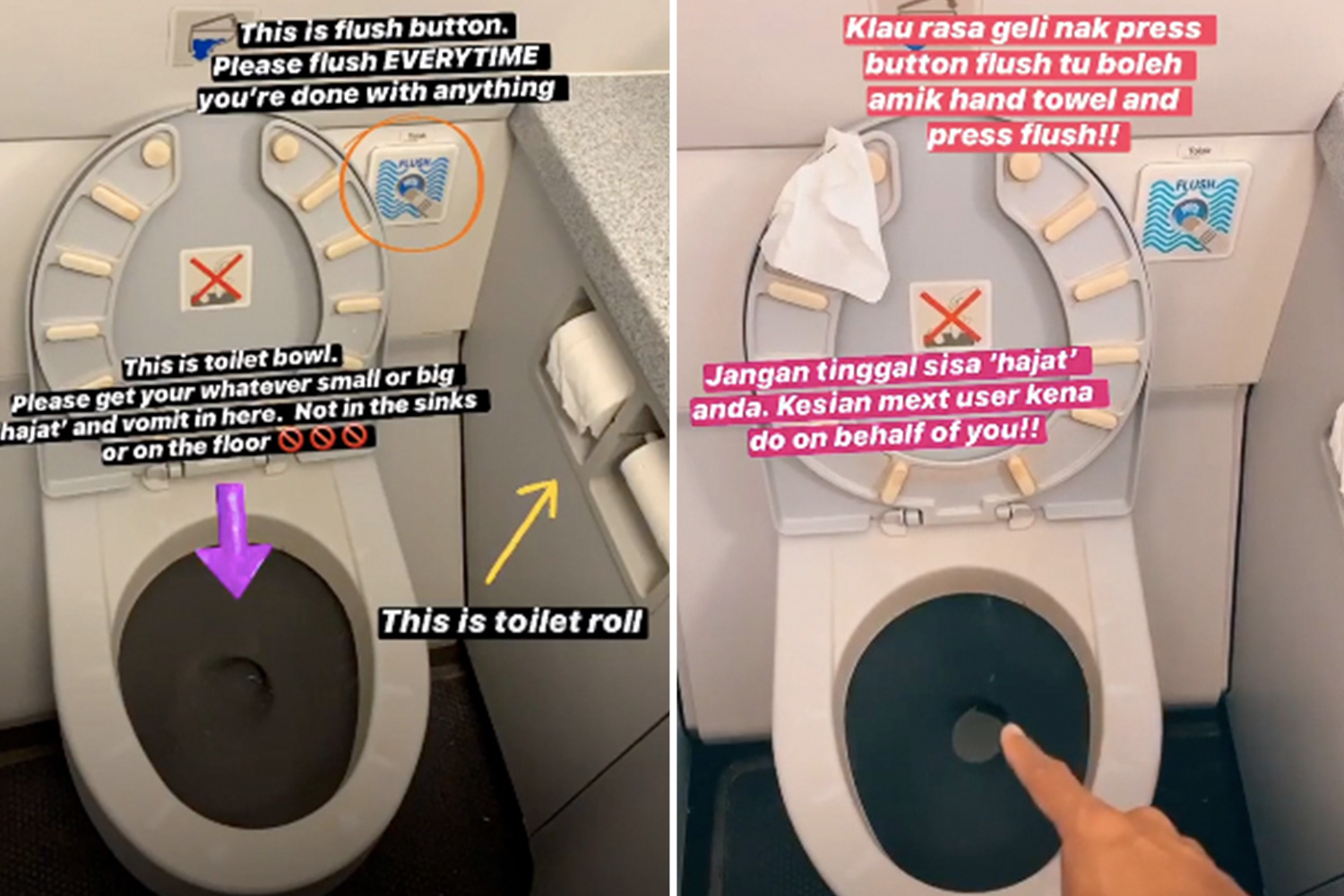 Amir also told passengers to use the changing tables above the toilet bowl for changing nappies – and not the tray table in the cabin that many use.

He added: "Feel free to ask a small plastic bag from crew to tie up your used baby diapers".

Something passengers are very unlikely to do is to ask for a cup of water to replicate a "bidet" or to ask for air freshener after using it.

While he says crew are able to do it, it may get you some weird looks from other passengers.

A flight attendant previously said the worst thing you can do is walk barefoot to the plane toilet.

A Ryanair passenger slammed the airline after finding the toilet blocked and bottles of water to wash his hands with.

Crew say they don't like people using the bathroom before take off as can easily lead to someone falling over.

Trump again warns country of a ‘rough’ next two weeks