The inflatable island in Subic Bay in the Zambales province of the Philippines features a range of inflatable slides, bridges, swings, towers and something called a "human launcher." 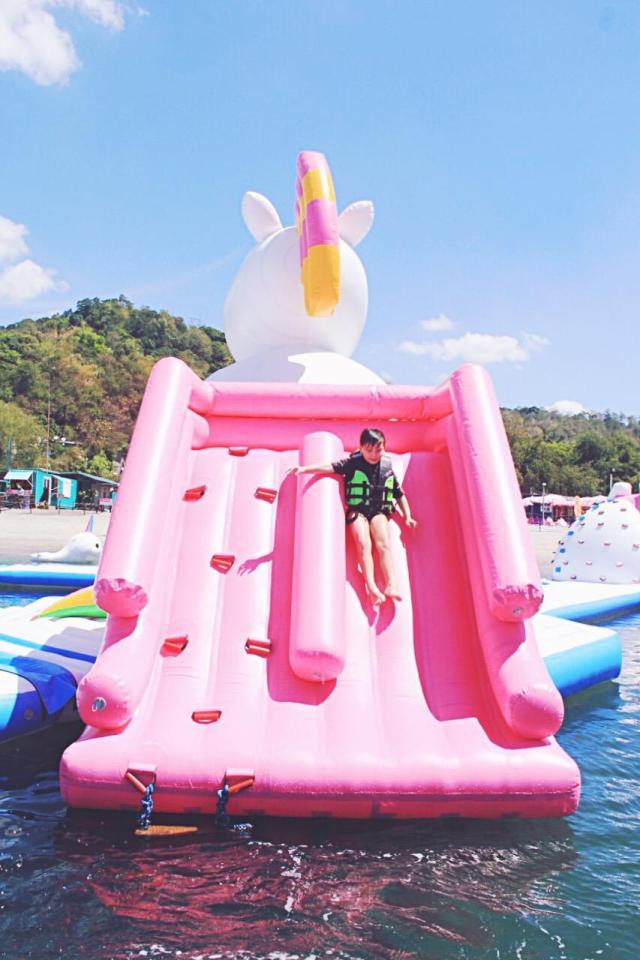 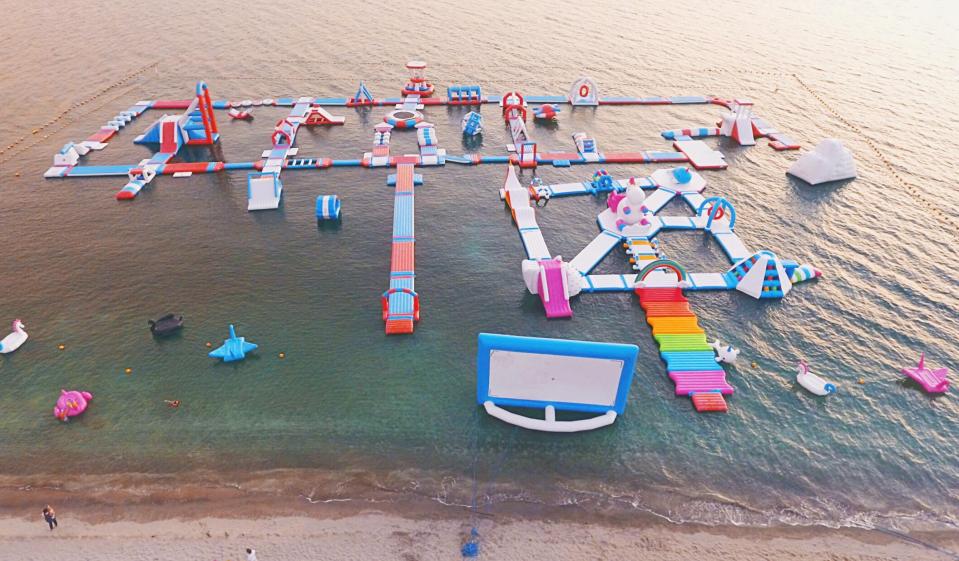 The island is a relatively new attraction; it first opened at the beginning of April 2017, billing itself as “the biggest floating playground in Asia.”

At the time, it covered 3,400 square metres, or an area roughly the size of eight basketball courts placed next to each other.

Now, though, the island covers over 4,100 square metres, or around 44,132 square feet — all thanks to the Unicorn Island expansion.

In addition to all the obstacles that already existed on the main Inflatable Island, Unicorn Island, which just opened, adds another six obstacles to the list. 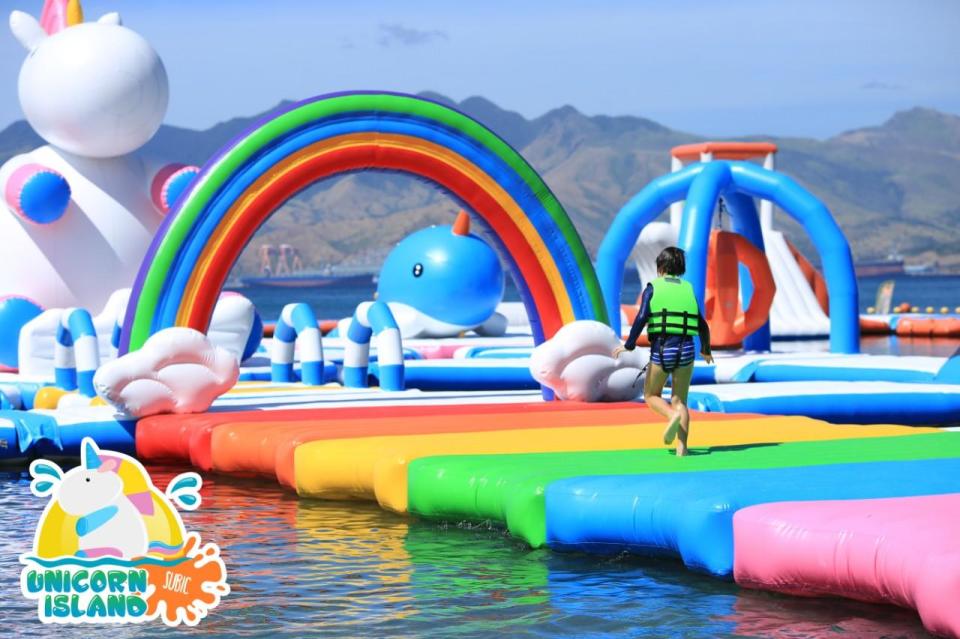 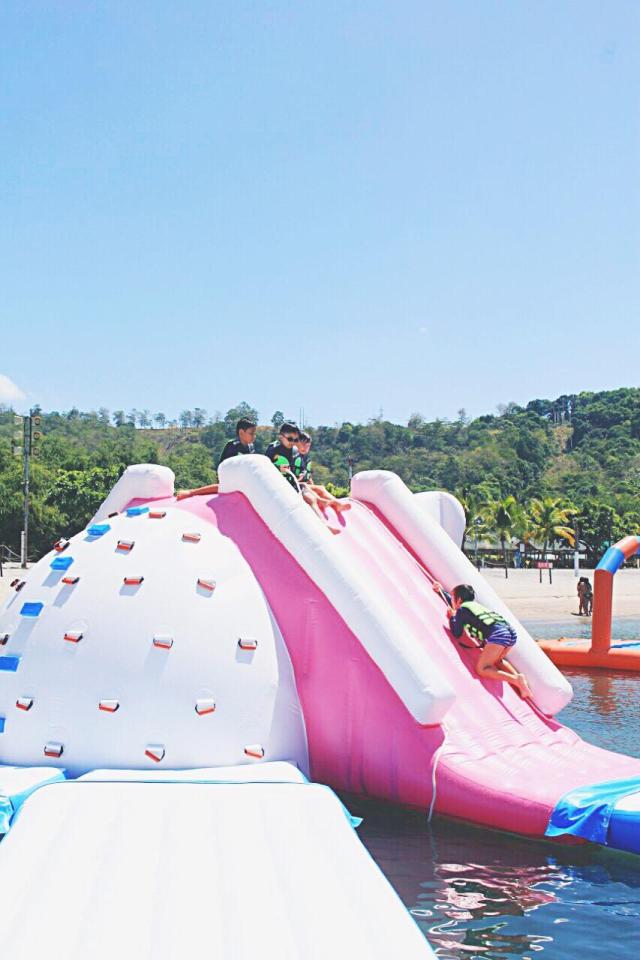 These include Baba’s Super Slide, Slippery Slopes, the Rainbow Walk, Mini Jump and Fly, Climby the Seaunicorn and the Wavy Dinosaur.

It’s located in the northeast quadrant of the playground, separate from the main Inflatable Island, but easily swimmable from it.

There are also floating bars if you need a quick refreshment amidst all of the excitement.

Or for those who prefer to stay on land, there are pink and purple beach bars that serve drinks and snacks. 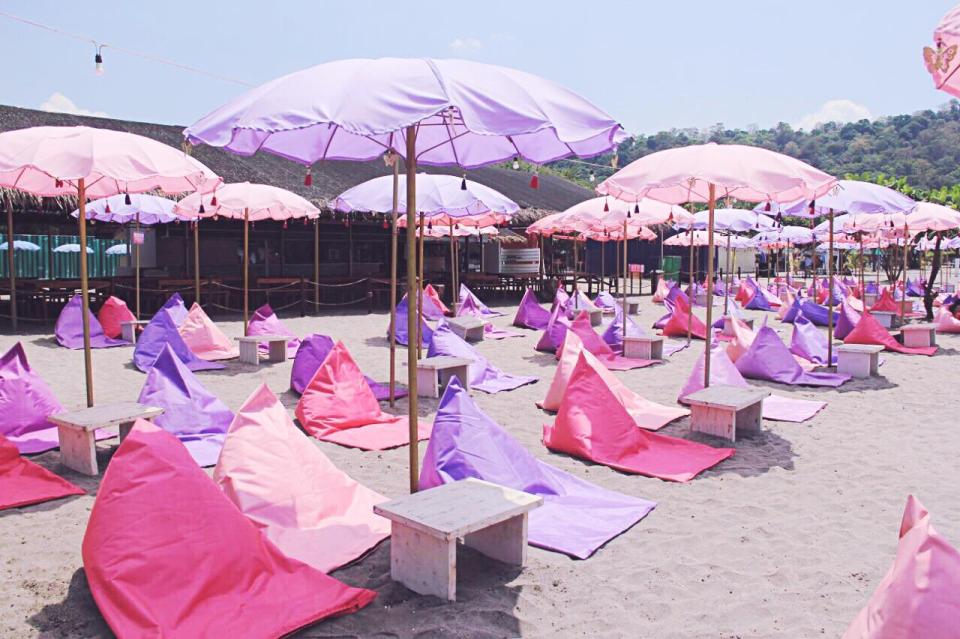 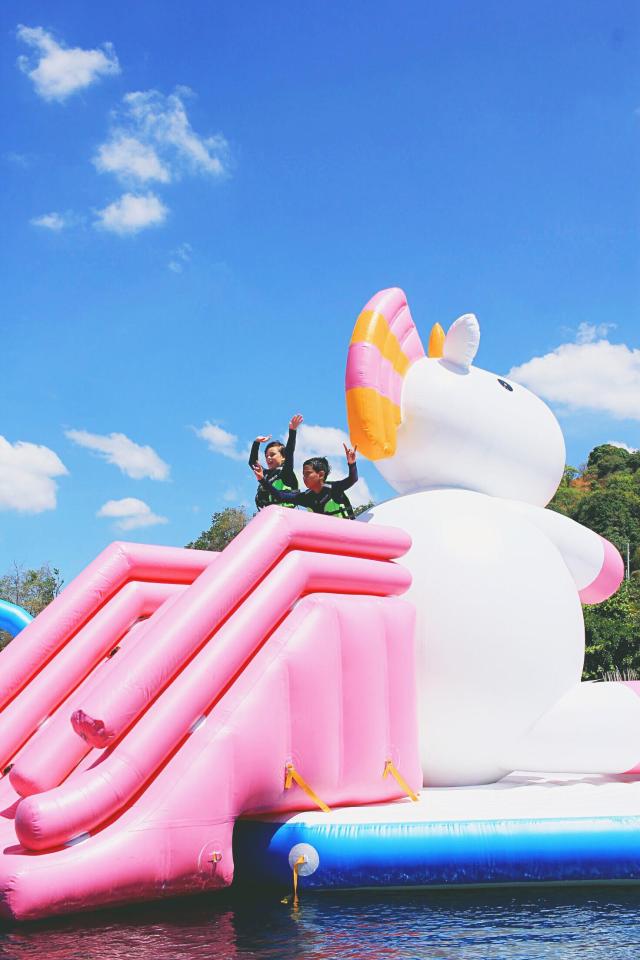 And of course… you're even allowed to bring gadgets like phones and selfie sticks onto the course if you do want to capture that perfect shot.

Elsewhere in the Phillipines, one of the country's most popular tourist destinations has had to close to visitors for several months as it has become a "cesspool".

Boracay Island, which became famous for its white-sandy beaches now has "s*** coming out of pipes and draining out to sea", Philippine's President Rodrigo Duterte said.

Philippine tourism minister, Wanda Teo, said Thursday that businesses and visitors to the crowded four square mile island would have to make a sacrifice.

The island will be closed for six months from April 26.