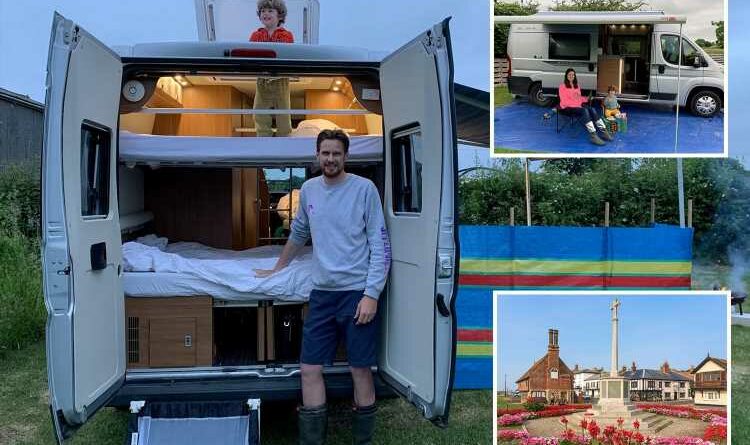 I AM on a weekend campervan trip to Suffolk and my boyfriend and I are relaxing with a beer, while our toddler toasts a marshmallow on the campfire.

I should feel content but FOMO has been gnawing away at me since we left home. I’m envious of the owner of the van we have rented and the limitless trips they get to make each year. 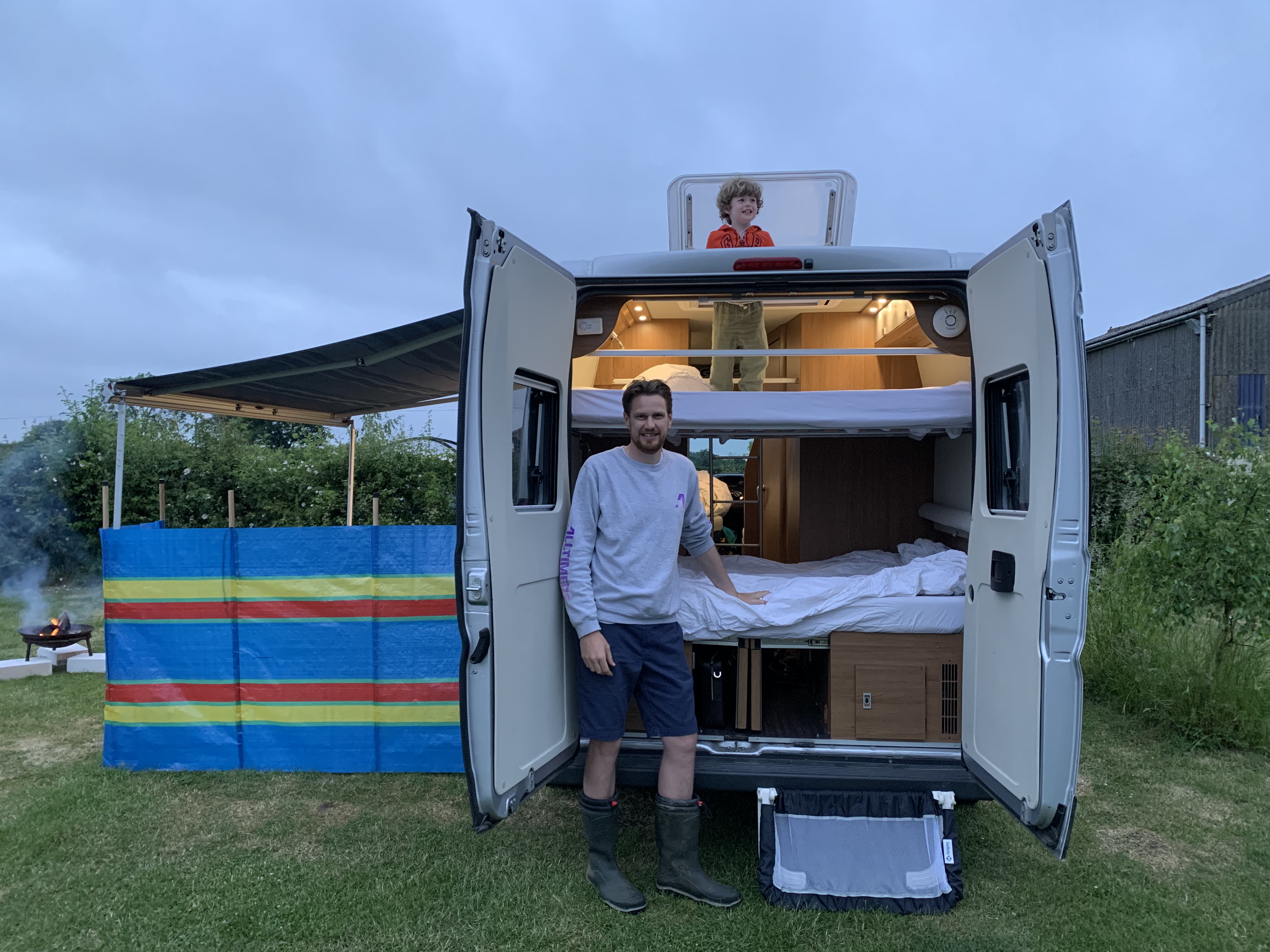 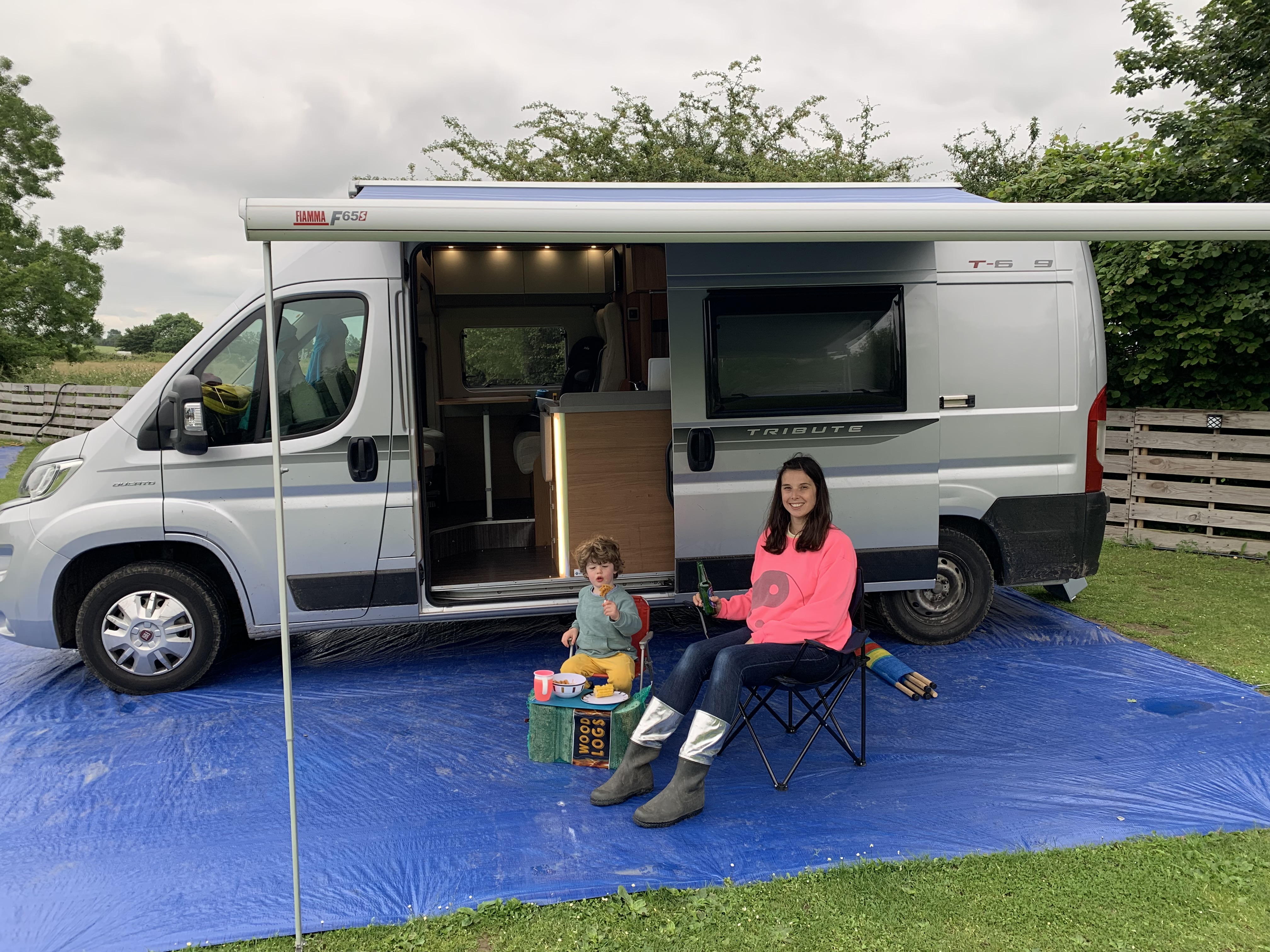 We are renting a Fiat Tribute 669 for three nights from Camptoo, a kind of Airbnb for campervans.

The website should come with a warning — it will spoil regular camping for ever and have you pining for your own motorhome.

Of course, if you don’t have a spare £15,000 in the bank, this is a great way to experience the Instagram-famous #VanLife.

A couple of months earlier, I’d browsed the site and found this six-metre camper with its own kitchenette, shower, toilet and a big plus — two double beds.

I read the reviews, then dropped the owner a note telling him about our plans for a long weekend.

After my request is approved, I send my driver’s licence details and proof of address, then pay for the rental and a £350 safety deposit.

We could have easily got a boutique hotel room in Suffolk for the same price. But you are paying for an experience, not just a place to lay your head.

As a keen camper who spent childhood holidays under canvas, roadtripping in a van is the stuff of dreams.

When I was younger, only surfers, Jamie Oliver and Americans had campervans.

We set off from London for Southwold mid-afternoon. Probably the one big downside of the site is the handover times.

If another renter is dropping off the vehicle that morning, it is impossible to get an early start. However, after an easy tutorial from the friendly owner, we are on our way.

Each campervan owner is different but ours helpfully included crockery, cutlery, pans and utensils.

There is a reason so many Brits want to own a campervan. Having a mini version of your house wherever you go makes life incredibly easy, especially with kids.

When my son wakes up hungry from a nap, we pull over and make him a sandwich in the kitchenette.

We arrive at our first campsite too late for a barbecue but that is no problem. We made the beds and stocked the kitchen before we left and knock up a supper of hot dogs on the gas hob.

No messing around putting the tent up, either. We tuck our child into bed at the back of the van after the meal, then settle down with a bottle of wine and a pack of cards around the kitchen table towards the front.

When we visit the award-winning Sizewell beach — a beautiful stretch of sand with a backdrop of shingle dunes and an imposing nuclear power station — we get caught in a thunderstorm.

But thanks to our home on wheels, we are not defeated. We take shelter and make lunch, then put Harry down for his afternoon nap.

When the storm passes, we head to the quaint town of Aldeburgh for ice cream.

Switching campsites is no bother either, allowing us more freedom than on most three-night trips.

After two nights, we leave behind the excellent Croft Campsite in Halesworth, with its Friday-night barbecues and play barn for kids, and head inland to Grange Farm near Stowmarket. It’s a more rudimentary offering from which we can explore the county away from the coast.

We spent a lot of the trip discussing what we’d put in our own campervan . . .  alongside what to do in the rubbish English weather.

Because it rained a lot. But the campervan weather-proofed the trip far better than a tent.

An awning meant we had a dry outside area and cooking was no problem at all in a downpour.

There are some setbacks to travelling via van. Many campsites will only accept tents and even if you do find your perfect site, a pitch with an electrical hook-up is unlikely to be in a secluded spot. Then there is the pain of driving a large van along country lanes. 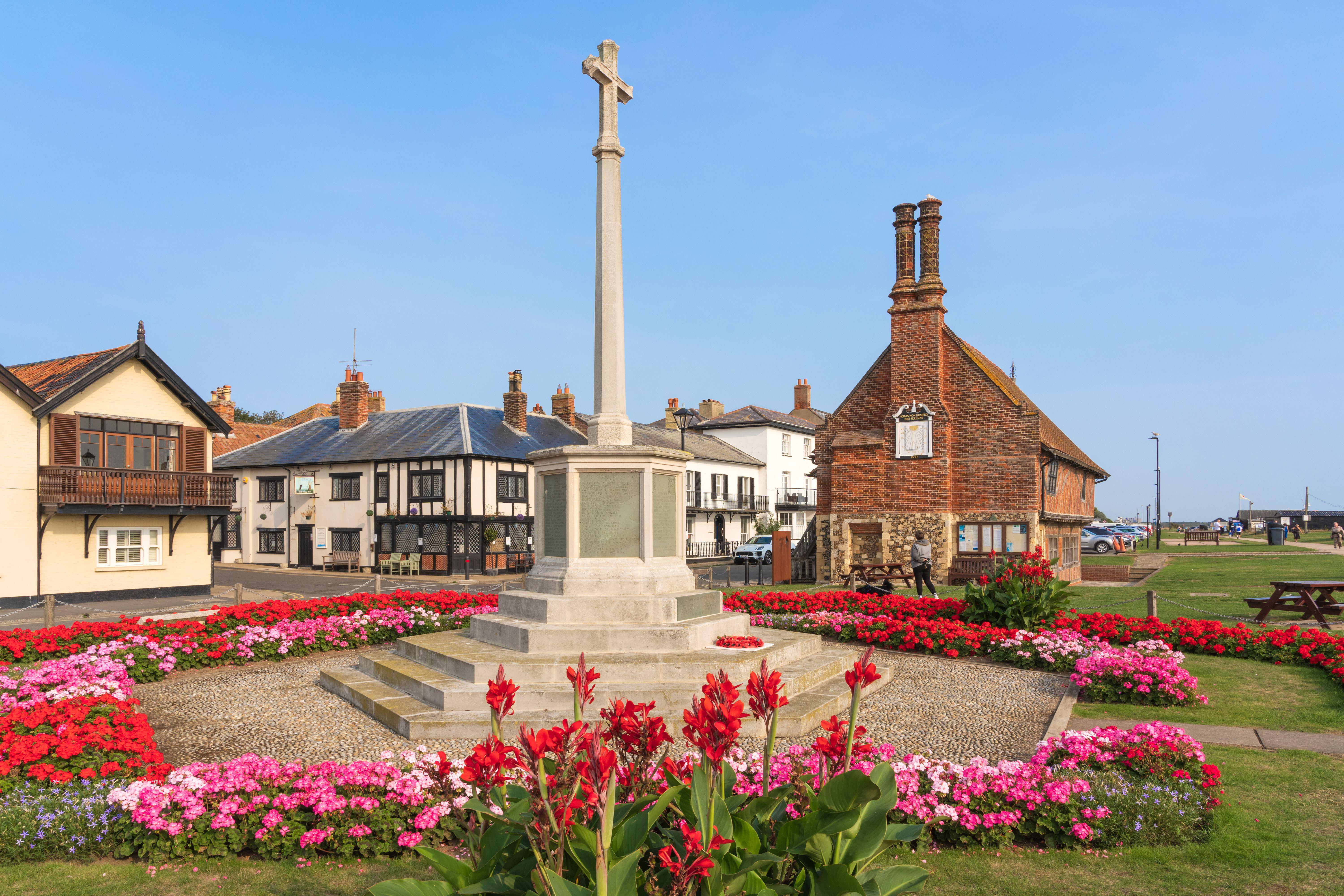 CAMPTOO has more than 1,400 campervans and motorhomes available in the UK to hire.

But the excitement of spending the weekend in a van made this a trip we will remember for a long time.

So the #VanLife Instagram trend really does live up to the hype.

It is all about carrying your home wherever you go. I had never considered the humble snail the savviest of creatures, but maybe they have it nailed.