Home » Travel » Gear up for high-octane thrills, rides and adventure in Dubai 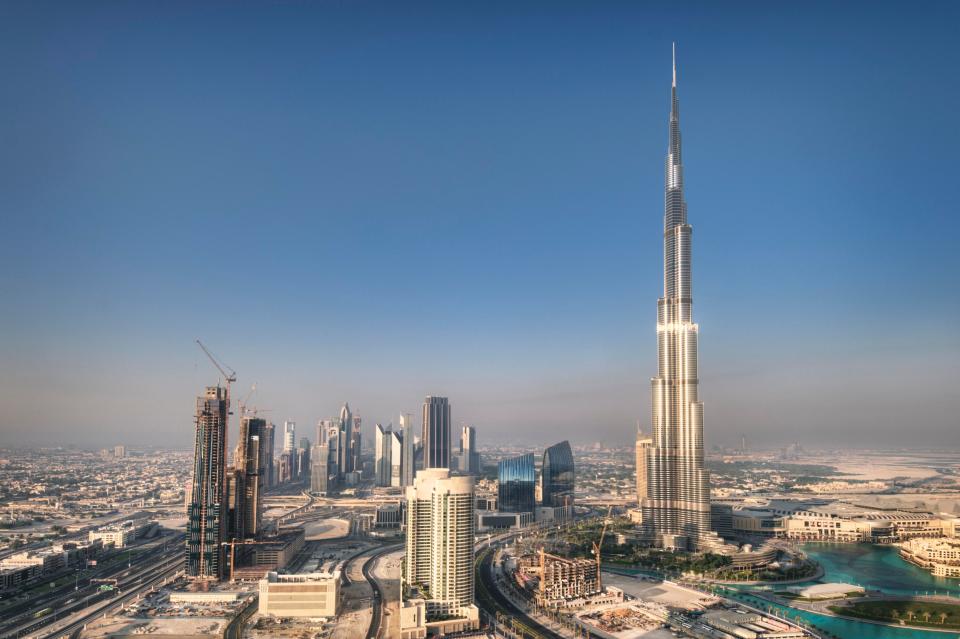 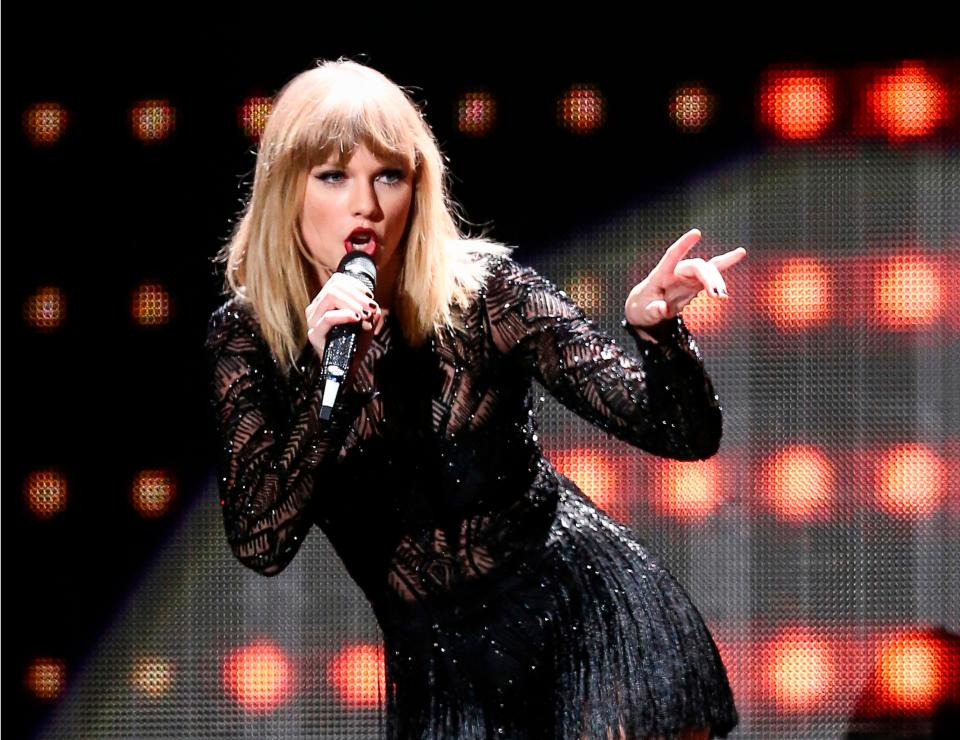 That is a pretty embarrassing thing for a 30-year-old man to do, so I was happy to hear any alternatives sleep guru Lisa Artis had to offer.

We were in Heathrow’s Virgin Atlantic Clubhouse ahead of my flight to Dubai. And I would need all the sleep I could get before a weekend of boozy brunches and beach bars.

Lisa is from the Sleep Council, which has teamed up with Virgin Holidays to help travellers drift off more soundly.

I ask if my combo of teen-pop and spirits is a smart move. 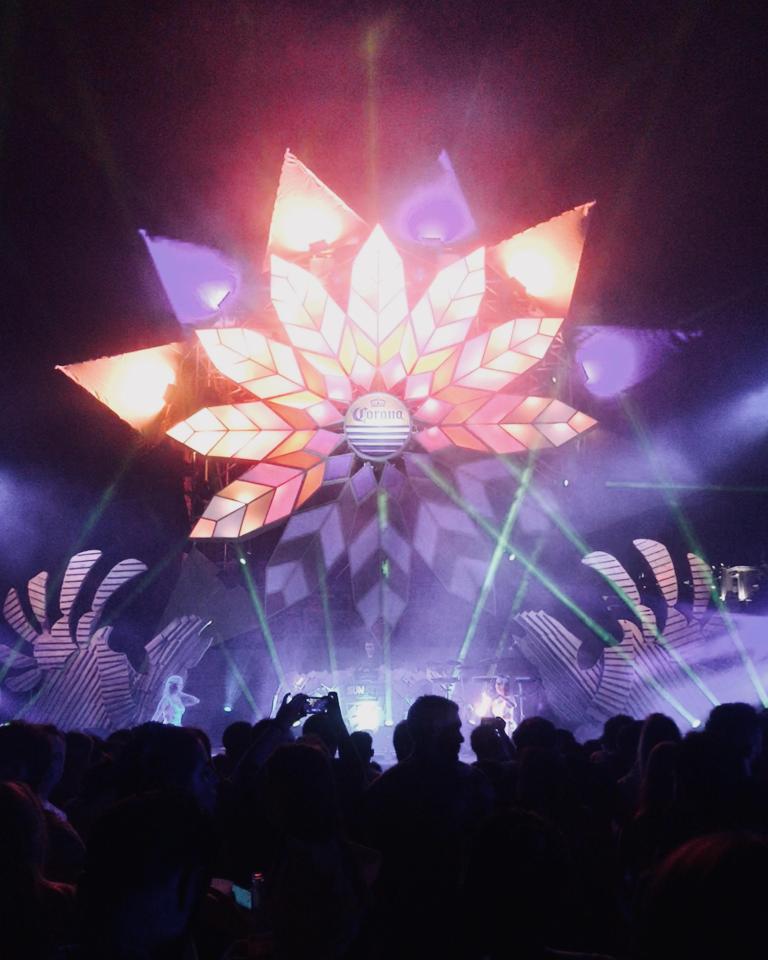 Lisa says: “I’m not sure about your music choice but, if you want to wake up refreshed at the other end, it’s best to avoid the booze. I’m not going to tell you not to drink, though. People want to enjoy their holidays.”

I opted to “enjoy” the onboard drinks service and pressed play on my guilty pleasure. I am not sure if I fell asleep or passed out but I was unconscious for some of the seven-hour flight.

After landing in Dubai, I went directly to the Grosvenor House hotel, where I freshened up with a quick dip in the rooftop pool before heading to Bubbalicious at The Westin.

Spread across three of the city’s top restaurants, the all-you-can-eat “brunch” goes from midday to 4.30pm. 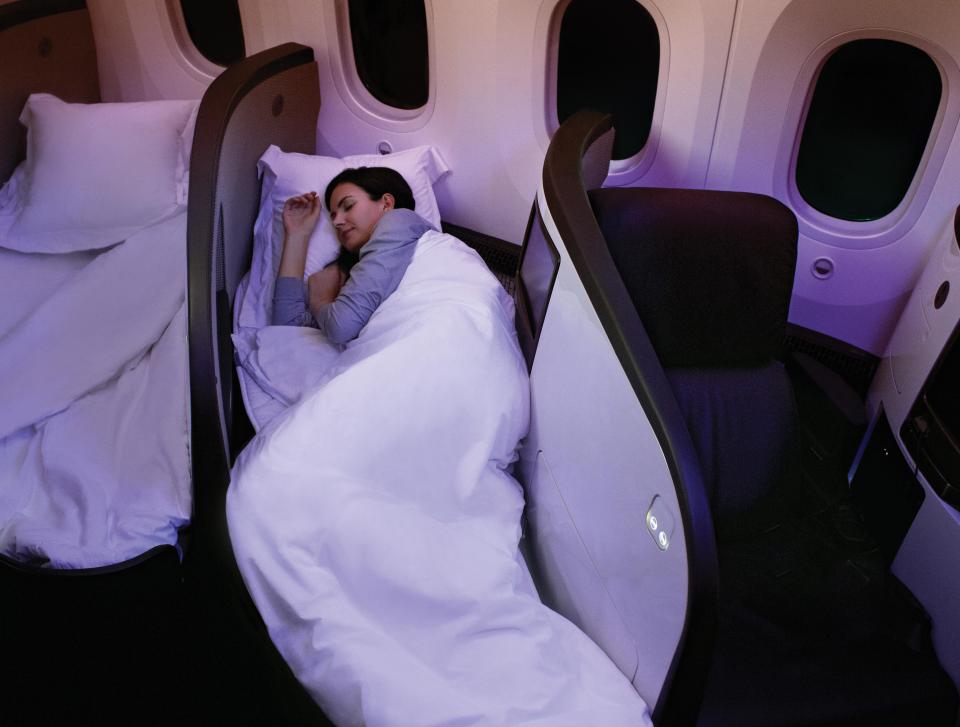 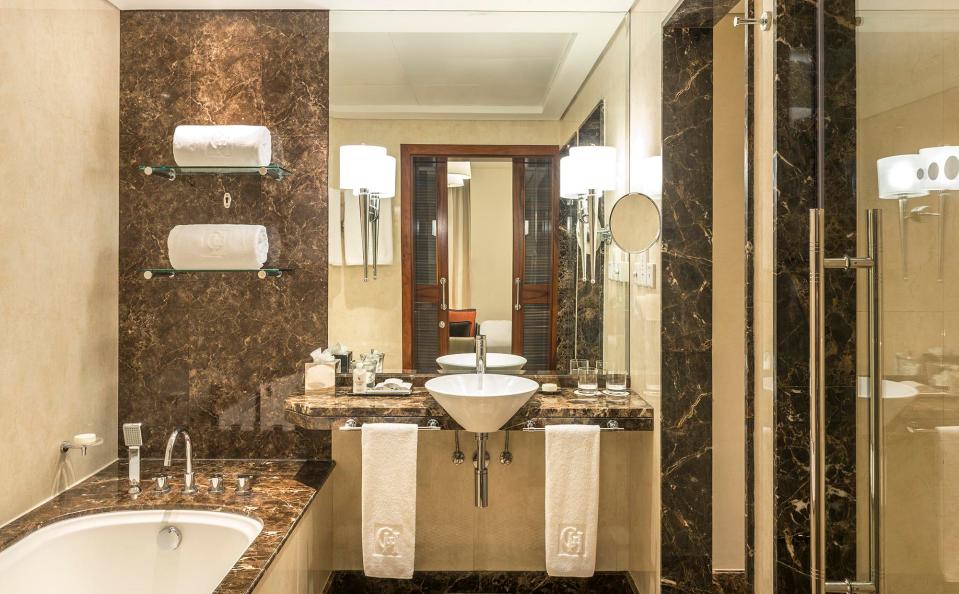 It is a pricey £93pp for soft drinks and food, while £110pp will get booze included, too.

The feast is like Willy Wonka’s factory crossed with a medieval banquet and Ladies’ Day at Aintree.

There are dozens of food trucks, a chamber of cheeses, ten live cooking stations, a palatial room of puddings, at least a dozen kind of whole crab and a Fiat 500 repurposed as a giant Peroni ice box.

After eating and drinking all you can, the party carries on with a packed disco in a hotel bar that resembles a wedding. 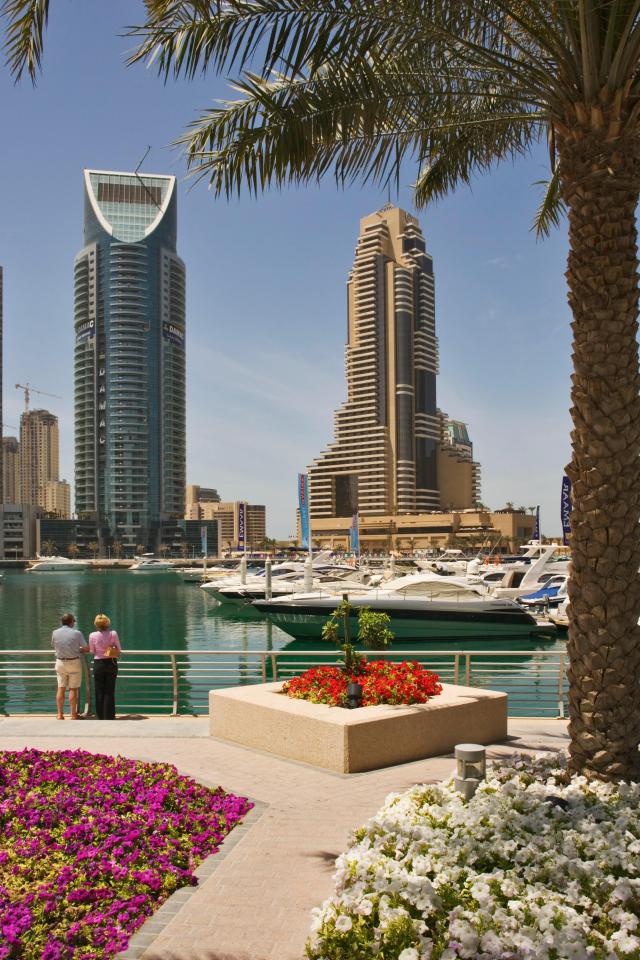 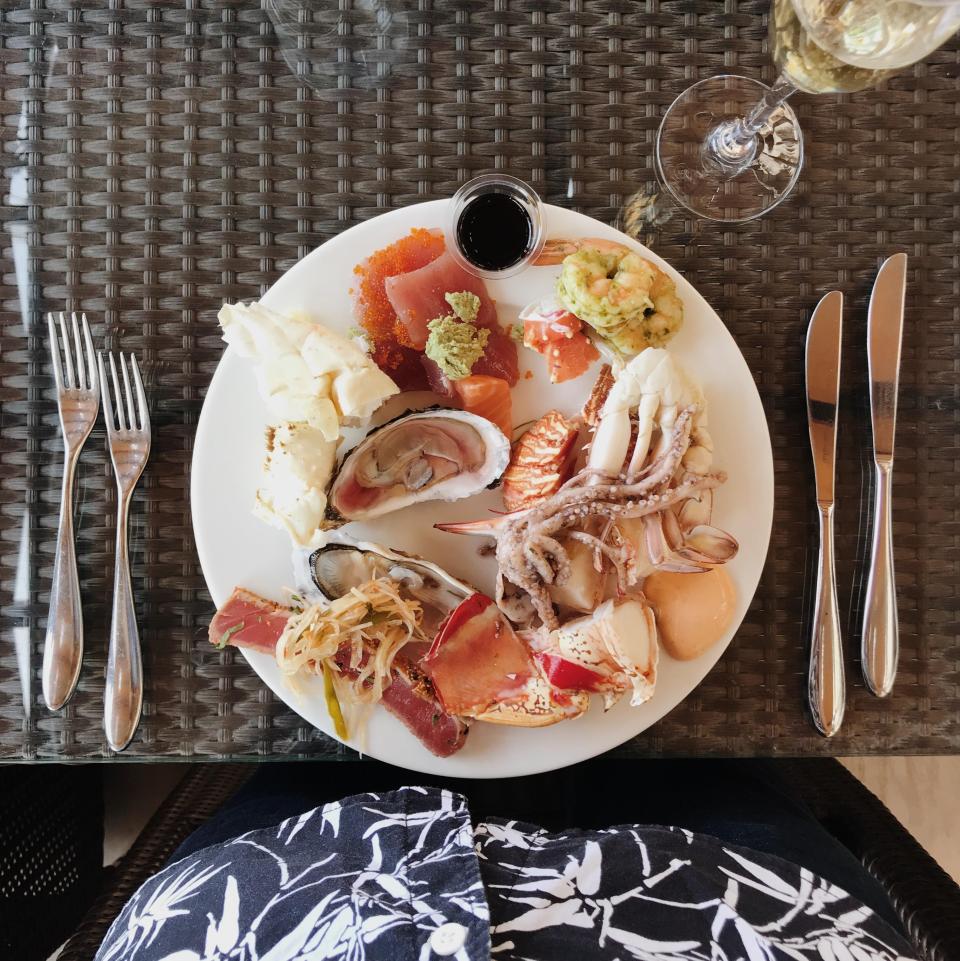 If you have truly had your money’s worth, you shouldn’t be able to move, let alone dance, so a better place to digest is Barasti Beach Club.

A sprawling series of bars with a massive main stage on the sand, it is the go-to weekend spot for expats where they even played some Taylor Swift.

Next day we headed for Aquaventure Waterpark at Atlantis The Palm, where Virgin has opened a new v-hub lounge.

GETTING/STAYING THERE: Six nights’ B&B at Grosvenor House in Dubai with Virgin Holidays costs from £851pp based on two sharing, including Virgin Atlantic flights departing Heathrow on May 23.

With flights from the UK landing early and hotel check-ins past noon, the lounge lets you dive into your holiday instead of twiddling your thumbs as your room is prepared.

Lockers let you store valuables and you can grab a shower to freshen up before hitting the waterslides.

Aquaventure is well known for Leap of Faith, a vertical drop-slide that fires you through a tube looking into a shark-filled lagoon.

But the newer Tower Of Poseidon is where the real scare-you-senseless rides are to be found. 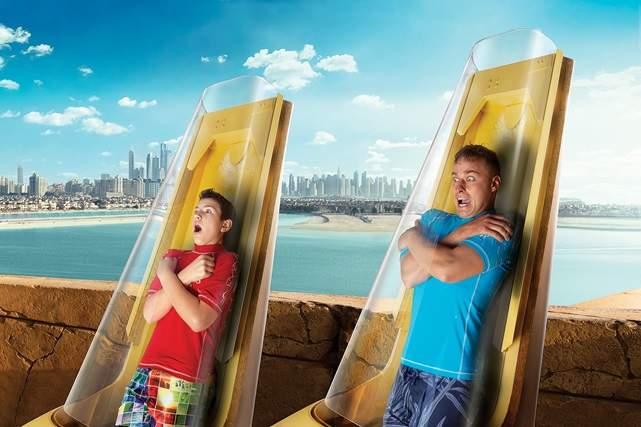 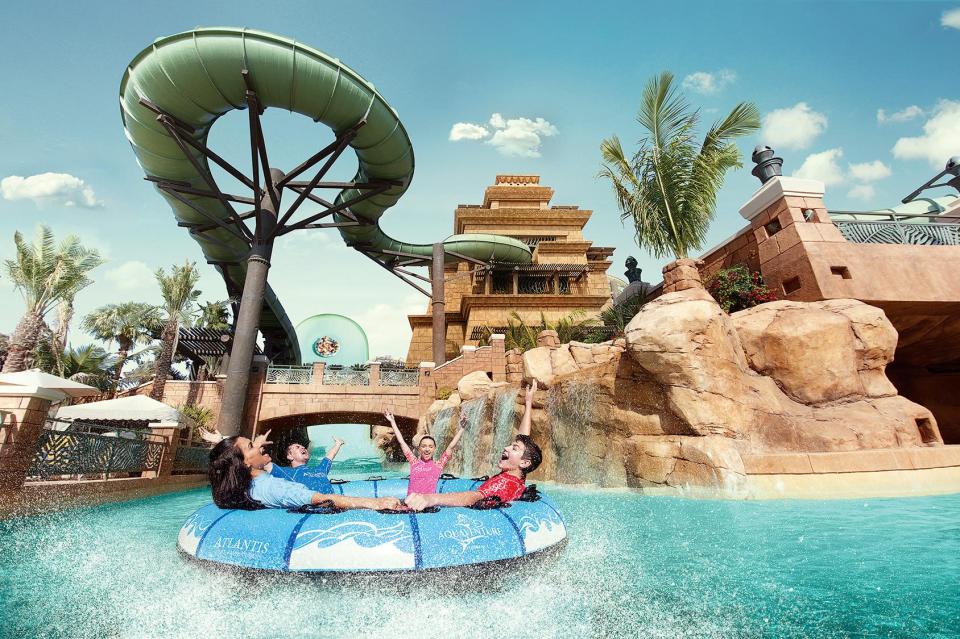 Zoomerango is a massive family ring ride that perfectly balances safety with the knowledge you are going to flip over and die as you fall backwards off a huge ridge and UP a vertical wall.

Poseidon’s Revenge is the closest I will ever get to doing what may as well have been a bungee jump.

Standing above a trapdoor in a glass tube, I hope the water splashing at my feet is as fresh as it looks. The bloke before me looked awfully scared.

After a quick countdown, the floor disappears. In the blink of an eye, I go from wearing board shorts to a G-string, while my stomach tries to jump out from my mouth and leap to safety.

During what feels like having my head flushed down the loo, while being shot at with a water cannon, I make the error of opening my eyes and trying to breathe. 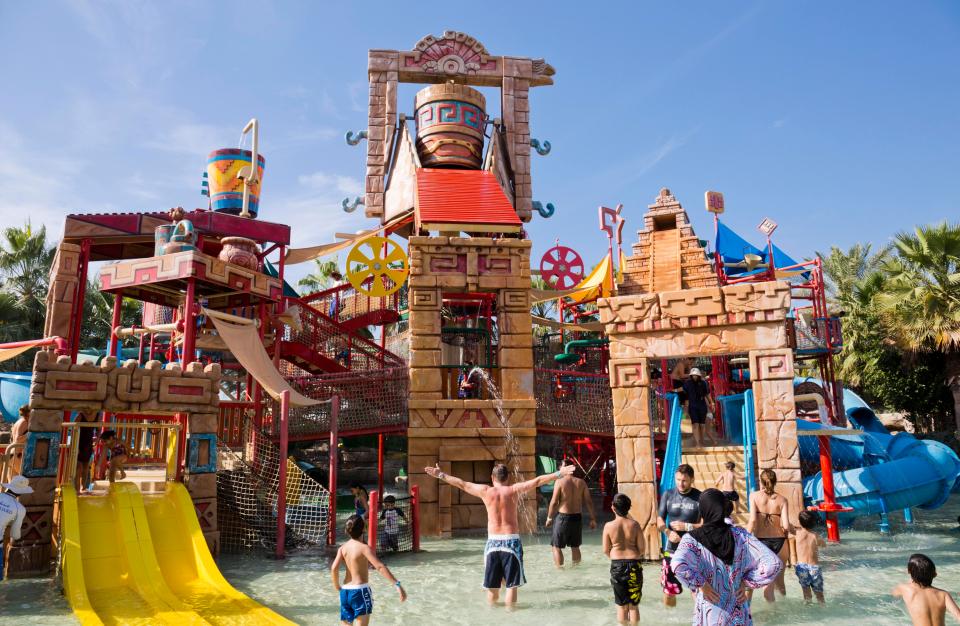 Neither worked. At the bottom, half-drowned and in definite compromise of the Emirate’s strict modesty rules, I am ready for a stiff drink.

That evening, I visit the world’s tallest building, the Burj Kalifa, but the view from the top isn’t nearly as impressive as the water display in the lake below.

Despite bringing back traumatic memories of that morning’s water slide enema, the Dubai Fountain’s 83-storey dancing waters are a sight to behold.

The best place to watch the show is Tiptara at The Palace Downtown Hotel. The Thai restaurant has incredible food while its pontoon seating gives you an unobstructed view of the hourly show. 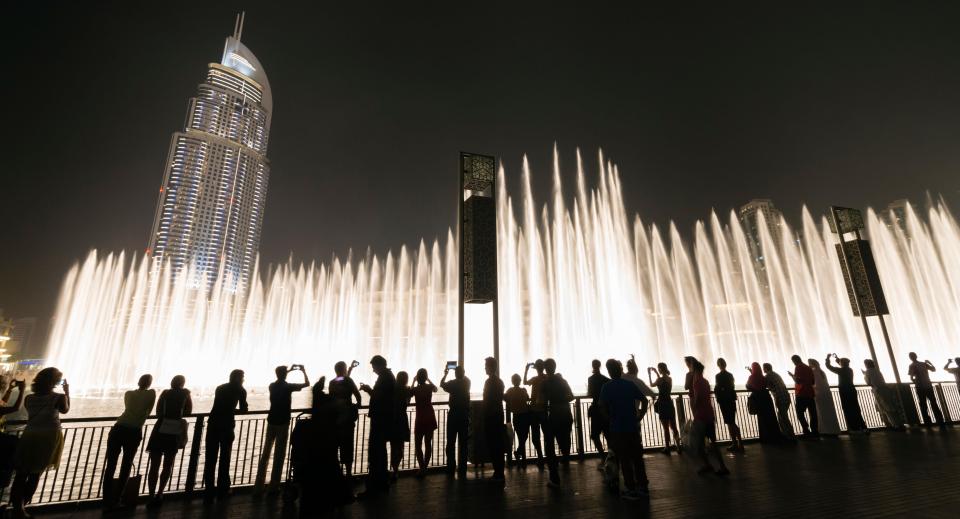 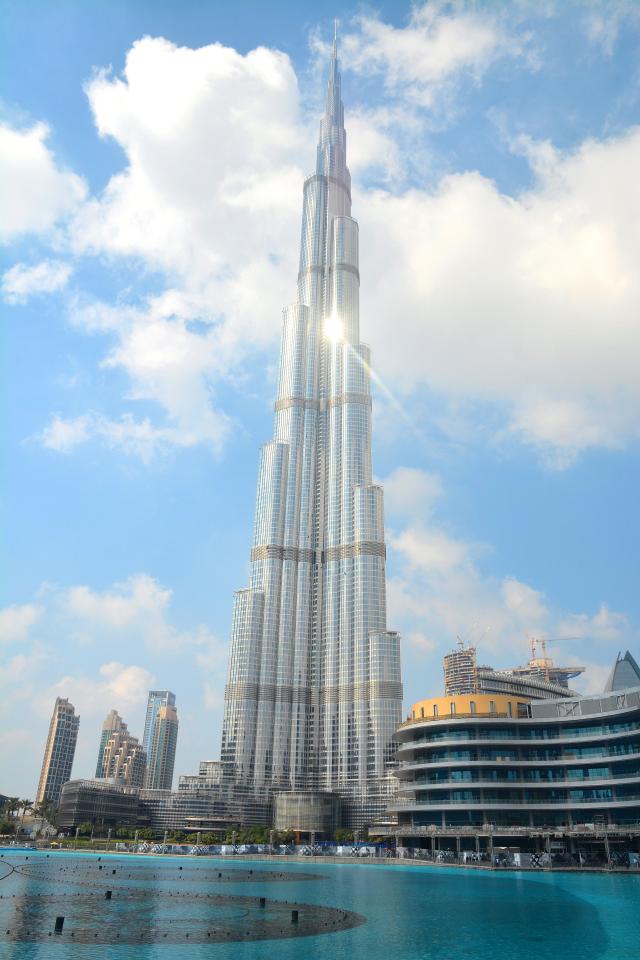 Partied out and feeling my age, I opt for meditation over self-medication on the way home.

Virgin has teamed up with meditation app Headspace to offer calming content on its in-flight entertainment system.

I ditch my usual ritual, pressing play on the soothing voice and nodding off . . .  Swiftly.