CHOOSING the right name for a band is a very tricky business. There is always that risk the cool moniker you just settled on will sound daft in another language.

Take the most famous group of all, The Beatles. 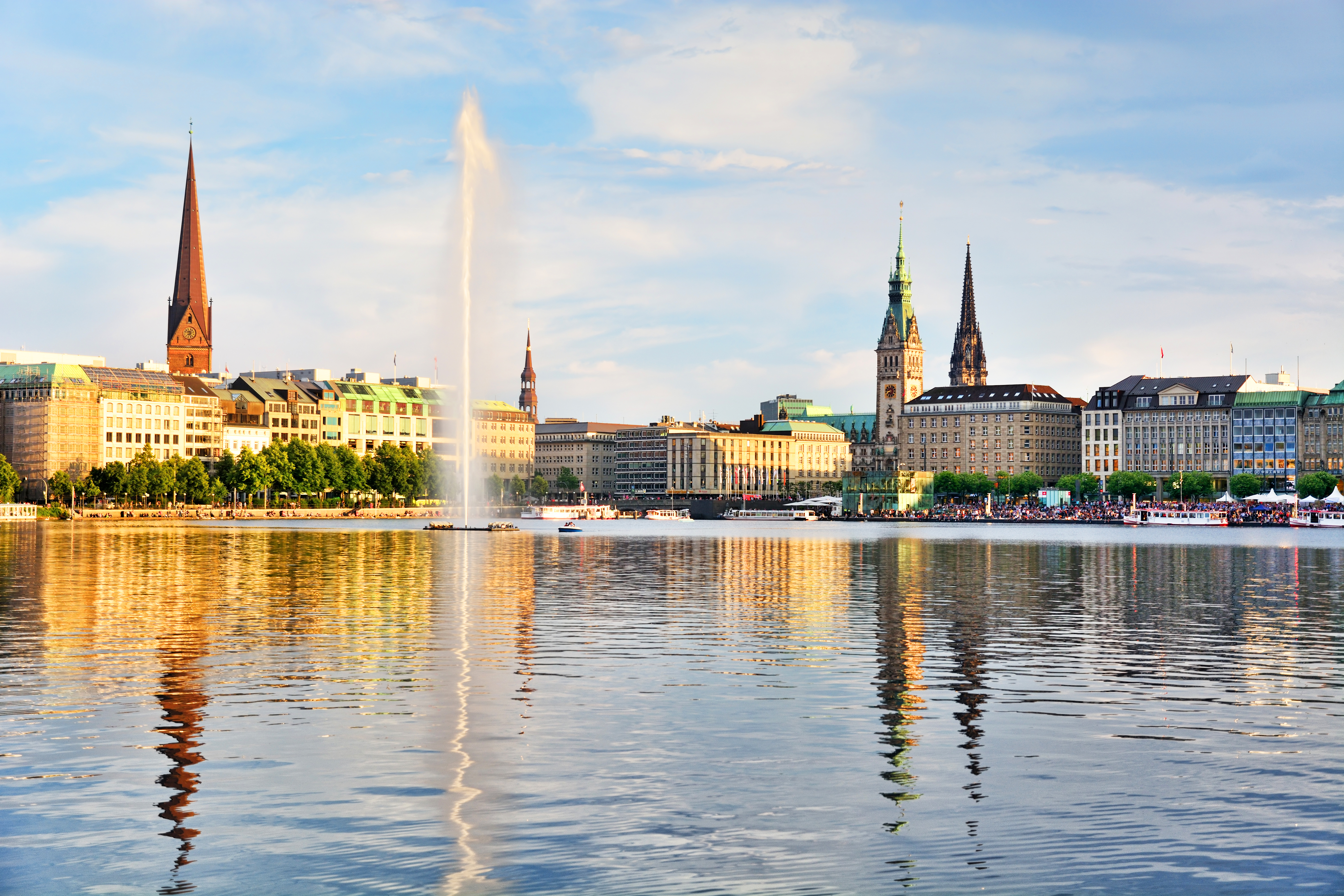 Original bass guitarist Stuart Sutcliffe coined The Beetles because he wanted something “insecty” like his hero Buddy Holly’s band The Crickets. Then John Lennon had the light-bulb moment: “Spell it BEATles.”

Perfect . . . apart from one slight problem.

When the Liverpool lads were introduced on stage in Hamburg, audiences thought they were called The Peedles — German slang for a tiny willy.

It is one of the many stories that musician and historian Stefanie Hempel tells on her walking tour of that OTHER legendary port city that helped shape the Fab Four. 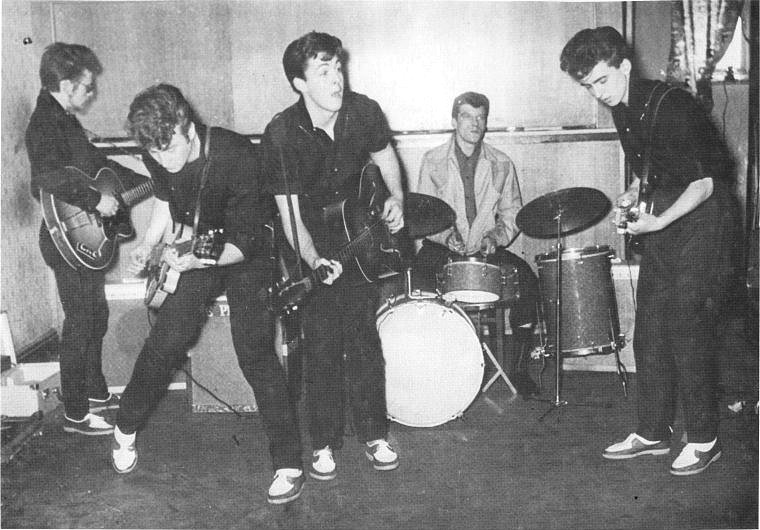 Stories like this one. George Harrison, at 17 the youngest Beatle, lost his virginity in the squalid, window-less room the band shared in the Reeperbahn red-light area — as the others clapped and cheered him on.

The city, full of transvestites and prostitutes was, Stefanie quotes Paul McCartney as saying, “a bit of an eye-opener”.

Anyway, it was 60 years ago today that Hamburg club owner Bruno Koschmider told the band to play.

Or, as he would shout at the lads in German, “Mach schau! Mach schau!” (“Put on a show!”) to entertain drunken sailors, pimps and prostitutes.

Hamburg planned a big Beatlesfest in 2020 to mark the anniversary, with tribute bands performing on some of the stages the band did, but Covid put paid to that.

At the moment, though, this vibrant, friendly Anglophile port is open for business and Stefanie’s fascinating three-hour tour, in English, is a highlight on any visit. 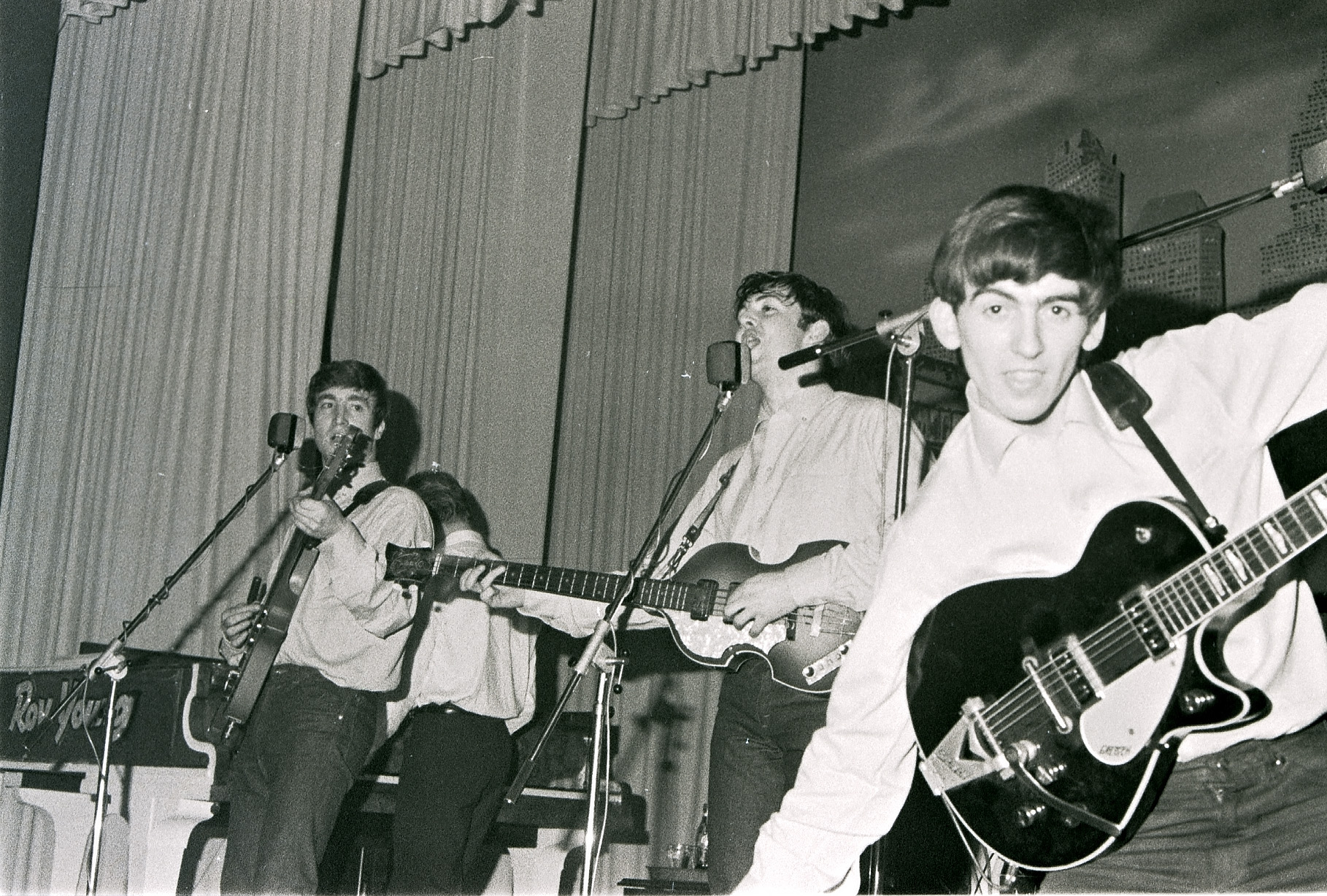 “No Hamburg, no Beatles,” Lennon once said, reflecting on the band’s apprenticeship in Germany’s second city.

Between 1960 and 1962, the band played almost 300 shows, developing from raw amateurs to the rock band that changed the world.

Back in 1960, the pre-Fab Four were actually five ­— John, Paul, George, Stu, who couldn’t actually play but was Lennon’s best mate, and original drummer Pete Best.

You start Stefanie’s tour at the Beatles-Platz in the Reeperbahn, where a stainless steel statue of the five looks out on a series of concentric circles painted black to look like a giant LP. 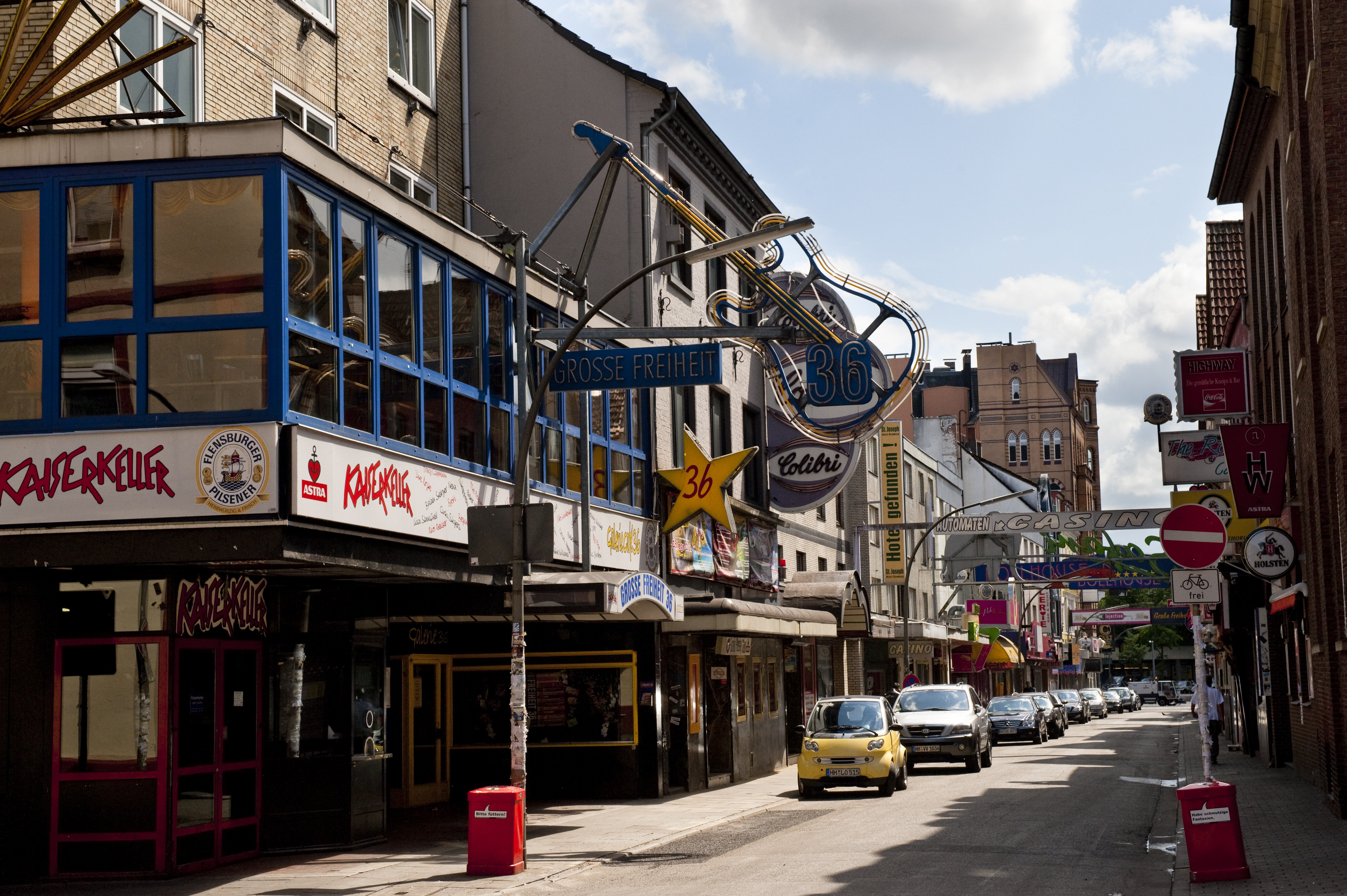 The statue faces a tatty street called Grosse Freiheit, full of neon signs for strip shows and sex clubs. In this unlikely setting, history was made.

Stefanie’s tour takes in all the places where the band played and stayed.

Some are still there, like the tiny Indra, where the band were first billed as The Beatles and were a support act to strippers. And the Kaiserkeller, where Lennon liked to taunt locals by shouting “Heil Hitler” and putting a black comb on his top lip like the Fuhrer’s moustache. The two bigger, posher clubs they graduated to, The Top Ten and The Star-Club, are long gone.

But the cinema where the band lived in the dismal room behind the screen (scene of George’s deflowering) is still there, as is the graffitied doorway where a leather-jacketed Lennon posed for the photo that ended up as the cover of his 1975 Rock ’N’ Roll album.

At each spot Stefanie offers an anecdote and a hit performed on a ukulele (“George’s favourite instrument”).

Her love for The Beatles is infectious, a legacy of hearing an illegal tape of She Loves You as a child in 1980s East Germany, where decadent Western pop was banned. But back to the influence of the city on the Fabs. 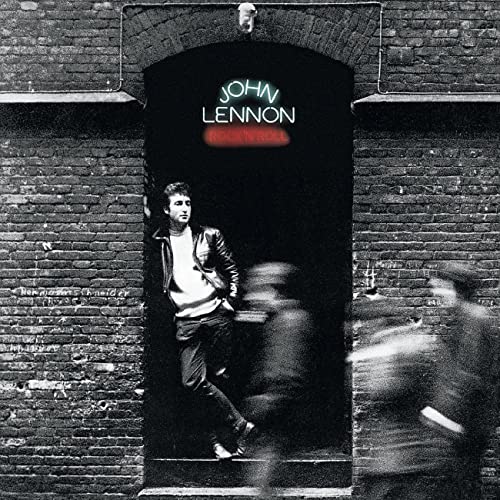 As Stefanie points out, it wasn’t just the playing that changed in Hamburg. The band’s look and personnel altered too.

The Beatles were a bunch of scruffy teddy boys until a student wandered into the Kaiserkeller wondering what the music was.

Artist Klaus Voormann was so excited by the band he dragged his photographer girlfriend Astrid Kirchherr along to see them — who promptly fell in love with Stu.

It was Astrid who persuaded the band to try the arty combed-forward hairdo that morphed into the mop top. And it was Astrid who made gifted artist Stu realise he was wasting his time in the band.

He quit and Macca took over on bass. But Stu would never live to see his pals’ success, dying of a brain haemorrhage in Hamburg in 1962 aged 21. 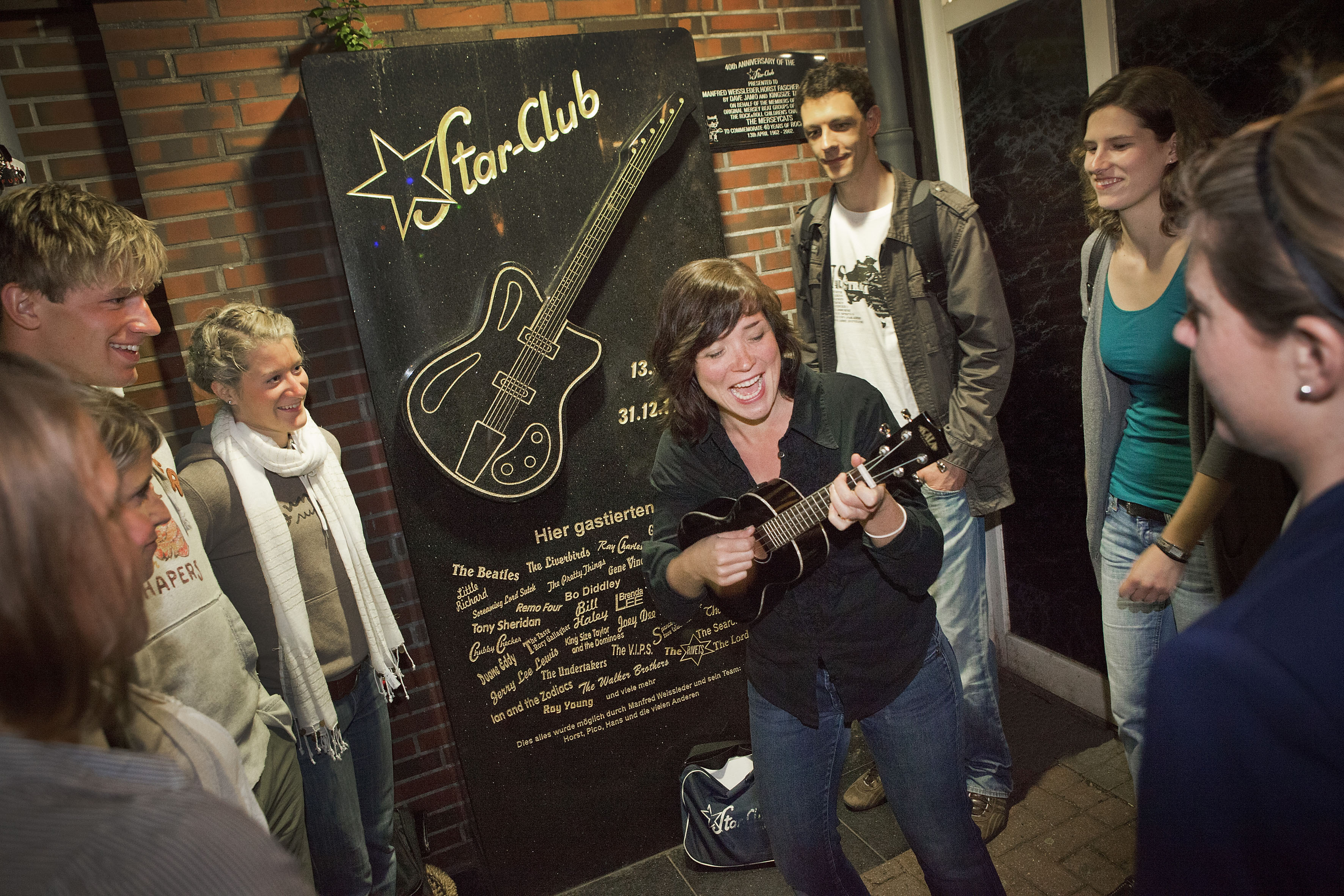 It was also in Hamburg that The Beatles became pals with a morose looking bloke with an amusing stage name who was drumming for rival Liverpool band Rory Storm And The Hurricanes: Ringo Starr.

While The Beatles connection undoubtedly brings in visitors, locals (Hamburgers?) are keen to stress there is much more to this tremendous city. Heavily bombed in the war — and once rather looked down on by other German cities — it is now seen as a serious rival to Berlin and Munich as a destination for short breaks.

One of Germany's greenest cities

The waterfront has been revamped with the building of the Elbphilharmonie, a gigantic concert hall that is Hamburg’s answer to the Sydney Opera House, and huge tracts of docks and warehouses have been restored.

Hamburg, one of Germany’s greenest cities, is a pleasure to walk around thanks to more than 2,500 bridges across the many canals that feed into the River Elbe. Infamous St Pauli, which contains the Reeperbahn, still feels edgy even with most clubs closed by Covid but the Sternschanze area next door is gentrifying with trendy shops, bars and restaurants. 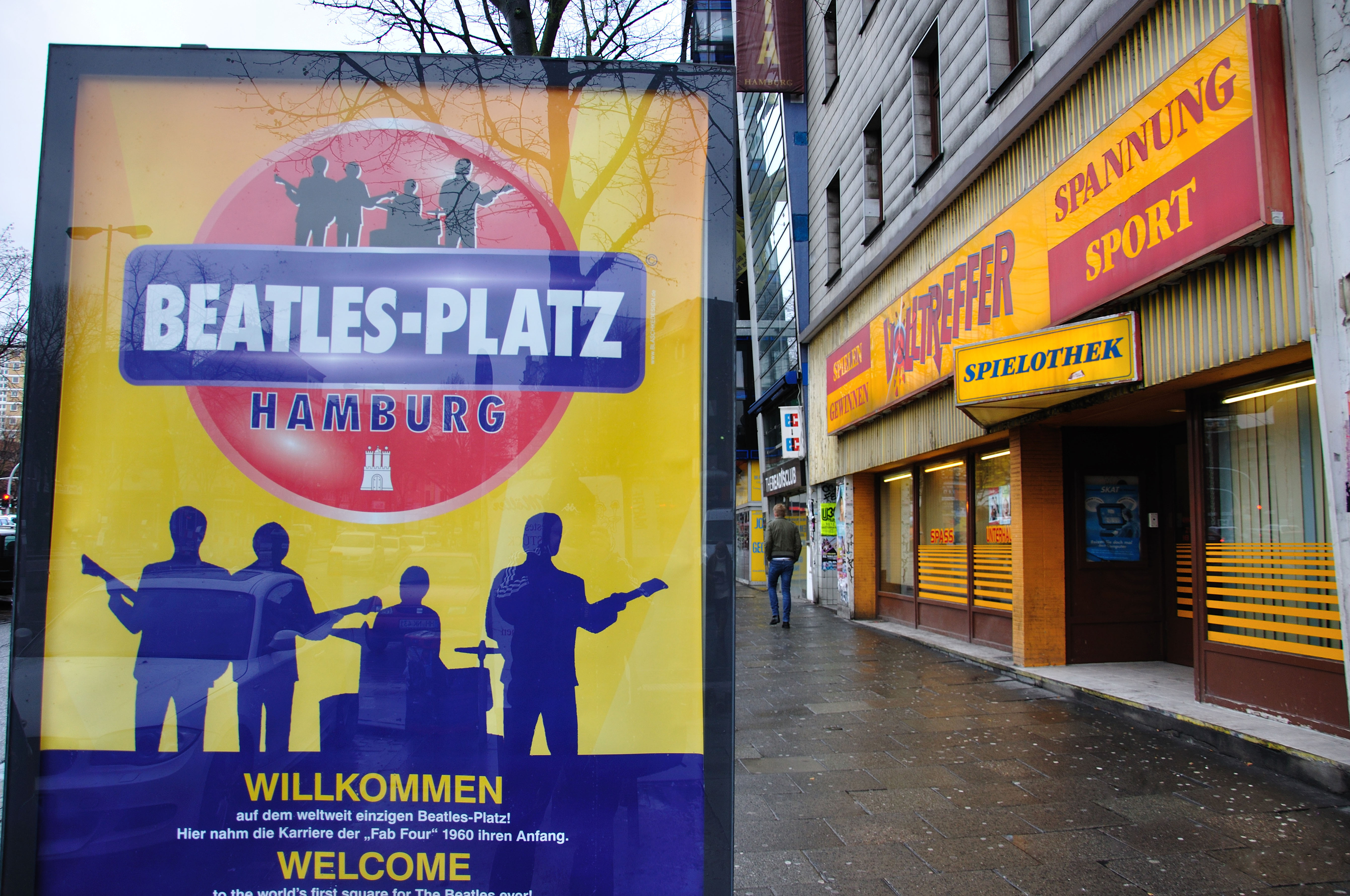 And enough of the historic buildings and grand squares of the old town survived the war to give you a sense of Hamburg’s pre-Beatles existence.

But let the final words come from Stefanie Hempel.

“It was a very tough time for The Beatles but it was also the wildest, most fun time of their lives,” she says. “They were never again as free as they were in Hamburg.”

Visit this intriguing, exciting and underrated German gem and you can still see why.

STAYING THERE: The Citadines Apart Hotel Michel Hamburg starts from £87 a night. It’s very central and 30 mins from the airport on the S-bahn

A Beatles tour with Stephanie is £28. See hempels-musictour.de/en/