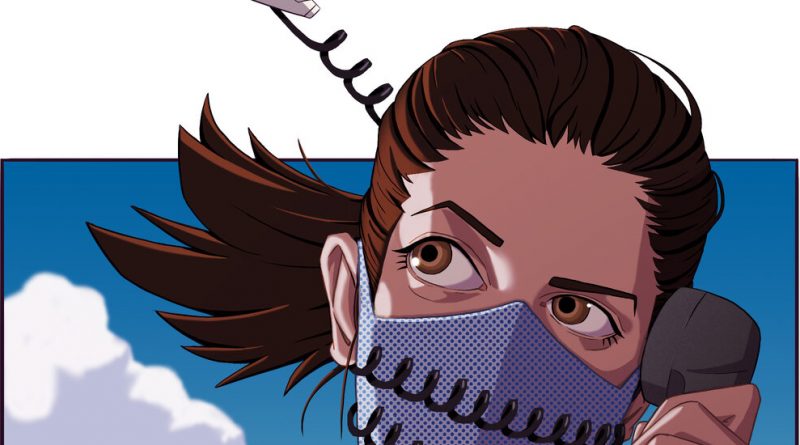 Earlier this year, I used STA Travel to book a British Airways flight from Tucson, Ariz., to South Africa, scheduled to depart in March. Then the pandemic hit, one of the flight legs was canceled and I canceled my trip. After some back and forth, STA secured a refund from British Airways. I was told by an STA representative that my airfare — $2,059.36 — would be credited back to my credit card account within 60 days. Two months came and went. Then I learned that STA had gone out of business. Kaitlin

When I first read your email, I was hit with an inkling of hope that your credit card company could rush in and save the day. Still, I set off to learn more about the laws and policies at play, so I did what I usually do when I start a Tripped Up column: I emailed some industry sources and started a Google Doc to organize my thoughts.

The notes became a rabbit hole, expanding with news coverage of STA’s collapse, a list of potential interview subjects, email addresses for international press offices and lengthy financial documents. From the chicken scratch, one truth emerged: Anyone attempting to recoup funds from an out-of-business company will likely confront uphill battles, tall orders and every other cliché in the book.

“In general, when a company goes into bankruptcy, basically it’s the vultures picking over the bones,” said Ira Rheingold, the executive director of the National Association of Consumer Advocates, a Washington, D.C.-based nonprofit. “The last people who will get a piece of those bones are going to be the unsecured creditors: the consumers.”

Formerly a major travel agency for youth and student trips, STA Travel filed for bankruptcy in August after a crippling flurry of pandemic-related cancellations; it was the first major travel agency to fall because of the pandemic. Although STA’s Instagram account has been dormant for more than two months, the comments live on as a record of unanswered questions and in-limbo refunds: “I have a student that is needing an update on her refund status and there is literally no way to reach anyone,” wrote one user. “I wonder how many people got robbed of their hard-saved holiday money,” lamented another.

From the start, your case felt like a maze of sharp corners and dead ends. First I visited the STA Travel website: shut down. Then I emailed the customer service agent you had corresponded with: bounceback. When I reached out to the press office of Diethelm Keller Group, STA’s former parent company that is based in Switzerland, and I got the following statement back: “As STA Travel Holding AG is in insolvency proceedings, Diethelm Keller Group is not in a position to provide further support or information.”

I contacted the Arizona Attorney General’s office after discovering one address for STA in Arizona — possibly a franchise — but was told by a spokeswoman that all consumer complaints are confidential.

I considered calling British Airways, but decided against it; after all, the airline had already canceled your tickets and refunded your money (to STA). Customers hoping to cancel active reservations might have luck by appealing directly to the travel company in question, but anyone waiting for an in-process refund from an intermediary like STA probably would not.

I also thought about what would happen if you were to file a complaint with the Department of Transportation’s Office of Aviation Consumer Protection, but decided that the particulars of your situation would almost certainly translate into more wasted time. There are simply too many layers of gray areas: Only one of your flight legs was canceled by the airline, you purchased tickets from a third-party seller and your refund had already ostensibly been approved.

Travel insurance wouldn’t have necessarily been a magic bullet, either, said Jennifer Fitzgerald, the co-founder and chief executive of Policygenius, an online insurance marketplace. Even when policies do cover the financial default of a travel supplier, they come with loads of caveats, restrictions and conditions.

I got about 10 pages into a 90-page bankruptcy document outlining the liquidity ratio of STA’s New Zealand arm before (to use another cliché) going back to square one: the credit card company.

In an emailed statement, a spokeswoman for JPMorgan Chase said, “A cardmember can submit a dispute as a result of merchant financial insolvency, which we review on a case-by-case basis.”

The Fair Credit Billing Act, a federal law enacted to protect consumers from unfair credit billing practices, doesn’t have a specific carve-out for a merchant’s financial insolvency, but it does consider “charges for goods and services you didn’t accept or that weren’t delivered as agreed” one of several types of billing errors that consumers have the right to dispute. And although every credit card dispute hinges on the particulars, this is the easiest, most actionable move for lone consumers battling a company that has all but evaporated.

You might wonder, as I did, whether things are more complicated because you’re an American citizen trying to get a refund from an insolvent Swiss company for a canceled British flight. But so long as the consumer’s account with the credit card issuer (a bank, most likely) is based in the United States, and credit is issued to a United States resident, the transaction is covered by the billing error rules of the F.C.B.A.

To protect your rights under the F.C.B.A. in the Before Times, you would have had 60 days from the statement with the billing error to dispute the charge. But these times are hardly normal. That’s why a representative at JPMorgan Chase — citing “your atypical situation with this merchant” — issued you a full refund.

My quest unearthed other tips: Even if you’re filing a dispute through a credit card’s online channels, be sure to also submit the dispute in writing, via snail-mail, to the address the card issuer specifies for billing errors (a condition of the F.C.B.A.). The Federal Trade Commission has a good sample letter online. If you’re not making headway, file a complaint with the Consumer Financial Protection Bureau, which has jurisdiction over the country’s largest banks.

One final word of advice — and one final cliché — from Mr. Rheingold: “It’s about the squeaky wheel, right? Putting something out on social media: ‘Can you believe what this company did to me?’ Or saying, ‘I’ve been a cardmember for the last 20 years and I’m getting rid of it from now.’ That’s not legal advice — that’s just practical. That’s when you get your money back.”

Sarah Firshein is a Brooklyn-based writer. If you need advice about a best-laid travel plan that went awry, send an email to [email protected].