Home » Travel » Help! Will All My Travel Vouchers Expire Before I Can Use Them? 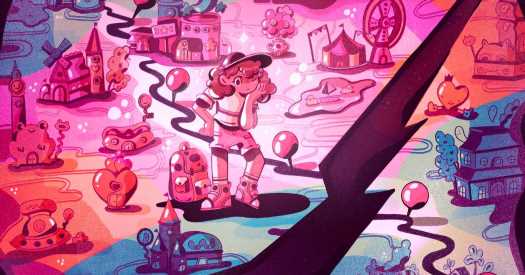 Like millions of others, I canceled several trips last year because of the pandemic and got a small fortune in travel vouchers. Also like so many others, I had assumed the world would be open by now, nearly a year later, and that there would be ample opportunity to put those credits to good use. Although vaccines are becoming more widespread, there’s still a lot of uncertainty about travel, and I’m worried that my vouchers will expire before I’m able to use them. What, if anything, are travel companies doing about this issue? Patricia

Vouchers emerged as a major consumer flash point at the start of the pandemic. Airlines gave them out like candy after canceled flights, despite being required by law to offer refunds; certain tour companies did the same. Cruise lines retained prepayments as credits — no matter the outcry from older people about never expecting to sail again.

However travelers have come to find themselves with vouchers, here’s a look at what some major travel companies are currently offering in the way of flexibility, toward using or saving these credits.

Last year, airlines issued billions of dollars in vouchers, which in Normal Times are usually good for a year from their issue date.

Not so in these times, said Scott Keyes, the founder of Scott’s Cheap Flights, an online service that alerts members to domestic and international flight deals. Barring certain budget airlines, he said, most major domestic carriers have extended the validity window for when vouchers must be used.

“This may be out of the goodness of their hearts, but the more likely explanation is it’s been a business decision,” Mr. Keyes said. “The small segment of Americans willing to travel would only book new flights if they knew they had the flexibility to change their plans should the pandemic circumstances warrant.”

One of the best examples, he added, is Delta Air Lines, which has extended the validity of vouchers from tickets purchased on or before April 17, 2020, and on flights scheduled to depart after March 1, 2020. Passengers have until the end of 2022 to travel using those vouchers.

At JetBlue Airways, all of the “travel bank credits” issued last March through June came with a 24-month expiration date for booking — a year longer than the company’s pre-Covid policy. Southwest Airlines vouchers issued between March 1 and September 7, 2020 are good for travel through September 7, 2022.

Vouchers for United Airlines tickets purchased between May 1, 2019 and March 31, 2021 can be used for travel through March 31, 2022. Meaning: If someone bought a ticket in June 2019 for a February 2020 trip — then canceled because of the burgeoning virus — that person has through next March to put the voucher to use.

United and other airlines’ policies have evolved, and will continue to do so, with the pandemic. With 2021 well underway, Consumer Reports and U.S. PIRG, a public-interest advocacy nonprofit, called on 10 domestic airlines last week to ensure their vouchers can be used into 2022.

In addition to the official rules, Mr. Keyes said, “Most airlines have had informal policies to grant extensions to customers who called in and proactively asked for one. Though you shouldn’t be a jerk about it — honey attracts more flies than vinegar — you should be proactive, explain why you’re not comfortable traveling under the current circumstances and ask.”

When the pandemic hit, most air travelers fell into two camps: Those whose flights had been canceled by the airline, and those who voluntarily canceled their tickets. Cruisers were given no such choice: The industry came to an all-out halt last March, after several coronavirus outbreaks were linked to cruises. The Centers for Disease Control and Prevention issued a no-sail order, and most ships have been bobbing emptily ever since. Cruisers, in turn, got either cash refunds or future cruise credits, the industry’s version of vouchers or merchandise credits.

Although the C.D.C. order was lifted in October, cruising still remains largely on pause, and most major cruise companies have preemptively canceled their sailings well into this year while they get their health-and-safety protocols up to snuff. In the meantime, policies about future cruise credits remain flexible.

“We’ve seen the concept evolve since the start of the pandemic, and cruise lines are giving people a fairly long lead in terms of expiration dates,” said Colleen McDaniel, the editor in chief of Cruise Critic, a leading cruise news and planning website. “They’re leaving room for people to sail when they’re comfortable. It also helps navigate the continued pause in the industry — with no definitive end date and cruises continuing to be canceled, it leaves some leeway.”

On Carnival Cruise Line, an industry powerhouse with a fleet of 24 ships, travelers who opted to receive a credit, rather than a cash refund, have through April 2023 to sail.

All river and ocean sailings with the luxury operator Viking Cruises have been canceled through May 31; travelers who opted for a 125-percent future cruise credit (rather than a 100 percent refund) have 24 months from the issuance date to rebook, up from the company’s standard 12 months. If the voucher expires before they’re able to use it, they can later convert it into a cash refund.

Operations at Cunard Line, the British cruise company famous for its trans-Atlantic journeys, are paused until at least August 27, depending on the ship. Credits from canceled sailings must be used to book a new sailing by December 31, for travel as far into the future as is available on Cunard’s website.

If decisions like that still feel daunting, Ms. McDaniel pointed to a general Covid-era shift that some cruisers may find reassuring.

“Booked guests are given the flexibility to cancel their cruises far closer to a sail date than ever before,” she said. “Some lines are allowing guests to cancel within 48 hours of a sail date — though most sailings haven’t gotten to that point yet.”

In an effort to push travelers to rebook rather than cancel — and therefore remain solvent — certain tour operators sweetened the deal with extra flexibility.

At Intrepid Travel, a large adventure travel company, the majority of tours that were canceled because of the pandemic translated into 110 percent credits with no expiration date. The company is also allowing fee-free changes up to 21 days before departure.

G Adventures, which runs small group tours that focus on community tourism, has suspended most of its trips through April and is giving travelers two years to use the credits. And credits from suspended Trafalgar Travel tours can be used for departures before the end of 2022.

Sarah Firshein is a Brooklyn-based writer. If you need advice about a best-laid travel plan that went awry, send an email to [email protected].

We asked readers to tell us about the spots that have delighted, inspired and comforted them in a dark year. Here, 52 of the more than 2,000 suggestions we received, to remind us that the world still awaits.