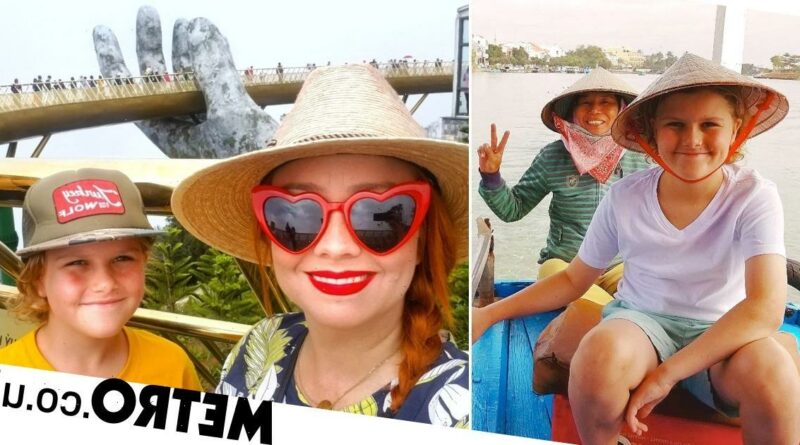 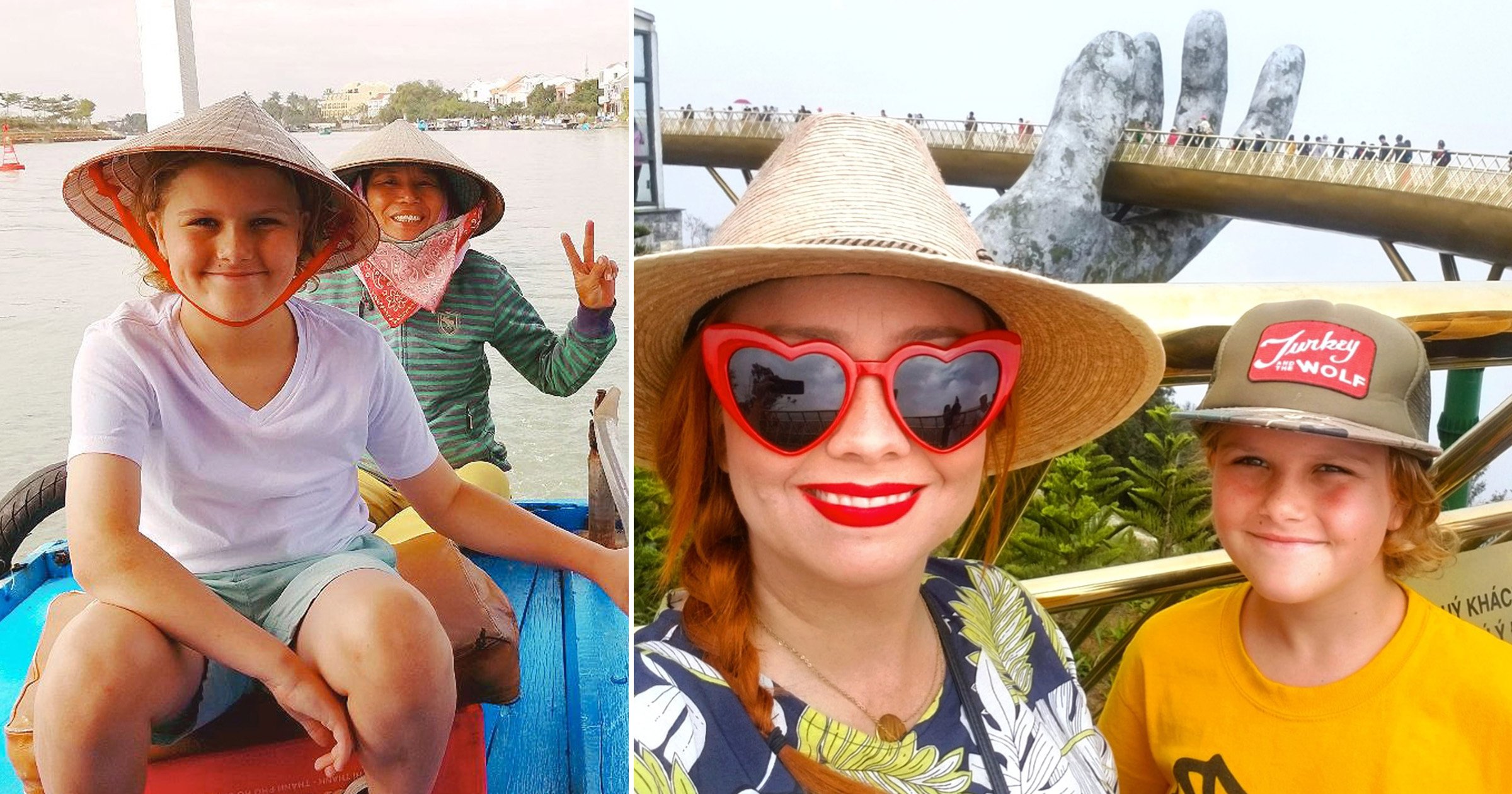 A mum has rebelled against the ‘norm’ by leaving her job and deciding to go and see the world with her teenage son.

The radio producer, originally from Los Angeles, US, decided to quit the rat race when she was made redundant in 2018. She took Zephyr out of private school and the pair began to travel around the globe on a budget.

‘Before I lost my job, I was earning £80k [$100k] per year across three jobs; I had a full-time and two part-time jobs. But I was miserable, I couldn’t keep up with the Los Angles rat race.

‘So, when I lost my main income in January 2018, I decided to reevaluate life and figure out what is most important for me and my son.

‘Zephyr fell in love with Paris when we went in 2016 and at the time, he suggested travelling the world together. Losing my job enabled me to make his dream our reality as I still had a part-time remote job as a radio producer and another at a photography studio.’

Crissy used to spend £6,380 per month on rent, car expenses and Zephyr’s school fees alone. She decided to buy a one-way ticket back to Paris in April 2018 with £16,000 she had savings.

‘As soon as I mentally decided we were going, things started happening, she says.

‘I had very little savings but then I was lucky enough to get a one-off job working on a film festival which added a chunk to my savings.

The mum-and-son duo hopped around Europe from France, Italy, the Czech Republic, England and many more countries before heading to Asia, Africa and South America.

‘I never wanted to spend more than $80 per night on accommodation. I aimed for $30-45 per night for hotels which was totally doable to find. We tried to stick to $10-20 a day for food and activities, there’s so much free stuff to do with kids. You don’t have to do loads of wild and expensive things to have fun.

‘I was desperately broke in the UK as I was running out of savings and there was a payroll error for 12 weeks. I remember eating Greggs sausage rolls for breakfast to fill up and walking around London.

‘Some of the best times were when we were broke.’

Crissy recalls that they stayed in Peru for a month with a strict budget of $5 per day so that they could save up to visit Machu Picchu at the end of their trip.

‘We had a great time with and without money, Zephyr saw budgeting as a challenge and a game,’ she says.

‘He never once asked to go to Disneyland on this adventure as everything was amazing and different for him.’

Some of the most memorable moments for Crissy include Paris winning during the World Cup, climbing Sydney Harbour Bridge, visiting an orangutan rehabilitation centre in Malaysia and a safari in Kenya, Africa.

‘We were in France when Paris won the world cup, I’m not a football fan but nothing will beat that experience. It was phenomenally special and unplanned. We have never seen a country run into the street and celebrating.’

‘Whilst in Europe, we couldn’t not help!’ she says. ‘I feel so incredibly proud that we got involved with raising money for donations and distributing them to the refugees left with nothing.

‘It was heartbreaking and a real eye opener – especially for my son.’

Throughout their journey, Zephyr was home-schooled and still is to this day meaning the pair, who are currently in New Orleans, US, can jet off whenever they like.