Home » Travel » How Lufthansa’s First, Business and Economy class cabins really compare – from comfy beds and loo with a view to soggy chicken and broken chair – The Sun

FLYING long haul in economy can be a cramped and agonising experience – especially if you end up sitting in the middle seat.

But what's like to fly in business and first class on the same flight? And is it worth the money? 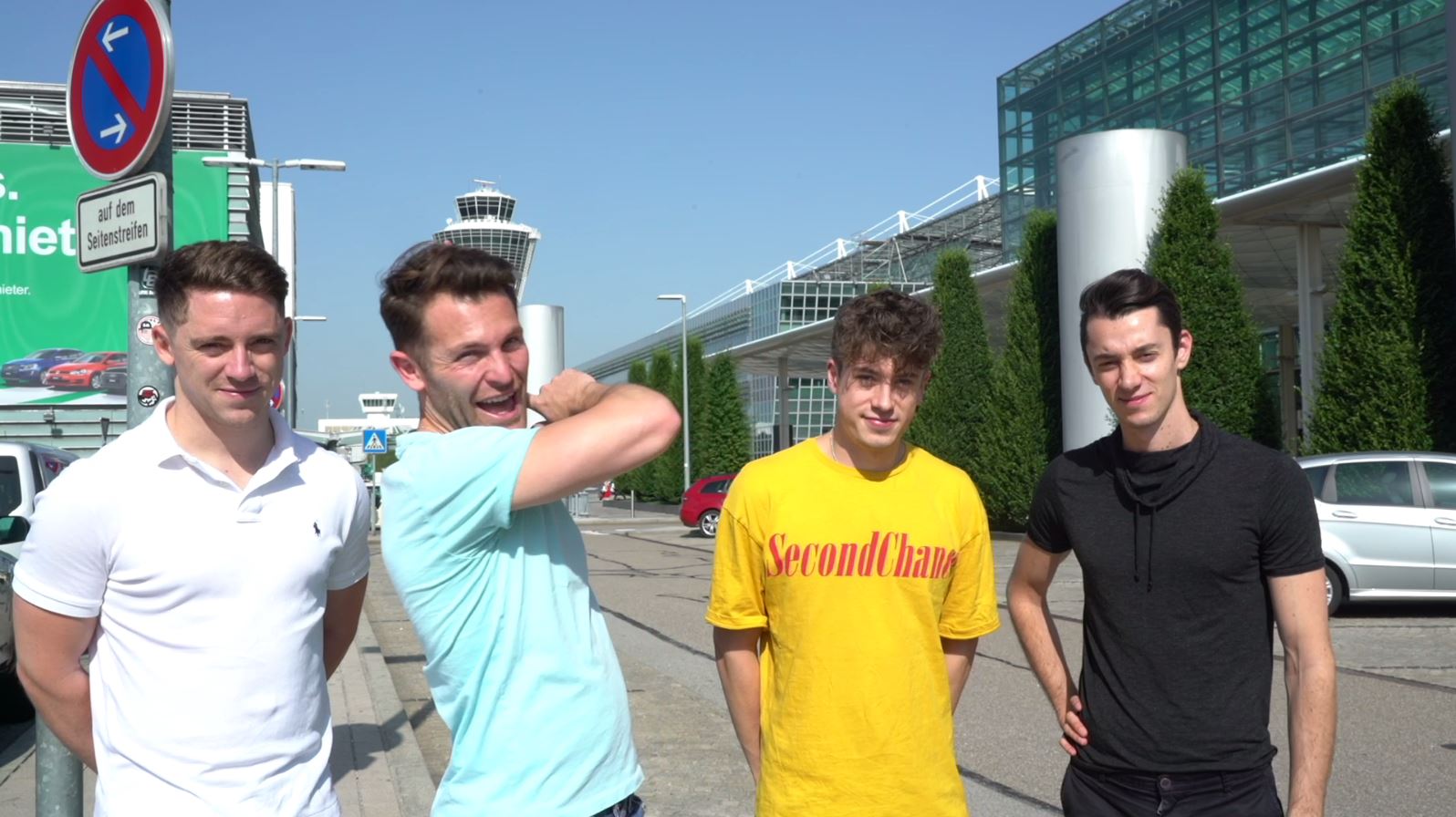 That's the question the travel experts at The Points Guy (TPG) set out to answer when they put a Lufthansa flight to the test.

Four experts from the travel site set out to review the airline's First, Business, Premium Economy and Economy classes.

While three of them boarded the same Airbus A340 from Munich to New York, the fourth had to get the later flight on an Airbus A350 due to ESTA issues – a reminder to always check before you travel to the US.

With everything from loo with a view to soggy chicken, read on to find out how each cabin really fared: 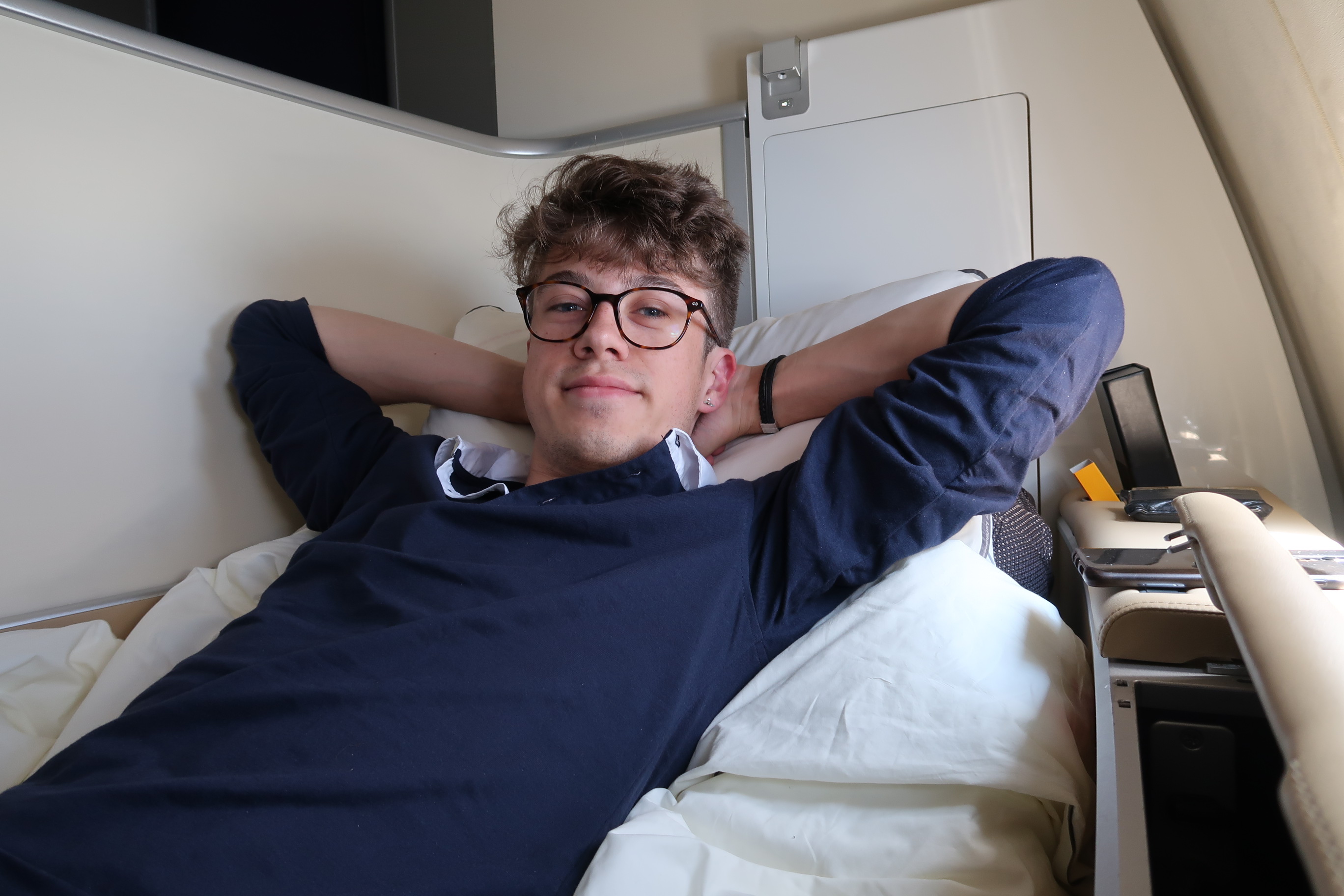 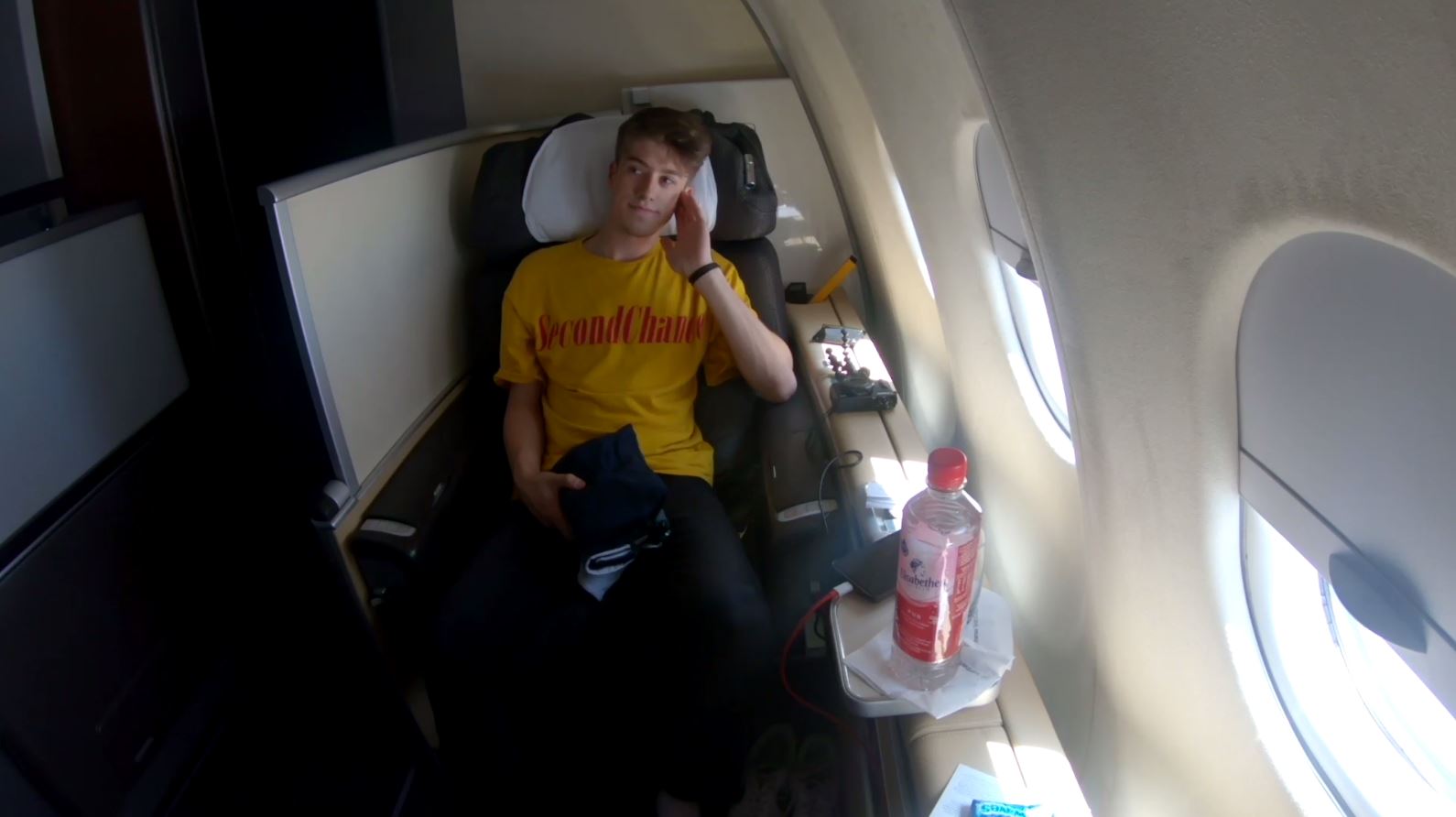 As you'd expect for the price tag, Liam had an amazing experience.

There was delicious food on board and in the lounge before he boarded, and the wine list was huge.

But it's the seat that was the winner – Liam praised the seat and said that it was completely customisable with adjustable head rest, angle of seat and sliding foot rest.

Plus, it folded down into a bed, with pyjamas to match.

This, according to Liam, was "comfier than my bed at home."

Plus, you get escorted off the flight so you can go straight through immigration and collect luggage "within a minute".

But it wasn't perfect.

The temperature on board fluctuated a lot meaning the cabin was sometimes very hot – unlike his coffee which was just lukewarm. 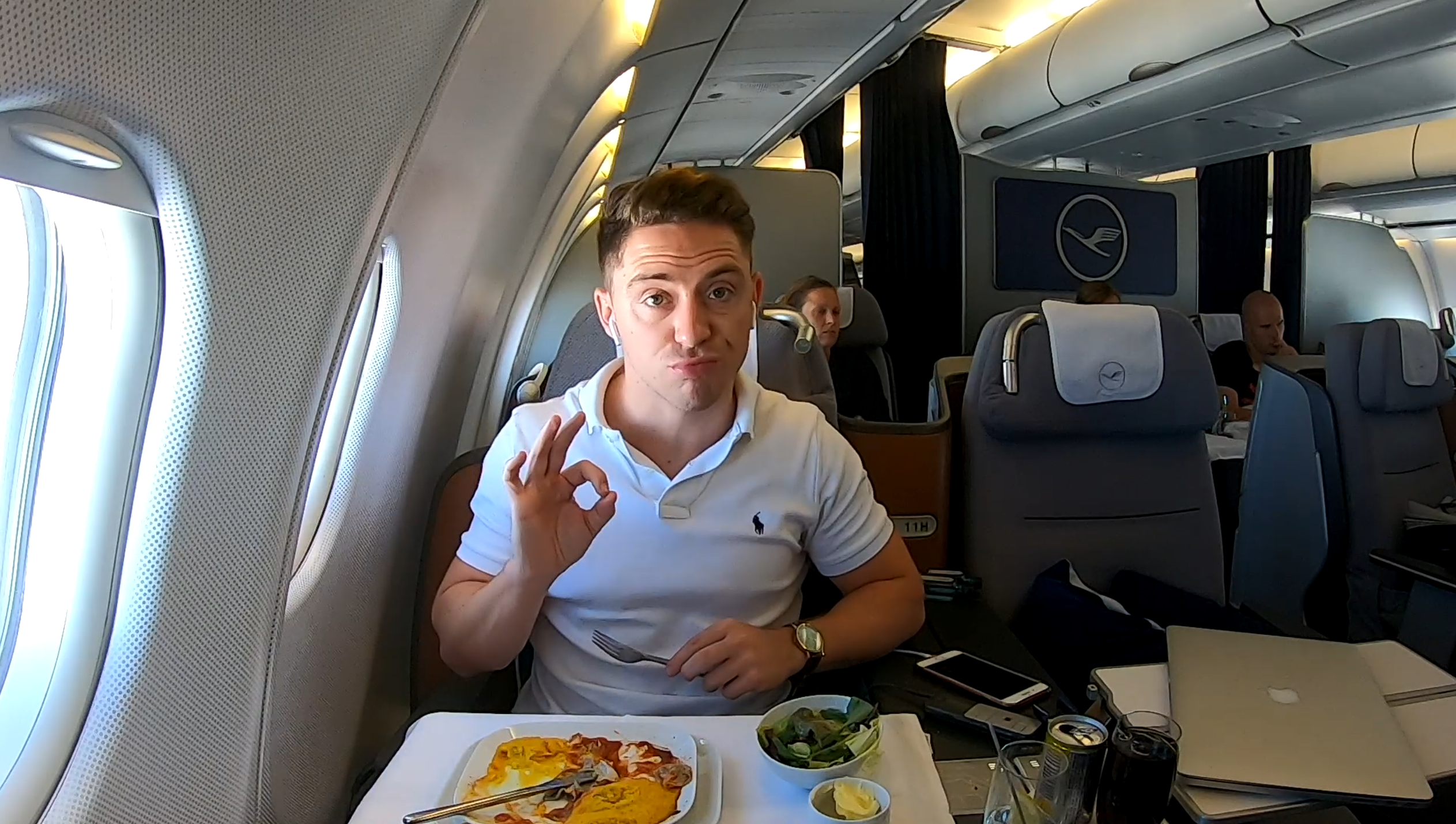 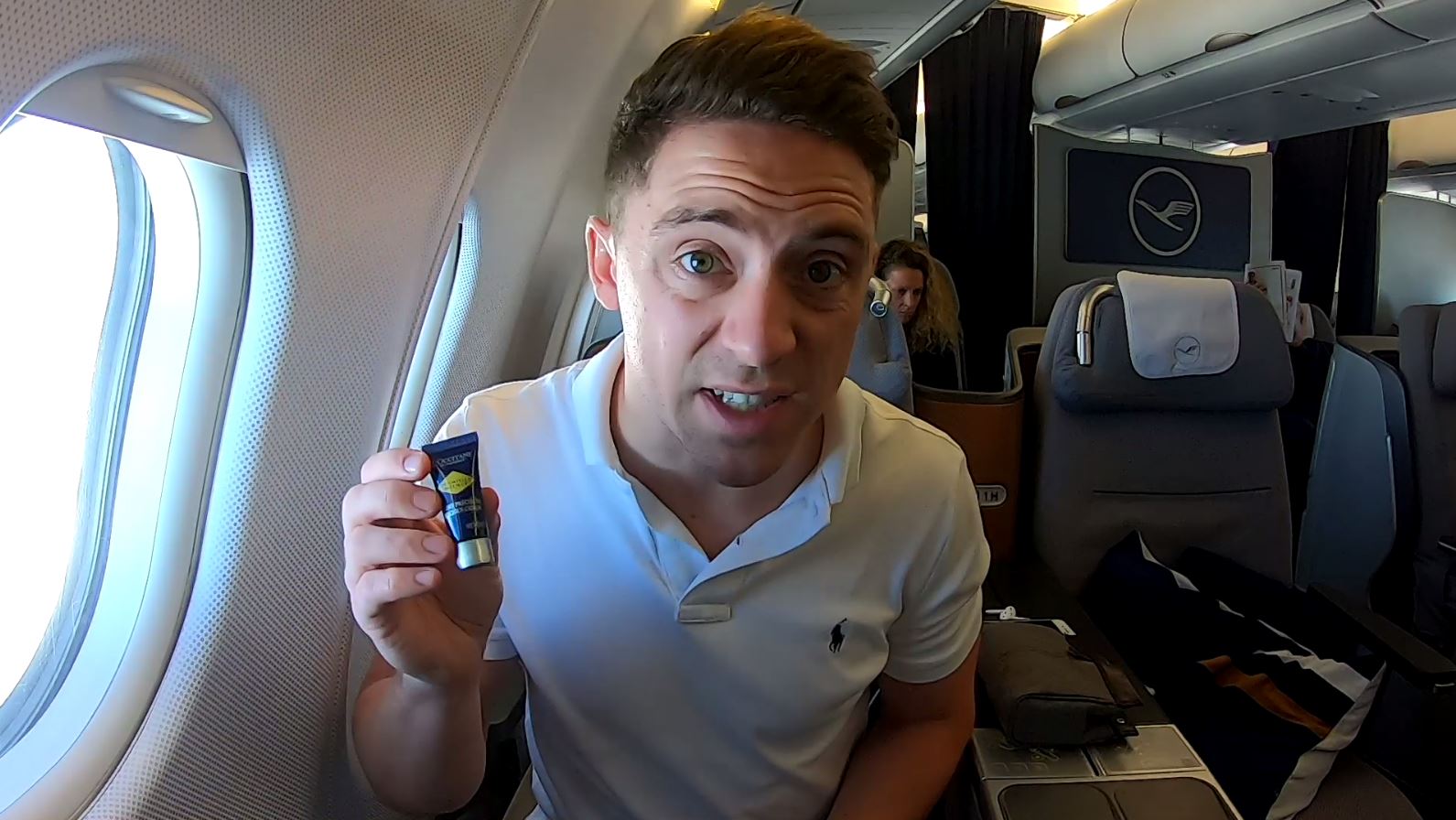 If you didn't have frequent flyer miles though, you'd expect to pay around £5,045, which is not much less compared to first class.

But for Dan, the experience perhaps didn't quite live up to expectation.

He liked that there was quick and friendly service, and the loo came with a view.

However, the wifi cut out half-way across the Atlantic, leaving him to make the most of the in-flight entertainment – unfortunately for Dan, they weren't quite to his taste.

He did, however, appreciate the excellent noise cancelling headphones that he was given – if only the tray table worked as well.

Dan explained: "It was a complicated/clunky process to get out the tray table." 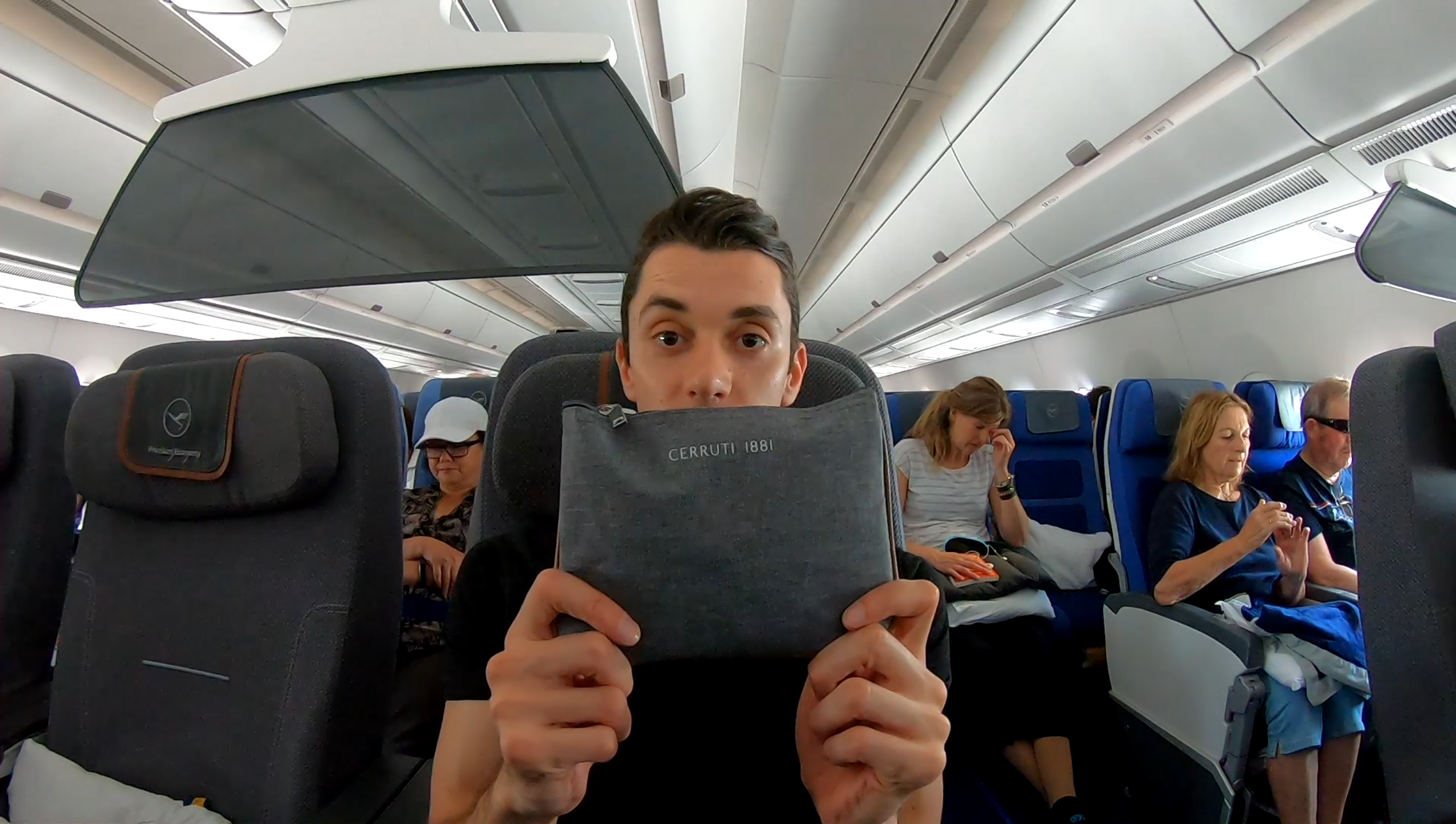 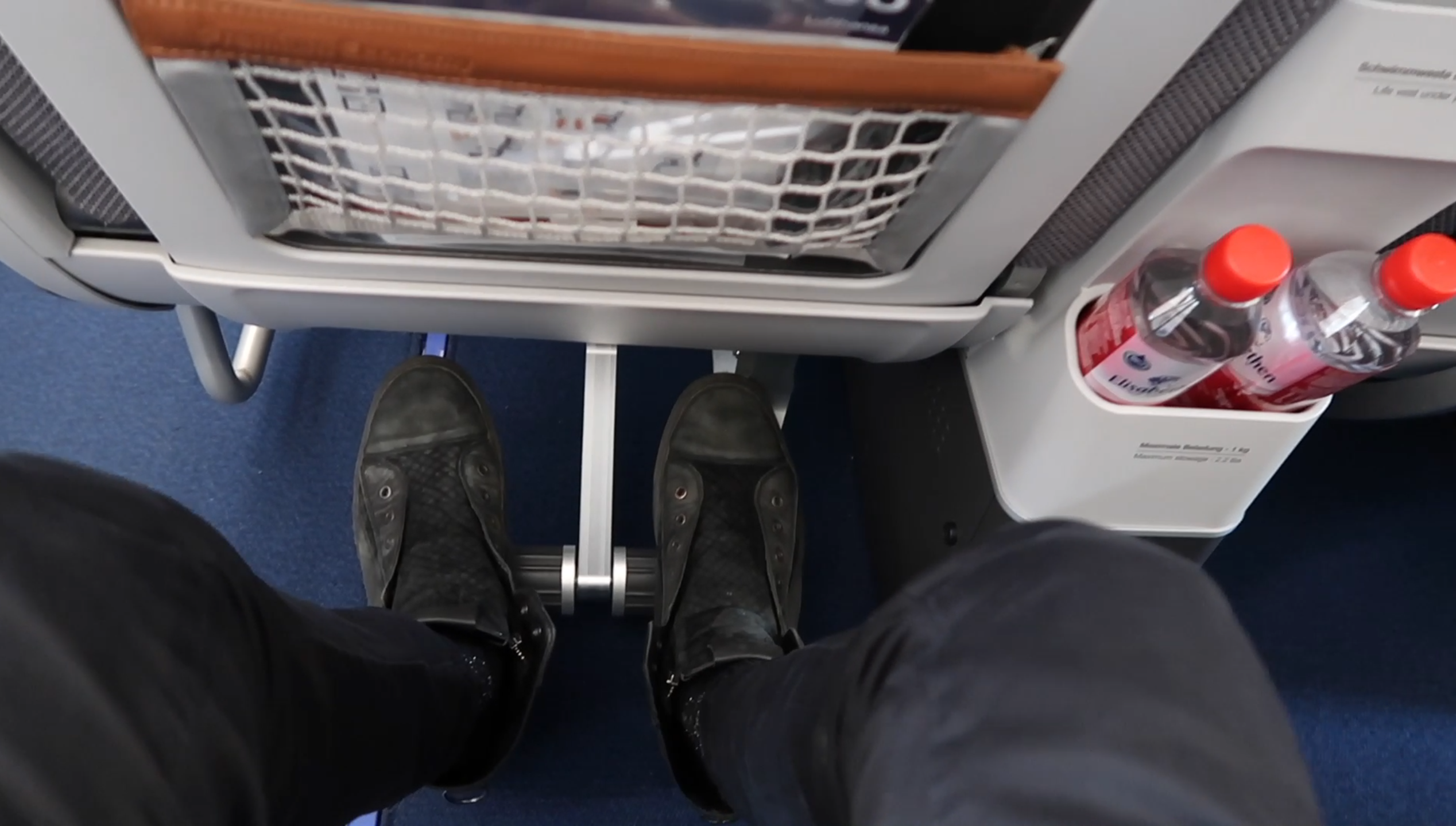 TPG's Jean Arnas flew in premium economy, which he paid with cash rather miles like most travellers.

Because of the ESTA issue, he flew on a slightly different aircraft to the other experts with mixed results.

Jean said: "The inflight entertainment screen was huge for Premium Economy on the A350".

He also liked the spacious and clean cabin with two bottles of water waiting for you per seat.

Plus, there was an amenity kit – with socks, eye mask, tooth brush and toothpaste – and the wifi worked for him.

But the food and drink left him a little disappointed.

He explained: "Food was OK – very, very basic and almost the same as economy.

"Drinks were basic, with no stand out premium products and only one choice of each spirit."

Then there's the toilet, which was the "smallest bathroom I've ever seen on an aircraft" according to Jean. 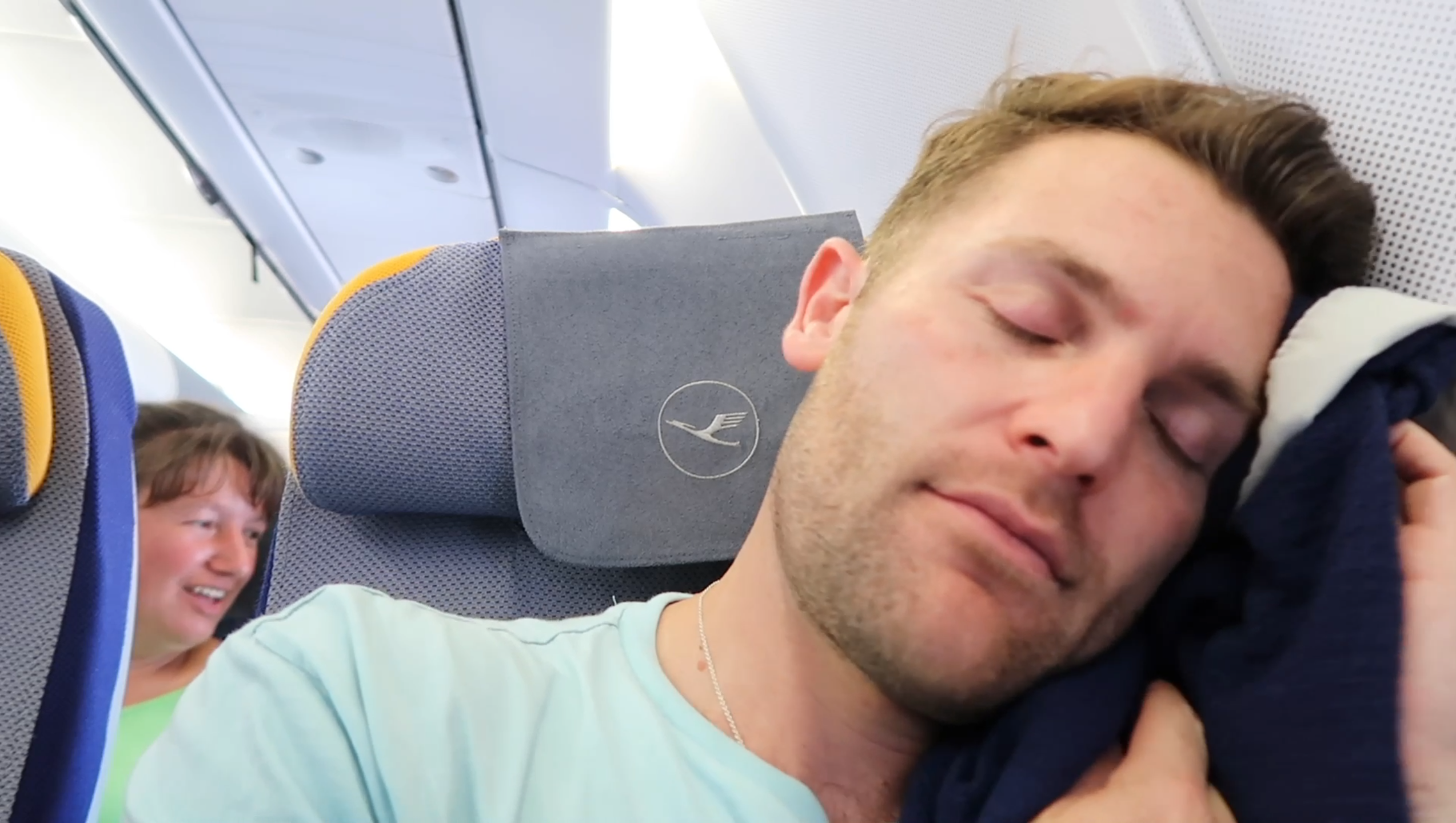 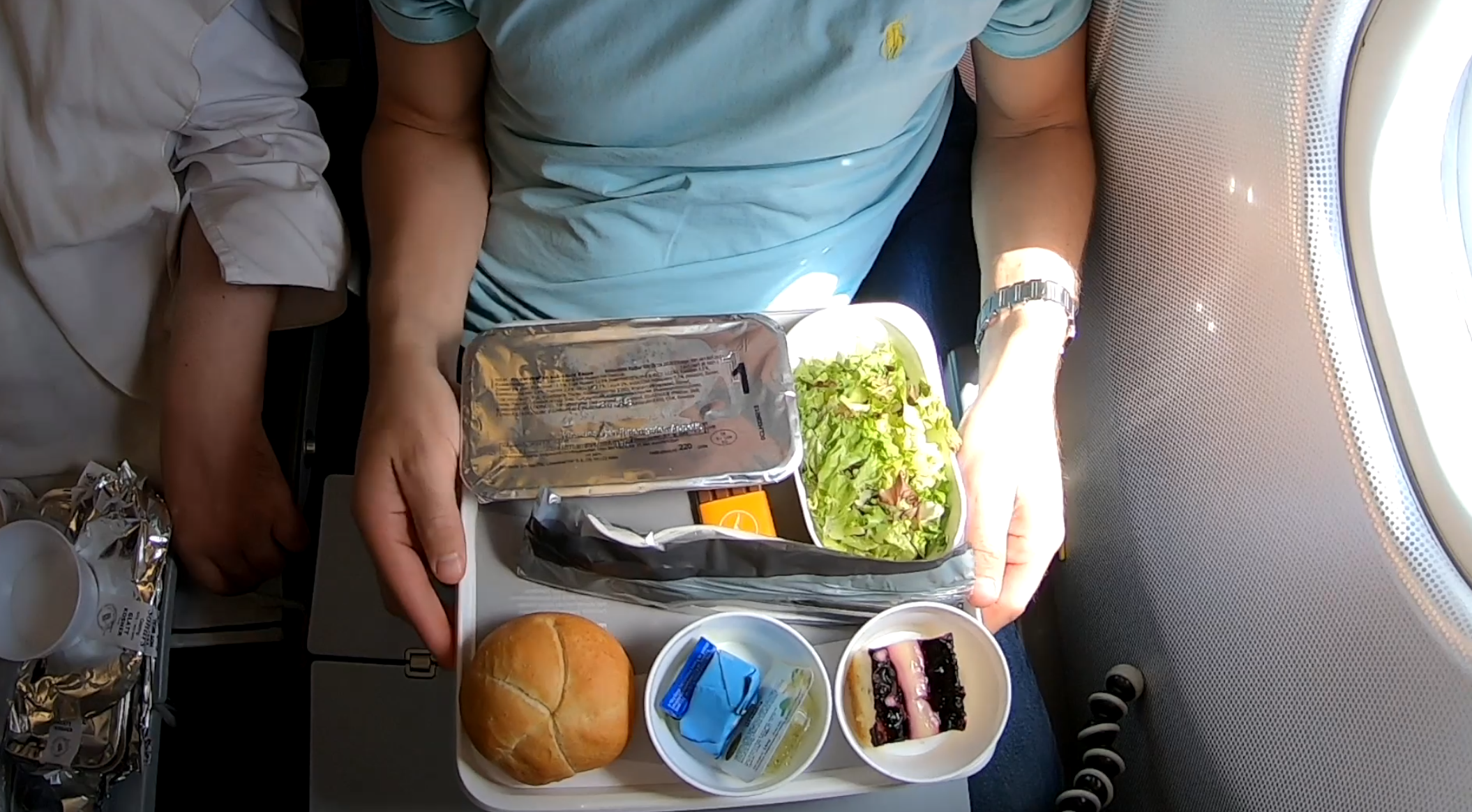 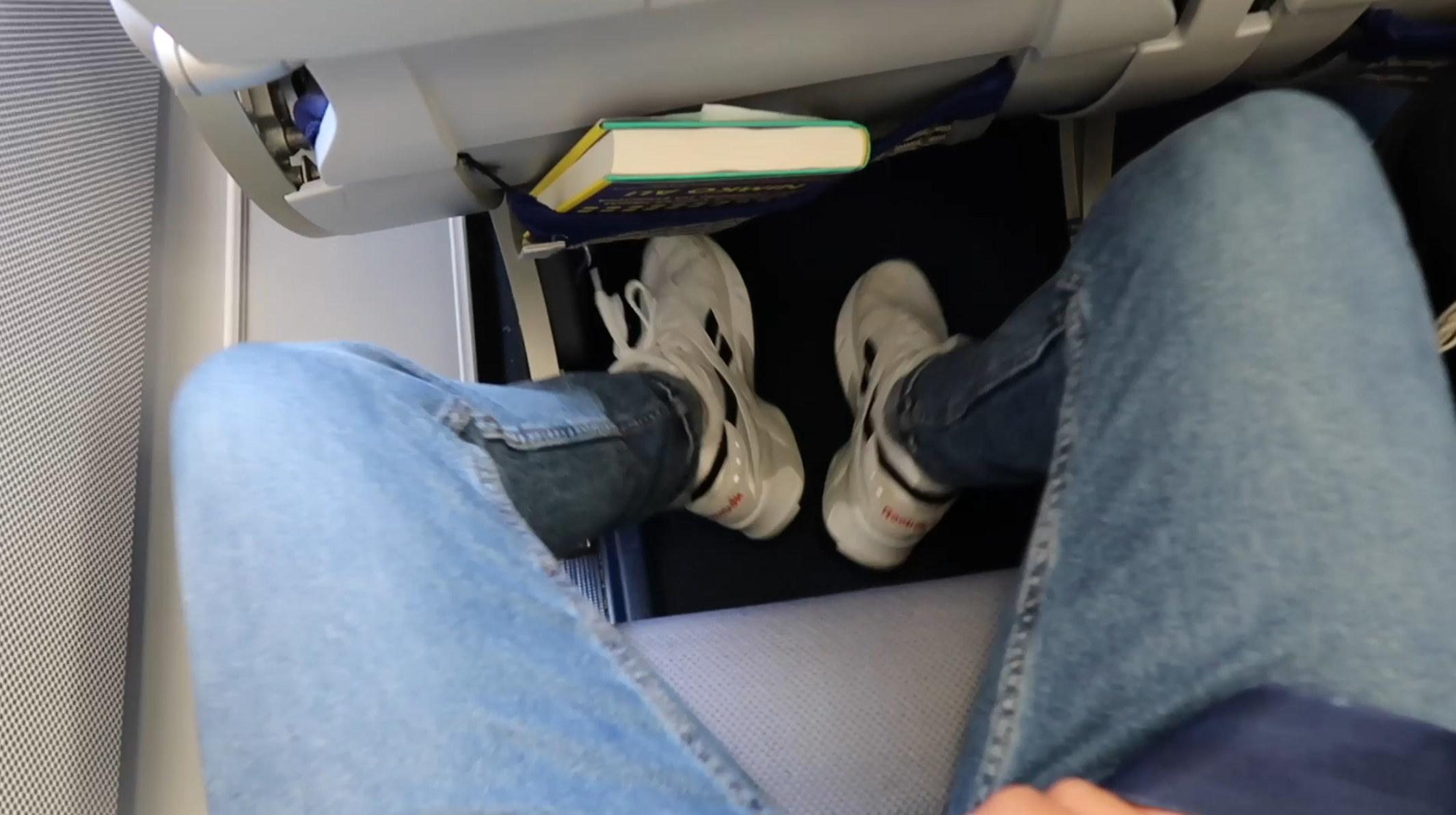 TPG's Nicky Kelvin travelled in economy, which he paid for with 30,000 United MileagePlus Miles and £66 tax.

He loved that there was hardly any queues at the self-check in area, but once at the gate, it became a bit of a nightmare.

Nicky said: "Boarding was a long and unpleasant process on a hot day in a hot terminal, with a large full plane and not much organisation."

Despite being in economy, he said the seats were comfortable and the layout of the cabin meant that you'd only have to squeeze past one person at any one time.

Plus, there was a "basement" in the economy cabin that led down to a bank a toilets – a bit of a novelty.

The food let the experience down.

Nicky said: "Food service was relatively slow.
"[The] side dishes were OK but the main hot dish was a rather watery – soggy chicken and orzo rice. Edible, but not much more."