YOUR kids will love Rulantica, a huge Nordic-themed water park that opened in Germany on November 28.

The indoor attraction, which is the size of five football fields, is open year-round and you can even stay over. 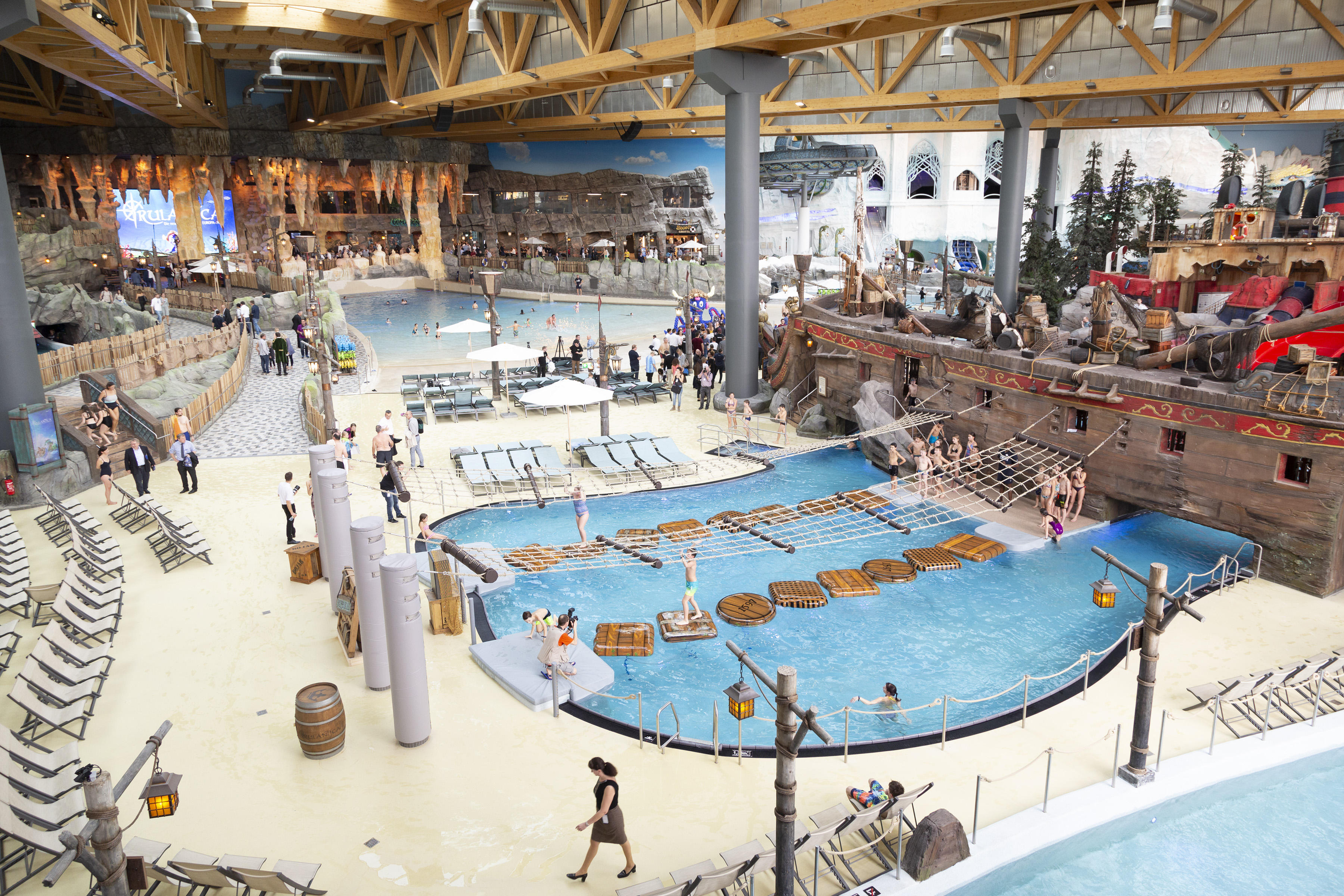 Rulantica is in Rust, near the Germany-France border.

It’s an hour’s drive north of the EuroAirport at Basel and two hours’ drive from Stuttgart Airport.

There are 25 different attractions, including a wave pool and 17 water slides.

Two of those slides, Dugdrob and Vildfål, start by sending riders on adrenaline-inducing freefall drops.

The water park also features an area with gentler slides designed for kids aged between three to 12.

Rulantica’s hall is shaped like a scallop shell and is heated to a balmy 32C.

Inside, there are 1,700 sun loungers and vsitors looking to upgrade can even rent sofas.

Beyond that is an outdoor zone with 500 sun loungers and a heated pool.

There’s also an option to hire one of the eight Komfort Hyddas – plush retreat areas with lounge furniture for four people and views over the water park. 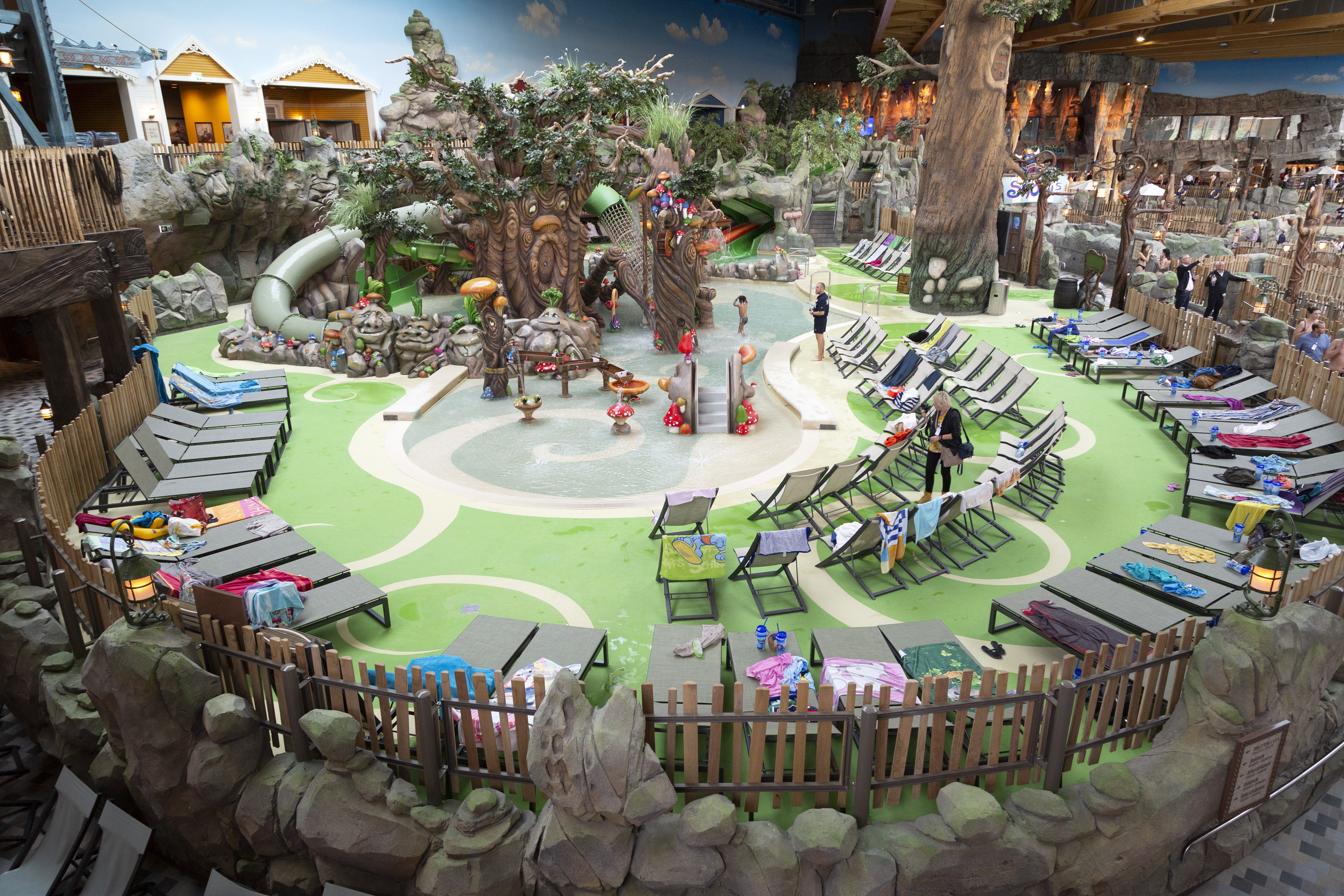 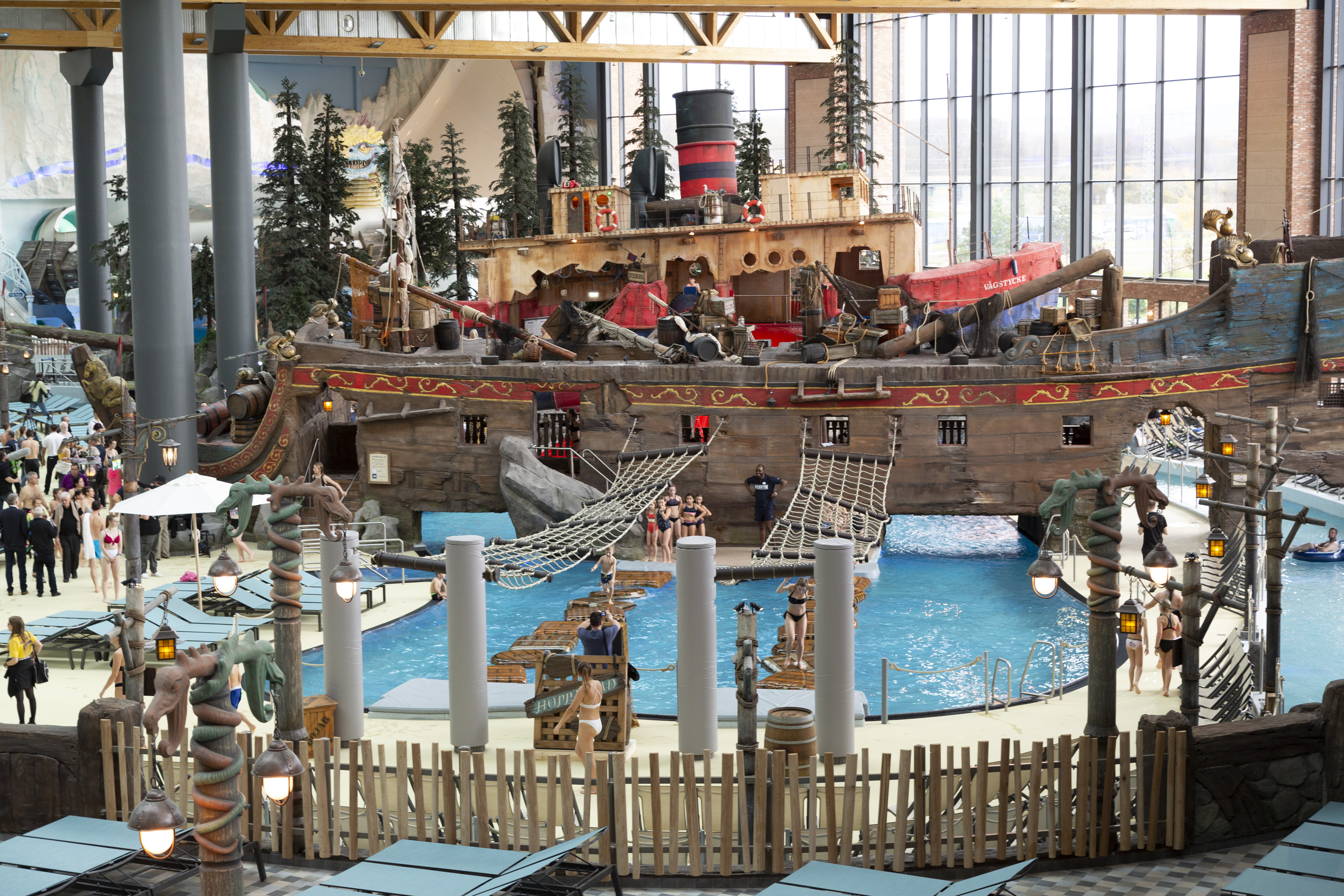 The theme of the water park comes from an elaborate legend created just for the attraction.

According to the story, the Norse god Loki created the island of Rulantica to lead humans into temptation.

The water park’s mascot is Snorri, a cute looking cartoon octopus who wears a Viking helmet with jutting horns.

Construction of the water park, which started in September 2017, was completed in 26 months. 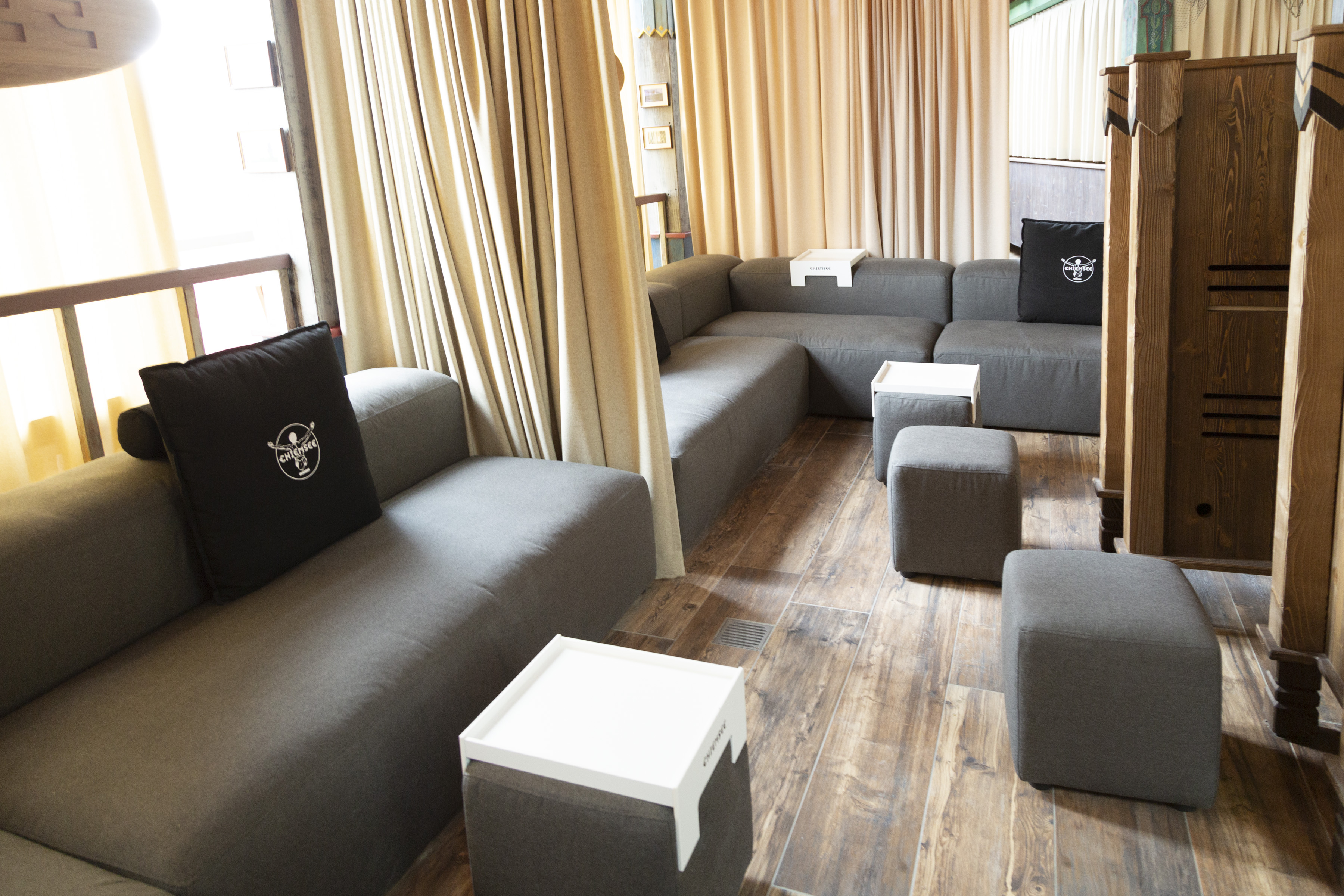 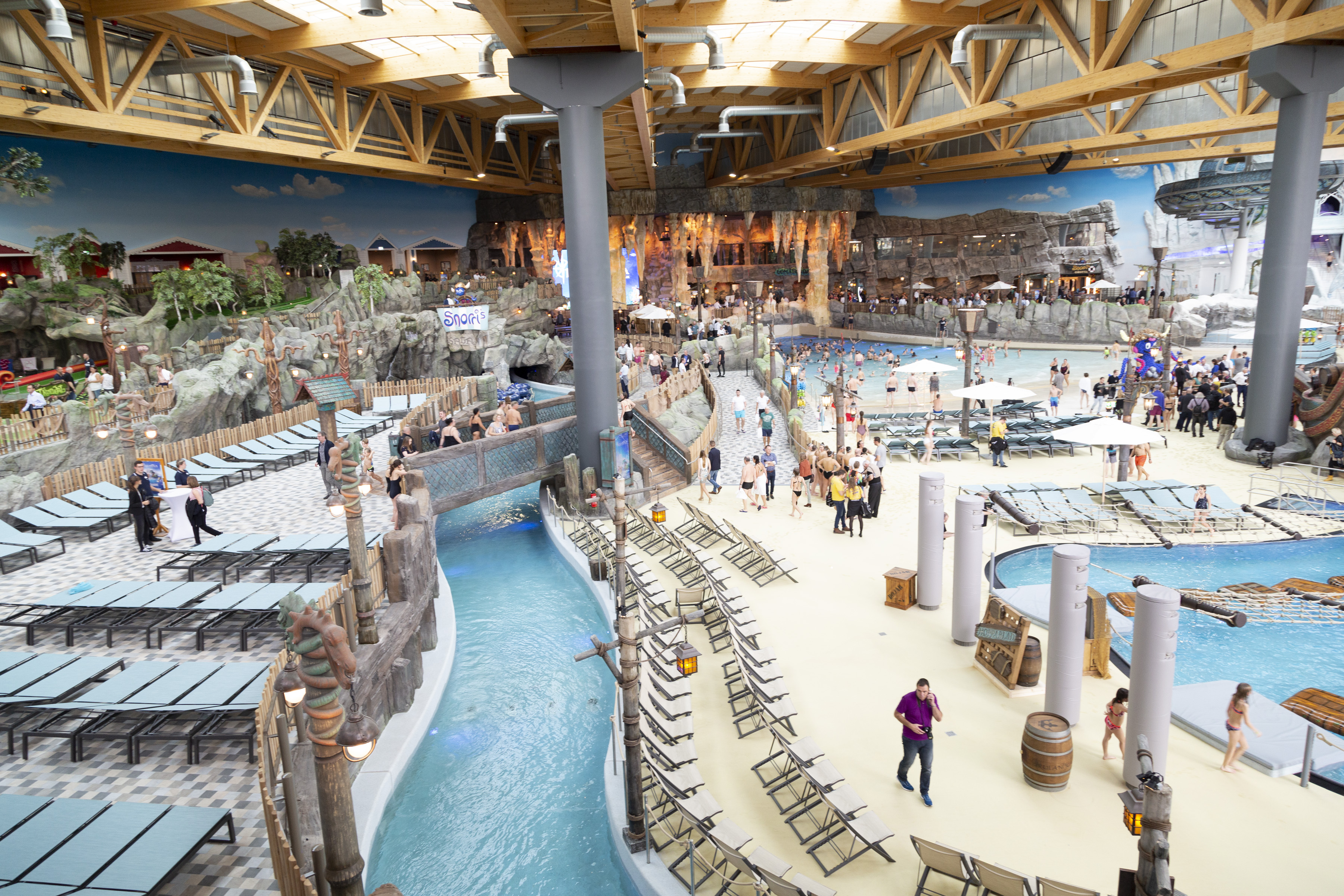 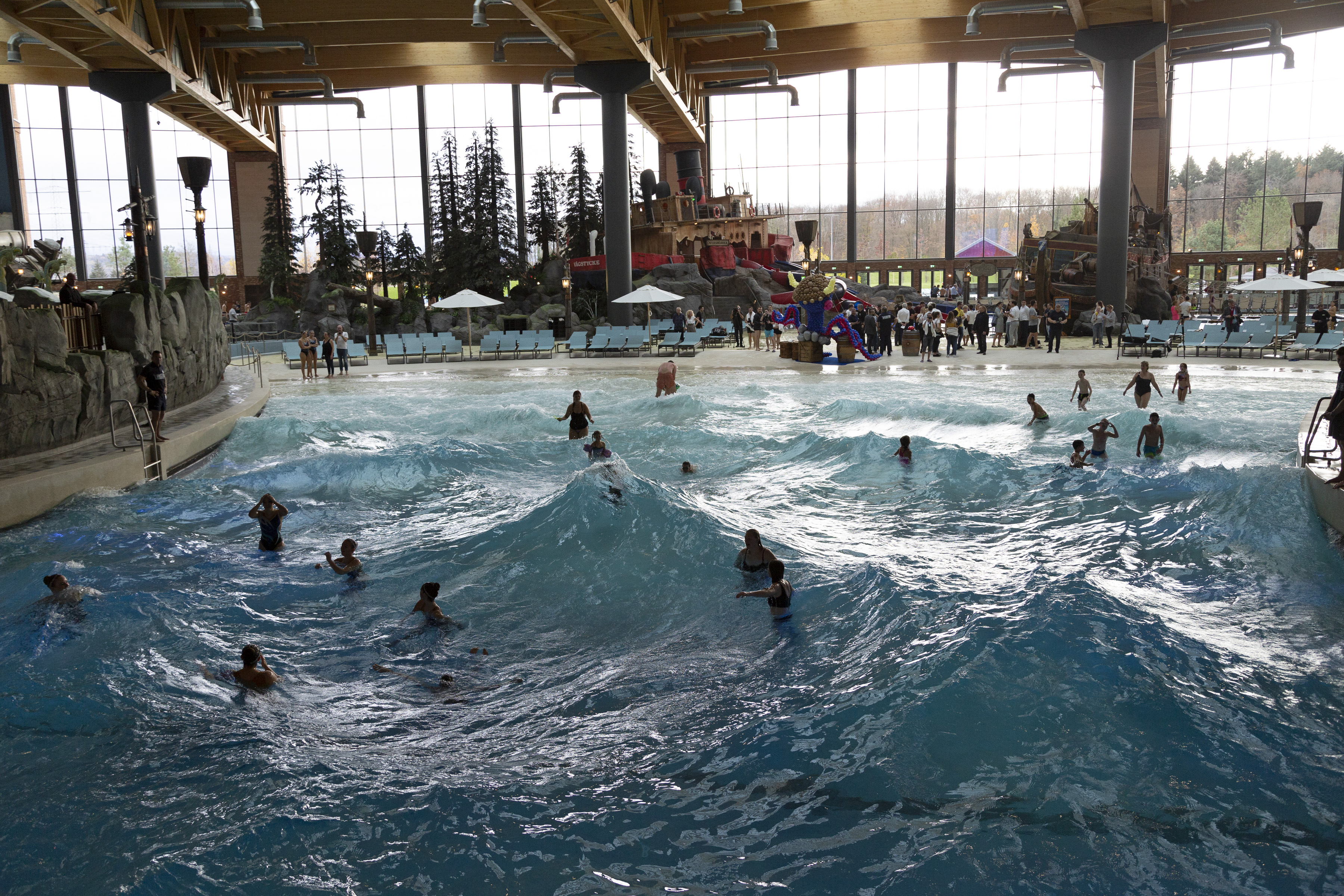 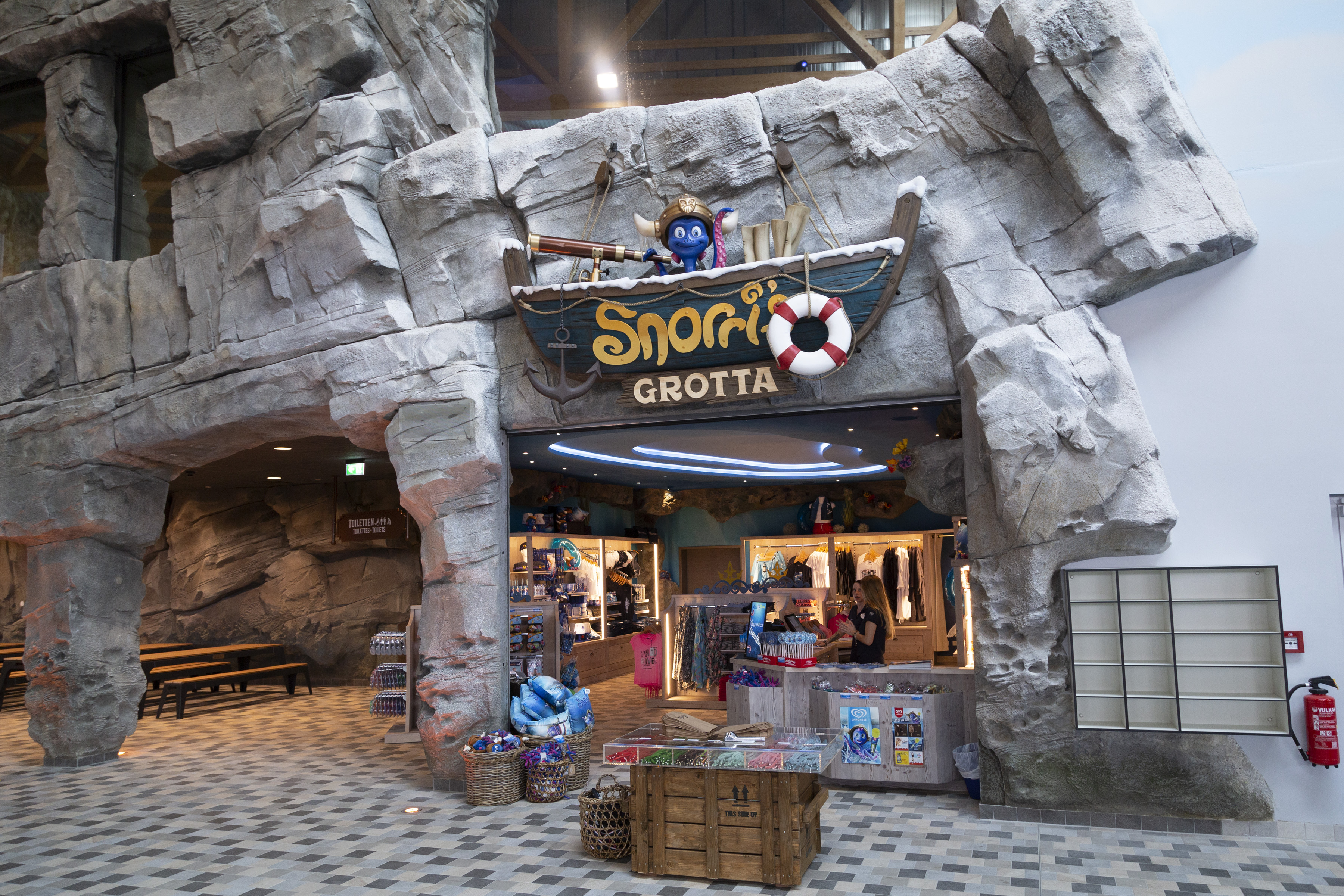 The Krønasår, a four-star superior hotel, has 276 rooms and 28 suites.

Exhibits in the lobby include the spiralling skeleton of Svalgur, the giant sea snake that’s part of the Rutlantica legend.

A replica of a Viking longship hangs above tables in Bubba Svens, the Krønasår’s boathouse style restaurant, where the breakfast buffet is laid out each morning.

The hotel also has a fine-dining restaurant, a café and a bar.

Guests staying at the Krønasår can enter Rulantica an hour earlier than the water park’s regular 10.00am opening time. And the water park stays open until 10.00pm. 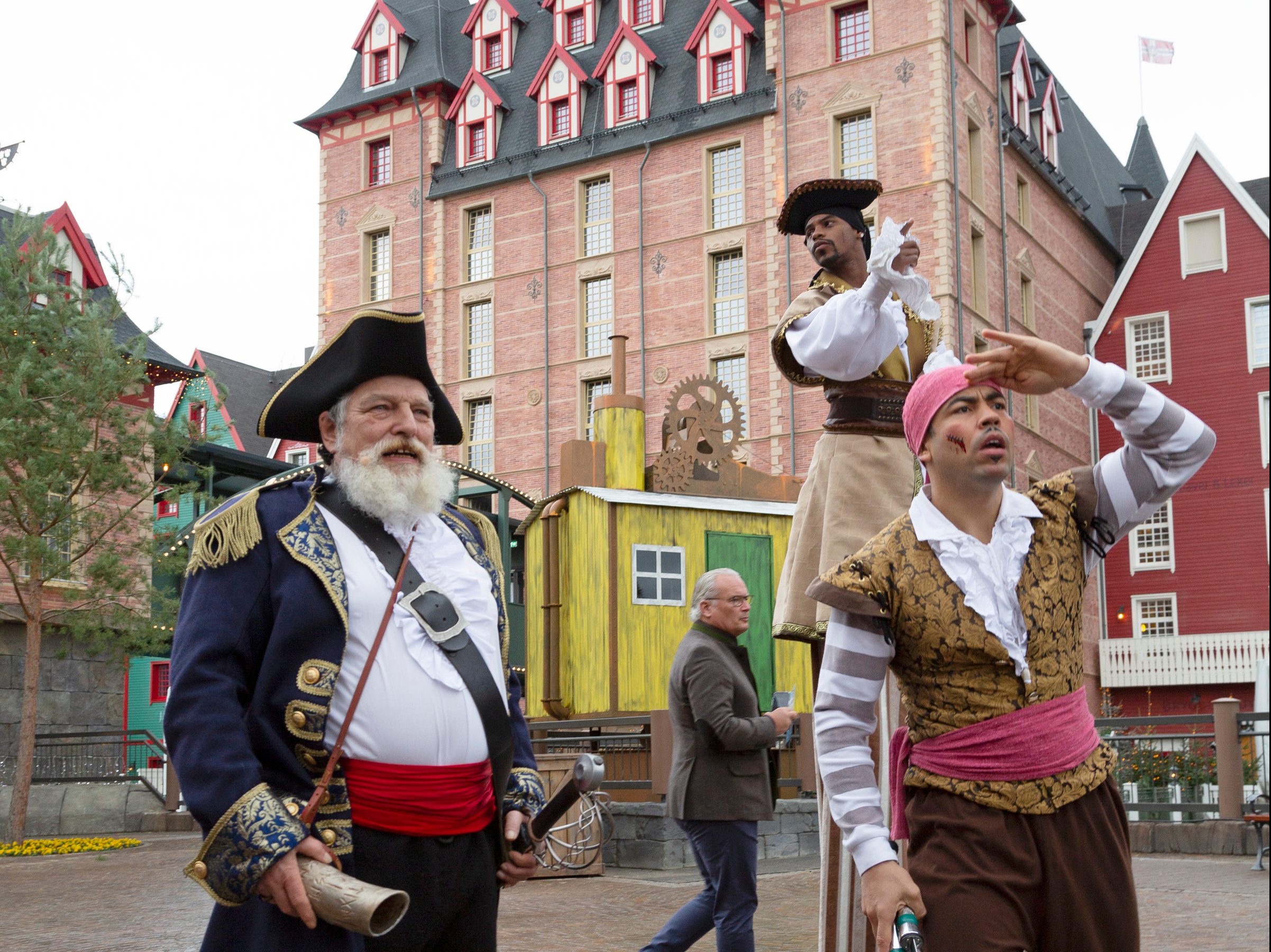 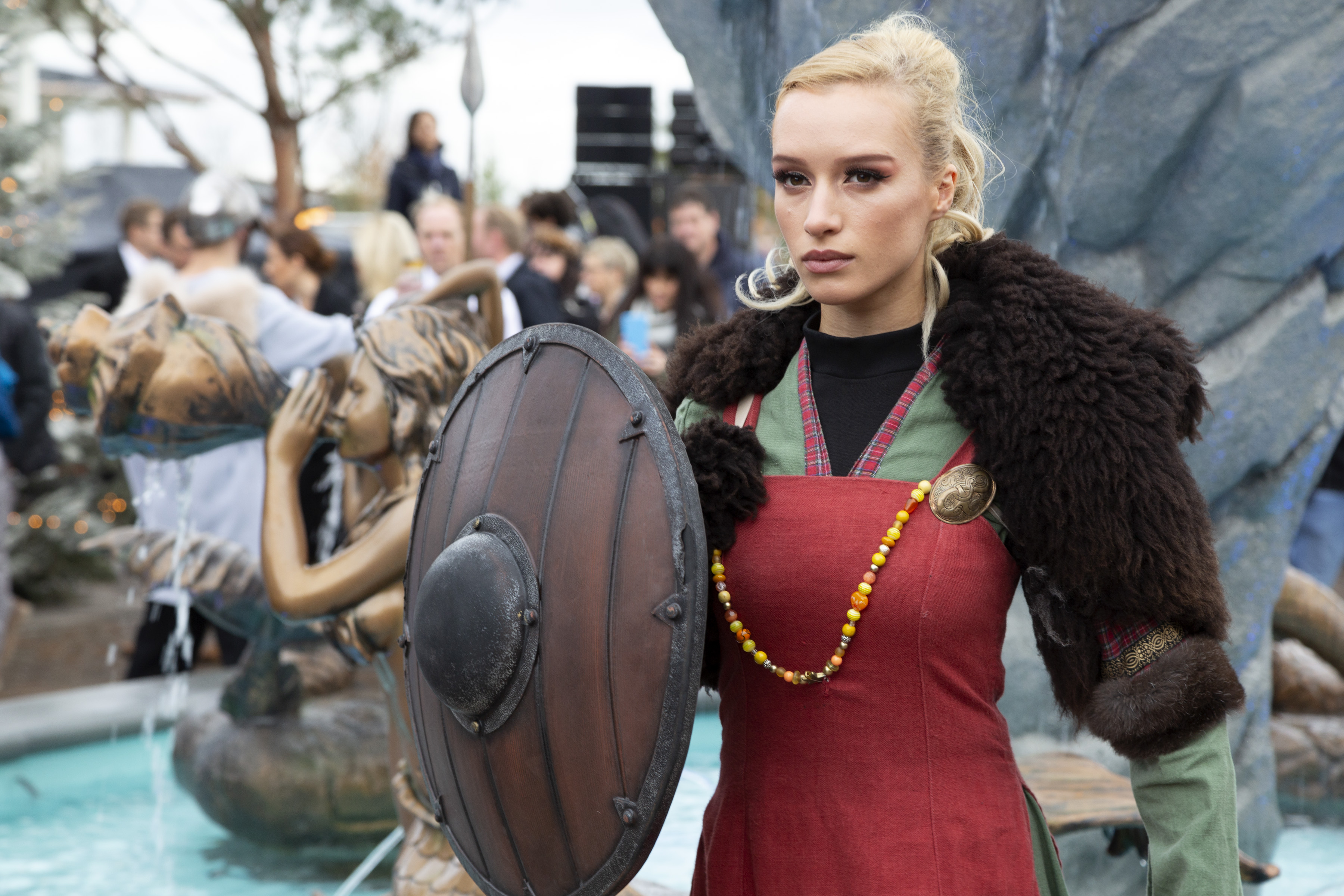 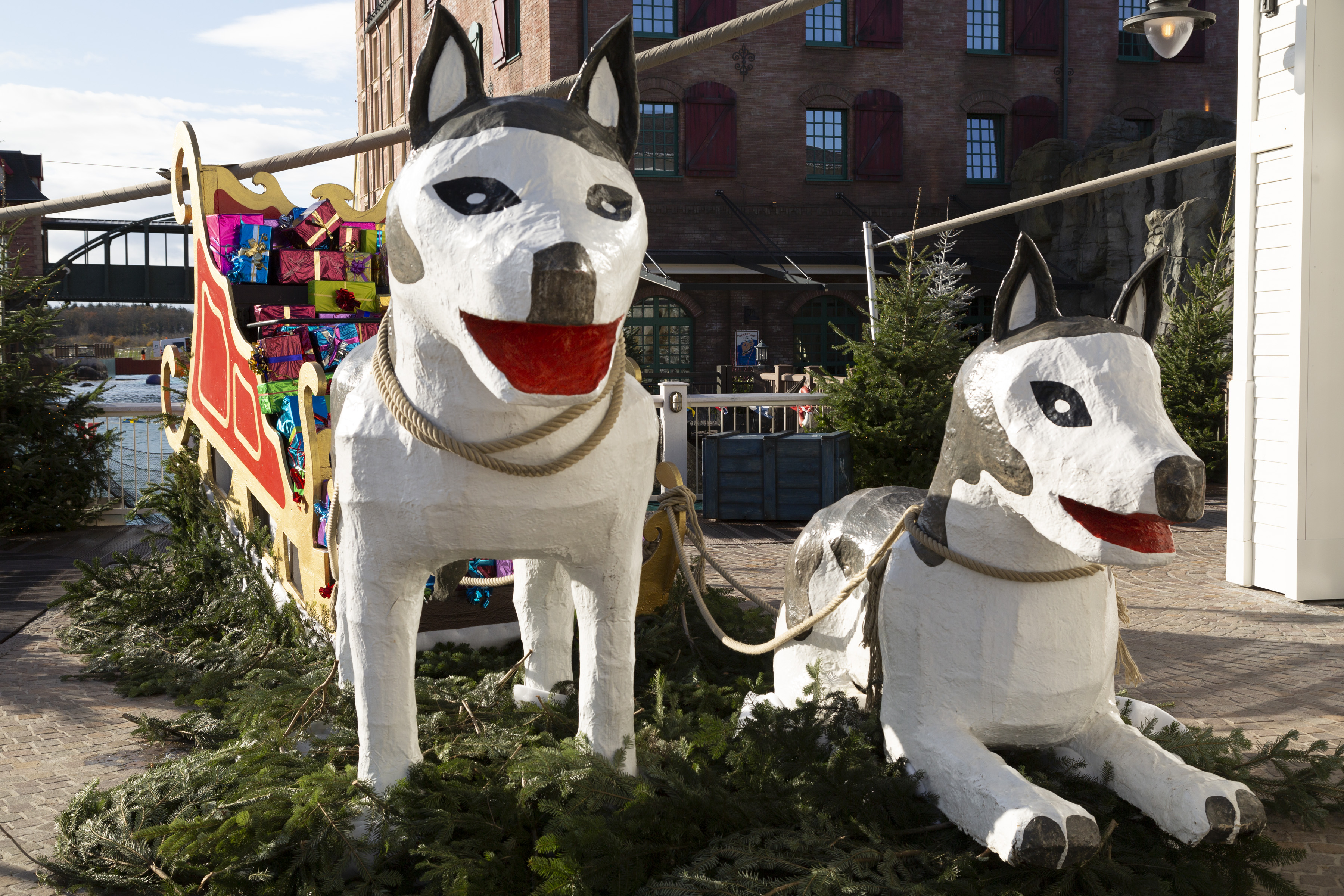 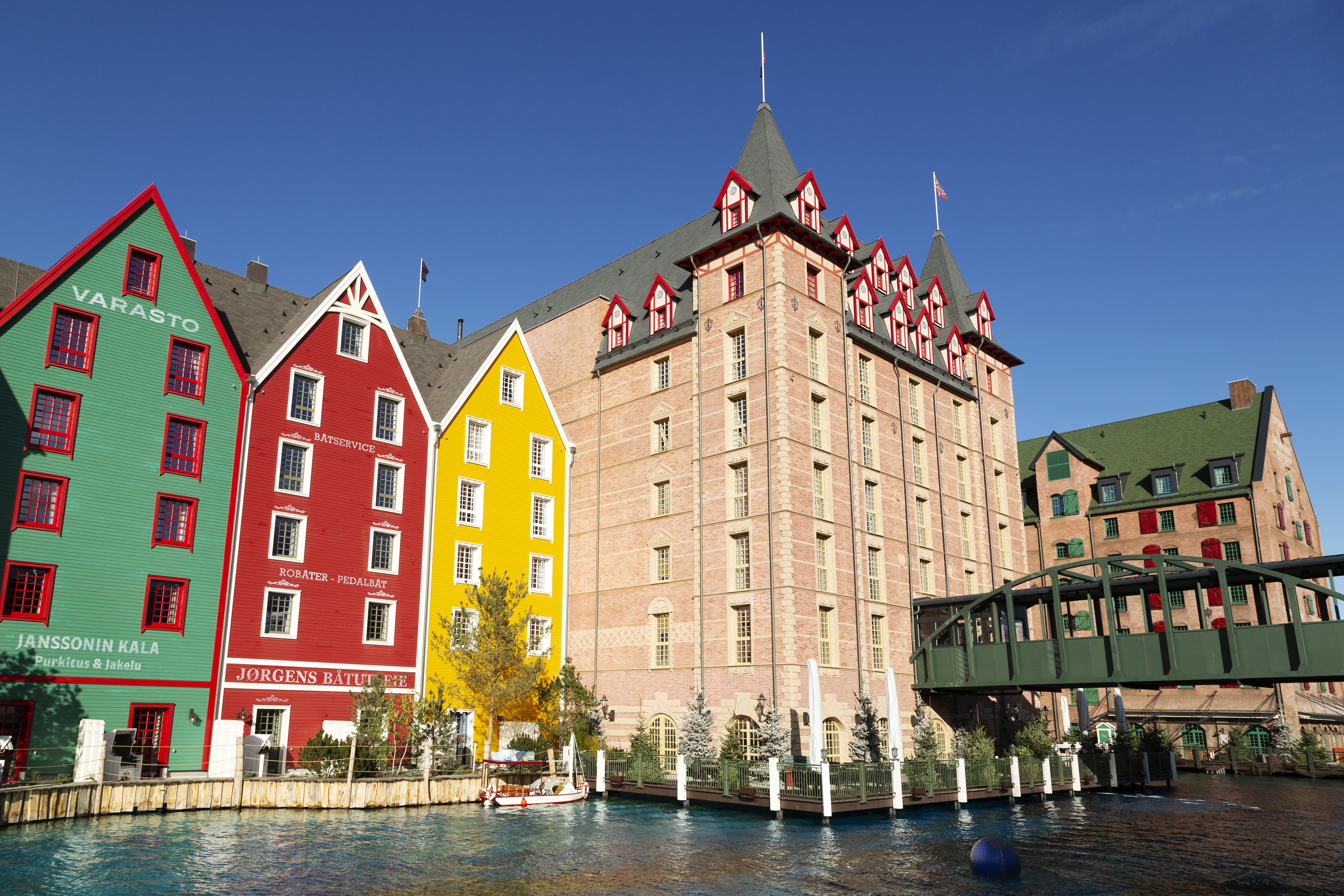 The family-friendly water park can host up to 3,500 visitors at a time and is expecting to welcome around 5,000 people a day.

Evening tickets, valid from 5pm, are reduced by three euros per person.

There's another indoor water park in Germany that's heated to a tropical temperature year round.

And a new £75m water park could be opening in Bournemouth in the future.