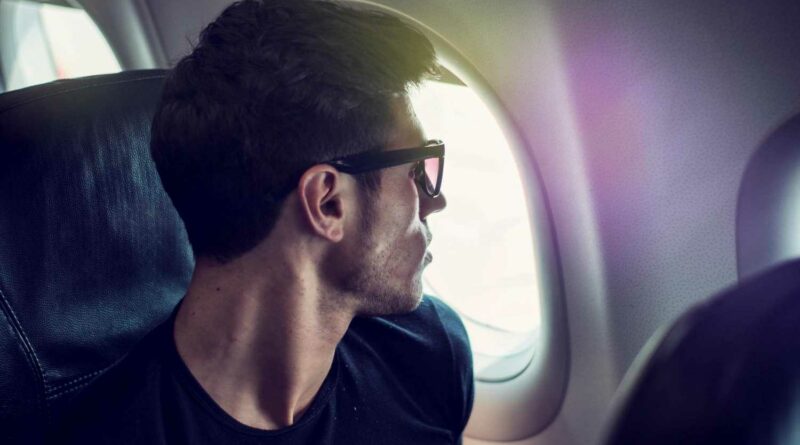 A PILOT has revealed how long people can survive in a plane if a window smashes during a flight.

But don't worry – the chances of it happening are extremely small. 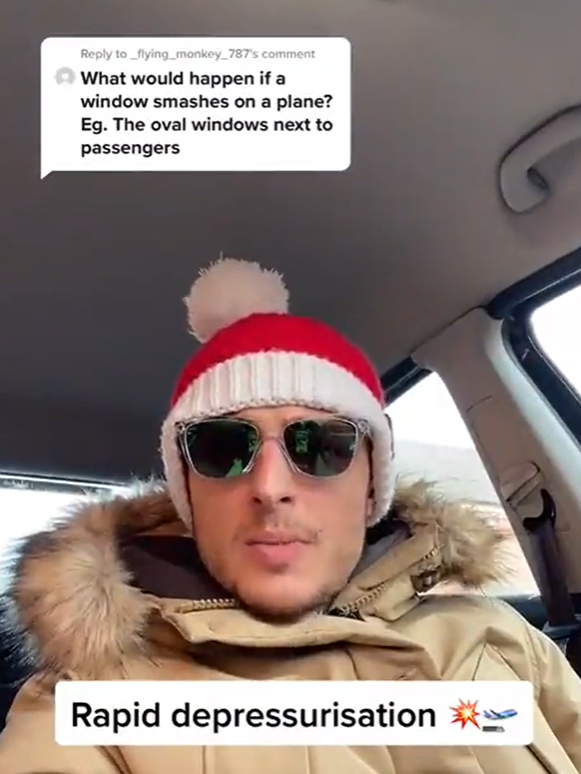 Pilot Harrison Murray shared a video on Tiktok that revealed what would happen if a plane window smashed mid-flight.

He explained that there would be rapid depressurisation, as the cabin rushes to equalise conditions inside the cabin with conditions outside.

He said that passengers only have between 30 and 90 seconds of useful consciousness where they will need to put their oxygen masks on.

According to Air And Space magazine, every plane that flies above 15,000 feet must carry at least 10 minutes of oxygen per passenger.

Pilots would then need to descend the plane very quickly to a height where the masks are no longer needed.

If passengers are unable to put an oxygen mask on before they lose consciousness, it is unlikely they will survive.

Harrison, who goes by the handle @pilot_geeza, answered the question: "What would happen if a window smashed on a plane?"

He said: "So if a window goes, you're gonna get a rapid depressurisation.

"You're going to get a load of discomfort in your belly as the gases expand.

"Up front, we'll be doing our memory items [a checklist], we'll get our oxygen masks on, we'll flick the switch for you as well so you get yours on – you want to get that on sharpish.

"Anywhere from 30,000ft to 40,000ft your time of useful consciousness is about a minute and a half to 30 seconds so you don't want to be messing about.

"We'll start doing our emergency descent, running through all the checklists and everything, and we'll be making a plan to divert to our nearest airport."

The video has had 405,000 views, and people were interested in whether passengers would be sucked out of the plane like in films.

One person commented: "So we wouldn't be sucked out of the window then? Hollywood has been lying to us lol."

Harrison replied: "Oh you might. Years ago the window came free from the plane and the captain got sucked out. The cabin crew held onto his legs!"

He was referring to Captain Tim Lancaster, a British Airways pilot who was ripped from his seat and sucked out of the window at 23,000ft.

Incredibly, he suffered several fractures and frostbite, but he survived.

This is the safest seat to sit in during a plane crash and there is even a safety reason why you should never wear a pair of leggings on a flight.

A travel expert has revealed the scary reason why plane headrests are always curved. 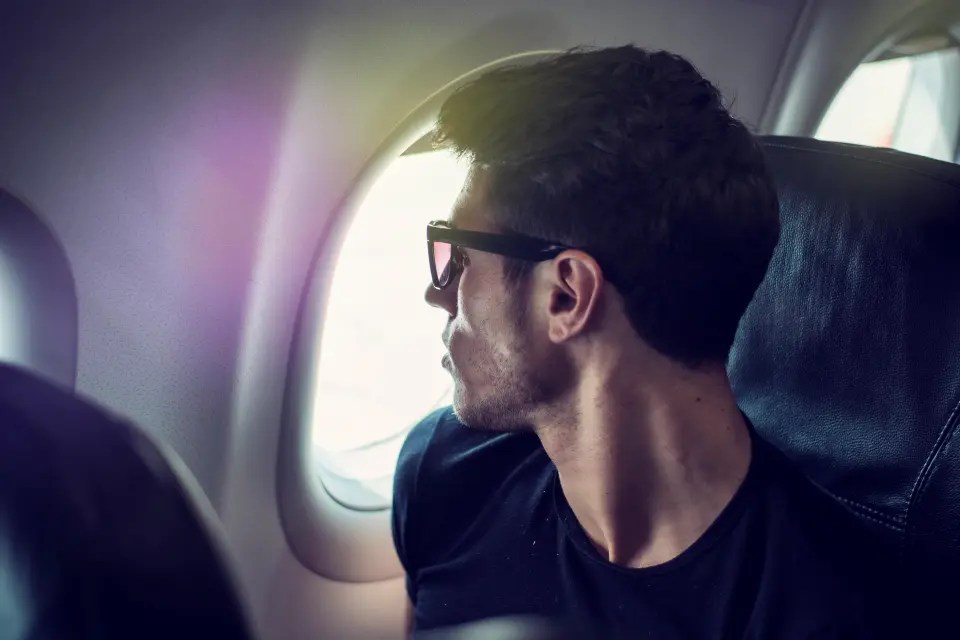