This was the opening act to a dinner that was as much theatre as meal in the new Izumi restaurant onboard Independence Of The Seas. 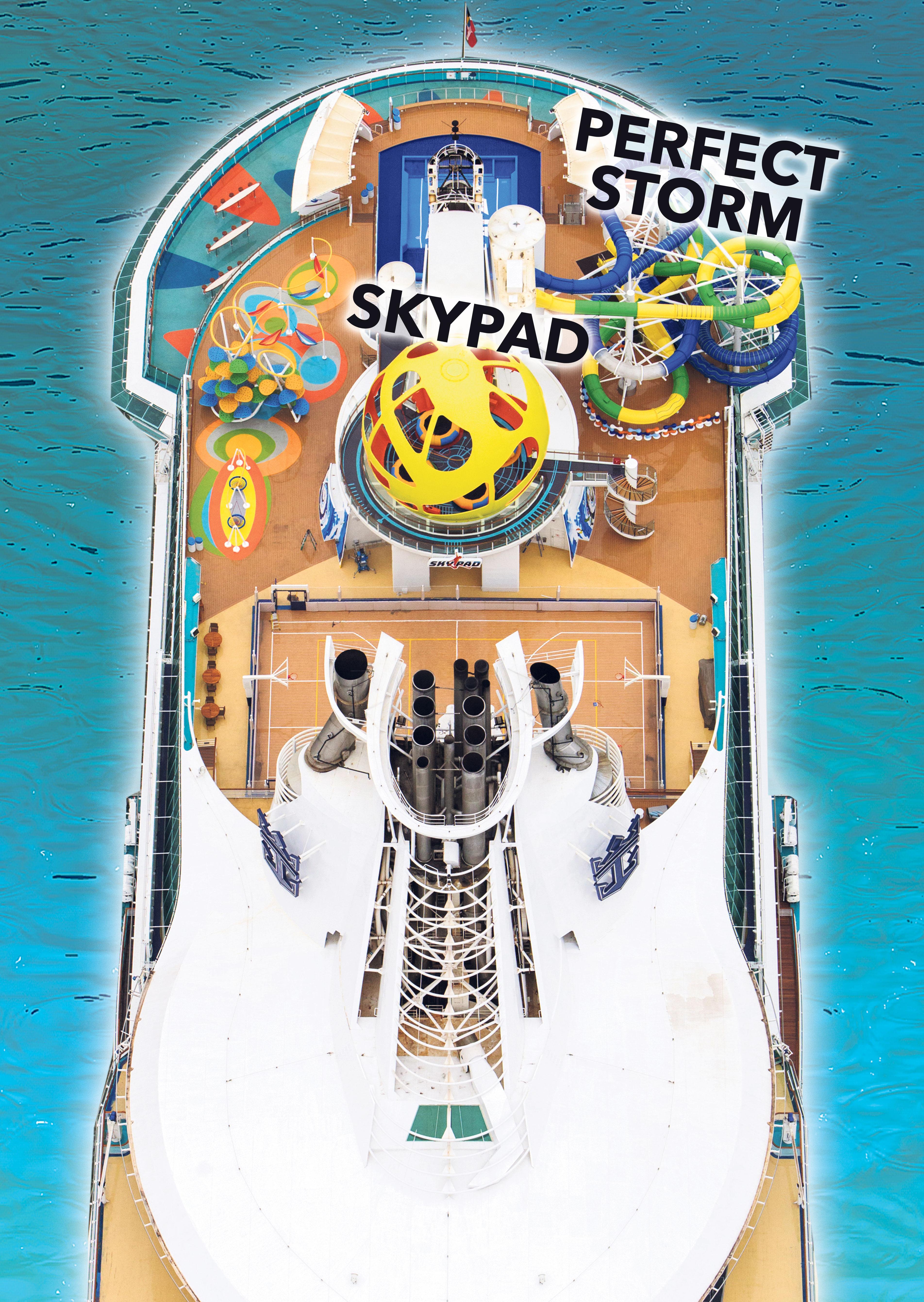 Thankfully, the grub matches the razzmatazz. Delicious fresh sushi followed by steak, chicken, prawns and lobster, cooked in front of you on hibachi grills as you sit at a U-shaped table watching your supper sizzle.

It was one of my best meals on a ship (sorry, P&O’s Sindhu is still No1). But the fun factor made for a very special evening full of laughs.

And adding fun is very much what Royal Caribbean has done with a £75million revamp of a ship that has become a favourite for British guests with its summer season sailings from Southampton for the past ten years.

The Indy was in dry dock for a month and out of action for five weeks for a major refit including new carpets and furniture throughout and a revamped buffet restaurant, plus 107 extra cabins, some with panoramic wall-to-wall and floor-to-ceiling windows. 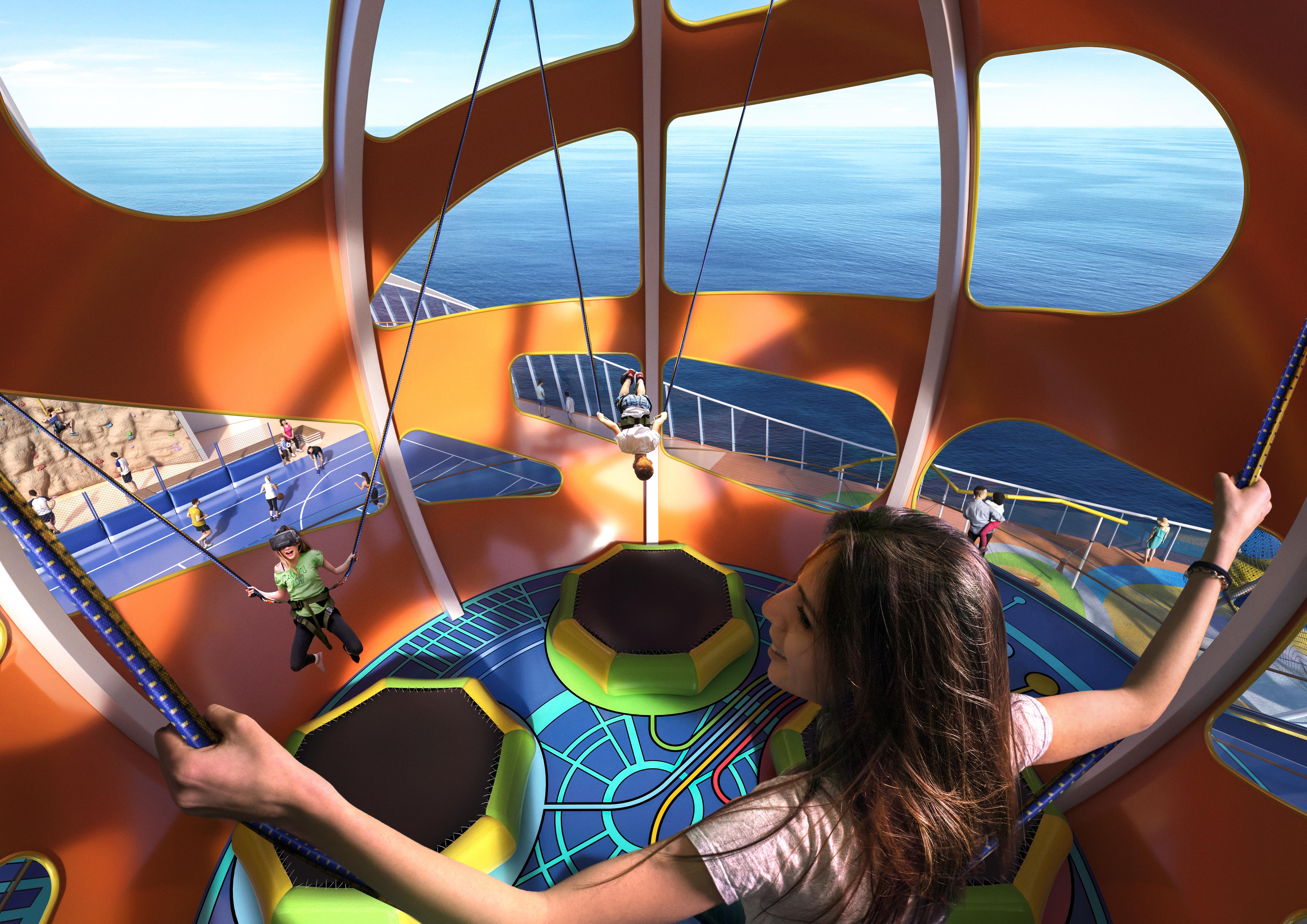 But it is the major leisure activity additions bosses are most proud of. Among them are:

A giant orange ball on the back of the ship that has already been attracting puzzled looks from skippers of passing vessels.

It holds four trampolines that guests of all ages can bounce on strapped to bungee ropes while wearing a virtual-reality headset.

The experience lasts for three minutes and you can choose from three scenarios — pop video, giant sweet shop and alien battle.

Kids will love it. Happily for parents, there is no extra charge — although I imagine it will attract big queues on sea days.

A fiendish hi-tech escape room built in what was the wedding chapel at the very top of the ship. Teams of six or more work together to solve a series of puzzles within a 60-minute slot.

Klaxons sound, lights flash and various props miraculously open every time you solve a section. But beware — it is mega-tough, and expensive at £15pp. 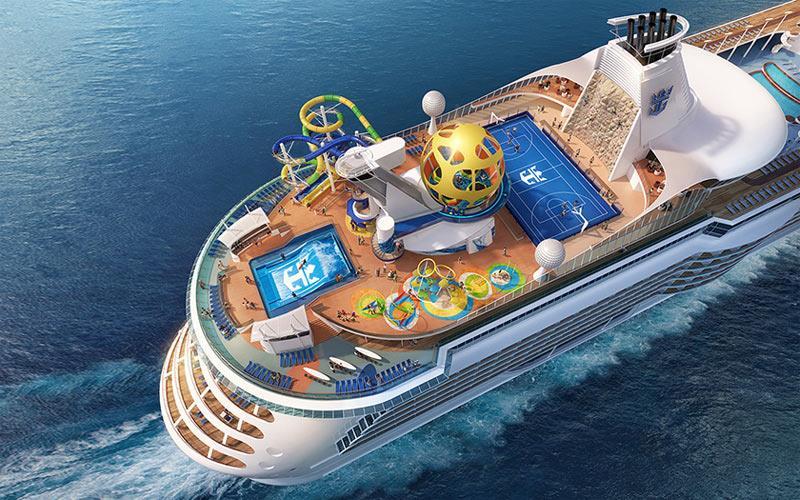 A thrilling duo of two-storey racing slides, which adults will love even more than the kids do. For little ones, the Splashaway Bay mini water-park has been extended and upgraded.

A glow-in-the-dark laser tag adventure that takes over Studio B, the ship’s ice rink, in the daytime. What could be more fun than teaming up against friends and family — and shooting them? It is seriously addictive.

My team lost out in a best of five against other media types. They should be warned. Next time, we will find you and we will kill you . . .

As well as cold beer, it serves wings, nachos, mini burgers and other American staples.

The aforementioned teppanyaki restaurant. Royal Caribbean has versions of this on its other ships, but the Indy’s is the newest and the biggest. 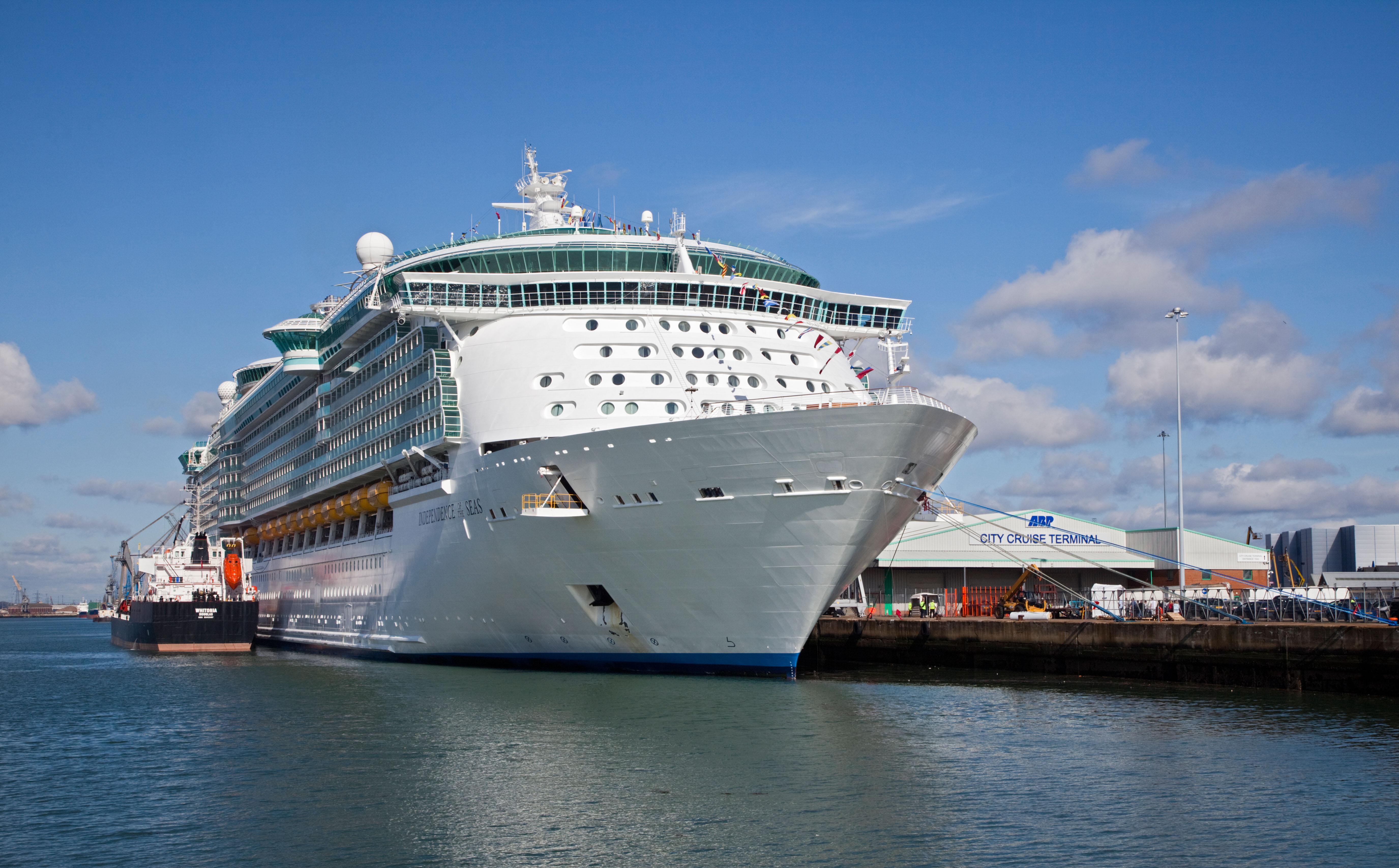 A poolside takeaway that gives more than a nod to the Indy’s UK summer base, selling fish, chips and mushy peas, plus calamari, lobster rolls and even fried chocolate bars for the inner Scot in us all.

It isn’t cheap, though, when food at other venues on the ship is included in the holiday cost. A small portion will set you back £7.

I was last on the Independence Of The Seas when it was launched in the UK in 2008. Then, it was the biggest cruise liner afloat, with its maximum capacity of 4,500 guests.

The latest mega-ships carry 2,000 more than that.

Good news for Indy fans is that it is still the same much-loved ship, just smarter, up to date and more fun.

Just watch out for chefs chucking food at you.

GETTING/STAYING THERE: Independence Of The Seas will sail from Southampton this summer on a variety of 14-night Med and Canaries itineraries, as well as six and eight-night cruises to France and Spain and the Norwegian fjords.

An eight-night Norwegian fjords cruise from Southampton on August 31 this year is from £899pp.