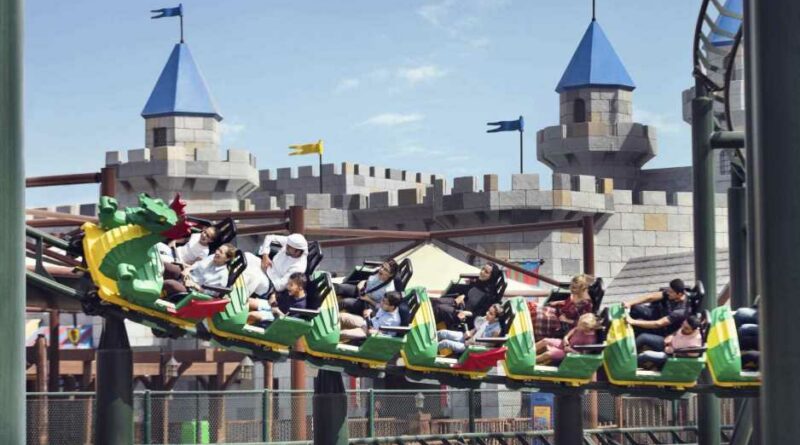 IT’S the end of October but I’m basking in 36C sunshine – and the skyline towering over me is utterly breathtaking.

After squinting up to the peak of Dubai’s Burj Khalifa — the tallest building in the world — I look down at the information in front of me, which tells me it’s built from a whopping 439,000 bricks and stands proudly at 17m high. 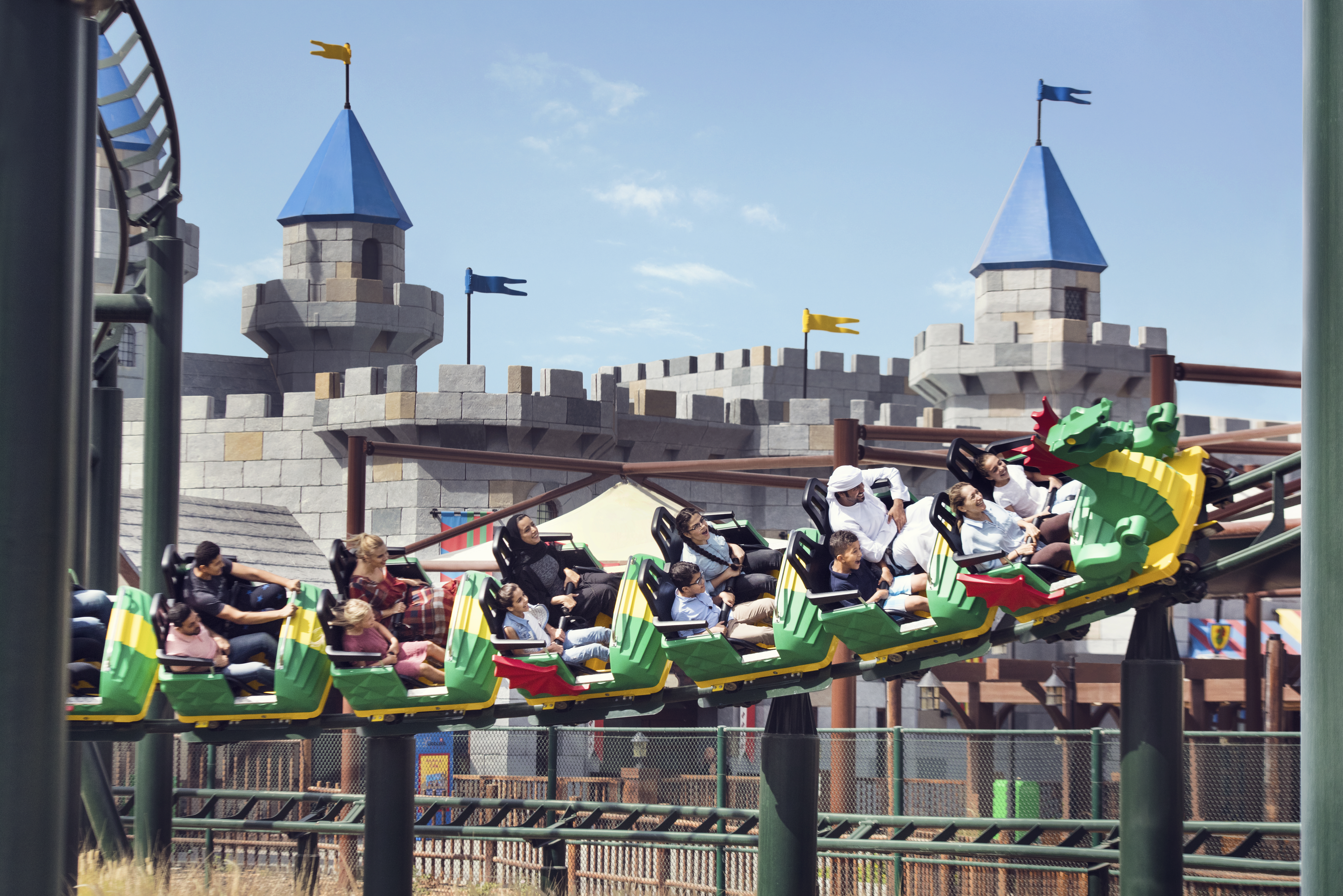 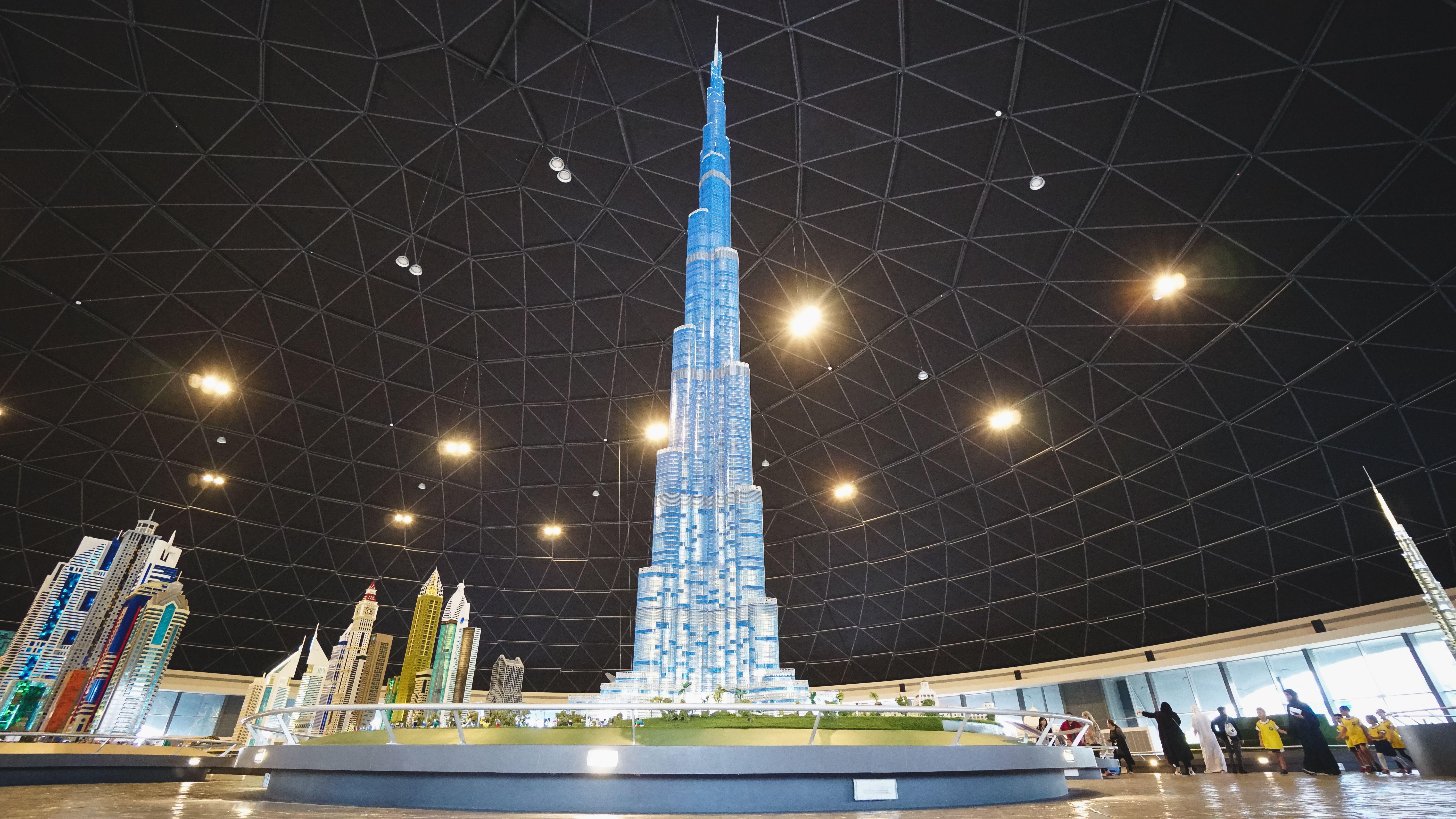 Which is, of course, a far cry from the 828m of the actual Burj Khalifa — but nothing about these Lego buildings is less impressive than the real thing for my nine-year-old daughter Frankie-Beau.

We’re in Miniland, the spectacular dome at the heart of Legoland Dubai, which houses smaller replicas of the world’s biggest buildings, all made from 20million Lego bricks.

From here, you can head out in almost any direction to find more than 40 indoor and outdoor interactive rides and play areas in themed lands: LEGO City, Adventure (where you can use 4D goggles to watch a Lego movie like never before), Imagination and Kingdoms. 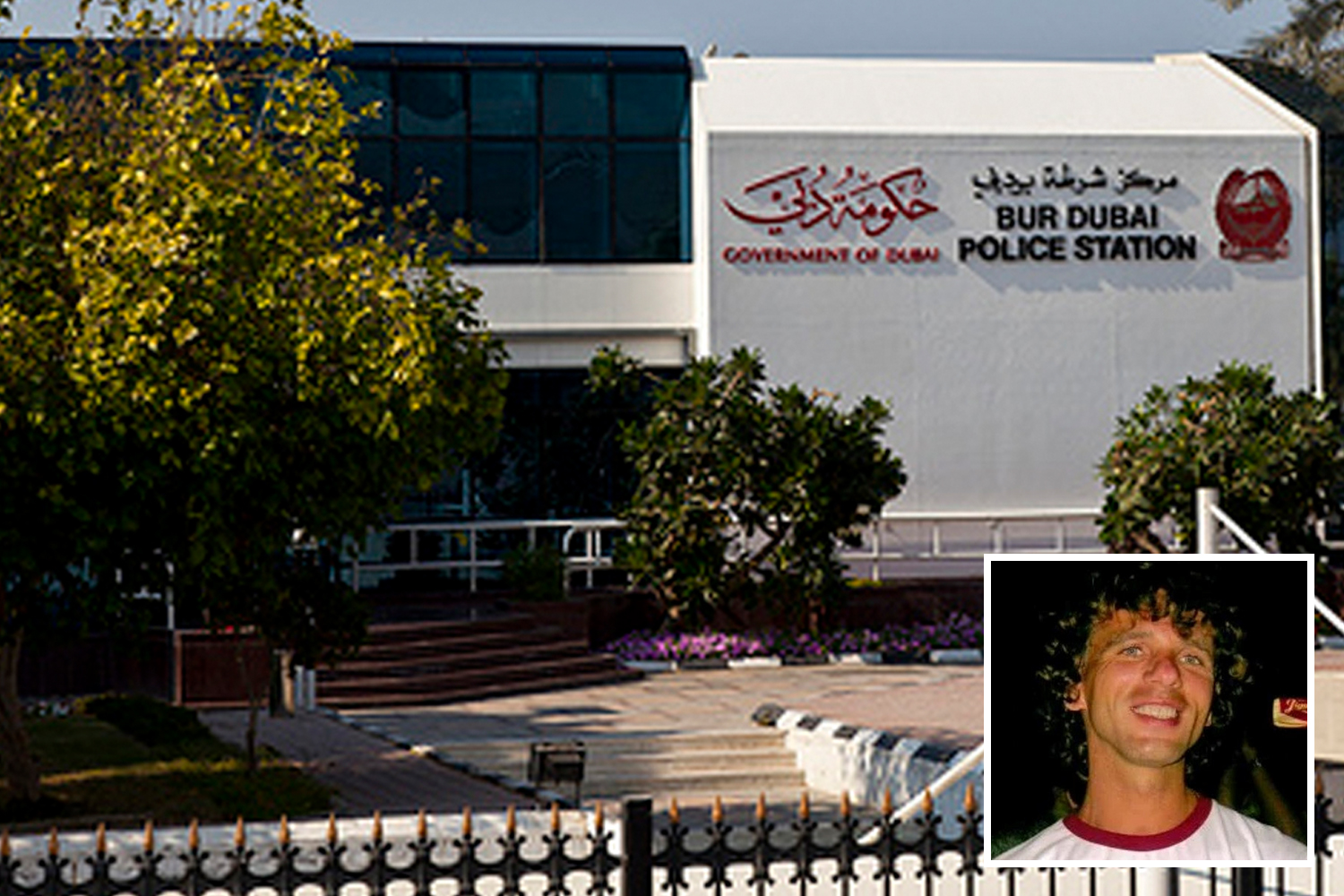 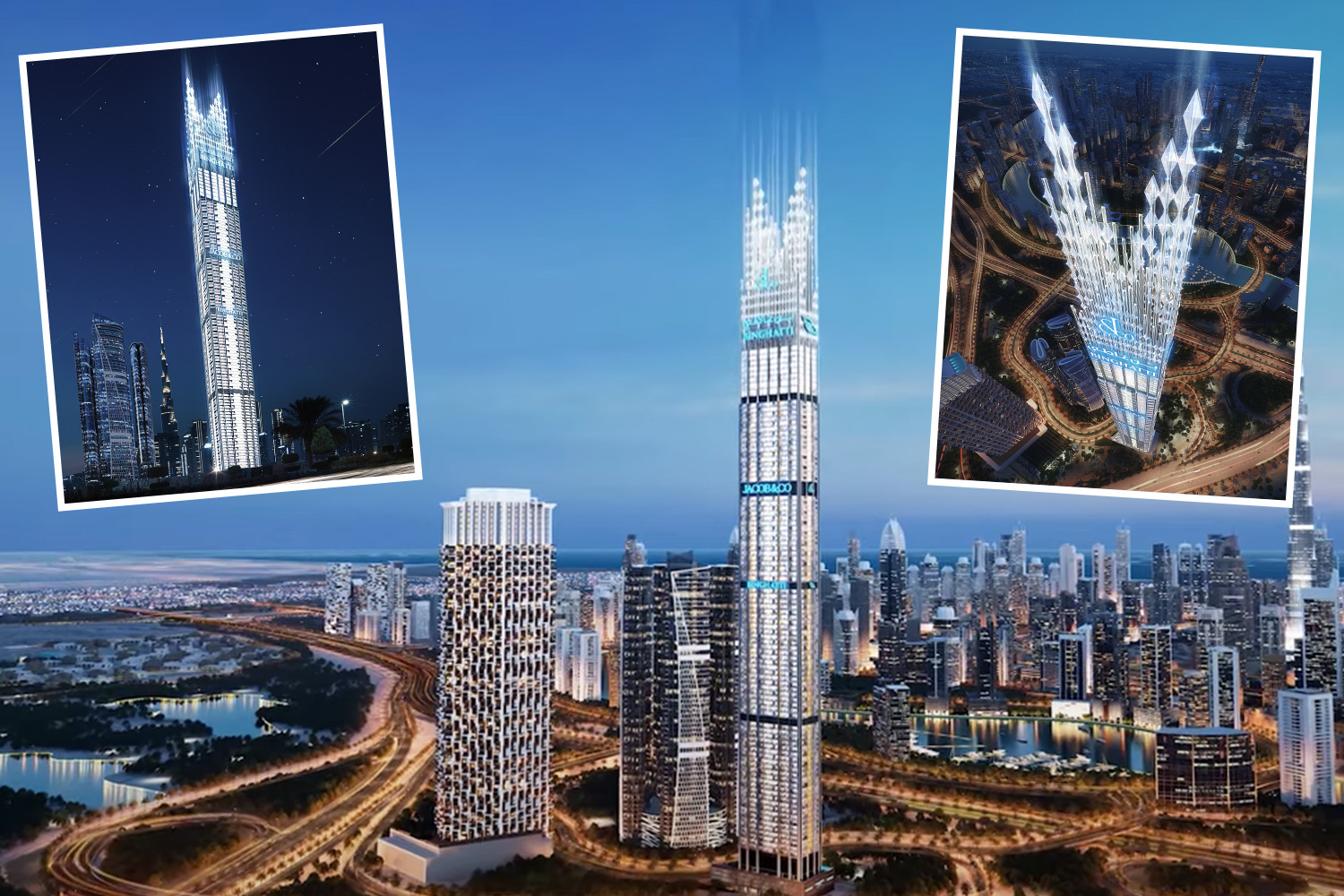 It is fast enough to thrill young ones, but slow enough that Mum and Dad will agree to join them on board instead of pulling out the old “carrying the bags” excuse.

This isn’t a VIP guest experience, but it feels like it, because while at Legoland back home in Windsor you’ll queue for hours, probably in the rain, here the average waiting time is just ten minutes.

No sooner had we jumped off a ride than we were leaping back on.

And there’s no need to panic if you forget the factor 50 as, clearly conscious that this is a park for children, there are sunshades at every turn, covering the queues and rides.

After a day of Lego adventures, on your way out of the park you can visit the biggest Lego shop in the Middle East and watch how bricks are made in the Factory.

Then walk just 130 baby steps back to the hotel, which opened earlier this year and provides the perfect colourful base for budding builders.

As you’d expect, bricks are a recurring theme here, and when it comes to the numbers involved, everything is awesome, as The Lego Movie would say.

There are 2,146 models made with 4.5million bricks throughout the hotel.

We’re greeted at the entrance by a giant version of Legoland’s dragon mascot, Ollie, built from more than 30,000 bricks.

The reception area is quite literally a kids’ playground, with a stunning feature wall made from 4,000 Lego figurines.

As the hotel’s Nermin Abushnaf says: “Normal hotels have a quiet lobby. If it’s quiet in our lobby, something is wrong.”

To our left, a play pit contains more than 1,000 Lego bricks, and behind that is a Creative Workshop room where kids learn to become master builders.

In front of us is a huge soft-play area and pirate ship playground, supervised from 10am till 8pm, which leads into the Skyline lounge bar and arcade area.

To our right, there’s a Lego shop and the Bricks restaurant, serving buffet breakfasts, lunch and dinner.

Like in the UK, each of the 250 rooms and suites has a theme according to which floor you’re on.

On floor one it’s Pirates, two is Adventure (aka Egyptian), three has half Lego Friends and half Ninjago, and our floor, four, is Kingdoms. 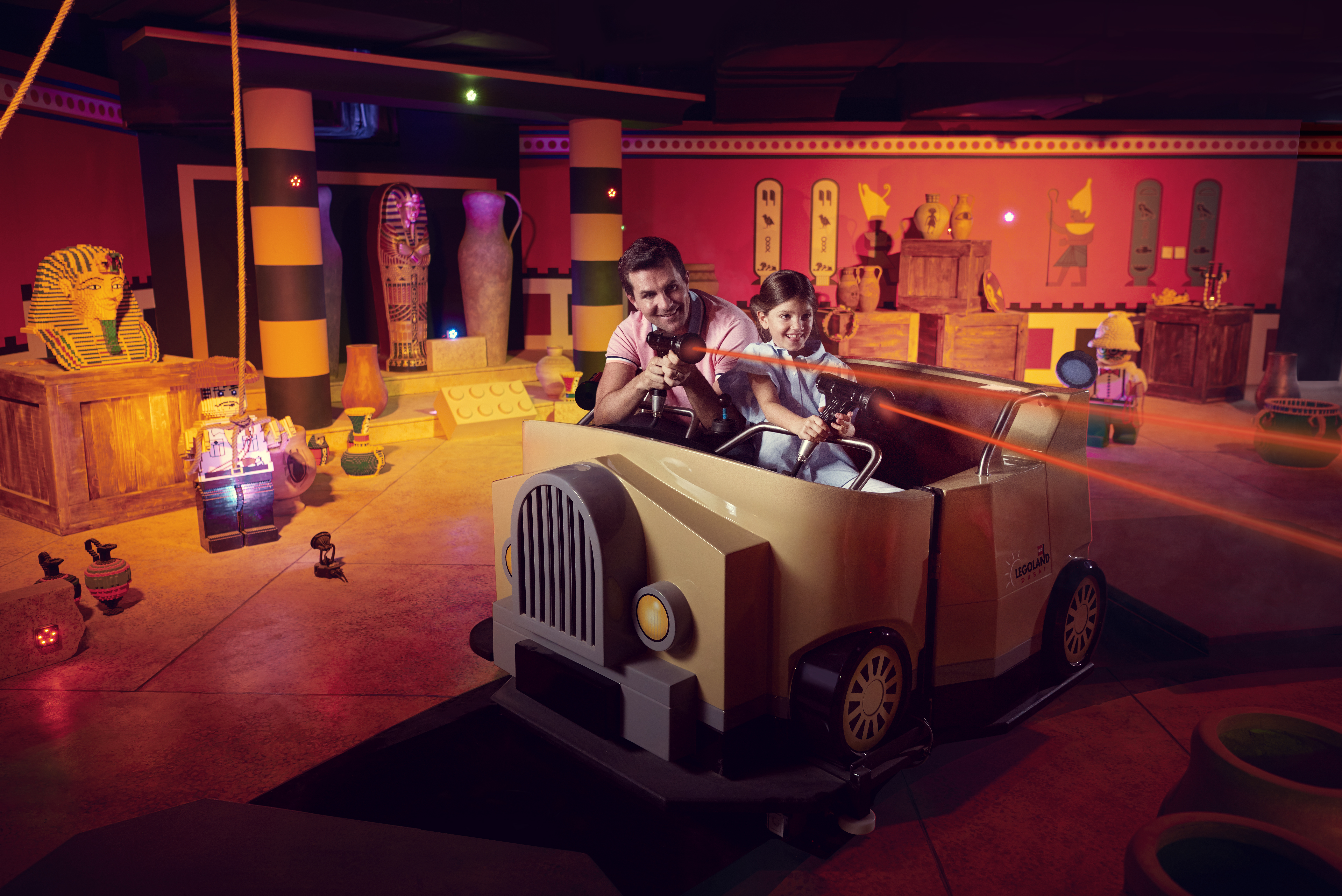 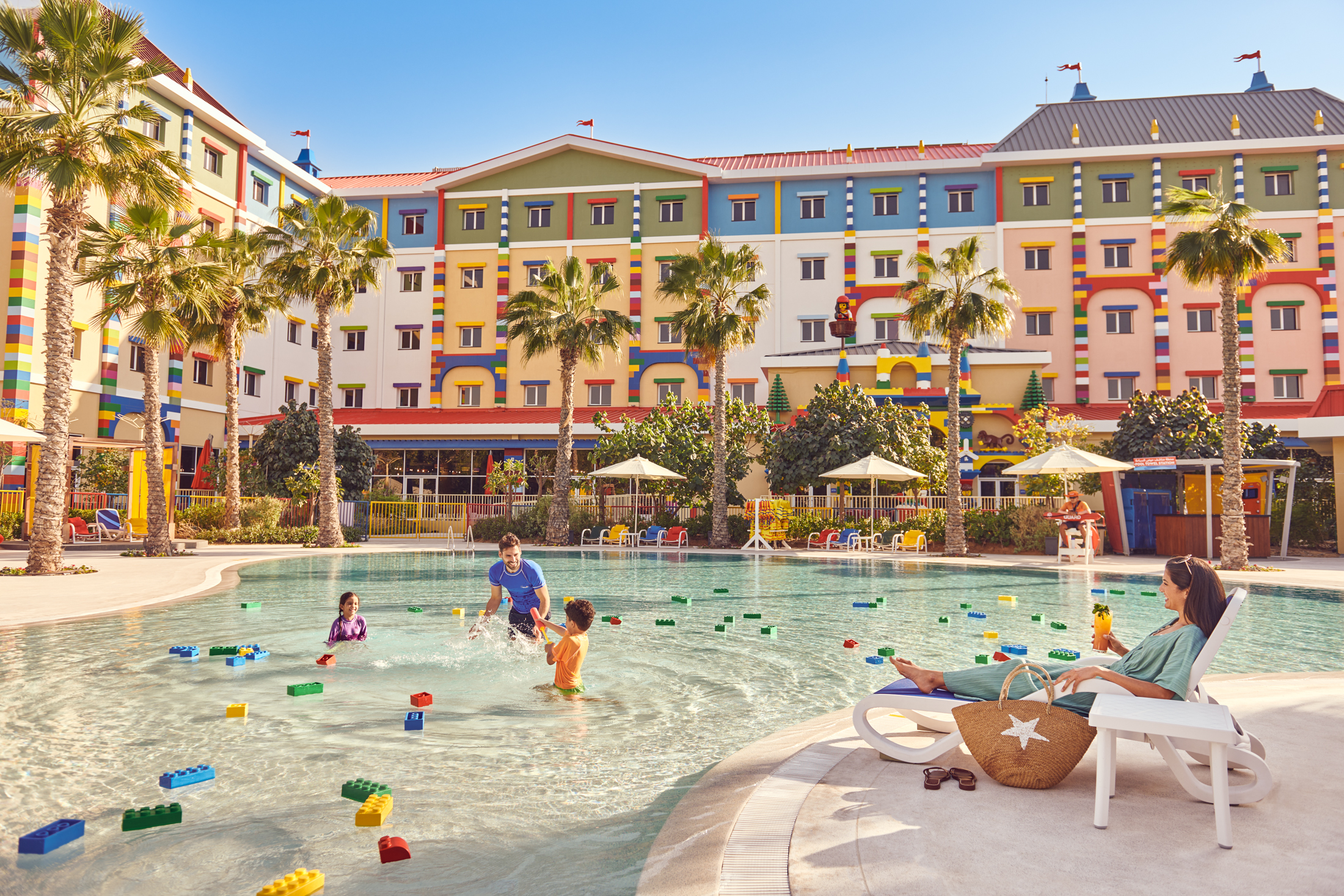 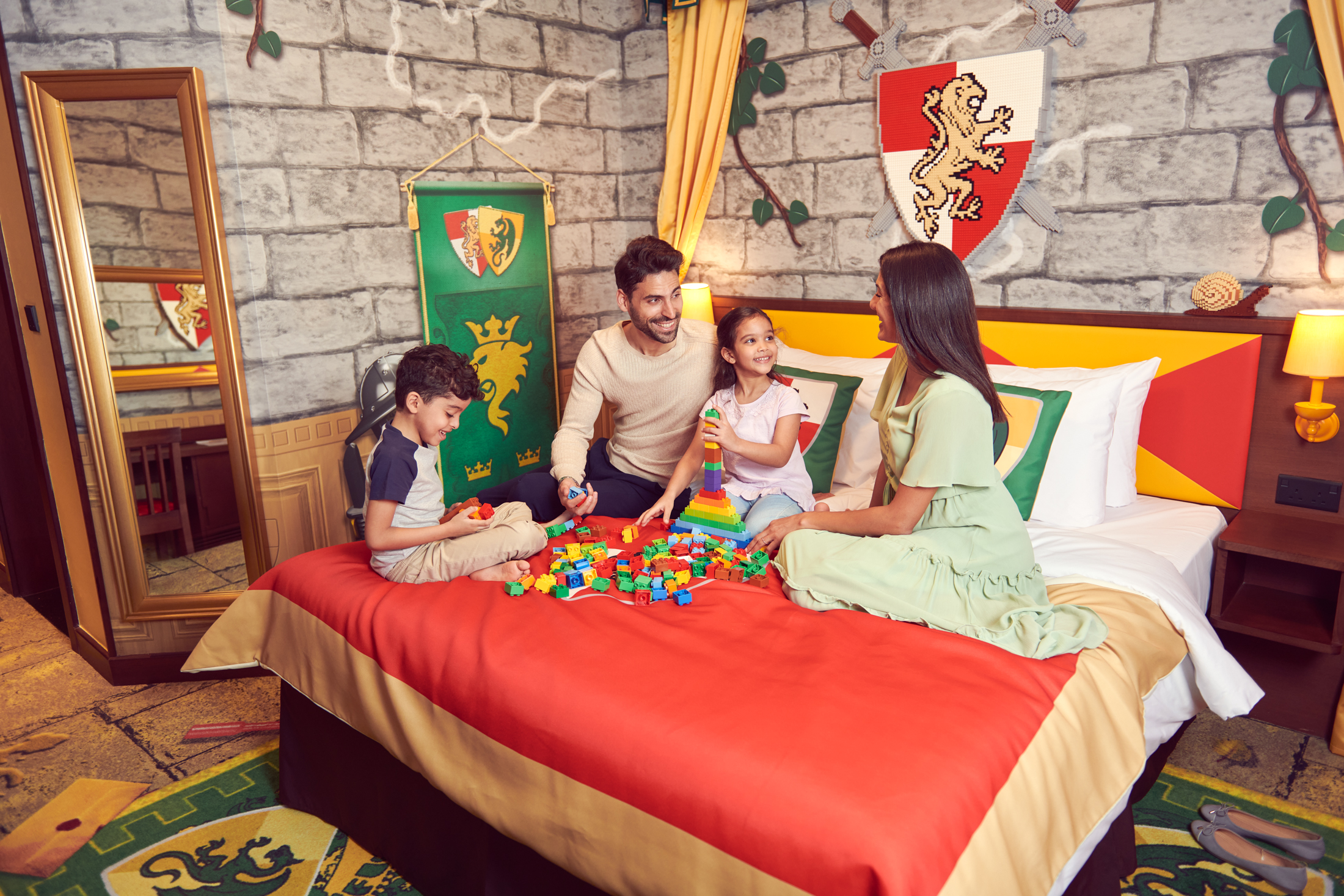 As soon as you enter the room, you’re challenged with a treasure hunt to crack the code on a safe containing free bags of Lego.

The rooms are designed to perfection for families, with a king-sized bed beneath a huge Lego model of a sword and shield, a big TV, fridge and tea-making facilities in the parents’ zone.

The kids’ area has its own TV and lighting, a bunk bed and a fifth pull-out bed.

It will all be comfortingly familiar to visitors of Legoland Windsor but, Dubai being Dubai, it’s on a bigger, grander scale, with lots of entertainment staff on hand for some hula-hooping or a game of big Connect 4.

There are some cheeky extras that add to the fun, if you can discover them.

And wait till you see what happens when you clap in one of the three “disco lifts”.

Children aged two to 12 are the priority here. Everything from the check-in desk to the restaurant buffet counters are at their height.

The dinner plates are unbreakable and the tablecloths are waiting to be coloured in.

Nermin adds: “The kids are our main focus. We want to encourage them to be independent and we want them to be entertained all the time, so at the end of the day, they just go straight up to bed.”

While the hotel has its own big pool, with lifeguards, and splash pad, the real thrills and spills can be found at the onsite enormous waterpark.

With 20 themed water slides and outdoor attractions, it’s the kind of fun-filled day you’d only be able to enjoy a few months of the year here in the UK.

Just a kiddie-manageable seven hours from London, Legoland Dubai is perfect for a short family break, or as a brief stop before heading into the heart of Dubai or further afield.

Frankie-Beau and I have spent just two days and three nights, but — and here’s the sign of an unforgettable break — she’s in tears when it’s time to fly back from “the best holiday ever” and wants to move to Dubai.

Wonder if Legoland has got any bricklaying jobs going.

GETTING / STAYING THERE: Five nights’ B&B at the 4H Legoland Hotel Dubai during February half-term is from £897pp, based on a family of four sharing. Includes return flights with Emirates from Gatwick on February 11, 2023, and free access to the park and waterpark.

BEFORE YOU GO: Keep the kids amused and treat yourself to an airport lounge before your flight. Holiday Extras offers UK airport parking, hotels, lounges and transfers.

Entrance to the Heathrow T3 Club Aspire Lounge is from £34.99 for two adults and two children.