Home » Travel » Japan has the world's tastiest food, ice-cold beer and a cafe with owls on staff

They have a word for that, because Japan is the only country on Earth where the food is so good there is a real risk of scoffing your way to poverty. 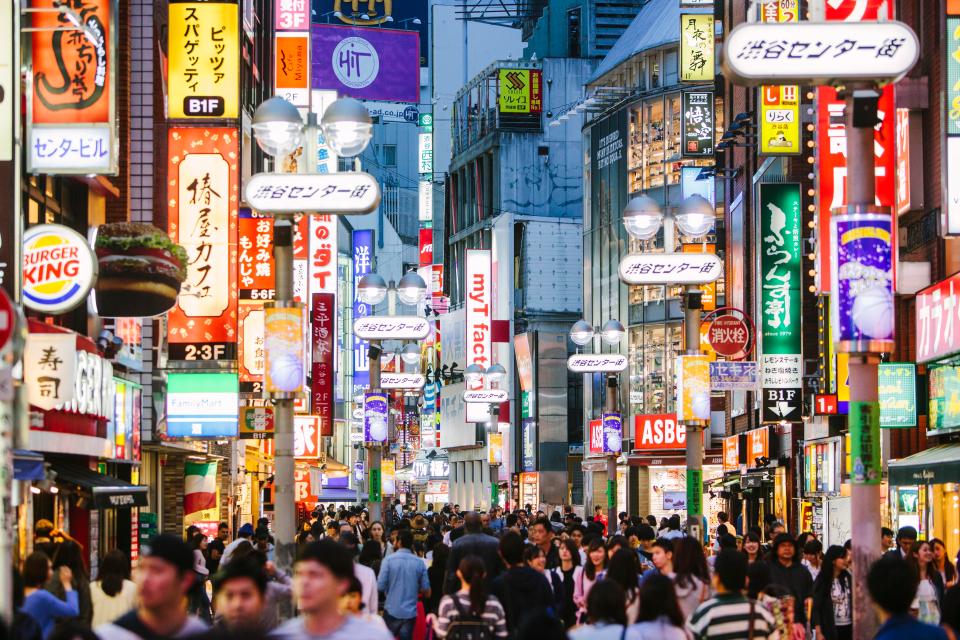 It’s not just the local grub — sushi, ramen, udon, katsu curry — they also cook our dishes better than we do, and everyone else’s too.

Think patisseries so perfect they’re an insult to the French, beer always served in an iced glass, even their McDonald’s burgers look like the pictures.

And the best part? There’s no service charge. Tipping is a terrible insult.

My wife Morgan and I learned these mouth-watering facts on Intrepid’s ten-day Japan Express tour, travelling from Tokyo to Kyoto, via the mountain town of Nikko. 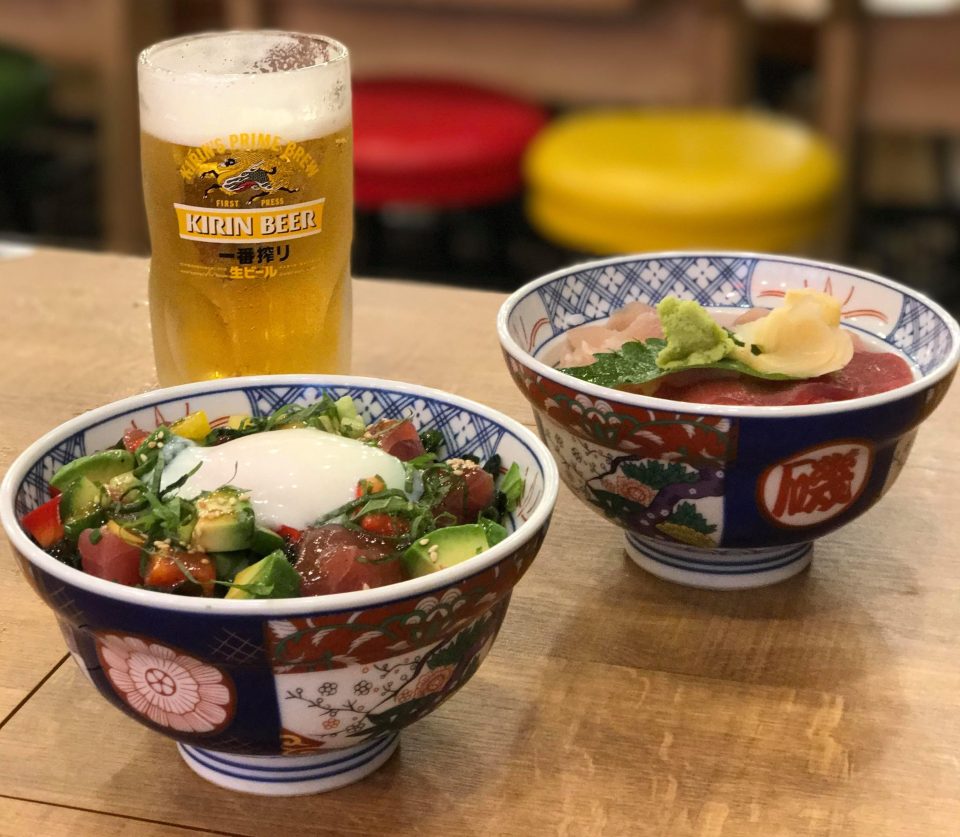 The itinerary gave us the freedom to follow our guide — the knowledgeable and fun- loving Noriko “Nori” Saeki — or strike out on our own when more niche attractions took our fancy, as they did in Tokyo.

The first of these was Owl Cafe in Akihabara, an area known for electronics shops.

The zoo-cum-coffee shop craze kicked off over a decade ago with Tokyo’s first cat cafe.

A laminated binder set out the rules.

No loud noises, no sudden movements and no letting the birds near each other — apparently big owls will eat little owls given half the chance. 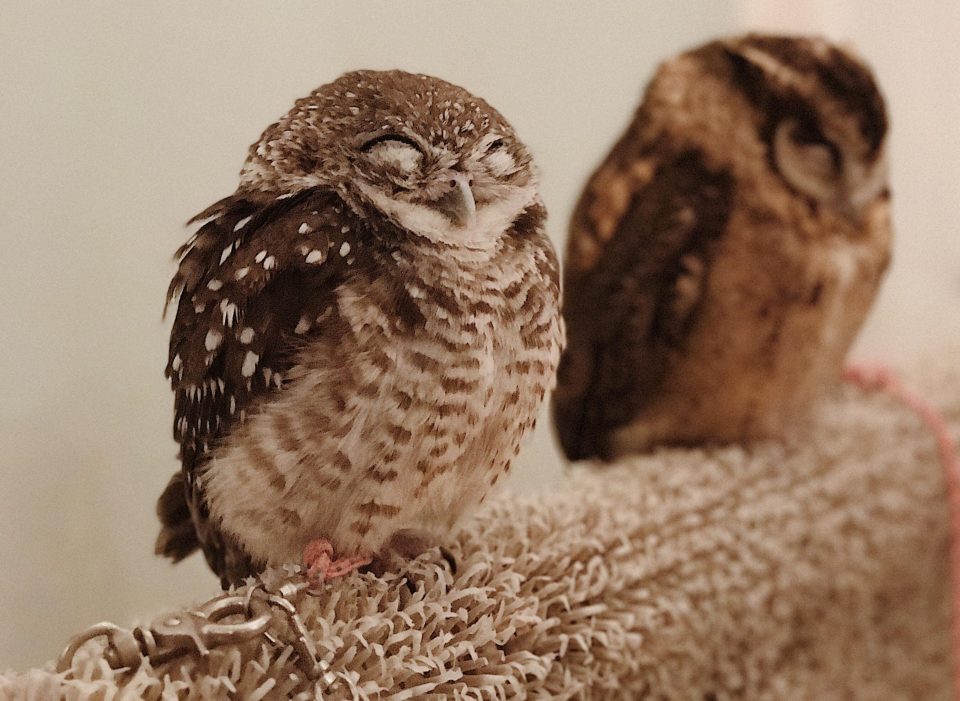 We were allowed to choose three birds to hold, but I gave up after the second took offence at my hairy forearm and began obsessively pecking at it.

Our hour-long session left me with a balding arm, some debate over whether owls should be living in a Tokyo flat and one very nice photo.

At least the owls survived the encounter, the creatures at our next stop weren’t so lucky.

If you want to know you’re eating fresh sushi, there’s really only one way to be sure — catch it yourself. 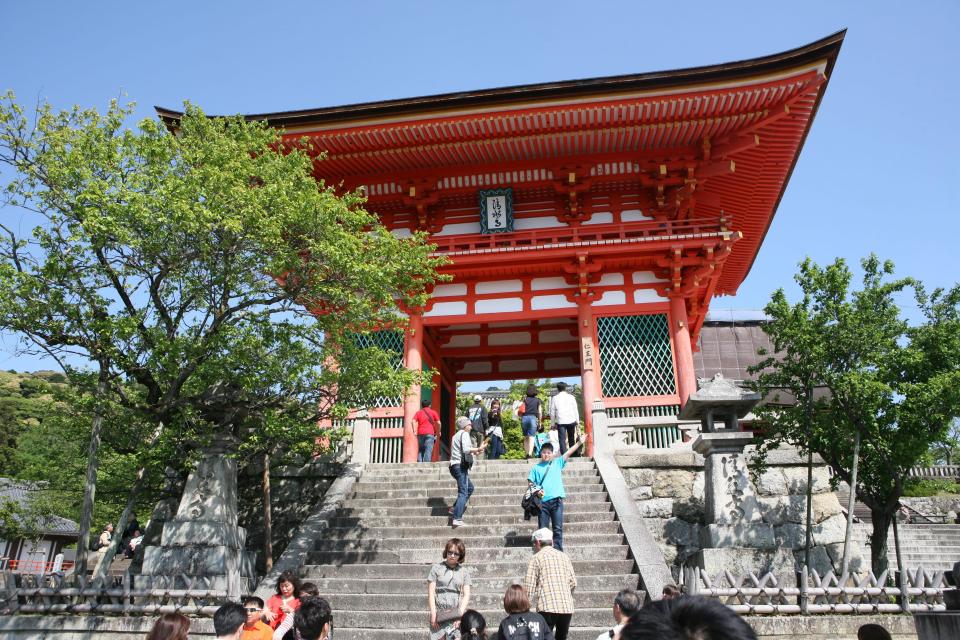 That’s exactly what’s expecting of you at Zauo, a seafood restaurant where guests fish for their supper.

Sat at a table on a faux- wooden fishing boat, diners pick a dish from the menu, decide how they’d like it cooked, grab a rod and go hunting in surrounding tanks.

Veggie Morgan only agreed to the unusual dinner date after my solemn assurance that she wouldn’t have to kill anything.

But five minutes of watching me dangle my limp line was enough, and she stepped in to hook us a juicy sea bream, which was cooked up into the best battered fish I’ve ever had. 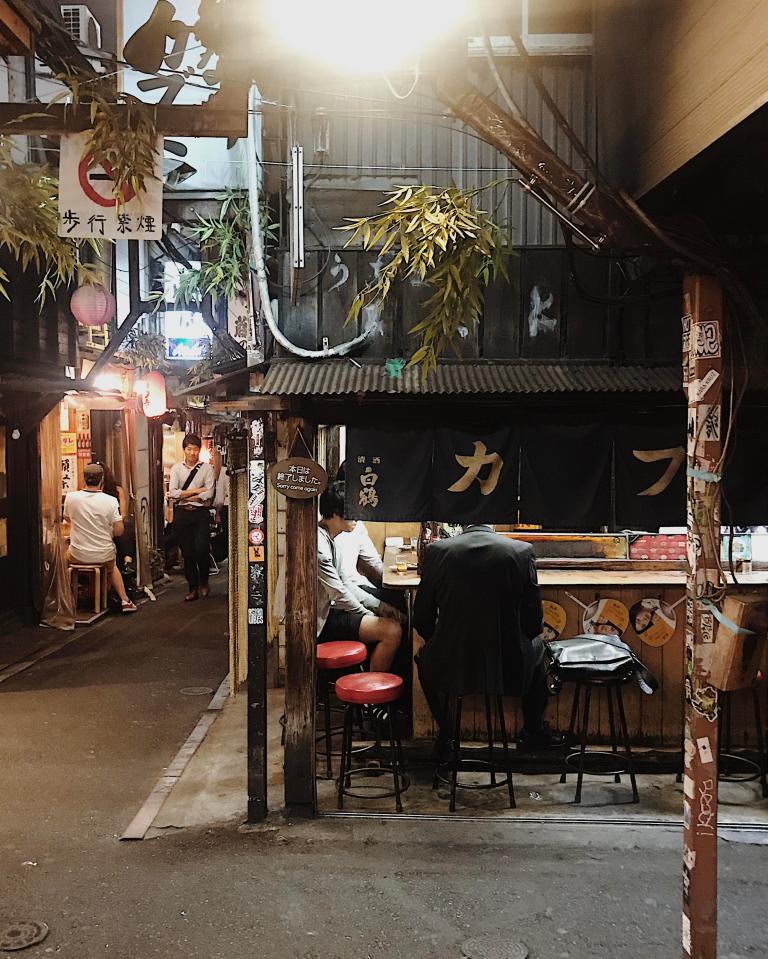 Feeling very well fed, we went for a night cap in Memory Lane near Shinjuku station, or as the locals call it, Piss Alley.

The row of food shacks and bars is far cleaner than the days when it gained its unfortunate name.

But the local hangout still pulls in the traditional crowd of hard-drinking office workers knocking back beers and shochu before catching the last train home to the suburbs.

We got chatting with a group who insisted, with traditional Japanese hospitality, that as our elders, they must pay for all of our drinks.

Google helped fill in the gaps but plenty was lost in translation, like when a compliment to the effect that I was in fact a fantastic fisherman for having caught such a lovely woman, came out as, “You have the best fishwife.” 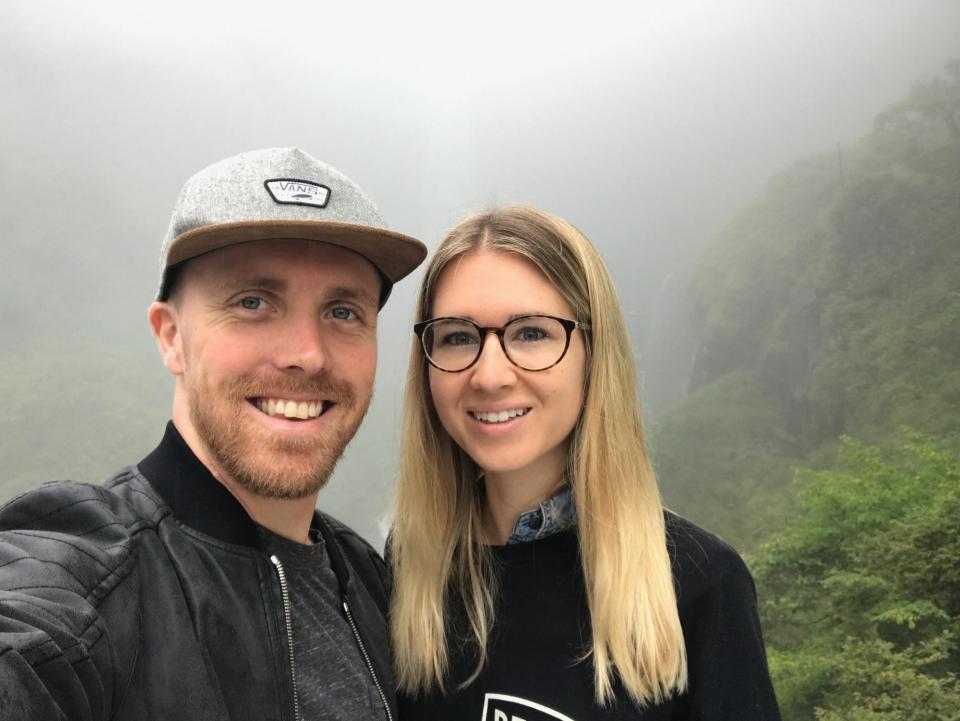 Next day, with sore heads, my “best fishwife” and I joined our ten-person tour group on the two-hour train to Nikko, an historical mountain town of temples, shrines and one breathtaking waterfall.

We ate fresh cold soba noodles, took a bus up the mountain to view the 318ft wonder of Kegon Falls and wandered the ancient temples.

Japan’s Shinto form of Buddhism is a very interactive religion, with a visit to a temple feeling a lot like a trip to Disneyland.

There are spiritual tree stumps to crawl through, lucky wells to aim coins at, magical streams to drink from, purifying smoke to waft and fortunes to be read. 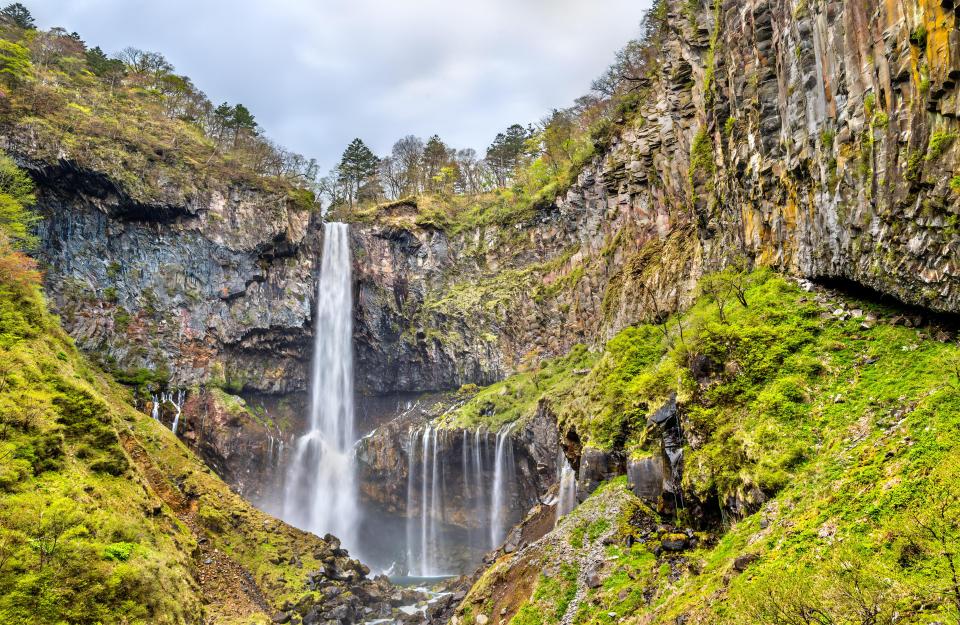 We stayed at the Turtle Inn, a traditional ryokan or guesthouse which, like the ageing but clean Sakura Ryokan we’d stayed at in Tokyo, included an onsen.

These are baths fed by geothermal waters. Bathers sit on a small wooden stool and scrub themselves clean, before entering the warm, clear pools.

Next morning we took a day trip to the Watanabe Sahei sake brewery. A family-run business, owner Yasuhiro Watanabi is an hilarious and fascinating guide, not that I can remember much of it, as he was all too generous with his wares. 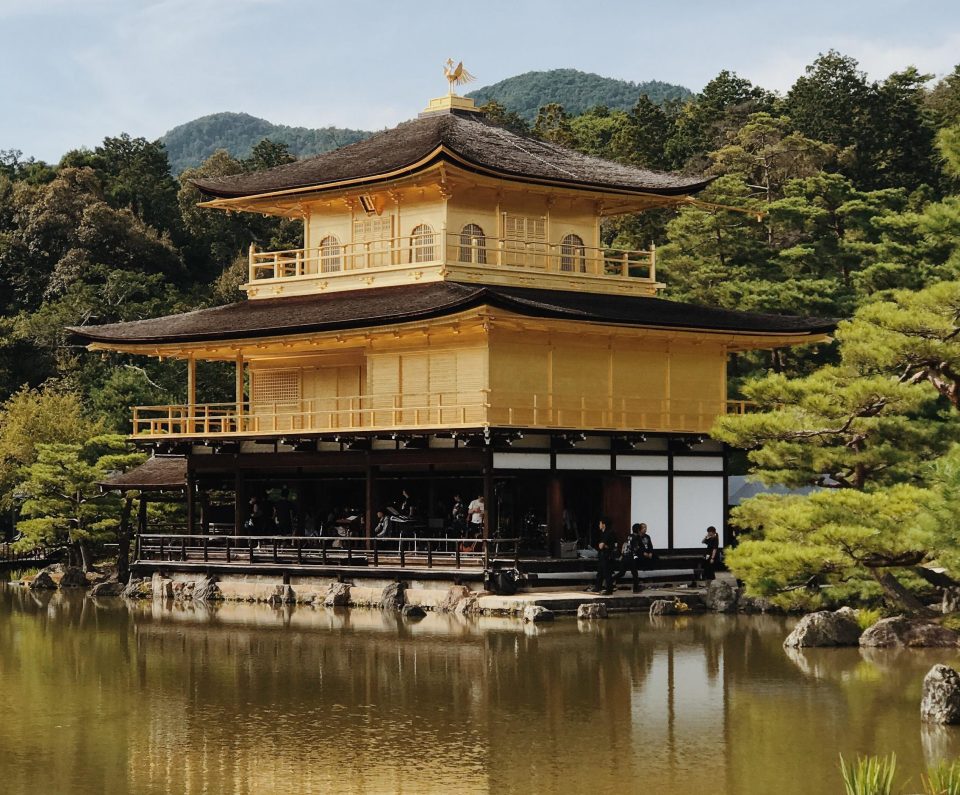 And after we exited through the gift shop, our entire families are getting identical, very pricey sake accessories this Christmas.

The final stop, Kyoto was a short train ride away.

If Tokyo is Japan’s robotic beating heart, Kyoto is its ancient soul.

At The Palace Side hotel we stayed in our first very nice Western room but missed the futons and tatami floor of the ryokans. 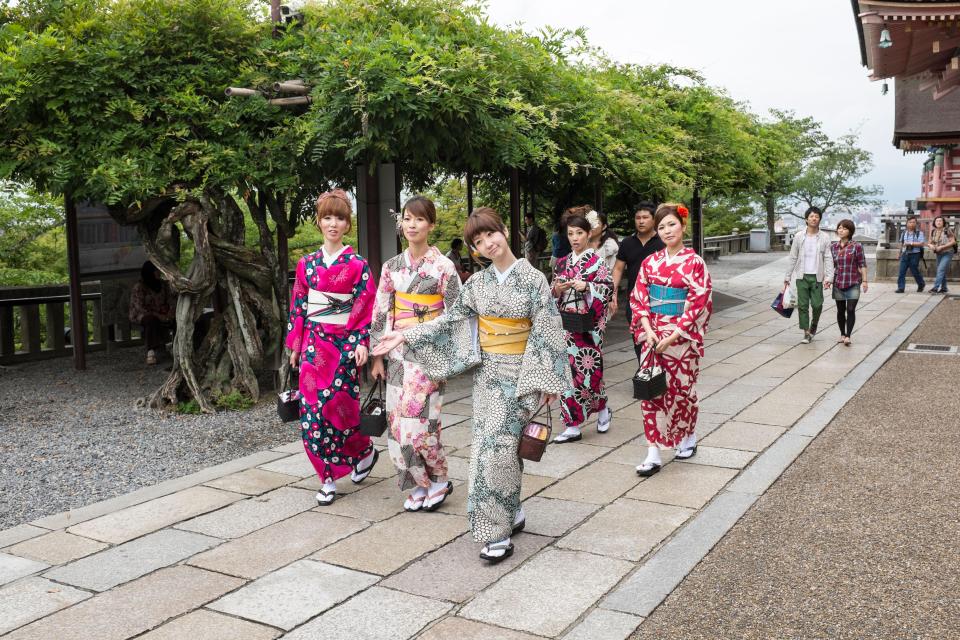 From the Golden Temple, to the geisha girls and bamboo forest, this historic city gives a glimpse of the nation that once closed itself off from the world for 220 years.

No owls or other gimmicks here, just one of the oldest cafe’s in Japan, where we tucked into Mochi cakes, green tea, and “kakigori” or shaved ice in the shaded courtyard.

Every bite was of course, “oishi” or delicious, a word visitors must use endlessly in Japan.

After all, if you’re very polite they might even give you a discount. Anything to avoid eating yourself bankrupt.

GETTING/STAYING THERE: The nine-day Japan Express tour with Intrepid Travel is from £1,076pp, including selected meals, activities, transport and accommodation.