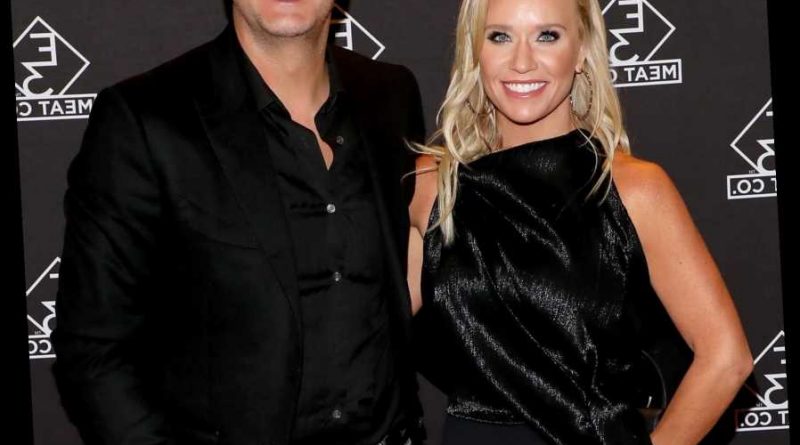 Luke Bryan knows what it takes to make a marriage work.

In an exclusive interview with PEOPLE, the country star, 44, opened up about his 14-year-long marriage to wife Caroline, the secrets on how they make it work, and why quarantine has made their relationship stronger than ever.

"Obviously quarantine has certainly put its share of new things to navigate," says Bryan. "Caroline and I are used to spending quite a bit of time apart, and now I'm just here every day. But the main thing with us is properly inserting alcohol in parts of the relationship — it does a really, really good job for us. I'm playing!"

On a more serious note, "It's all about communication and giving each other time to go do the things that we're passionate about," he adds. "But the communication is so critical. When you get your wires crossed … I know it sounds cliché, but never go to bed mad. You really have to abide by that stuff." Want to get the biggest stories from PEOPLE every weekday? Subscribe to our new podcast, PEOPLE Every Day, to get the essential celebrity, entertainment and human interest news stories Monday through Friday. Get a taste of the podcast below.

For Bryan, the concept of letting the little things go has been one of life's greatest lessons.

"Sitting and letting something small turn into a big event is not how you make it," the American Idol judge says. "[Once you] have a family, you're doing this with your family – it's a lot. But you've walked down the aisle and you've said in front of God, 'This is who I'm going to be with forever.' You have to work so hard at it."

"It never gets easier, but when you can share a wonderful life together, it makes it all worth it," he admits. "We have a great time too — whether we're Mom or Dad, or we're able to go somewhere by ourselves — we're really, really still so blessed that we've been able to navigate all this and my career, and then have a great marriage through it all."

In December, the couple — who tied the knot in 2006 — celebrated 14 years of marriage. Both Bryan and Caroline each shared their own Instagram post in honor of their special day.

For his tribute, Bryan posted a throwback photo from their wedding day in 2006.

"Happy 14th anniversary my love," he captioned the post. "What a ride it has been. I love you so much. We be looking young in this one. I love you @linabryan3."

For her own post, Caroline, 40, shared a carousel of six sweet and hilarious photos with her love, including one in which she jokingly strangles him as he makes a kissy face. In another, the couple smiles big for the camera with a piece of food stuck in their teeth.

"Marriage….being with the one person you get to annoy for the rest of your life," Caroline captioned her post. "Luke, you are one brave man! Happy 14th anniversary love bug! @lukebryan."

Since tying the knot in 2006, Bryan and Caroline have welcomed two sons together: Thomas "Bo" Boyer, 12, and Tatum "Tate" Christopher, 10. They also took in Bryan's nephew Til, 19, and nieces Jordan, 25, and Kris, 22, after the deaths of their mother, Bryan's sister Kelly, in 2007 and their father, Ben Cheshire, seven years later.

"We never thought twice about it," Caroline told ABC News' Robin Roberts in 2017 of her and Bryan's decision. "You know, it was never something that he and I had to sit down and talk about. 'Should we take this on?' We just did that."

The new season of American Idol premieres Sunday night at 8 p.m. on ABC.