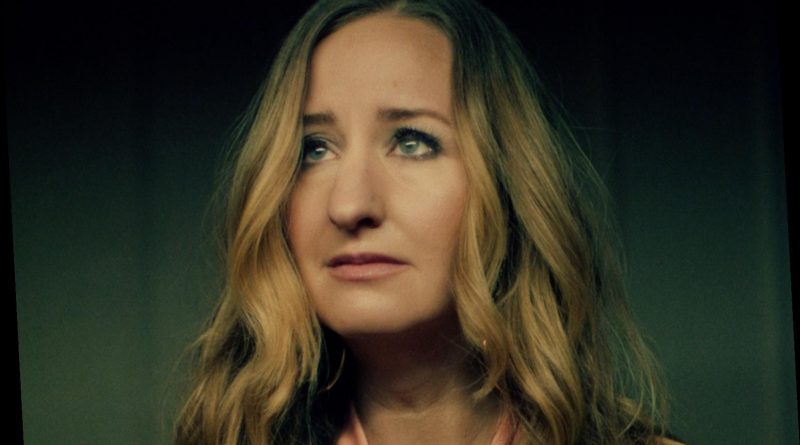 In 2012, country singer Margo Price wrote the soul-searching anthem "Hey Child" shortly after the death of her baby boy, Ezra. After being encouraged to re-record the song, she releases the gripping new music video Monday.

The song touches on her past struggles with substance abuse and mental health when she was dealing with the loss of her son. Price shares that she and her husband, Jeremy Ivey, 42, delved into drinking and partying to cope with their loss.

"We had begun hanging with a rowdy group of degenerate musician friends and partying harder than The Rolling Stones," Price, 37, tells PEOPLE. "The song was about how many of our talented friends were drinking and partying their talents away, but after a few years had passed, we realized it was just as much about us as our friends." RELATED: Margo Price on Her First Grammy Nomination: 'It Felt Like I Was Walking Around in a Dream All Day'

Back in 2018, Price told PEOPLE that after an unfortunate night of drinking, she ended up in Davidson County jail for three days. "When you lose a child you cope differently," she said, praising Ivey with providing stability during that difficult time. "I think it's amazing that our marriage lasted after that because the statistics are not in our favor. But he's been there right beside me."

With this new music video, Price recounts this exact night. The visuals show a "gritty depiction" of her facing her inner demons, crashing her car, going to jail and then beating the darkness that she had found herself in. "I know so many people who struggle with substance abuse," says Price. "I just lost a family member to alcohol. My second cousin Tammy locked herself into a hotel room and drank herself to death two months ago. In another life, that could have been me."

Price says that originally she did not want to revisit the song "Hey Child" after having written it all the way back in 2012, but the encouragement from the producer for her album That's How Rumors Get Started, and her band, helped her to do it.

"Funny enough, I initially didn't want to re-record 'Hey Child,'" says Price. "But Sturgill was producing the record and he convinced me to. When I brought it in to play for the band they were all blown away by the song — that made me fall back in love with it."

With bringing the song back to life today, Price finds a whole new meaning to it as she reveals that she recently decided to stop drinking. "I just found it's not serving me in any way. At first, it was just going to be a break, like when folks do 'dry January' — I've done that so many times," says Price. "But after reading Holly Whitaker's book Quit Like a Woman I'm seeing alcohol in a completely different light and may never drink again. Maybe that's why I feel connected to this song again and wanted to make a video, to paint a picture of where I've been in my past lives. Sometimes you have to accept and forgive yourself for the mistakes and the failures you've made in your life in order to shed the layers and move on. That's what this video by Kimberly Stuckwisch is about."

On this road of recovery, there is more to smile about as she and Ivey were blessed with a beautiful baby girl, Ramona Lynn, in 2019. She joined Ezra's twin brother, Judah, now 10. With a soaring, slow-burn of an arrangement backed by the Nashville Friends Gospel Choir, The New York Times' T Magazine praises it as a standout track that "begs to be played on the open road" and Esquire hails it "a chest-thumping rallying cry for 'people to get their s— together, in one way or another.'"

For the music video and song, Price wants fans and listeners to take what they need out of this vulnerable anthem.

"I hope fans and listeners take away whatever they want from this," says Price. "Everyone's connection to art should be unique depending on their experiences. I don't have a manual on how to listen to it but I sincerely just hope everyone finds their own meaning in it."