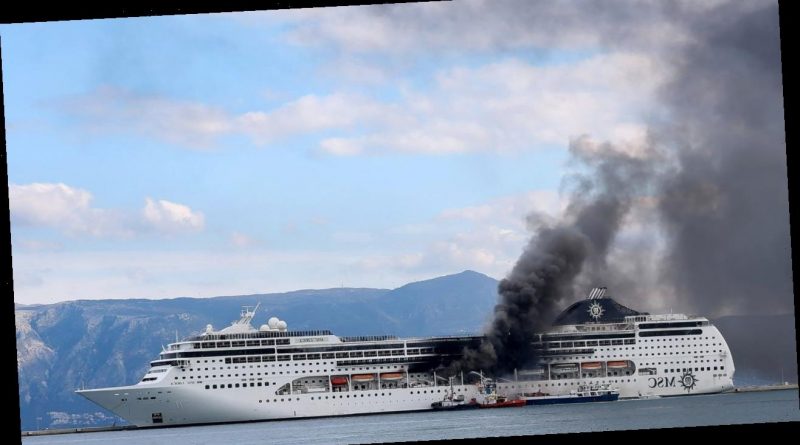 A large fire broke out on an MSC cruise ship docked in Greece on Friday.

The fire started on a fiberglass lifeboat on the MSC Lirica before 3:42 p.m. local time and sent large plumes of smoke billowing into the sky, according to MSC Cruises.

The ship is docked at the port of Corfu for the winter with 51 crew aboard, but no passengers. There were no injuries, according to the cruise line. 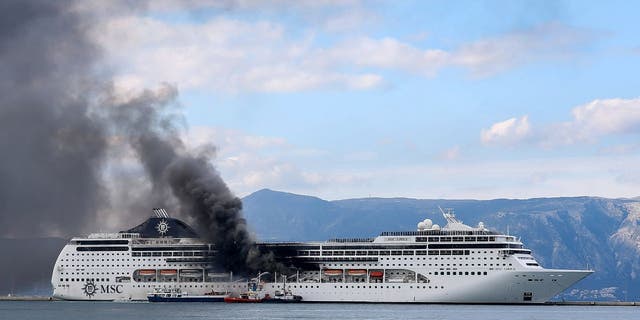 Firefighters on vessels try to extinguish a fire on a cruise ship at the port of Corfu, northwestern Greece, on Friday. (Stamatis Katopodis/InTime News via AP)

CRYSTAL CRUISES TO RESUME SAILING IN BAHAMAS IN JULY

The cause wasn’t immediately known. A cruise line spokesperson said an investigation is underway.

Photos from the scene showed a portion of the ship’s middle blackened by the fire, while firefighters sprayed the flames from several smaller boats alongside the cruise ship. 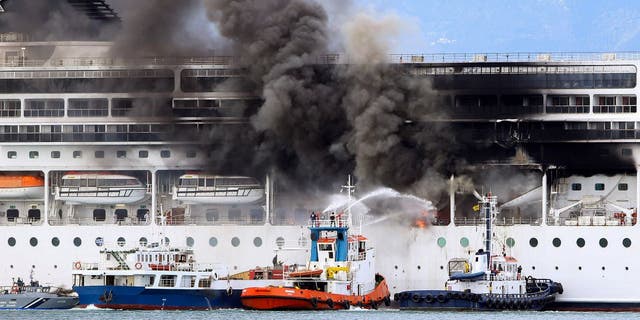 A fire broke out on the cruise ship docked in the port of Corfu as the 51 crew members on board were in good health, the coast guard said. (Stamatis Katopodis/InTime News via AP)

It took firefighters about three hours to get the fire under control. Efforts to extinquish the blaze were declared completed at 6:58 p.m. local time, according to the cruise line.

A preliminary assessment showed damage to the side of the ship but not inside, the MSC spokesperson said.

The 902-foot-long, 65,591-ton ship has 992 staterooms with a capacity of 2,548 passengers plus 752 crew members, according to MSC Cruises. Amenities onboard the ship include a spa, theater, casino and disco.

The Lirica had been scheduled to resume sailing the Mediterranean in May.