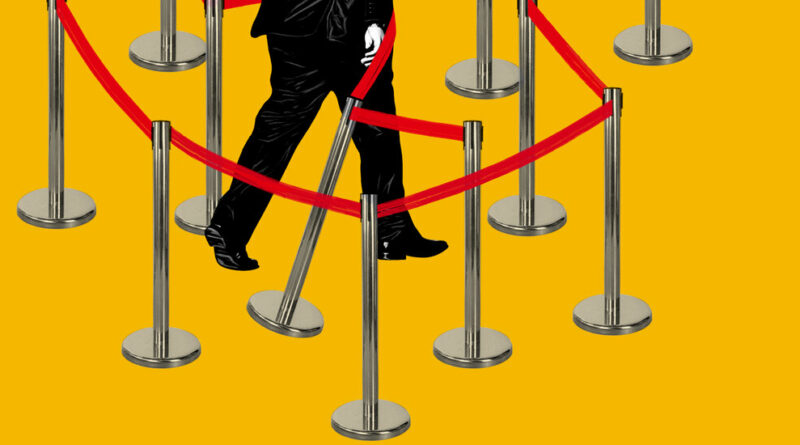 As Americans finally start taking their long-awaited vacations, a surprising number of them are realizing that before they can go abroad, they must first take a different kind of trip: to a U.S. Passport Acceptance Agency.

During the most extensive travel shutdown in modern history, hundreds of thousands of Americans let their passports expire. Others are only now seeing that their documents are set to expire soon. But despite the State Department making headway on a massive backlog of passport applications that piled up in the early months of the pandemic, appointments at passport agencies across the country remain elusive, and processing time for renewals by mail is lagging by 10 weeks or more. The crunch is forcing many Americans who need travel documents urgently to travel significant distances — sometimes even across the country — for an in-person appointment that will get their documents processed on time.

Ben Williams, an office manager at an Atlanta law firm, is one of them. In April, as Mr. Williams was looking forward to a trip to the Dominican Republic with his girlfriend in early June, he realized that his passport was about to expire. He mailed it in for renewal and paid for expedited processing, which before the pandemic would have taken up to three weeks. After five weeks, with his passport still processing and his trip departure looming, he began hunting online for an appointment at one of the State Department’s 26 official passport centers and passport agencies, where he could renew in person and get the document in one day. It was much harder than he imagined.

“I was told they released new appointments at midnight, so every night at 11:55 p.m., I would be on standby, refreshing my browser,” Mr. Williams said. He also called the office of his congressman, the Republican Representative Buddy Carter, every day on his lunch break, asking if the official could help. He was told there were 50 passport inquiries ahead of his.

As a last resort, Mr. Williams joined a Facebook group for Americans struggling with visa and passport issues, where a group member offered him an appointment in Chicago that she no longer needed. On June 4, three days before his scheduled trip, he took a day off from work, spent $400 on airfare from Atlanta and another $120 on Uber rides. He made it to the Chicago passport agency on time, and got his passport that same day.

“I tried to stay even-keeled about it because the Covid-19 crisis has really given me an opportunity to realize there are a lot of people worse off than me,” Mr. Williams said. “But I did have moments of frustration. I felt like I was going through the motions correctly, and contacting the appropriate people. And I was like: ‘How are other people getting appointments?’”

State Department officials would not offer specifics on the number of Americans currently struggling to get passports renewed or new documents processed, but they said in a statement that after significantly reducing passport operations in March 2020 to protect its staff from contracting Covid-19, appointments at their limited number of passport agencies — the only option for last-minute documents — are generally restricted to life-or-death emergencies. Americans seeking passports for nonessential travel are being offered “very limited appointments,” and are required to show documents indicating their travel is within 72 hours.

“What is going on now is something like I’ve never seen in my life,” said David Alwadish, the founder of ItsEasy Passport & Visa, an expediting service. Mr. Alwadish said that while an estimated 100,000 Americans abroad were facing passport problems earlier this year because of consular closures across the globe, the number of Americans at home who are unable to travel because they can’t get documents is likely much higher.

(The State Department in May shifted its policy on Americans abroad, allowing them to return to the United States on expired documents because of that backlog.)

“It’s heartbreaking in cases when somebody is dying or very ill,” Mr. Alwadish said.

Americans who require passports more quickly than the current processing times allow must show proof of imminent travel within 72 hours of their appointment. But many have found a way to work around that restriction, said Rick Grobart, who runs a management consultant firm in Chicago. He flew from Chicago to Seattle in April to get his own passport renewed, securing an appointment at midnight for 9:30 the next morning. He got a seat on the first morning flight out of O’Hare International Airport in Chicago, making it to the appointment thanks to the two-hour time difference in Seattle.

Mr. Grobart landed the appointment three days before a scheduled departure to Mexico, which he admits was extremely lucky. Other travelers, he said, are willing to rack up additional costs if their timing isn’t as fortuitous. “Having to show proof of travel within three days is insane, because what’s the odds of it lining up?” He said. “You end up buying dummy tickets to the cheapest place out of the country that you can find, tacking it onto the cost of doing business.”

Like Mr. Williams in Atlanta, thousands of Americans trying to secure passports are reaching out to their congressional representatives for assistance, with mixed success.

Brittanie Dillard, 36, a car saleswoman in Pensacola, Fla., was delighted in April when her boyfriend surprised her with tickets to Costa Rica, but she faced a significant problem: She didn’t have a passport, something she had never told her boyfriend. As a constituent of Representative Matt Gaetz and Senator Marco Rubio, she contacted both offices of the Republican lawmakers for help. A caseworker from Senator Rubio’s office was able to get her an appointment — but it was in Miami, a 9.5-hour drive away.

She drove all night to get there, and slept in an Airbnb for a few hours before receiving her documents and heading back on the road. She estimates that the trip cost her $500, as well as a vacation day from work.

“I believe it’s my right, as a taxpaying citizen, to be able to get my passport and be able to come and go freely out of the country,” Ms. Dillard said. “Not only is the rest of the country open already, but the senators have other things to do aside from trying to help us get our passports.”

Representative Mark DeSaulnier, a Democrat from California, said requests to his office for assistance with passport issues have doubled.

“It’s a perfect storm,” he said. “As people come out of Covid, they are anxious to travel and then the agencies are understaffed.”

Representative Frederica S. Wilson, a Democrat from Florida, is also seeing a spike. “My office is experiencing a significant increase in the number of passport requests from residents, within and outside of the district that I represent,” she said in an email. “Constituents have complained that is has been nearly impossible to reach anyone by phone or to make an appointment.”

In a bid to ease the crush, the State Department has announced a limited number of passport acceptance fairs across the country, but they are mostly for children and first-time passport applicants and do not offer rush service.

Until the State Department can meet demand, however, Americans in need of a passport in less than four weeks have limited options, and can also expect to pay extra. A same-day expedited passport costs $170, with an additional $35 for first-time applicants. That’s not taking into account any airfare, car rentals or hotel reservations required for those who travel for their appointments.

“I’m lucky that the $500 I spent was not a number that would cripple me,” said Mr. Grobart, the consultant who flew from Chicago to Seattle. “But I know that the same $500 might have meant a ton more to somebody else.”