Home » Travel » Could a NON-PILOT land an airliner? Flight crew reveal the answer

Could a NON-PILOT land an airliner? Flight crew reveal whether a member of the public could jump up and become the hero in an emergency

There are probably a fair number of people who like to imagine that if they were on board a jetliner and the flight crew became incapacitated, then they could jump up and save the day.

‘After all,’ they think, ‘I’m good at Microsoft Flight Simulator and, well, how hard can it be?’

The answer, it turns out, is extremely hard, according to those in the know – actual airline pilots. 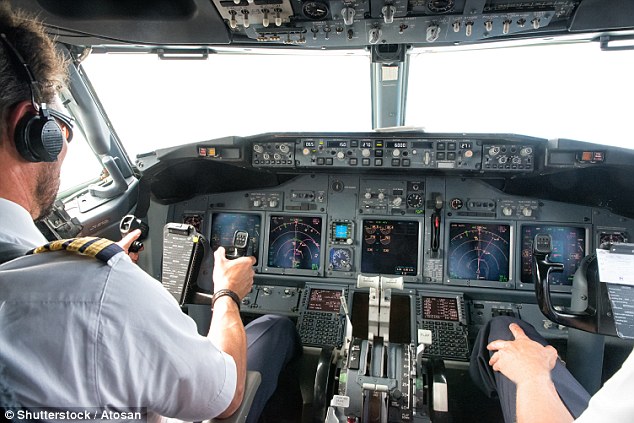 There are probably a fair number of people who like to imagine that if they were on board a jetliner and the flight crew became incapacitated, then they could jump up and save the day

A debate on this subject has been rumbling along on Quora after a user posed the question: ‘If you were on a plane and both pilots died, you’re put into the pilots seat and an air traffic controller is talking you through landing the plane, do you think you could actually land it?’

A Dreamliner captain MailOnline Travel spoke to said a member of the public would have ‘no chance’ of landing a jetliner.

Other pilots have been wading in and explaining in detail just how hard it is to land one – even for those with pilot training, let alone newcomers to the job.

One such pilot is Jeremy Harris, who flies A320s.

He wrote: ‘Most people would have no idea how to operate the radio to even talk to someone on the ground. Cabin crew are not trained to use a radio, so most of them would be no use.

‘You don’t have an unlimited amount of fuel and it’s unlikely that there would be a great deal more than the amount required to complete the scheduled flight safely. You however, will obviously require a lot more time to figure things out and therefore more fuel.

‘Air traffic controllers are not pilots. Most of them only have the most elementary understanding of what even makes an aircraft fly, let alone how to operate one. In the scenario described, a type rated instructor would have to be found at short notice and make their way to the control center. That would take a lot of time… And time is fuel, remember.

‘If you needed to reprogram the FMGC (flight management & guidance computer) to divert to an alternate airport and you made a serious data entry error, there’s no way someone on the ground can see that… If you disconnected the autopilot inadvertently, no one on the ground would know. By the time they realized, you probably will have got into an unrecoverable situation.’ Airline pilot Anas Maaz also added his tuppence-worth, explaining that even though he is a trained pilot on small planes, he would have problems landing large jetliners.

He wrote: ‘I have almost 1,500 hours of flight experience and almost all of them as an airline pilot. To get things in order I fly Dash 8s. An incredibly powerful aircraft for its size.

‘In my flight school training I used to fly a Cessna 150 and it was the primary aircraft I flew in. I took my multi-engine training in a Piper Seneca 2.

‘As Dash 8 pilot, I can fly that aircraft in an emergency with very little issues. I cannot guarantee that I could bring an A320 or a B737 to the ground as safe and sound. This takes me to the next point. Just because a person flies a large aircraft does not mean he could fly a smaller aircraft with ease.

‘I know a story of a previous jet pilot who smashed a Dash 8 onto the ground on his first ever line flight in the aircraft. He landed so hard that one of the main wheels of the aircraft shot through the wings.

‘Moral of the story is every aircraft is different. That is why you need extra training and type ratings when you are going to fly a new airplane. You cannot apply the same flight principles to all aircraft because all of them are different.’

‘Ks Vasan’, meanwhile, an ex-Air Force veteran, is quite optimistic about a passenger landing an airline – as long as they have some training as a pilot.

He wrote: ‘The mechanical and avionic systems on a modern commercial jet can be very complex, but anyone with some piloting experience should be able to handle at least the basics of flying and take you down reasonably safely.

‘Also to be noted, this is an emergency situation and the passenger pilot who gets catapulted into this unusual situation does not need to concern himself with too many… non-critical functions or activities in the cockpit, but just concentrate on the bare essentials – the minimum controls/functions necessary to get the plane down on to the nearest airfield.

‘And those will be – layout of the control yoke, and rudder pedals, location of three or four important instruments like altimeter, air speed indicator, and maybe the engine instruments, location of engine throttles/control levers, flaps may be useful, wheel brakes to stop the plane after it touches down.’

For the last word on this, we’ll turn away from the thread to pilot Patrick Smith, author of Cockpit Confidential, who devoted a section of his book to the subject of whether a non-pilot could land a plane – and he isn’t at all hopeful overall. 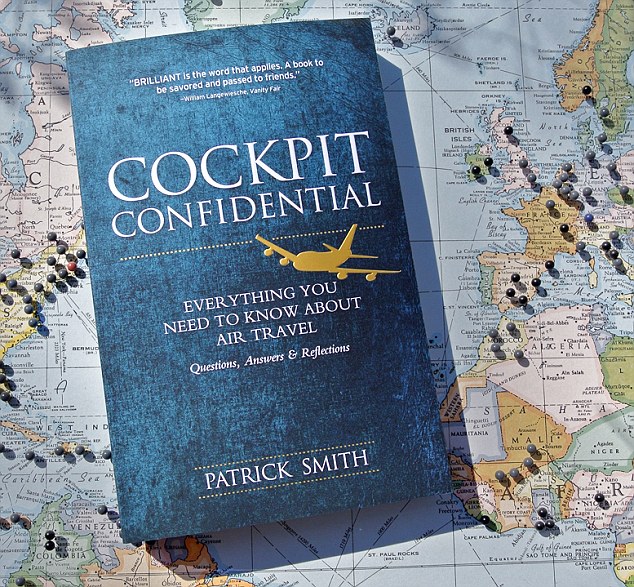 Pilot Patrick Smith, author of Cockpit Confidential, devoted a section of his book to the subject of whether a non-pilot could land a plane – and he isn’t hopeful

But he says that the chances of success depend on when they take over.

He writes in his book: ‘There’s a ladder to this. Do you mean somebody who knows nothing at all about flying? How about a private pilot who has flown four-seaters, or a desktop simulator buff who has studied a jetliner’s systems and controls?

‘The outcome in all cases is liable to be a catastrophe, but some would fare better than others. It depends too on the meaning of “land”. Do you mean from just a few hundred feet over the ground, in ideal weather, with the plane stabilized and pointed toward the runway, with someone talking you through it?

‘Or do you mean the whole, full-blown arrival, from cruising altitude to touchdown?

‘Even a rube has a fighting chance with the former. The touchdown will be rough at best, but with a little luck you won’t become a cartwheeling fireball.’

But from cruising altitude, he says, it’s a different matter.

He writes: ‘The scenario most people envision is the one where, droning along at cruise altitude, the crew suddenly falls ill, and only a brave passenger can save the day. He’ll strap himself in, and with the smooth coaching of an unseen voice over the radio, try to bring her down. For somebody without any knowledge or training, the chance of success in this scenario is zero.

‘This person would have to be talked from 35,000 feet all the way to the point where an automatic approach could commence, complete with any number of turns, descents, decelerations, and configuration changes (appropriately setting the flaps, slats, and landing gear). I reckon that would be about as easy as dictating organ-transplant surgery over the telephone to somebody who has never held a scalpel.

‘It’d be tough even for a private pilot or the most obsessive desktop sim hobbyist.’