THOUSANDS of cruise passengers have had their holidays cancelled with just a few days notice after a mechanical fault left the ship behind schedule.

Thousands more on board the Norwegian Pearl are currently stuck on the ship as it has been forced to miss a number of scheduled ports. 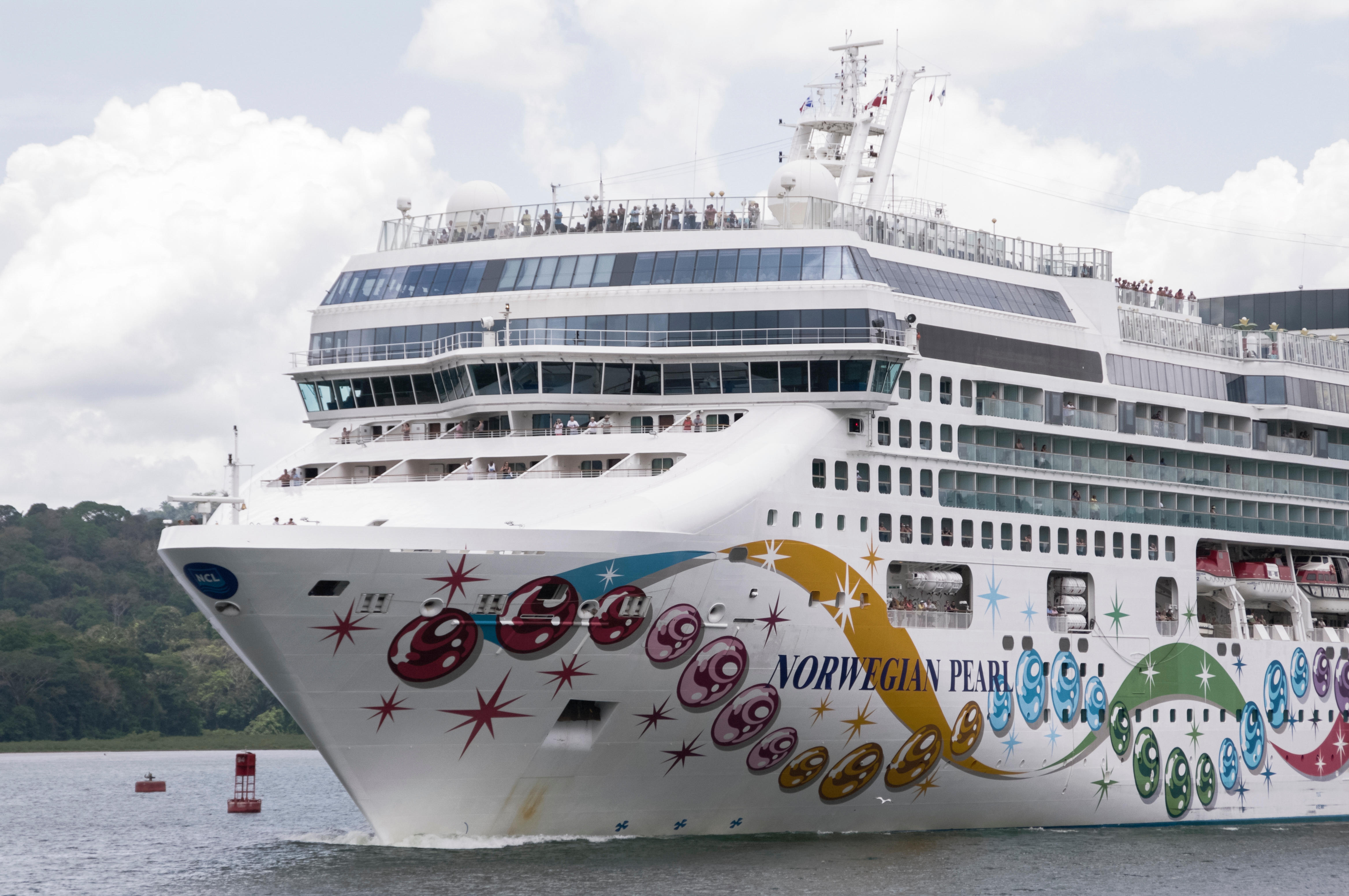 The 13-night NCL cruise began in Amsterdam on June 22 and was due to stop at Majorca, Monaco and Rome along the way before ending in Barcelona on July 2.

However, a fault with the ship has resulted in the ship sailing slower than usual, meaning delays and a changed itinerary.

Many of the stops have already been passed over, with passengers given the option to disembark at Barcelona or continue to Rome where it will end.

The next cruise, due to take place on July 5, has already been cancelled with approximately 2,4000 passengers affected. 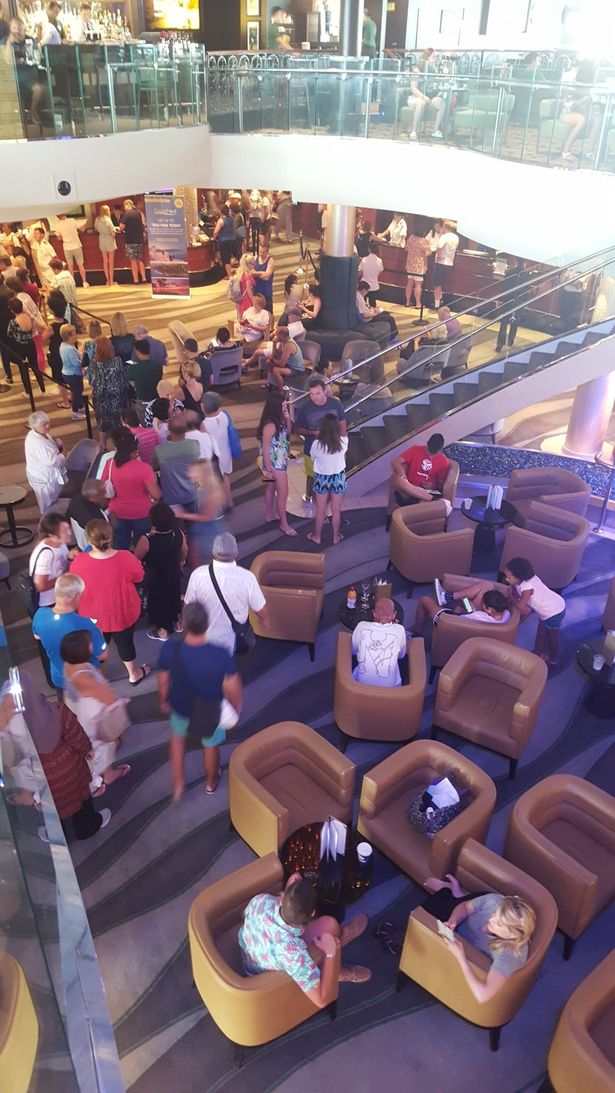 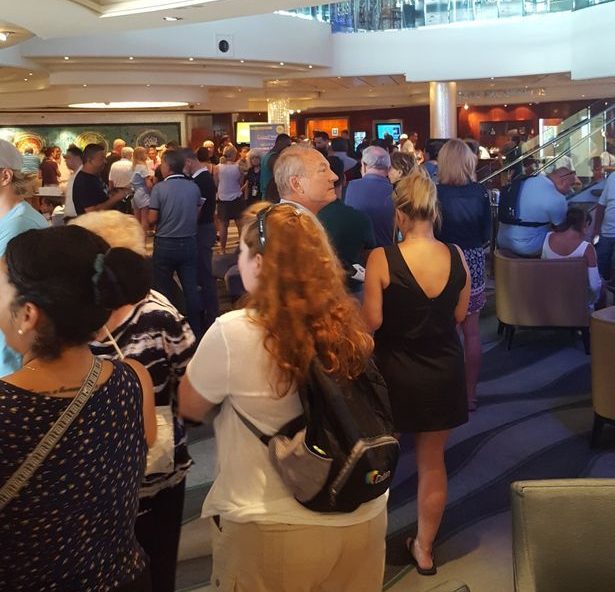 Some passengers have been complaining on social media, with one woman tweeting: "The Norwegian Pearl has now cancelled two ports of call during its voyage without giving passengers compensation.

"Absolutely unacceptable, especially for a vacation this expensive. Will never sail NCL again."

Passenger Laura Mustard wrote: "My 75 year old parents are two of the people stuck on this cruise. They’re panicked due to poor communication by ship’s management on what they need to do.

"They’re too scared to leave ship for fear of being left behind. And worried they won’t make their connection to Rome."

Liliana added: "They are planing on giving us a ridiculous compensation port taxes.

Other complaints came from people who had their holidays cancelled.

One person wrote: "@CruiseNorwegian what the hell?!? You cancel the cruise 2 days before sailing???? I already flew Miami, Florida to Italy… now what? ….

"Norwegian Pearl out of Rome July 5 now cancelled… and your customer services does not pick up for hours??? WTH is wrong with you people?!?!"

Another commented: "It's absolutely unbelievable. My family is in Rome for this cruise already and everyone is freaking out and on top of that they said a refund in 7-10 business days!? Now what!?"

One woman had come rather far: "I just got to NY, my flight to Rome is in an hour. I am FROM PUERTO RICO and after 2 hrs in a call with customer service they just said to go back to PR. They can’t solve anything. @CruiseNorwegian"

A Twitter user also had their honeymoon ruined: "Same here! I’m from mexico, and we were going on our honey moon! They are not refunding our flights nor the hotel that obviously have already been booked. "

A Norwegian Cruise Line spokesperson told Sun Online Travel that the cruise experienced a "mechanical issue which necessitates that she travel at a reduced speed".

They added: "As such, she did not call on Palma, Majorca, and instead sailed directly to Barcelona, Spain where further mechanical assessments were made.

"At this time, we anticipate that we will end the voyage in Rome, Italy as planned, with certain modifications made to the scheduled itinerary.

"We welcome and encourage our guests to stay aboard with us. In recognition of the altered itinerary, we have offered guests the option of ending their cruise in Barcelona or proceeding to Rome.

"Whichever option our guests choose, we will provide all guests on this sailing with a 50 per cent cash refund and a 50 per cent future cruise credit, both based on the original cruise fare paid. We will also cover up to $300 (£238) in flight change fees.

"Due to necessary repairs, Norwegian Pearl’s upcoming Greek Isles and Italy sailing scheduled to depart on July 5, 2019 from Rome is cancelled. Guests who booked this sailing will receive a 100 per cent refund and a 100 per cent future cruise credit, both on the original cruise fare paid. We will also cover up to $300 (£238) in flight change fees.

"We are truly sorry for the disappointment and inconvenience our guests have experienced as a result of this unforeseen mechanical situation.

"Our team is working diligently to assist all our guests and keep them informed with the latest details as they become available. We thank them for their continued support and loyalty."

What to do if your cruise is cancelled

According to ABTA, if your cruise operator expects your departure to be cancelled, the operator should inform you as soon as possible.

If this is on the day of travel, you should be informed no later than 30 minutes after your scheduled time of departure.

Refreshments should be provided even if the reason for the cancellation is bad weather. However, they need only be provided if they are available or can reasonably be supplied.

This will be affected by a number of factors such as the facilities in the port terminal or on board the ship, the time of day and the proximity of the terminal to local amenities.

Re-routing or reimbursement
When your trip is cancelled, your cruise operator should offer the choice of an alternative or a refund.

Accommodation
When a sailing is cancelled and an overnight stay becomes necessary, your cruise operator should offer you accommodation free of charge, if possible.

This can be on board the ship, or ashore.

The cruise operator is also free to look at other options, such asking you to go home, or to make your own arrangements and offering to reimburse your expenses.

The cruise operator may limit accommodation costs to €80 (approximately £66) per night per passenger for a maximum of three nights.

However, no overnight accommodation has to be offered, or costs reimbursed, where the cancellation is caused by weather conditions endangering the safe operation of the ship.

Compensation
You don’t have an entitlement to fixed amounts of compensation. Your rights to compensation come under the Package Travel Regulations.

Compensation wouldn’t be due where the operator can’t provide the services due to exceptional circumstances or an unforeseen event.

Earlier this year, a Norwegian Cruise ship was badly damaged after hitting winds of 115mph.

A number of passengers were injured with lots of the furniture damaged after the ship was thrown about.

All passengers were given a free trip with Norwegian after the "holiday from hell".