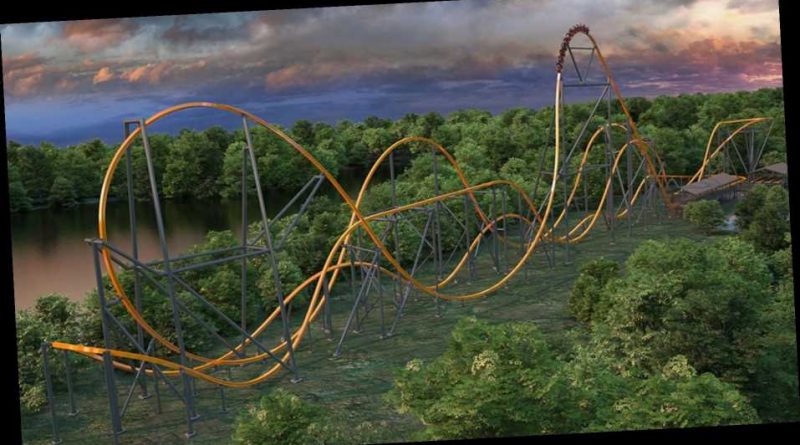 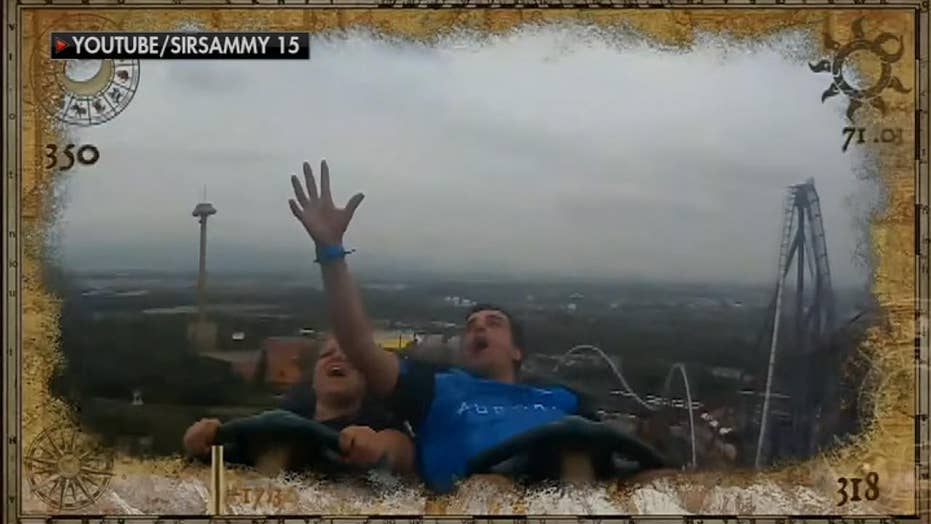 One theme park visitor in Spain epically lent a helping hand, catching a stranger’s lost cell phone while flying on the ride.

Better buckle up – it’s going to be a wild ride.

A New Jersey theme park has laid the very last piece of track for the world’s tallest, longest and fastest single-rail roller coaster, beckoning adrenaline junkies to brave the ride later this year.

On Monday, Six Flags Great Adventure announced the Jersey Devil Coaster had finally been topped off, completing the coaster which will soar up to 13 stories across 3,000 feet of track, flying up to 58 mph.

“A major milestone on this chilly Monday,” the Jackson Township theme park wrote on Facebook.

Plans for the ride were first announced in August 2019, though the attraction’s scheduled opening for summer 2020 was delayed because some parts were not able to be produced due to the coronavirus pandemic, NJ.com reports.

While the final piece of orange track was laid into place in an epic way, there’s still more work to be done before the Jersey Devil can open to the public. According to the outlet, a link lift, ride station, ride controls and train cars still need to be installed, plus testing and inspections, before it can welcome passengers aboard later this year.

Though Six Flags has yet to announce an opening date for the thrilling and chilling new ride, coaster fanatics can look forward to terrifying twists and turns, including a 130-foot ascent, 87-degree drop, two inversions, a 180-degree stall and zero-gravity roll. The theme park operator claims that the menacing design and fierce features make the Jersey Devil “the tallest, fastest and longest single rail coaster” in the world today.

Hopeful riders must meet the 48-inch height requirement, and the coaster itself will have four devil-themed train cars, seating 12. Passengers will sit single-file style on the ride. 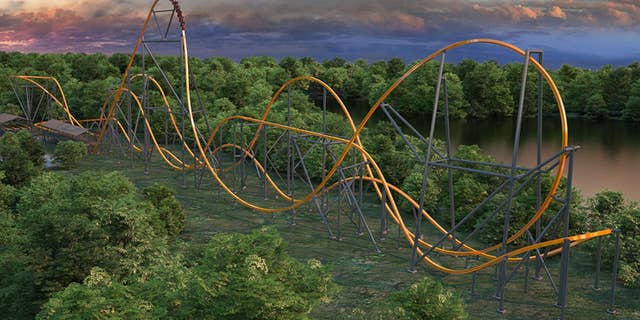 The soon-to-be-legendary coaster was specifically built near the theme park’s Great Lake, making it all the better for the scream machine to scare “under a full moon,” a press release reports.

The attraction was named after the legend of the Jersey Devil, a mythical, demonic creature rumored to have haunted the Pine Barrens region of the Garden State in the 18th century.