Traveller Ben Perry was on a flight from Comiso to London Stansted and tweeted that the loos were “disgusting” and posted a video that shows grime and muck all over the toilet’s sink and mirror.

He said: “@Ryanair after a 4 hour delay I get on board to then find your toilets/baby changing facilities like this its absolutely disgusting!

“I mentioned this to a staff member after I come out of there and his reply was not our problem!!

“I see there customer care is not very important!!”

A Ryanair spokesperson told Sun Online Travel: “All Ryanair aircraft are thoroughly cleaned by professionals at the end of each day, in line with industry standards, and cabin crew carry out a cabin tidy and toilet check at the end of every flight.” 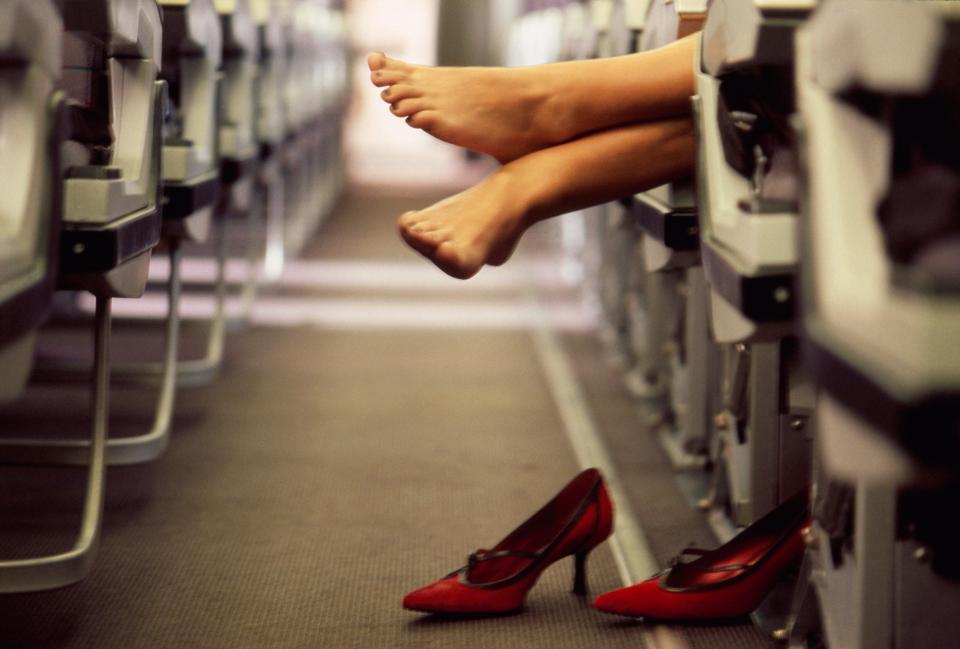 If you haven't already started wearing shoes to the plane loo – this is why one of cabin crew's biggest bugbears is when people head off to the toilet on a plane with bare feet.

Cabin crew member Amanda Pleva also has an aviation column on Flyer Talk, and she said few things are more off-putting than a passenger who heads to the loo without any socks on.

She said: "When you get up to use the lavatory, wear shoes.

"A passenger I had begun talking to outside of work ended up on a flight with me again after we had stopped talking – he went into the lavatory with only socks on and left wet footprints through my galley afterwards.

"My co-worker was horrified, as was I, and I declined his offer to take me out.

"You wouldn’t do this at a bar, would you? The lavatory floors are no different."

Sun Online previously revealed that Ryanair has been accused of getting rid of soap in toilets as a cost-saving measure.

And a British Airways plane was forced to turn back after just half an hour in the air – because of a "smelly poo" in the toilet.