Home » Travel » Pilot strike prompts British Airways to cancel 'nearly 100 percent' of flights: 'Please do not go to the airport' 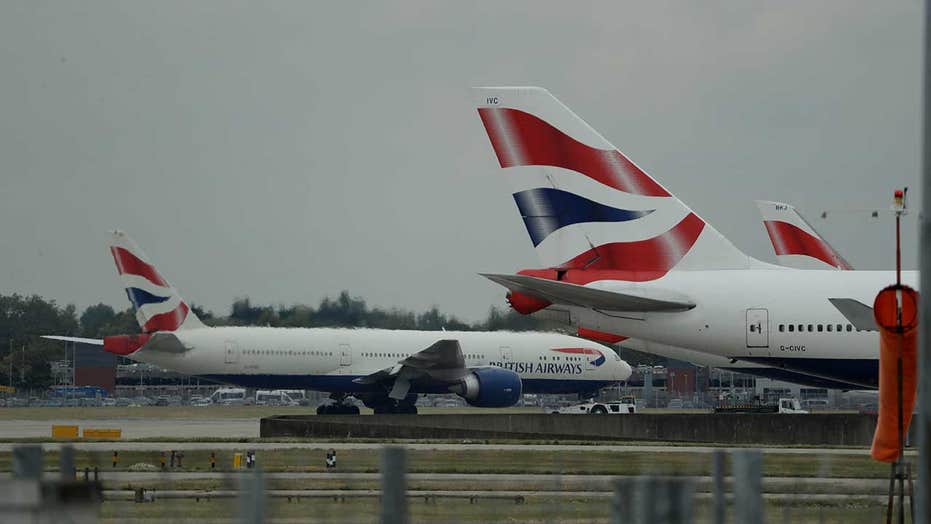 “If your flight is canceled, please do not go to the airport.”

This is obviously sage advice for any traveler, but it’s a bit more urgent for anyone flying British Airways.

The airline, which issued the statement to The Telegraph, has canceled nearly “100 percent” of flights for Sept. 9 and Sept. 10 amid a dispute with the British Airline Pilots’ Association (BALPA), which scheduled a strike for Monday and Tuesday. 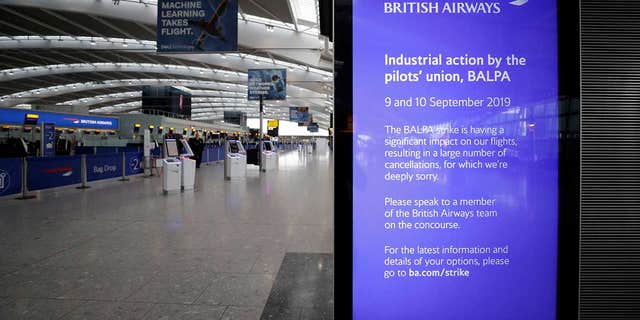 A screen at Heathrow Airport’s Terminal 5 displays a message from British Airways, which writes that it is "deeply sorry" about the cancelations.
(Matt Dunham/AP)

"We understand the frustration and disruption BALPA's strike action has caused our customers. After many months of trying to resolve the pay dispute, we are extremely sorry that it has come to this,” the airline wrote in a statement to Fox News. “We remain ready and willing to return to talks with BALPA.”

BALPA announced on Aug. 23 that its pilots would be striking on Sept. 9, 10 and 27 following a pay dispute with the airline, which they claimed would “not accept” any of “a number” of solutions that would have avoided a strike.

The pilots union, which represents over 10,000 U.K. pilots across more than 20 companies, had accused the airline of profiting at the cost of its pilots’ sacrifices, which BALPA says included pay cuts, reduced leave, and “closing the final salary pension scheme.”

In another statement released Monday, BALPA claims British Airways ignored two recent offers to meet for talks, on both Wednesday and Friday. 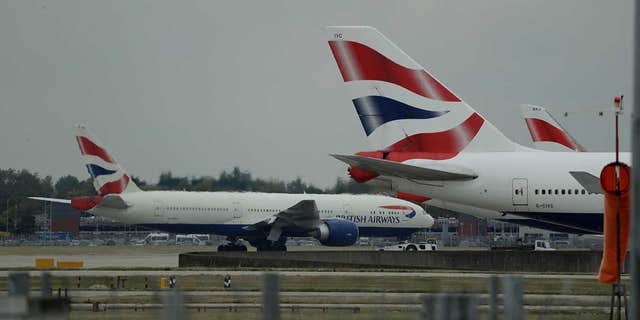 BALPA claims the cost of British Airways canceling nearly all of its flights for a single day is approximately eight times what it would cost to settle the dispute.
(Matt Dunham/AP)

Meanwhile, the cost of the canceled service is said to be costing British Airways 40 million pounds per day, the Telegraph reported. BALPA further argues that this figure is several times what it would cost the carrier to settle the dispute.

“The flag carrier is making around [2 billion pounds] profit and the cost of BALPA’s latest proposal is less than [5 million pounds] more than British Airways previously offered. Meanwhile one day of strike action costs around [40 million] pounds.” BALPA noted.

“This strike will have cost the company considerably more than the investment needed to settle this dispute,” the union wrote. “It is time to get back to the negotiating table and put together a serious offer that will end this dispute.” 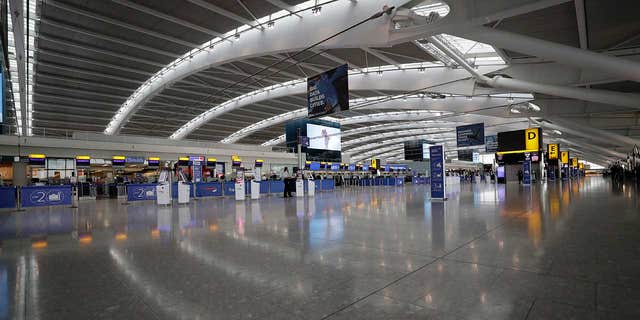 British Airways, with major hubs at both London’s Heathrow and Gatwick airports, confirmed to Fox News that the cancellations to its flights were preemptive.

“Unfortunately, with no detail from BALPA on which pilots would strike, we had no way of predicting how many would come to work or which aircraft they are qualified to fly, so we had no option but to cancel nearly 100 percent our flights,” the airline said in a statement.

The airline also claims that, since news of the strike was announced weeks ago, the “vast majority” of British Airways passengers had rebooked, or been refunded for their travel, ahead of the strike.

British Airways has posted further information for concerned passengers on its website.

Catalan leader on trial: 'I am a political prisoner'