Everyone in the picture that surfaced on one of the travellers' Facebook Live posts hadn't listened to instructions to place the mask over both their nose and mouth. 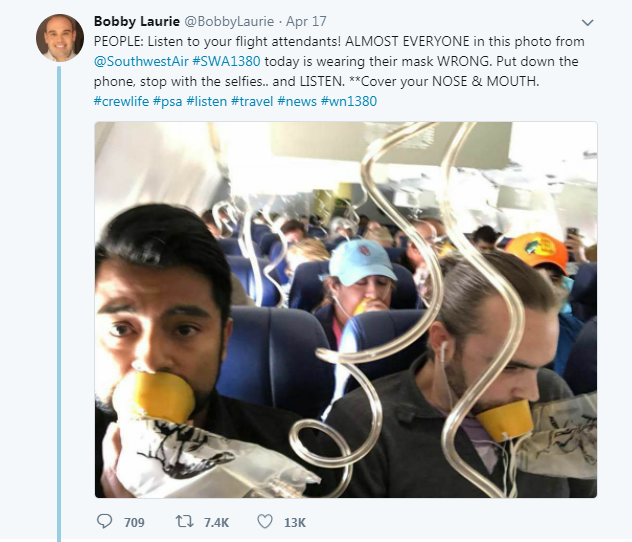 The incident proved that passengers no very little about what to do in an emergency, even though the safety demo is performed before every flight.

But how to wear a mask isn't the only little-known fact among travellers – it turns out most of us don't know what they are really breathing in those masks isn't really oxygen either.

Oxygen tanks are too heavy and bulky to keep in planes, so they have to use a more complicated system of distributing oxygen in case of an emergency.

There is a cocktail of chemicals stowed in the overhead panel above each seat, with the most common chemicals being barium peroxide, which is used in fireworks, sodium chlorate, often used in weedkiller, an iron oxide or potassium chlorate. 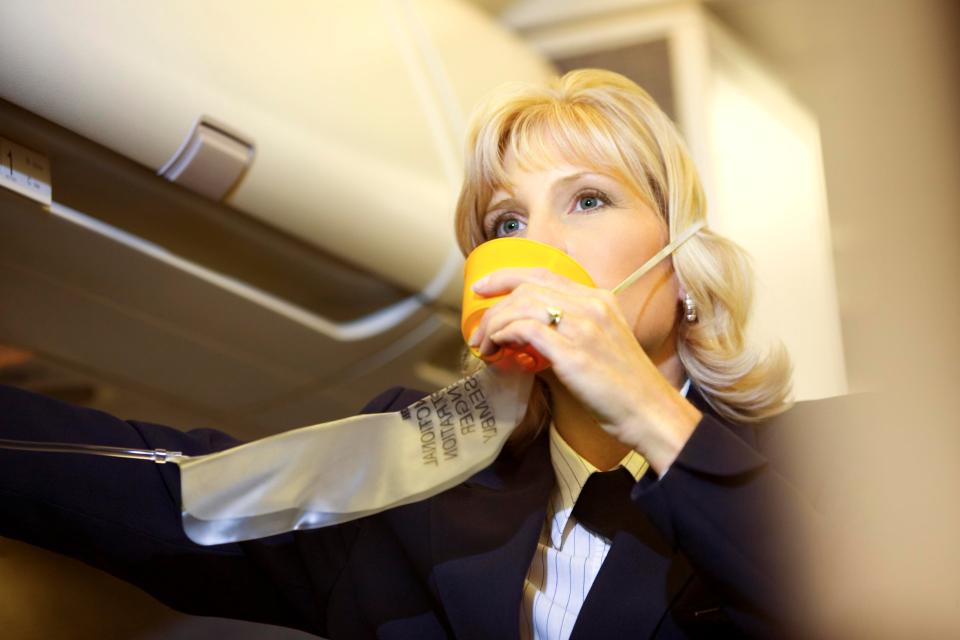 When you pull the mask over your face those chemicals are released they “burn” together and produce oxygen.

Arch Carson, an occupational health expert at The University of Texas Health Science Centre at Houston, told the Huffington Post that it’s not uncommon for chemical dust to form.

He said: “You might get some small bits of chemical dust.

“But it’s way better than the alternative, which is passing out due to lack of oxygen.”

He added that the chemical reaction also makes the cabin so hot that it is “like turning on a new oven” and it is not unusual to notice a burning smell. 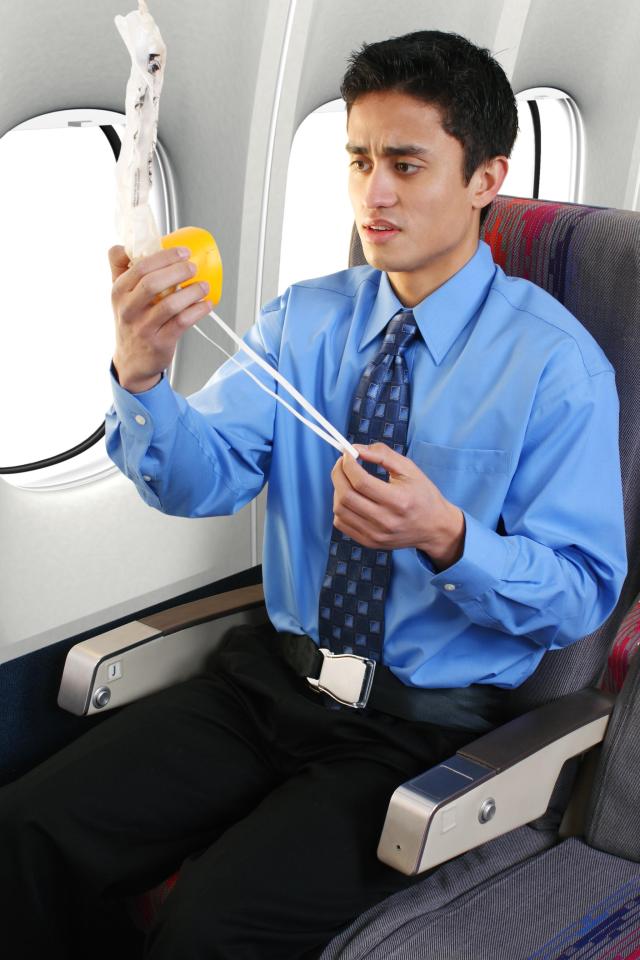 The flow of oxygen released from the chemical reaction usually lasts for about 15 minutes.

While that may not sound like very long, it should be more than enough time for pilots to get the plane to a safe altitude.

But when those masks drop, it is important to get them on as quickly as you can, and there is an important reason why you are told to get yours on before you help others.

Once the cabin pressure changes, most people have about 30 seconds before they are at risk of passing out.

So if you have someone with you who might not be able to secure their own mask, having your mask on is the best way of ensuring that you can help them.

This article was originally published on news.com.au and has been republished with permission.