BRITS are being offered loopholes to be able to visit Portugal on holiday despite the current travel ban in place – by travelling to Spain first.

A number of deals and travel offers are letting travellers book flights to Seville, before getting a bus over the border. 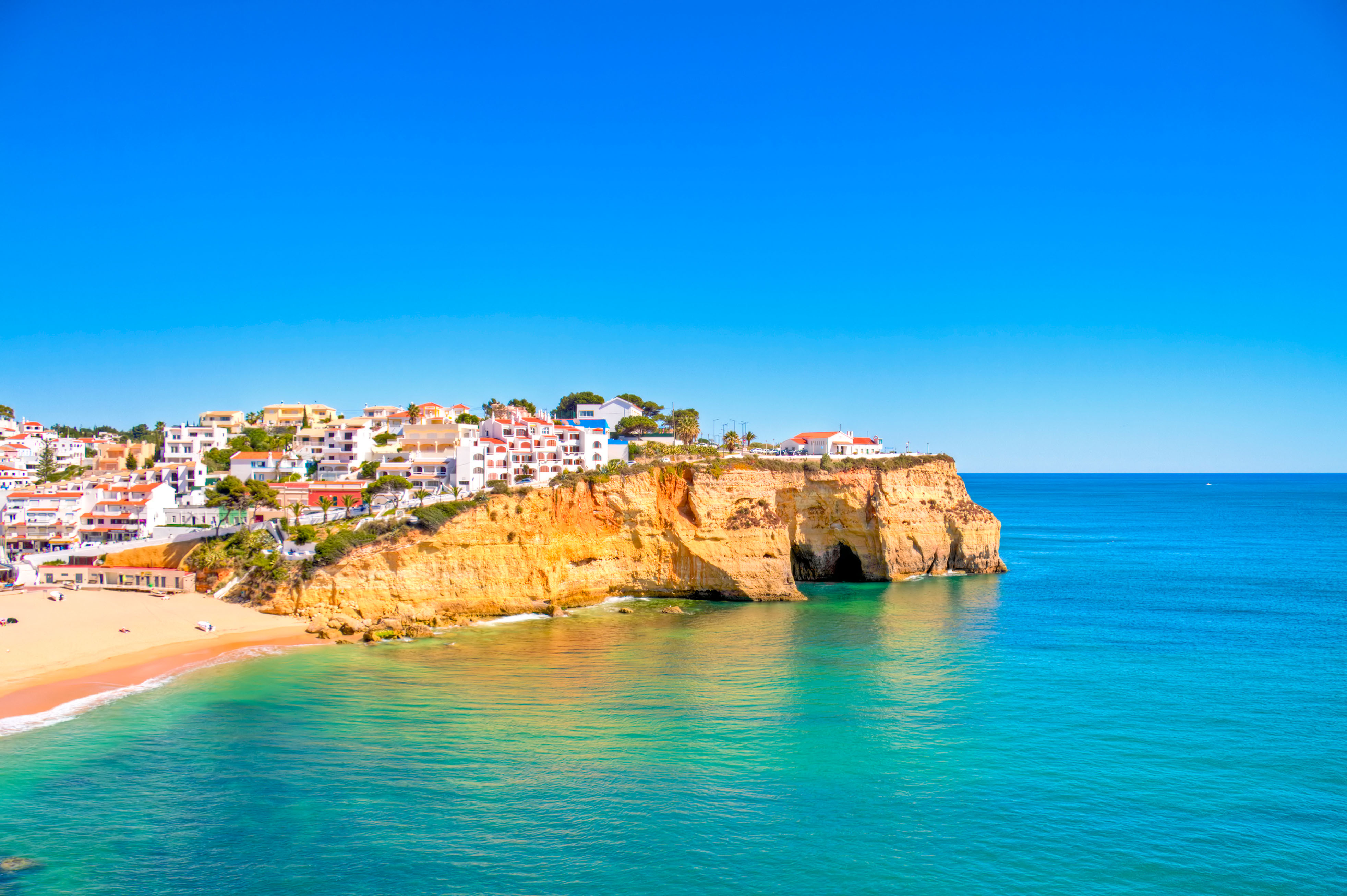 Portugal was controversially left off the list of air bridges with the UK, with the non-essential travel ban in place for parts of the country.

This was due to a surge in coronavirus cases in Lisbon – despite cases still being much lower overall.

Spain, however, was included in the list, meaning Brits won't have to quarantine on arrival or when returning to the UK.

Yet holidaymakers still wanting to visit the Algarve have been offered ways to do so – despite it breaking travel restriction rules.

Expats have even been offering to pick people up at the airport, according to the Olive Press. 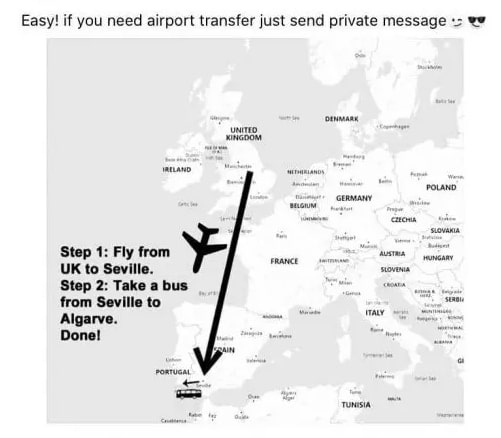 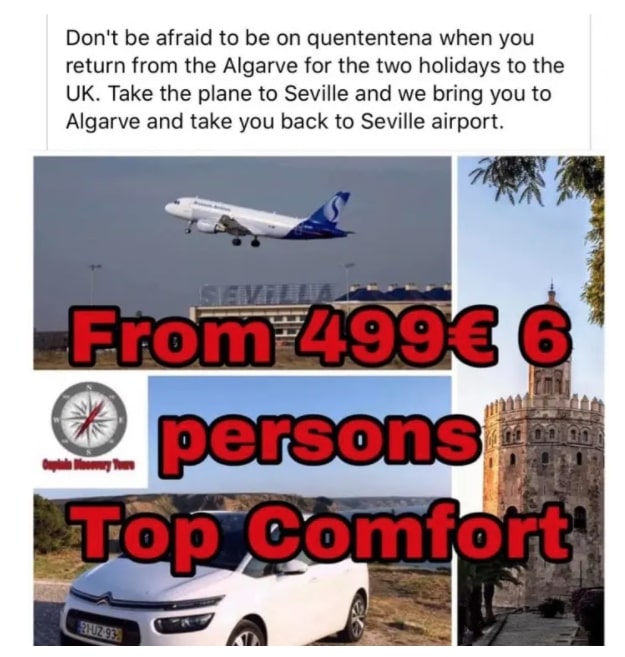 Explaining how to do it, one person wrote: "Step 1: Fly from UK to Seville. Step 2: Take a bus from Seville to Algarve. Done!"

They added: "It's easy. If you need airport transfer just send private message."

However, while legal, the UK Foreign Office has warned against it. 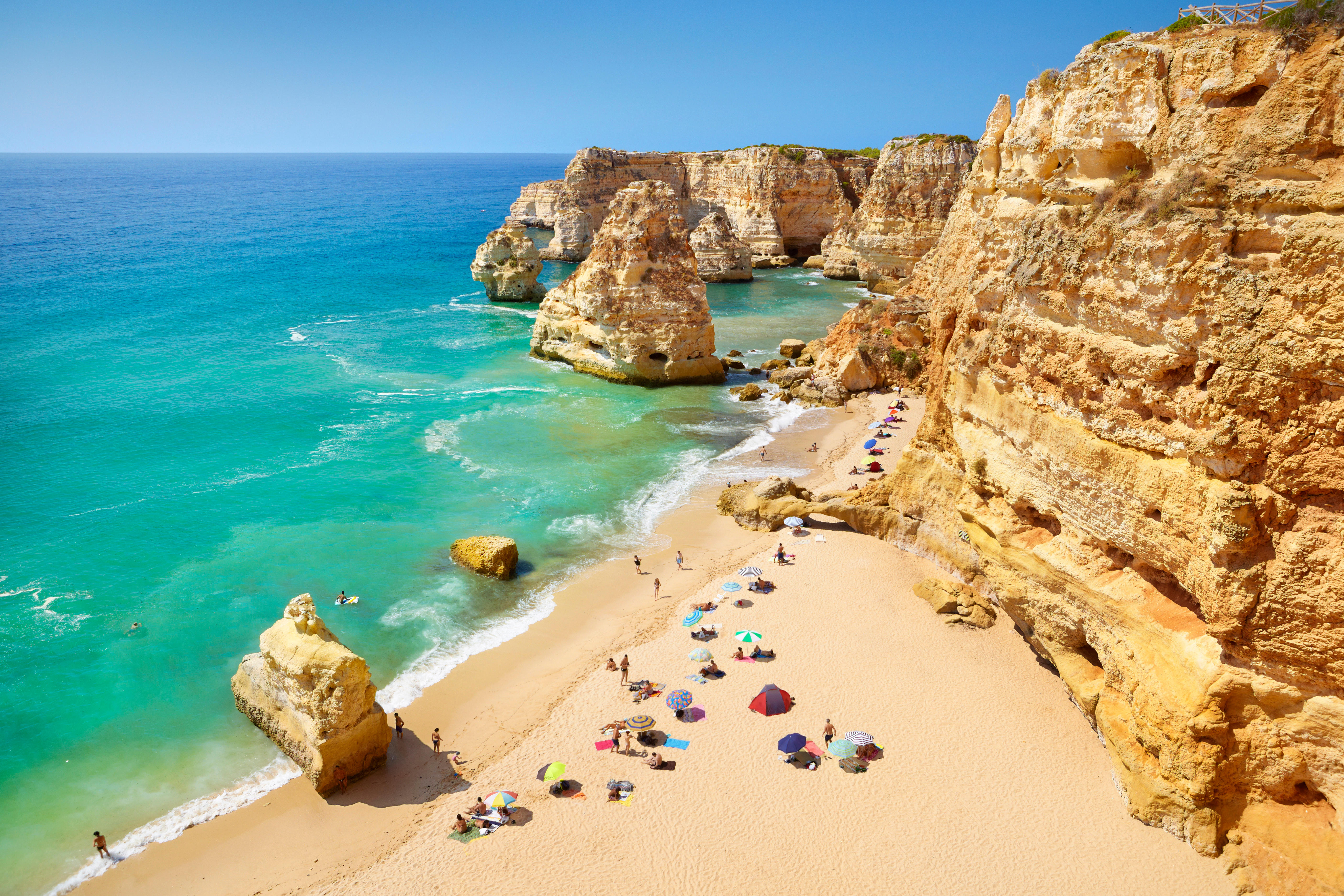 "Portugal is an important friend and partner who has welcomed many British tourists over many years.

"We want to see a return to normal international travel with Portugal, but we can only act once we are certain that we can do so safely and responsibly.

"At the current time we are advising against travel to mainland Portugal.

"The requirement to self-isolate on return to the UK from Portugal remains in place, including those who have returned from Portugal by transiting through other countries.

"We call on all travellers to act responsibly in order to minimise the risk to UK public health of visitors importing infection."

"So there's no reason, according to all the comparative criteria, for the existence of any application of quarantine rules on return to the United Kingdom."

"Naturally, if the current situation doesn’t change, Portugal reserves the right to apply the principle of reciprocity,” the ministry said in a statement.