The couple, who will wed next month on May 19, are rumoured to be heading to the country of Namibia – where they will stay at the  Hoanib Valley Camp in Kaokoland. 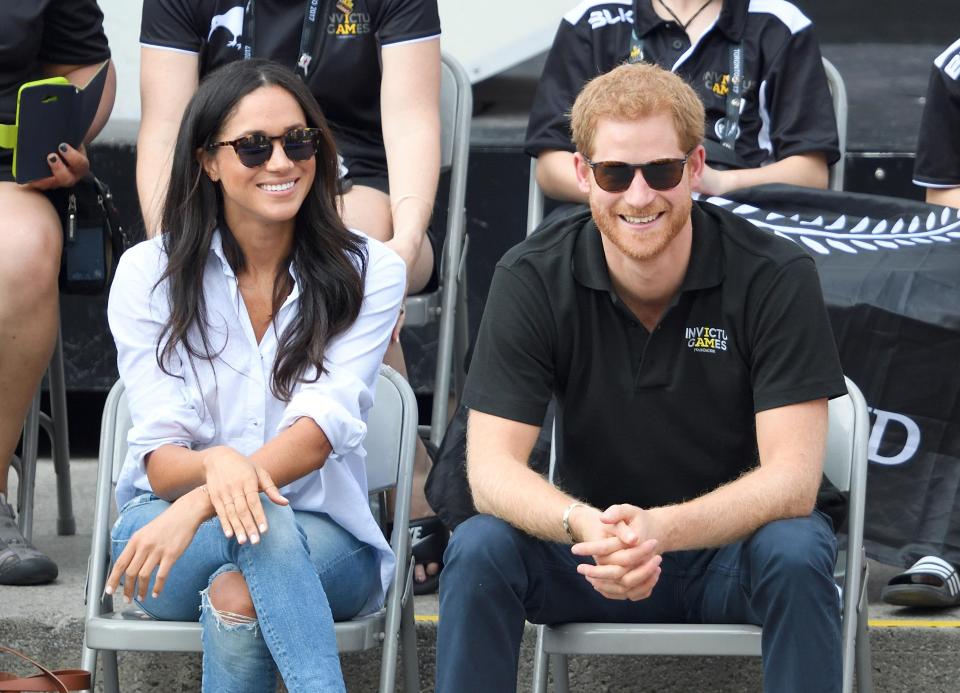 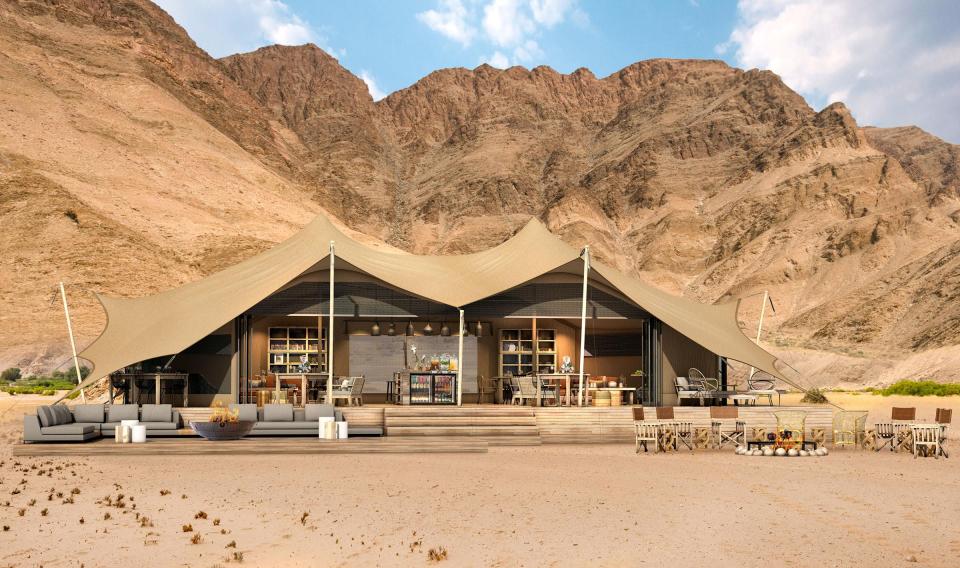 According to Travel And Leisure, the newlyweds will travel there after they say "I Do" at St George's Chapel in Windsor Castle.

The  Hoanib Valley Camp in north-western Namibia, which costs $660 (£463) per person per night, is surrounded by mountains, sand dunes and huge expanses of desert and sits on the banks of the Obias River.

Hoanib is also home to a host of unique wildlife, which is understood to be a major draw for Harry, who is passionate about conservation efforts.

Guests can take nature walks and track endangered rhino, desert-adapted elephants and giraffes during the daylight hours, before retreating to their exclusive and private verandas. 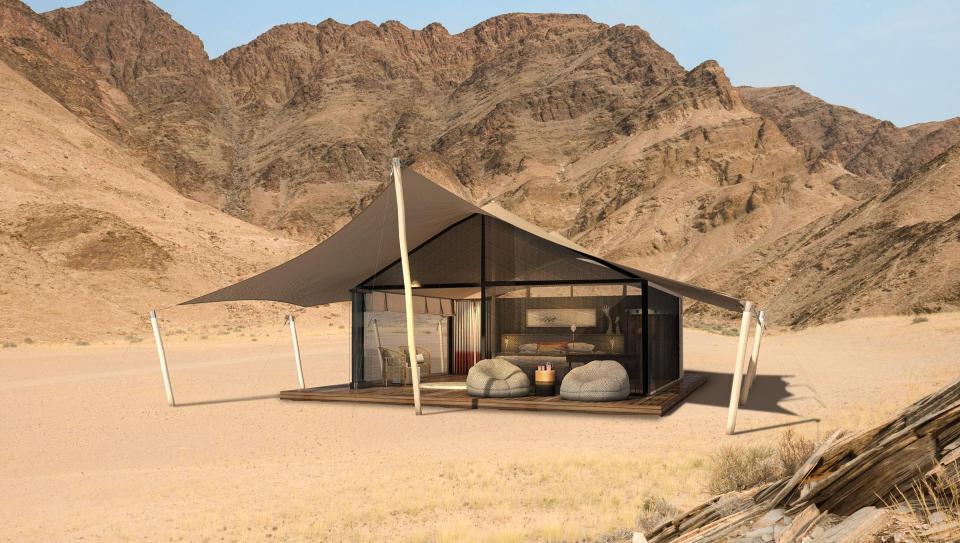 The campsite, which is 100 per cent solar powered, features six separate suites designed to match the surrounding rugged landscape.

Namibia is a remote and underpopulated country – with just 2.48 million residents despite the fact that it is four times the size of England.

But the camp –  the world’s only Africa-wide giraffe conservation organisation – claims they are in one of the most remote parts, scattered with nomadic Himba settlements.

Harry is a big fan of the country – after spending time there with ex-girlfriend Chelsy Davy in 2006, as part of the army in 2008 and working in conservation in 2015. 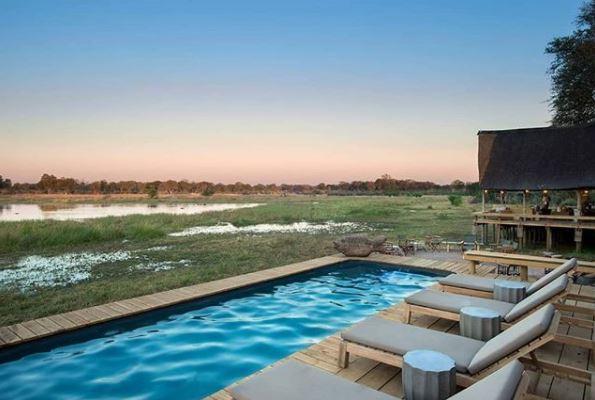 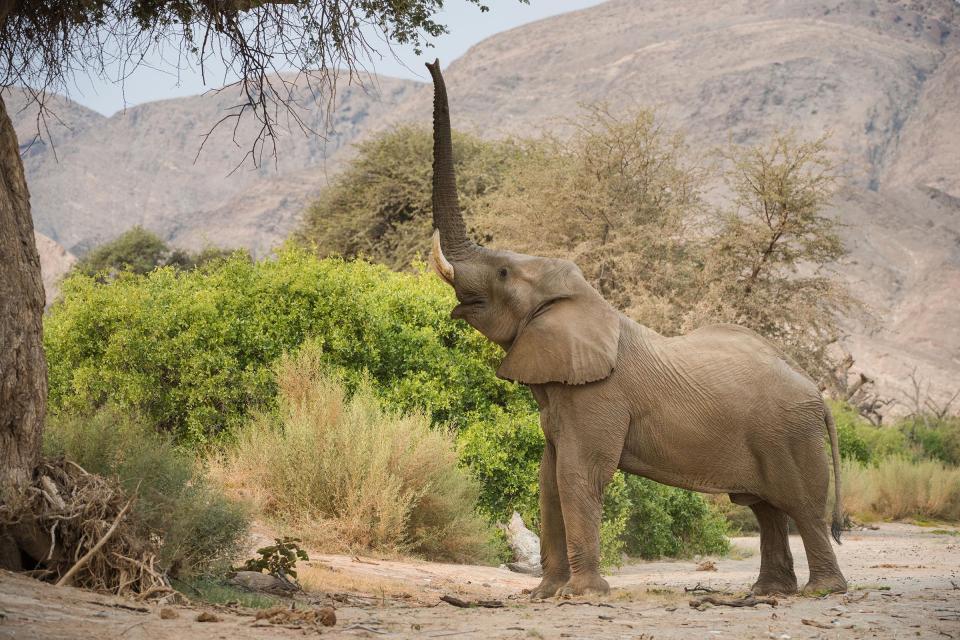 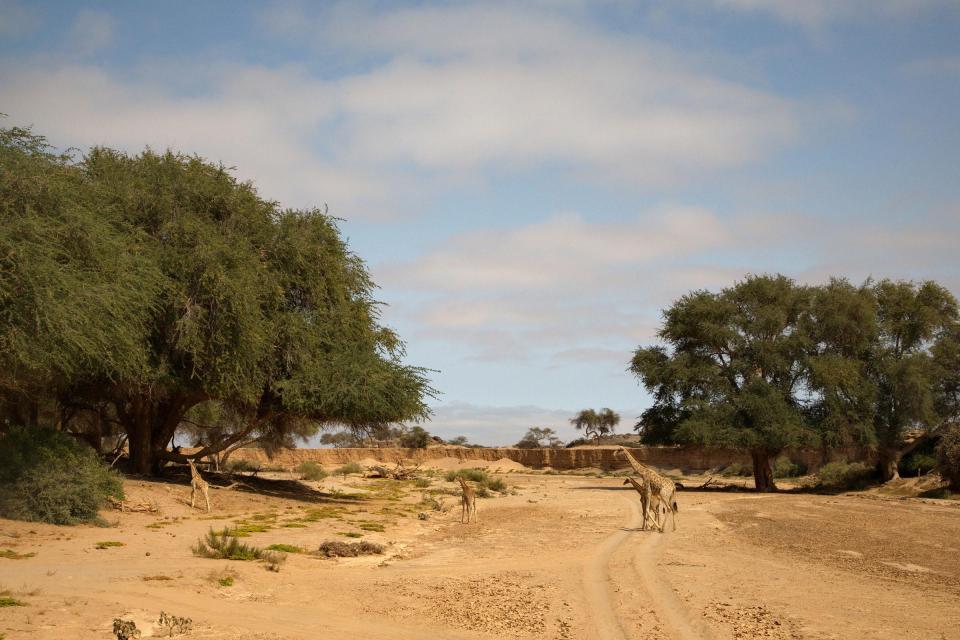 In 2006, he and Chelsy travelled in a two-man Mohawk canoe down the Orange River, bedding down in sleeping bags on the river bank at nighttime.

Then a couple of years after joining the army, he visited Namibia's Skeleton Coast with the Household Cavalry.

After leaving the army in 2015, Harry returned and worked with top vet Dr Pete Morkel in the remote wilderness region of Kunene, in the north-west corner of Namibia, home to the very rare “desert-adapted” elephant and black rhino.

He even missed his niece Princess Charlotte's christening in order to help with anti-poaching efforts in the country, during which he worked with experts tracking lions in the Palmwag reserve. 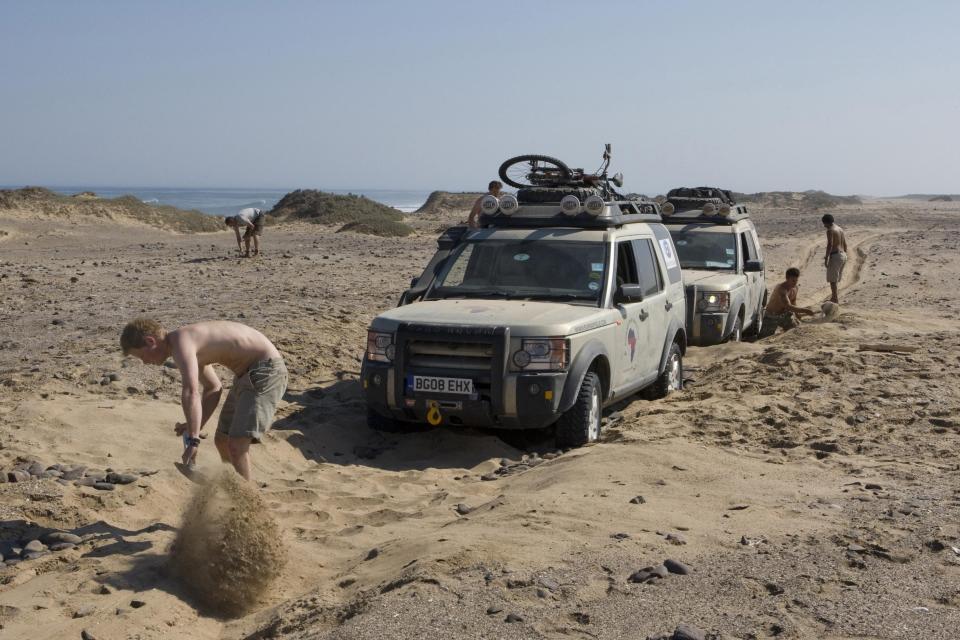 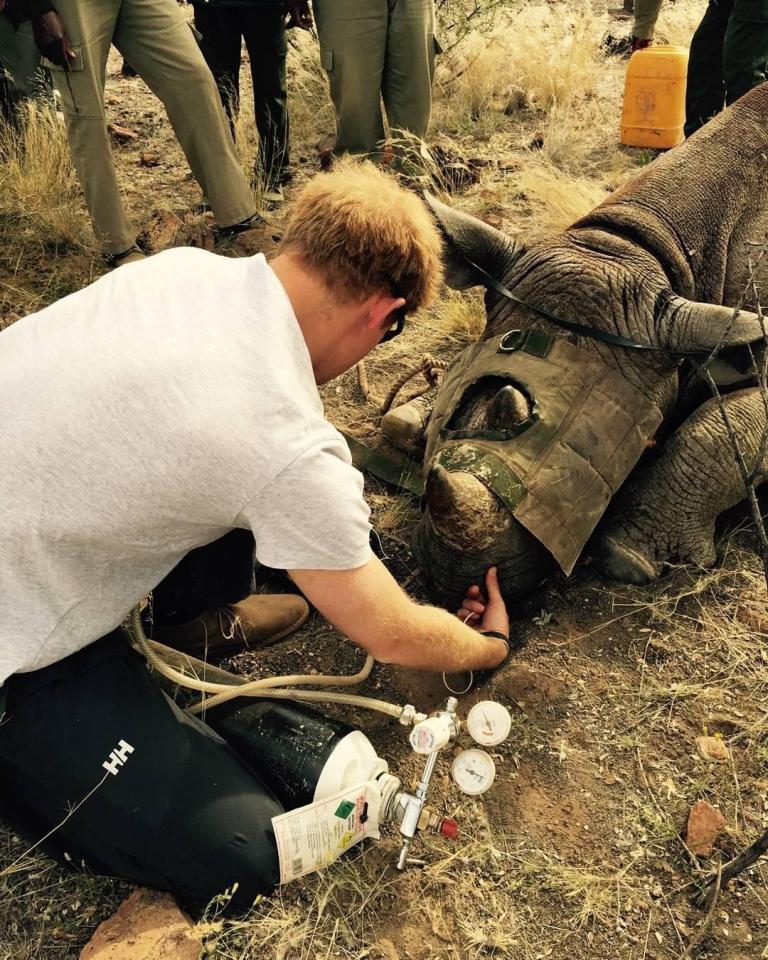 While on his trip he slept outside in the bush, telling one of his colleagues: "I've come all the way to Africa to be free. I’m taking my bedroll and I’m sleeping by the fire."

The honeymoon to Africa wouldn't be the first time Harry and Meghan have travelled to the continent together – early in their relationship they took a trip to Botswana together.

The Sun revealed last year that the couple actually decided to wed while on the romantic holiday in 2017.

The loved-up couple committed to marriage when they were camping under the stars in the African wilderness, just a year after they started dating.

For Meghan's first ever safari, the pair stayed in a luxurious tented bush camp at Meno a Kwena, boasting incredible views over the Boteti River and African bush.

Harry later said of the trip: "Going on holiday together in the middle of nowhere and sharing a tent together and all that kind of stuff.