Home » Travel » Revealed: Airport passenger numbers fell 58% in the first half of 2020

The ‘dramatic and catastrophic impact’ of coronavirus on global aviation has been revealed in data released by Airports Council International (ACI) in its shock new World Airport Traffic Report.

It reveals that for the first half of 2020, worldwide airport passenger numbers plummeted by 58.4 per cent compared to the same period in 2019, with international passenger traffic hit the hardest, recording a 64.5 per cent drop.

Overall aircraft movements declined by 41.6 per cent and total cargo volumes handled by airports decreased by 12.4 per cent for the same period. 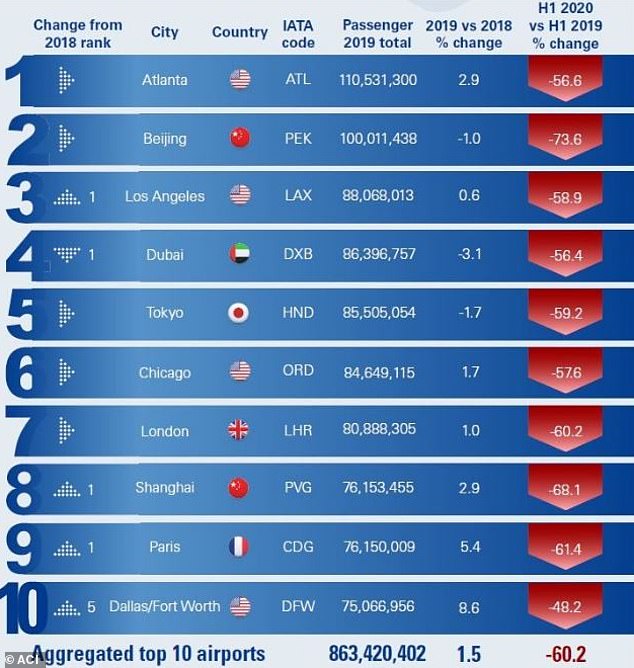 While Atlanta and Beijing held the top two places as the world’s busiest airports, and Los Angeles crept up one spot to take third in 2019, initial half-year 2020 data shows that these airports have suffered declines of 56.6 per cent, 73.6 per cent and 58.9 per cent respectively, ‘representing the sharpest decline in the industry’s history’.

According to the ACI report, airport passenger numbers are estimated to have surpassed 9.1billion in 2019, an increase of 3.5 per cent compared to 2018, ‘illustrating a healthy aviation industry before the catastrophic impact of the current pandemic’.

ACI added: ‘Last year marked the end of a decade of consistent growth in global passenger traffic before the ongoing Covid-19 crisis brought airports around the world to a virtual standstill, resulting in airport traffic and revenue losses across all regions.’

Luis Felipe de Oliveira, ACI World Director General, said: ‘From a period of sustained global growth in 2019, the aviation industry now faces the worst crisis we have ever confronted with huge declines in passenger traffic and revenues due to the impact of the Covid-19 pandemic.

‘Aviation – and airports as a key focal point of the industry – will be a key driver of the global economic recovery from Covid-19 and governments need to provide assistance and coordination to help safeguard jobs, protect essential operations and provide sensible policies to facilitate the return of air connectivity.

‘We are positive about the future, but we need consistency and collaboration across the globe on key issues like testing. The industry is united in the view that widespread testing of passengers before travel, as an alternative to quarantine restrictions, will be a crucial way to foster public confidence in air travel and must be introduced. 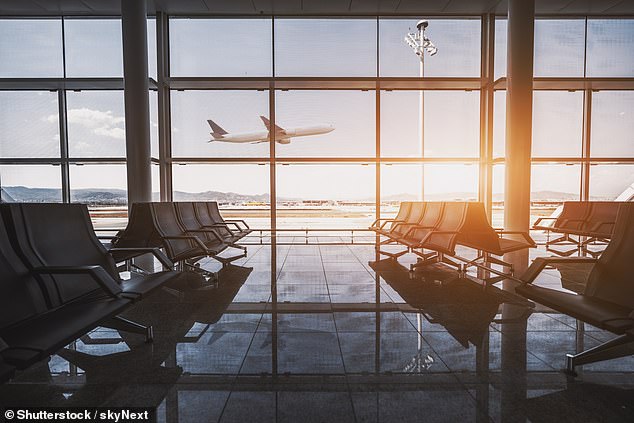 ACI said: ‘Last year marked the end of a decade of consistent growth in global passenger traffic before the ongoing Covid-19 crisis brought airports around the world to a virtual standstill’

‘As we begin the long and difficult journey back to the levels of success seen in 2019, we need to work together across the industry and hand in hand with ICAO [International Civil Aviation Organisation] and international health organisations to develop a global approach to testing that will help establish consistent and workable procedures. This is the way.’

The ACI says its report is the ‘authoritative source and industry reference for airport traffic trends’ and that ‘rankings including data from 2,565 airports in more than 180 countries worldwide’.

It added that this year’s report ‘contains the most comprehensive data ever collected by ACI World’.

The report shows that in 2019 airport traffic in emerging markets and developing economies grew slightly faster (3.9 per cent) than in advanced economies (3.1 per cent). 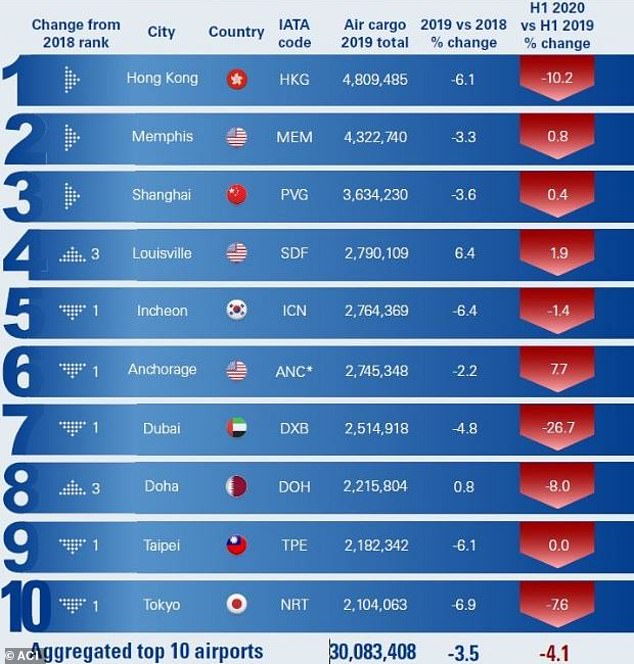 Africa (six per cent) and Latin America-Caribbean (4.4 per cent) posted strong growth of all regions in passenger traffic.

In addition, the world’s airports handled 119.9million metric tonnes of cargo, a decrease of 2.2 per cent compared to 2018.