Revealed: Britons pay more for Christmas travel than Europeans as 12million plan to hit the roads, rails and skies to spend the festive season with their loved ones

An estimated 12million Britons will hit the roads, rails and skies in the coming days so they can spend the festive season with their families.

But a new study has found that those in the UK will pay more for their Christmas travel than those in Europe.

Researchers say that Britons are paying an average of £1.67 per mile compared to £1.19 per mile on the continent. 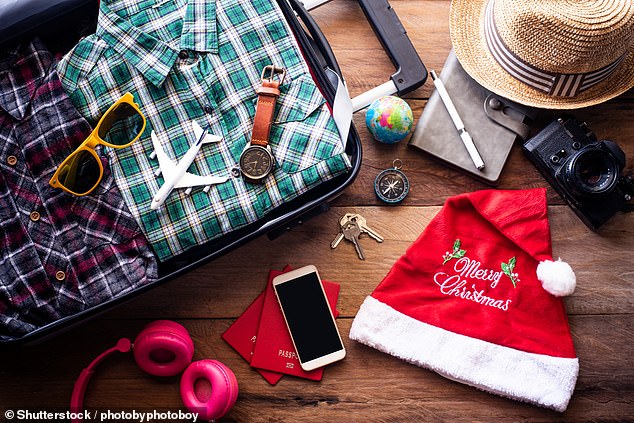 An estimated 12million Britons will hit the roads, rails and skies in the coming days so they can spend the festive season with their families

This is despite Europeans travelling an average of 314 miles to get home for Christmas compared to 276 miles for those in the UK.

The research, carried out by Mastercard, also shows that the average Briton will spend £165.10 travelling for Christmas and will have started saving for their festive homecoming two months before the big day.

Parents are the most popular people to travel to see, while one in six say they would go the distance to see their pet.

Despite the high costs of travel, the majority of people surveyed (83 per cent) say they don’t consider their presence a present, with the average person spending an extra £165.25 on gifts to take home for the family.

The research also shows that while most will make it home, almost 10million Britons (15 per cent), are not be able to travel to see their family with 18 per cent unable to do so due to financial constraints.

Of those 15 per cent, a fifth will use technology such as Skype and FaceTime to see their family on Christmas Day.

Conflicting schedules are also a big factor in Christmas absences with 18 per cent saying they have to work over the Christmas period and 17 per cent staying put to spend Christmas with their partner’s family.

But being reunited with family isn’t the only reason Brits are choosing to travel this Christmas. 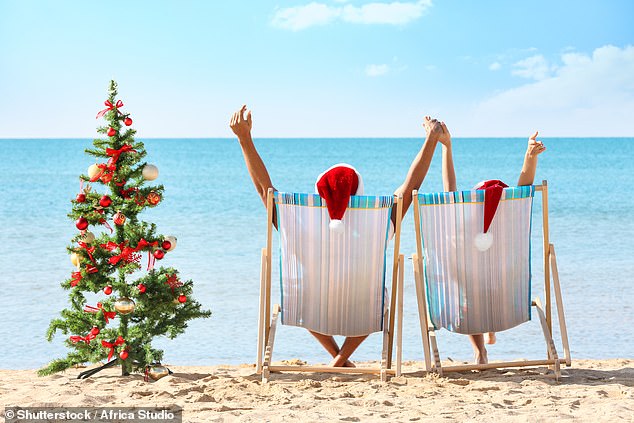 Thirteen per cent are opting to go abroad over the festive period.

Twenty per cent of these say it’s less stressful than having Christmas at home, 14 per cent want to avoid family arguments and 31 per cent say all they want for Christmas is some winter sun.

Janne Karppinen, Mastercard’s head of retail for the UK, said: ‘We live at a time where people travel more and build careers and lives in new cities and countries around the world, but Christmas is still a time for getting home to be with family.

‘Christmas has always been a major spending occasion, but with more and more people living away from their hometowns it has become one of the biggest travel occasions of the year too.’