Another summer, another dive, launch, twirl and loop.

This roller coaster season brings record-breaking new thrills and state-of-the-art technology, but it also includes a bit of simple, enjoyable tradition. Below is a look at a few of the most interesting new rides now open for your enjoyment in the United States, along with one wild wonder in Canada. Buckle those seatbelts, raise those hands high and let’s go. 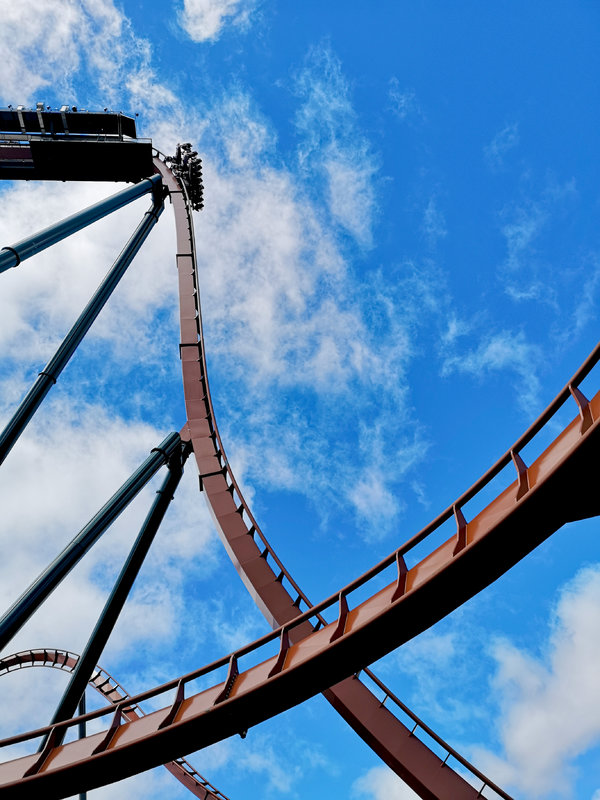 Last August, you may have seen a video making the rounds on social media touting “the world’s fastest, longest, tallest dive coaster.” The digital rendering of the ride looked astonishing and crazy. Now in operation, the final product is no less astonishing or crazy.

The coaster at Canada’s Wonderland is themed around the idea that it’s 1897 and riders are prospectors seeking gold in northwest Canada, taking a harrowing journey through steep mountains. It plays out in the form of a mammoth track and a wide train with three rows that seat eight people across. After making a climb to its first 245-foot drop, the ride pauses just over the hill to give you a moment to view your fate. Then it plunges straight down into what you see from the top: an underwater tunnel.

While dive coasters first made a name for themselves stateside at the Busch Gardens parks, this one add elements not done before on the ride, including a giant vertical loop. The trains are “floorless,” meaning your feet dangle and give more of a sense of you flying (very high) through the air at 80 miles per hour.

The Wizarding World of Harry Potter at Universal, Orlando, Fla.

When it was announced in 2017 that Dragon Challenge, a twisting dual-inverted coaster, would close at Universal, much speculation arose as to what would go in its place. The park answered with this elaborate new ride, themed after the character Hagrid from the Harry Potter franchise of books and films. It works digital projections and animatronics into the experience, laying out a full story for you alongside its thrills.

The ride seems to take some of the most exciting individual elements from the greatest themed coasters that have come before it, and configure them in a fresh way. It has multiple launches, shooting you into the ride at impressive speeds. The motorbike-styled trains go backward at one point, and the ride includes a full-on free fall where the train and track all do a nearly 17-foot vertical drop. The look of its environment is impressive, which Universal worked on in consultation with the production designer and art director of the feature films.

The motorbike adventure weaves its way through ruins and forest, and brings you face-to-face with some of the magical creatures from its title. Much was written about the ride’s 10-hour wait time on its opening day, but hopefully you’ll fare better.

The delightful park Carowinds, found on the border of North Carolina and South Carolina, has emerged in the past few years as a premiere roller coaster park. The addition of this excellent, endlessly exhilarating new steel ride helps solidify park’s place on the thrill-ride stage.

Like a snake on a rampage, this coaster starts its winding elements early, twisting riders upside down through what the park calls a “Jo Jo Roll,” right out of the station. Then the train moves briefly into a barn for a little themed storytelling, before launching you directly into a vertical loop.

The ride is a weaving wonder from here, including a series of sudden hills, switchbacks and a second vertical loop, providing ample amounts of airtime — that feeling of floating right out of your seat.

Sometimes all you want is a nice, fun, no-frills wooden coaster. The Gravity Group, a Cincinnati-based roller coaster engineering company, feels the same way. Their coaster designs pack more excitement than it may first look like, and their latest is another example. Riding in a train that mimics a plane (with a view of the propeller if you’re in the front seat), this family-friendly ride doesn’t go to extreme heights, but has all the fun ups and downs you could want, gliding out and back on a hilly airtime-heavy track that is mild enough for children to enjoy, but also wild enough to have plenty of adults screaming.

52 PLACES AND MUCH, MUCH MORE Follow our 52 Places traveler, Sebastian Modak, on Instagram as he travels the world, and discover more Travel coverage by following us on Twitter and Facebook. And sign up for our Travel Dispatch newsletter: Each week you’ll receive tips on traveling smarter, stories on hot destinations and access to photos from all over the world.

Mekado Murphy is a senior staff editor with a focus on movies coverage. He joined The Times in 2006. @mekadomurphy