This is an easy one – if you’ll consider flying from a different airport to your usual then you could save yourself a huge amount of money – on the exact same holiday. 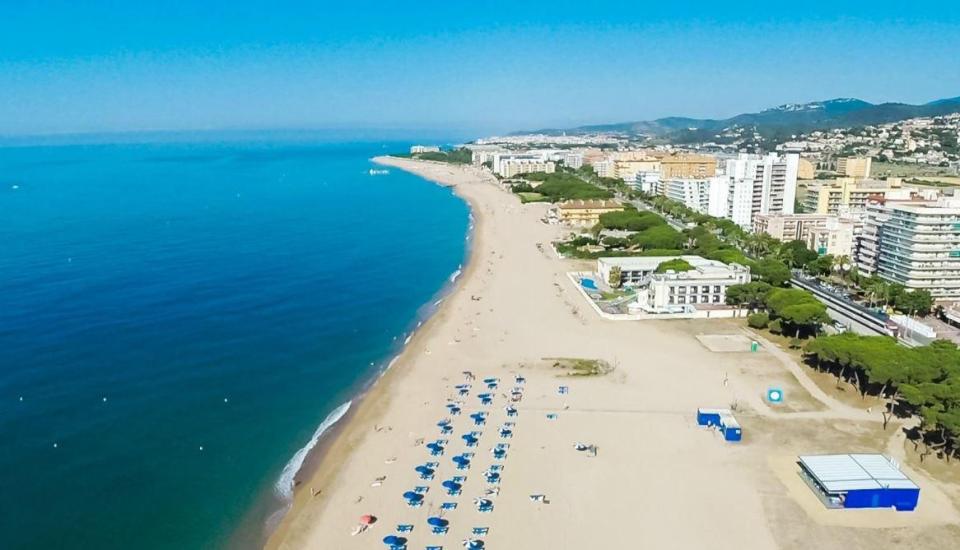 We’ve tracked down deals on the same day and to the same hotels – the only thing different is the departing airport.

Emma Coulthurst, resident travel expert from holiday price comparison site Travel Supermarket told Sun Online Travel: "These deals are specific to the day, but what they show is that it's worth checking other nearby airports before you book."

Read on for the biggest savings out there on holidays to Ibiza, the Costa Brava, Tenerife, Zante and more.

A holiday to the Costa Brava, flying as a family of four from East Midlands airport and staying at the three-star Bolero Park in Lloret de Mar costs £408pp on a room only basis during May half term.

However, by switching to Birmingham Airport – just 38 miles from East Midlands – you’ll pay just £290pp, a saving of £472 for a family of four.

The hotel is a short walk from the beach at Fanals and close to the town's promenade.

Rooms have satellite TV, balconies and air con as well as kitchenettes with all mod cons, and there's also a large outdoor pool and a bar area with sunbeds.

The Costa Brava is one of Spain’s cheapest resorts to stay at, so you'll also get more for your money once you're out there. Click here to book. 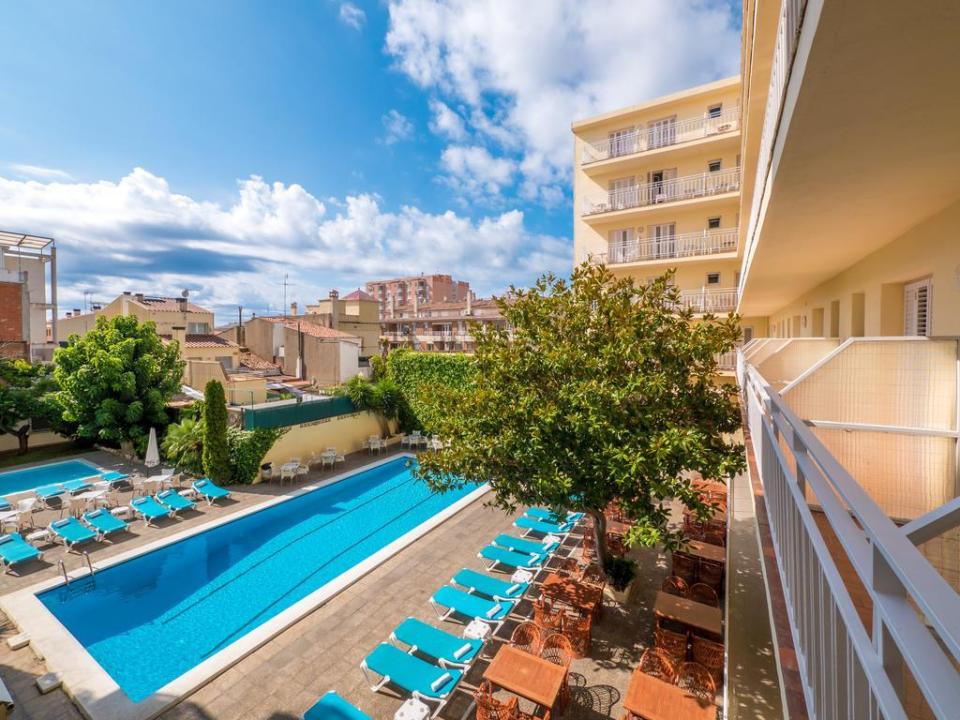 If you want to take your family away during the summer holidays then this deal is for you.

Leicestershire's school holidays start on July 16 this year, a week earlier than those in Derbyshire and Birmingham.

Take advantage with a cheap deal to the three-star Checkin Pineda in Pineda de Mar from £212pp departing on July 17 for seven nights room only from Birmingham Airport.

If you went on the same holiday on the same day from East Midlands Airport, you'd pay £309pp – so you're saving £388 as a family of four by swapping airports.

The hotel is a short walk from a sandy beach and has an outdoor pool. Click here to book.

Costa Marasme is less than 40 miles from Barcelona, so close enough for a day trip.

The town has leafy squares, a fishing harbour and watersports on offer. 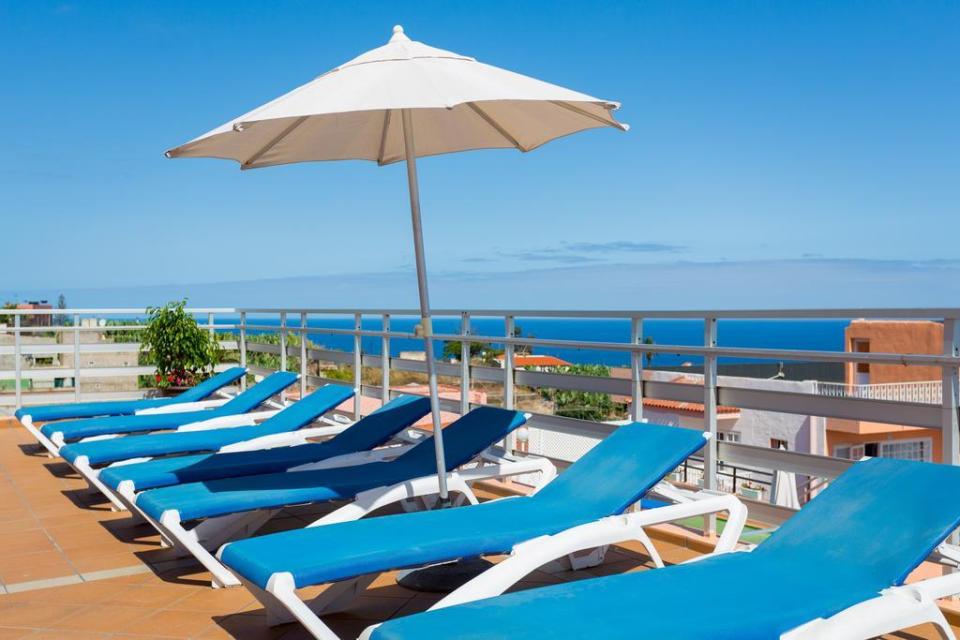 A flight from Leeds Bradford Airport to Tenerife on May 7, and a stay at the two-star Globales Acuario hotel in Puerto de la Cruz would cost £197 per person on a room only basis.

The equivalent holiday flying from from Liverpool Airport would cost £390 per person.

To drive from Liverpool to Leeds Bradford is around 1 hour 40 minutes, but the savings are huge.

The hotel is just under a mile from the beach and has an outdoor pool surrounded by sun loungers.

Guests commented on the hotel's tasty breakfast and decent restaurant, as well as the friendly service and cheap Wi-Fi. Click here to book.

There's nothing better than a Greek island holiday – and you could save big on a trip to Zante by flying from Stansted instead of Gatwick.

Fly from Stansted on May 15 self-catering and pay £155pp for seven nights based on two sharing, staying at the three-star Letsos in Alykanas.

The same holiday flying from Gatwick would have cost £305pp – almost double the price.

The apartments have balconies or terraces as well as air conditioning and TVs.

There's also a large outdoor pool surrounded by palm trees and the hotel also puts on a free shuttle bus to the beach several times a day. Click here to book. 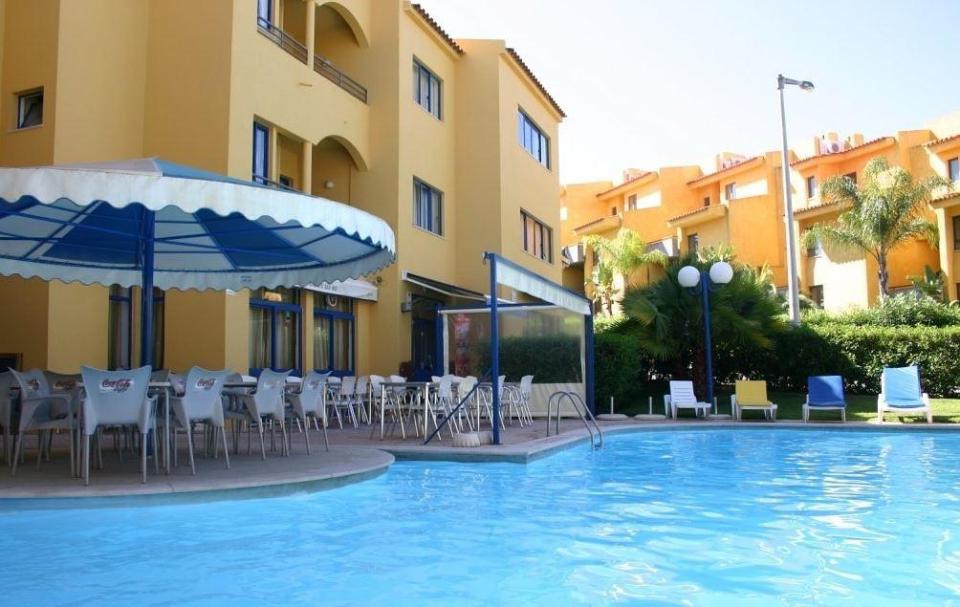 Head to the beautiful Algarve and stay at the three-star Rio in Vilamoura from Gatwick on April 29 for seven nights for £121 per person, room only, based on two sharing.

The equivalent holiday from Southend Airport would have cost you £250 per person.

The secluded apartments are a mile from the beach and surrounded by lush gardens.

There's a swimming pool and a sun terrace, as well as an on-site restaurant.

You can also arrange to head out on a banana boat or go water-skiing, sailing or boating on a catamaran for an extra fee. Click here to book. 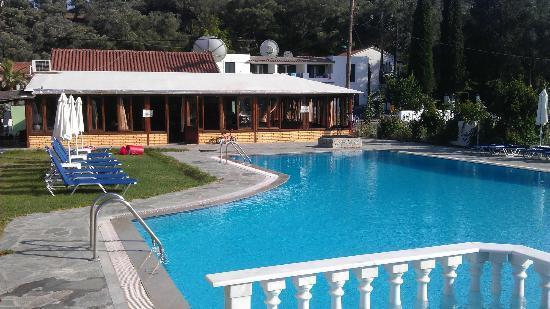 Head to sunny Corfu from East Midlands on May 10 for seven nights based on two people sharing and stay at the Aspasia Apartments in Sidari, self catering for £144pp.

The same holiday from Birmingham Airport would have cost £247 per person.

You'll find pretty, bright apartments which are in a peaceful location and an eight minute walk from the beach.

There's a pool bar and apartments have kitchenettes and balconies as well as air con and fridges.

TripAdvisor reviews have commented on the delicious Greek food at the apartments' restaurant as well as the friendly owner.

It's a 37 minute drive between Birmingham and East Midlands, which is well worth the money saved. Click here to book. 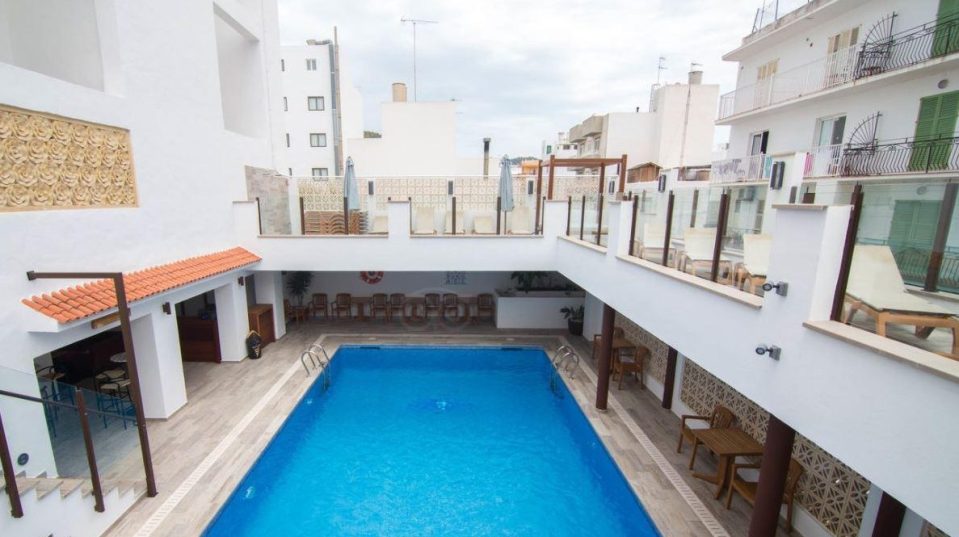 If you're after a party holiday then look no further.

You could travel on May 12 from Luton and stay at Hostal Florencio in San Antonio for £187 per person, room only, for seven nights.

The exact same holiday costs £352 per person from Stansted.

Hostal Florencio has the all-important pool surrounded by sun loungers and most rooms come with a private balcony.

The hotel is short walk from a sandy beach and serves Mediterranean and English classics at its restaurant. Click here to book. 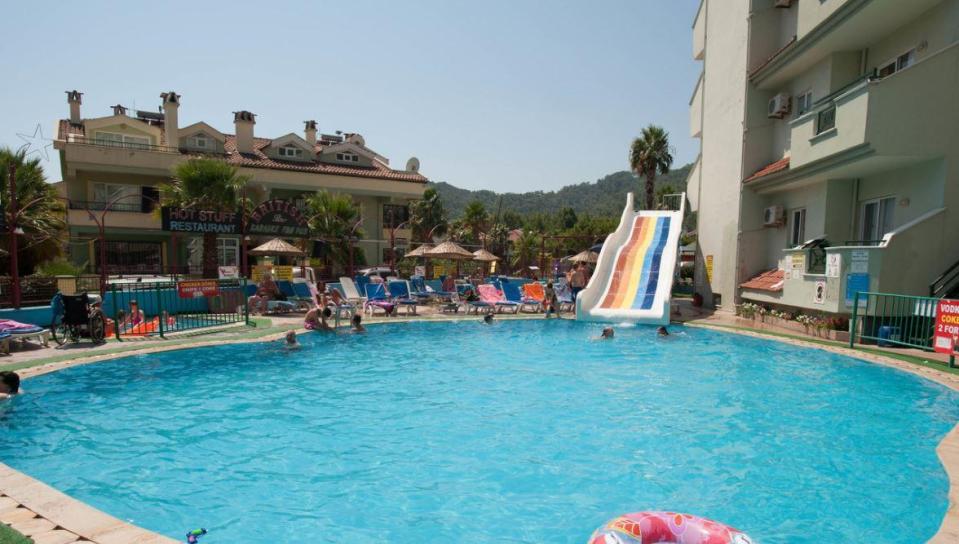 You can get an incredibly cheap holiday to Turkey for just £100 per person, departing on April 28 and staying at the three-star Golden Orange Apart in Marmaris, self-catering for seven nights from Gatwick, based on two sharing.

The same holiday would cost you £212 per person from Stansted.

There's an outside pool and each room comes with a kitchenette, TV and air conditioning.

The apartments are close to bustling Marmaris and there's a mini bus that will take you there, as well as a free airport shuttle bus. Click here to book.

Prices were correct at the time of writing.