Home » Travel » Is stand up airline seating the future for flights? Designs could squeeze 20 per cent more people on to planes

Italian seating manufacturer Aviointeriors unveiled a new design for upright seating at the Aircraft Interiors Expo 2018 in Hamburg – and there’s as much leg room as you could possibly want. 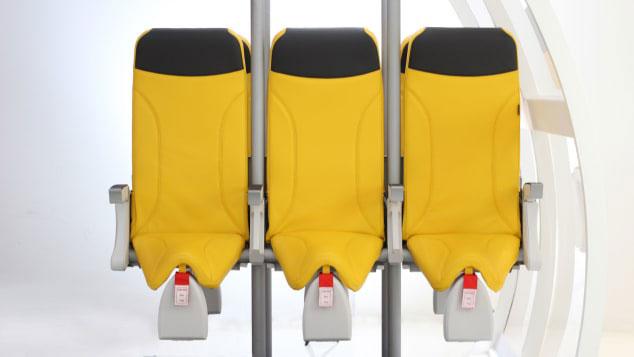 The only catch is that you’ll be pretty much standing – although you do get a small seat to rest your behind on.

Aviointeriors has highlighted that the designs could pack more people into planes with an “ultra-high density” of people on board as they take up less space than a traditional seat.

If the designs are taken up, the company claims that 20 per cent more people could be squeezed on board a plane.

The manufacturer originally pitched the idea back in 2010 but it didn’t take off. 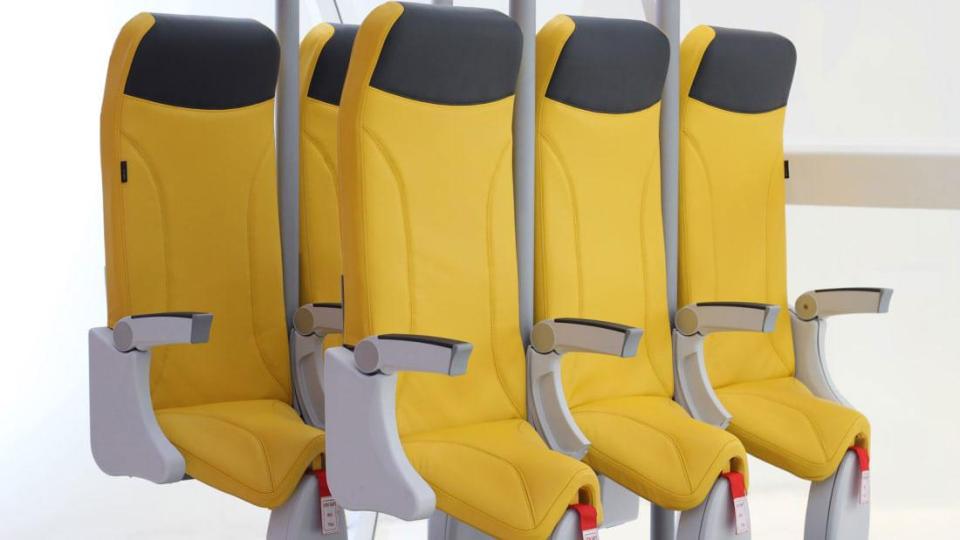 The original designs were saddle-shaped, although the new design has been updated with more padding.

A spokesperson for Aviointeriors said: “The seats ensure an increased upright passenger position, allowing installation of the seat at a reduced pitch, while maintaining an adequate comfort.

"The design of this seat enables [us] to increase the passenger number by 20 per cent allowing increasing profits for airline companies.

Aviointeriors isn't the only company which has looked at the idea of standing up on board planes. 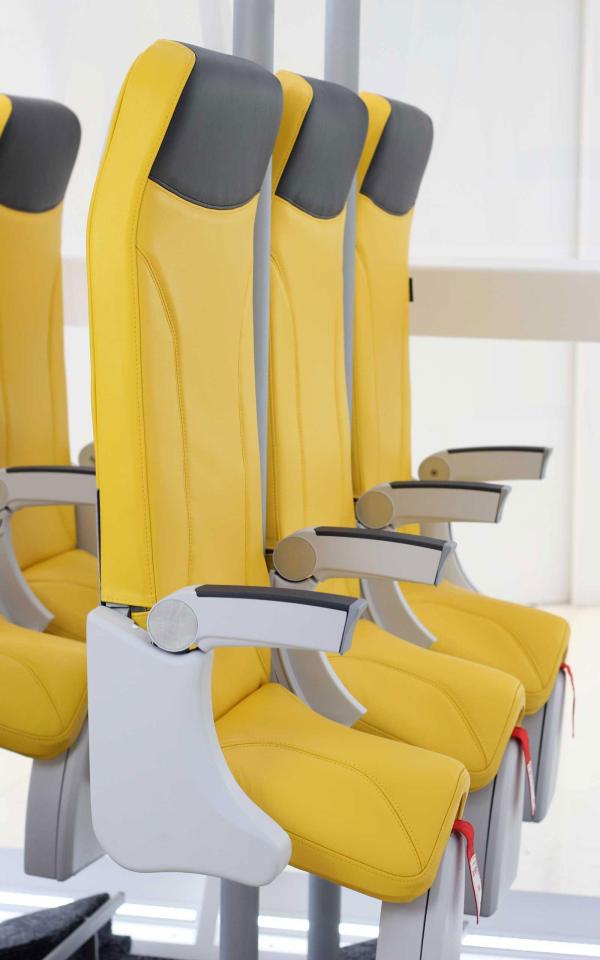 Back in June last year Colombian airline VivaColombia said that it wanted to remove seats and get people to stand – to make air travel more affordable for its poorest customers.

Founder and CEO of VivaColombia, William Shaw said: “There are people out there right now researching whether you can fly standing up – we're very interested in anything that makes travel less expensive.

"Who cares if you don't have an in-flight entertainment system for a one-hour flight?

"Who cares that there aren't marble floors… or that you don't get free peanuts?"

And back in 2010 Ryanair boss Michael O’Leary was also toying with the idea of "vertical seating".

The outspoken chief exec even suggested that seatbelts on flights were pointless because a plane is “just a b*****d bus with wings”.