THE Canary Islands are calling in extra police amid concerns over the rising number of coronavirus cases and the flouting of safety rules, including illegal parties and people ignoring the face mask rules.

The regional government is asking the security forces to step up controls on all the islands, which includes Tenerife, Lanzarote and Gran Canaria, the latter of which has the highest number of cases. 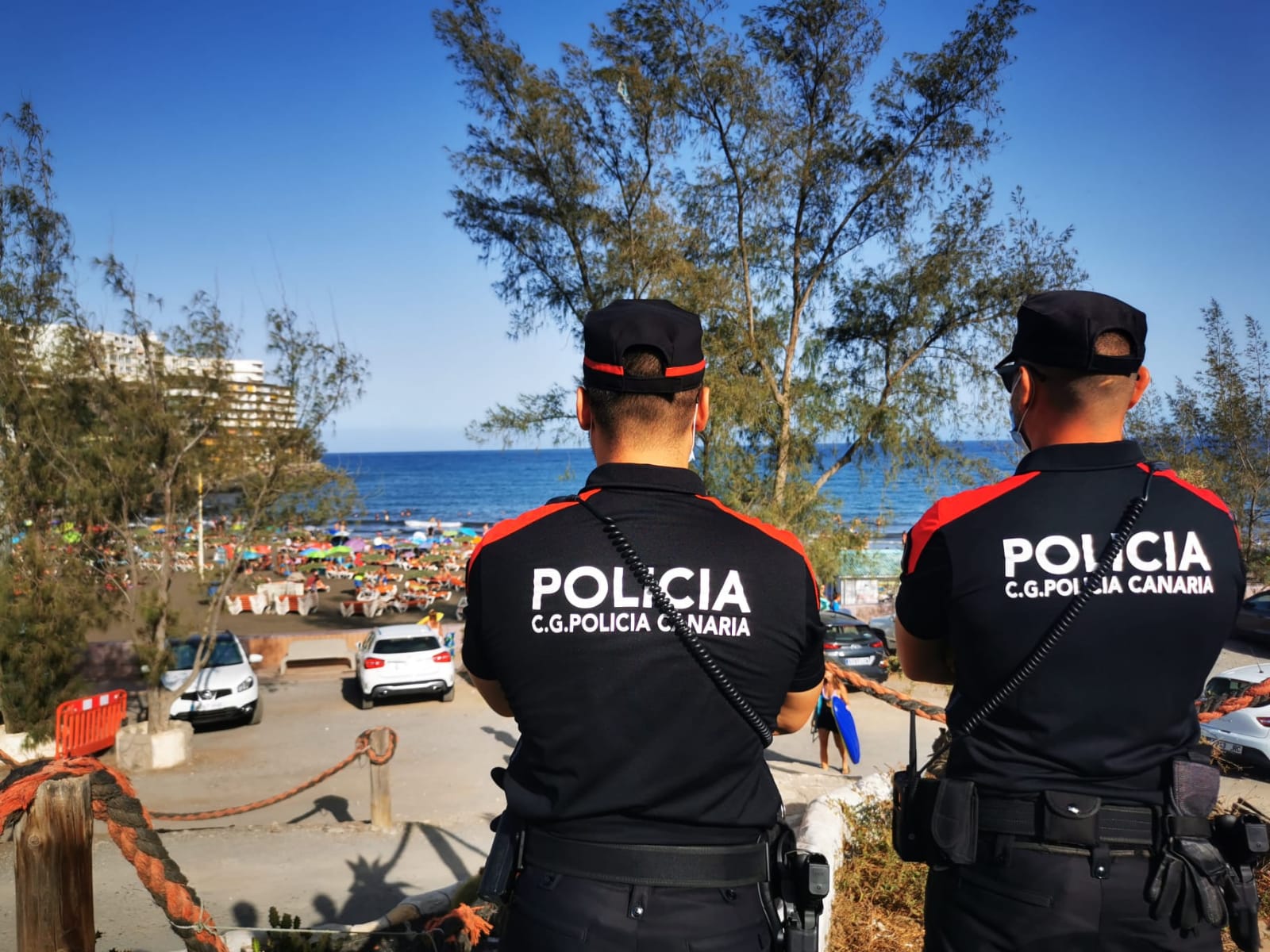 Yesterday, the owners of a pleasure boat were warned of a £5,500 fine for holding an onboard party in Mogan, in the south-west of Gran Canaria, where many of the guests were not wearing masks or observing social distancing.

Two other parties advertised on the social networks were also banned.

Spain has 420,809 overall cases, the highest in Europe, while the Canaries have had nearly 5,000 since the crisis began.

Health chiefs say there have been 2,031 infections in the last 15 days, representing a cumulative incidence of 94.32 cases diagnosed per 100,000 inhabitants, while in the last seven days there are 1,282 cases in the islands, with an incidence of 59.53.

Both of these put the islands well over the UK's rate of 20 – countries above this are at risk of being put onto the quarantine list. 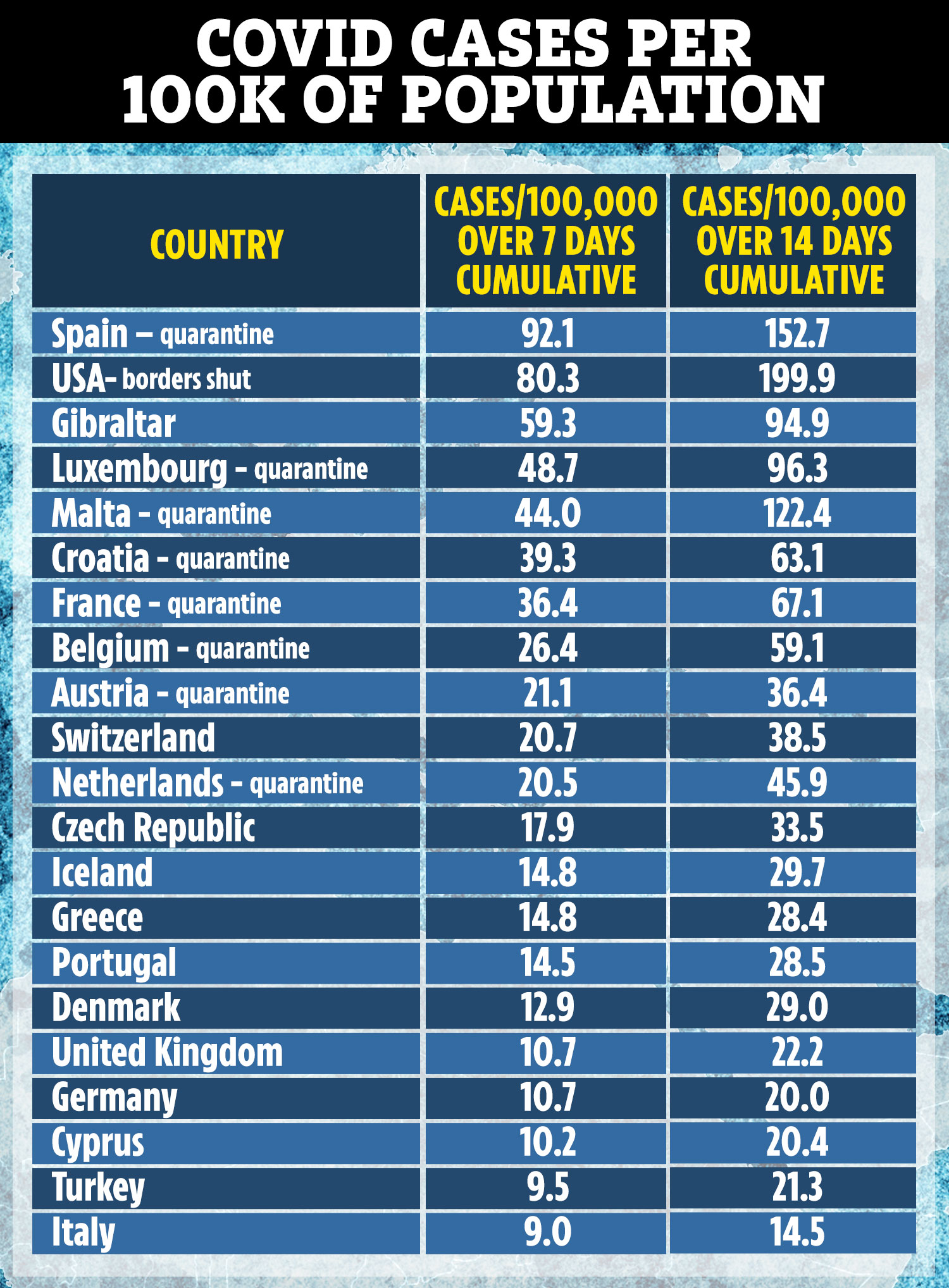 Canary president, Ángel Víctor Torres yesterday chaired a meeting of the emergency committee when it was agreed to "strengthen the staff of the state security forces and increase surveillance to prevent contagions."

The Canary Islands are battling to get British holidaymakers back and to persuade the UK government to lift its 14-day quarantine ban when they return from Spain.

But efforts are being hampered by new outbreaks of coronavirus.

One of the latest is on the quiet island of El Hierro where 30 people have been isolated whilst awaiting test results following their contact with two positives.

In the space of 24 hours from Sunday to Monday, the Canaries registered 136 new cases and there has been one new death in the last week, bringing the total to 168 since the pandemic began in Spain. 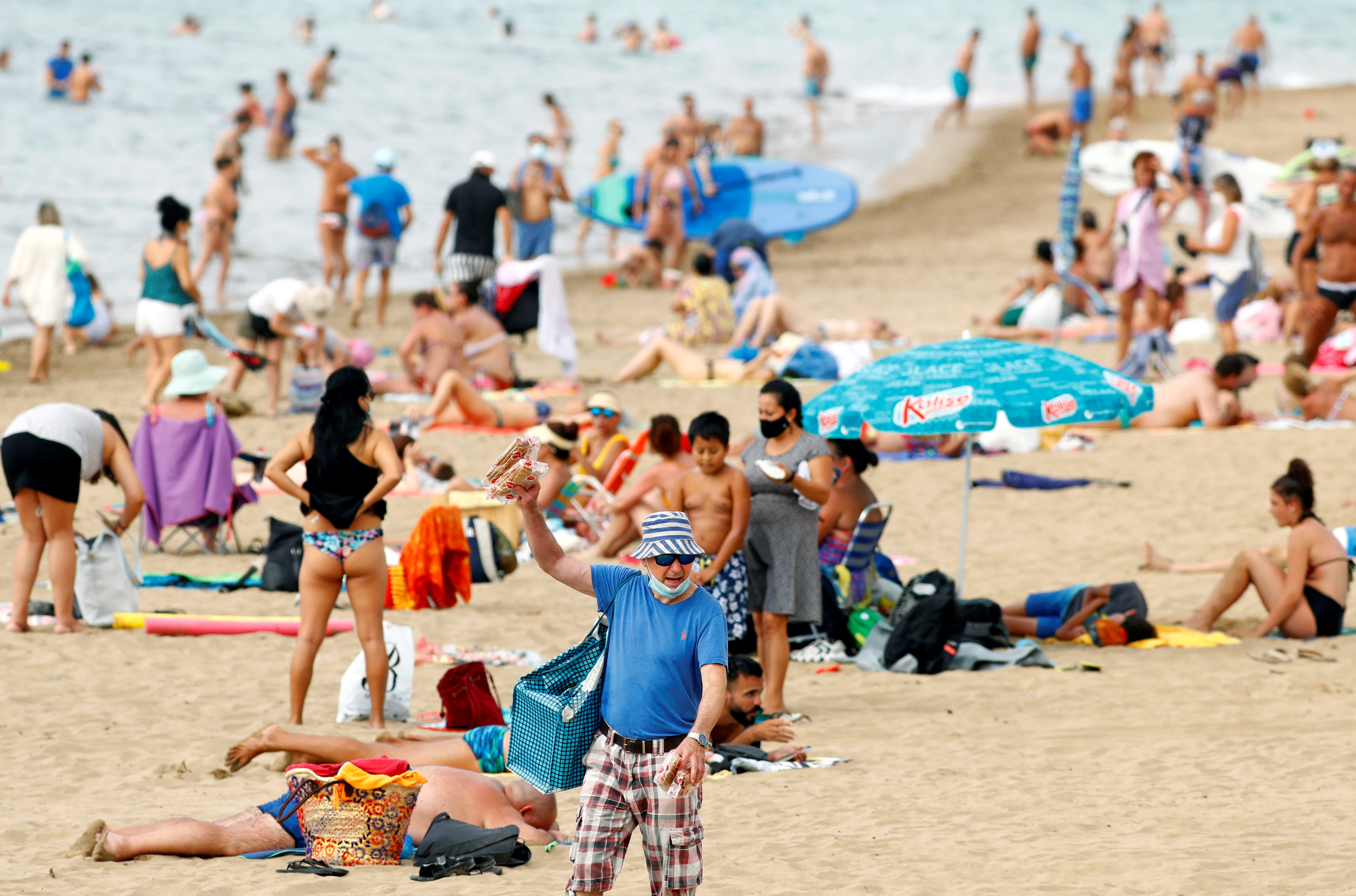 Of the new positive cases within one day, Gran Canaria accounted for 89, followed by Tenerife (29),  Lanzarote (15), Fuerteventura (one) and El Hierro (four).

This is also a severe setback for the tourist interests of the archipelago as 50 was the window set as the "safe point" by several countries wanting to send tourists to the islands.

Thousands of coronavirus tests are being carried out throughout the Canaries which will have contributed to the increased figures and nearly 160 trackers are working to find contacts with all new positive cases.

But island leaders are expressing concerns that not everyone is sticking to the rules and wants to clampdown on people who don't wear masks, flout social distancing and insist on attending illegal parties.

The Canaries have also adopted new rules with effect from August 14 which are being applied across Spain.

These include the closure of all nightclubs and 1am curfews for pubs and restaurants, together with a ban on smoking in public place unless a distance of two metres can be guaranteed.

Police in the tourist south of Tenerife have already been stepping up night-time patrols, especially on a Friday and Saturday in nightlife areas. Last weekend, 22 premises were reported for not complying with coronavirus safety rules.

And in the north of the island in the capital of Santa Cruz, dozens of fines are being handed out for non-compliance of the mask regulations.

The Canary Islands have been pressing for months for coronavirus tests to be carried out on tourists before they leave the airport in their own country and on arrival at their destination and hoteliers even offered to pay.