A CARAVAN holiday in the UK is now on the bucket list for many families who have been unable to head abroad this year – and some have decided to buy their own to do up themselves during the Covid lockdown.

Some cost as little as £198 to DIY. Here are the best caravan conversions to take inspiration from for your next staycation. 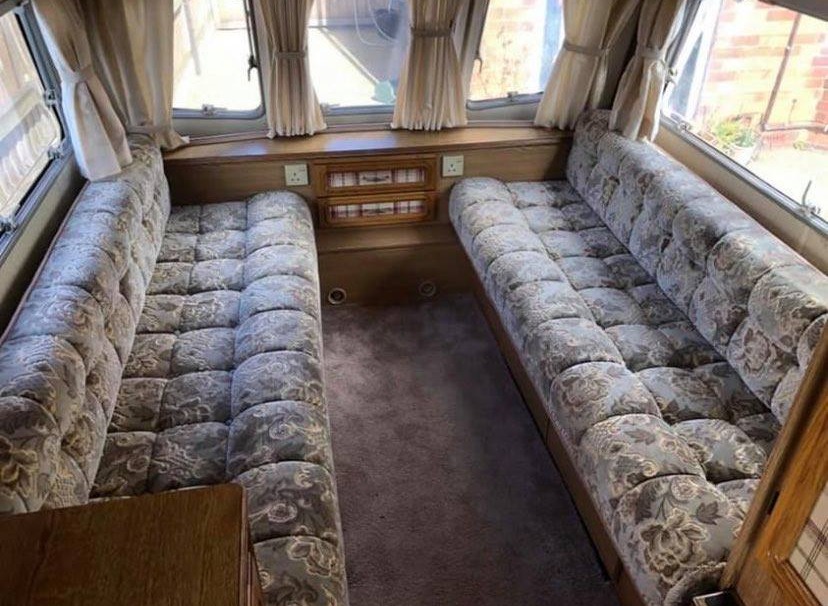 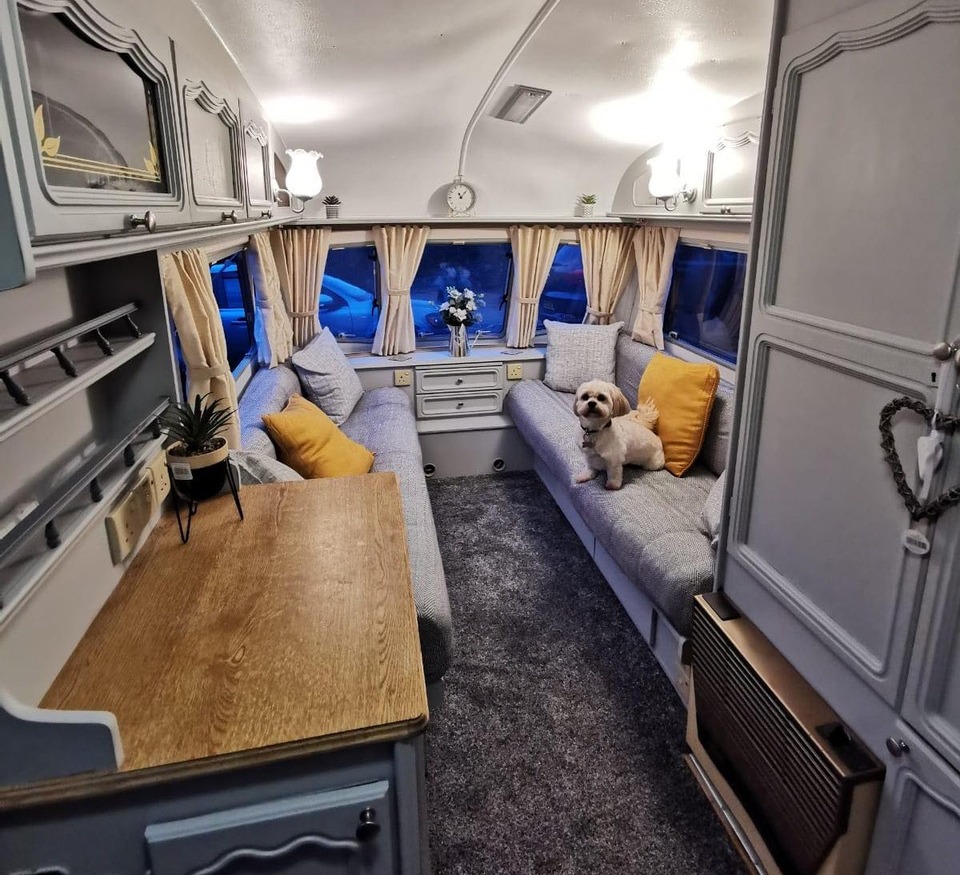 Vicky Hibberd, 25, a primary school teacher from Stoke on Trent, managed to snap up a bargain caravan from Facebook Marketplace for £750, and set about transforming it herself.

Vicky managed to totally transform it in just five days for a bargain £198.

She explained: "I used two tins of Frenchic Swanky Pants, which cost £18 each, and one tin of Frenchic Dazzle Me for £18. I bought new handles from Amazon for £25 for 20.

“The accessories are from B&M and The Range and cost around £80 – I bought throws for the seats, cushions and fake plants. I also bought a carpet off-cut for £19 from Carpetright.

“Transforming the caravan cost £198 in total. I am absolutely over the moon with it. It’s not perfect, I’ve still got some bits and bobs to do, like recovering the seats and putting in new curtains, but I’m currently on holiday in our little home from home and it’s fabulous!"

Shannon Lott, 32, from Australia, purchased a caravan for £2,490 last July to use as a holiday home with her two kids, and spent just £230 doing it up.

She praised retailer Kmart for her extensive makeover – where she purchased ‘ridiculously cheap’ decor and 11 vinyl wrap rolls costing £18.15  to ‘spruce up’ the dated 1987 caravan.

The stay-at-home mum is currently living in the mobile home with her children Teva, 14 and Isla, three and they couldn’t be happier.

Shannon from Melbourne, said: "I spent eight hours a day for three days in July transforming the caravan into a liveable and modern space.

"I am impressed with how good the vinyl wrap paper looks – even after six months, it hasn’t moved." 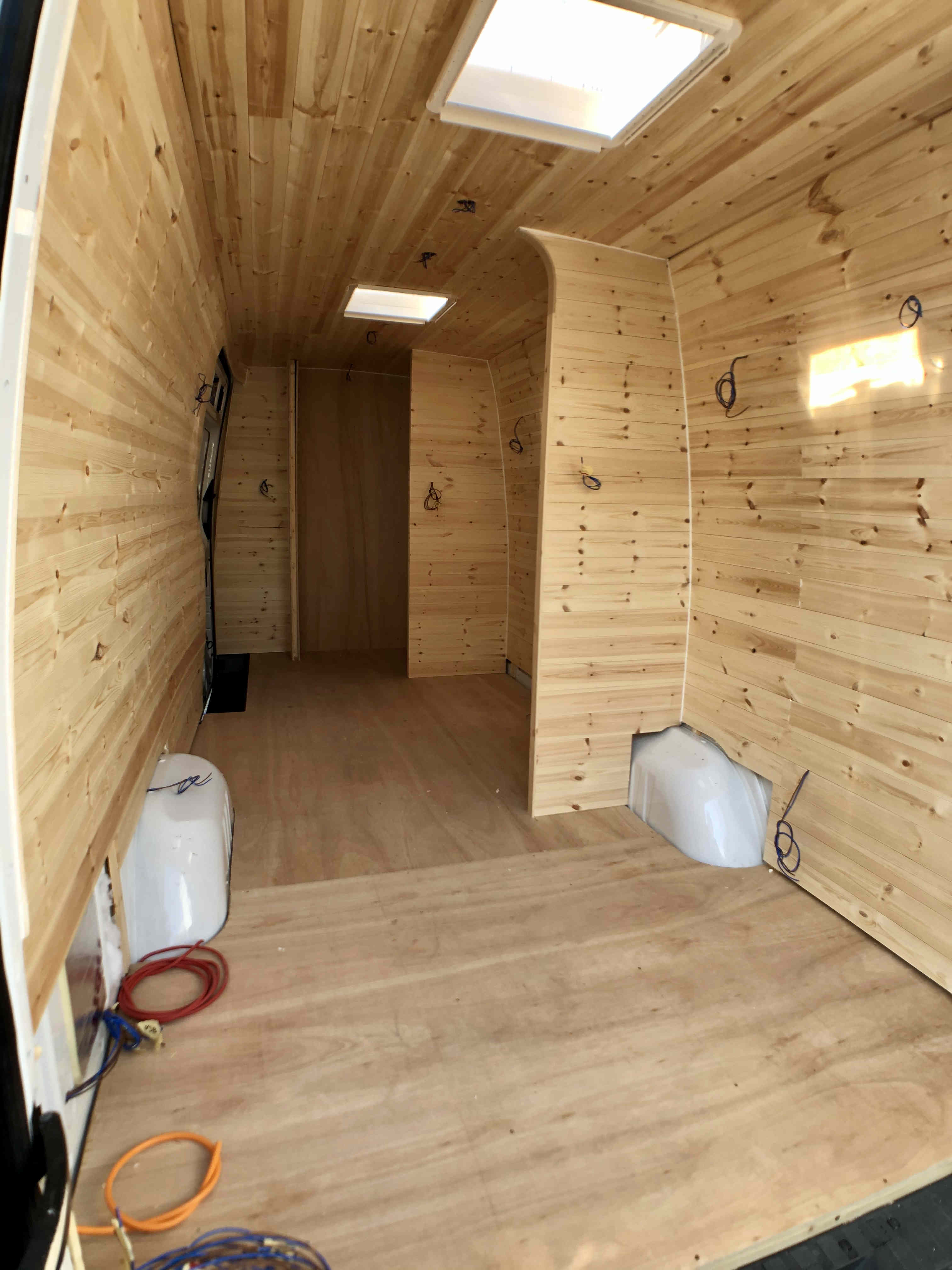 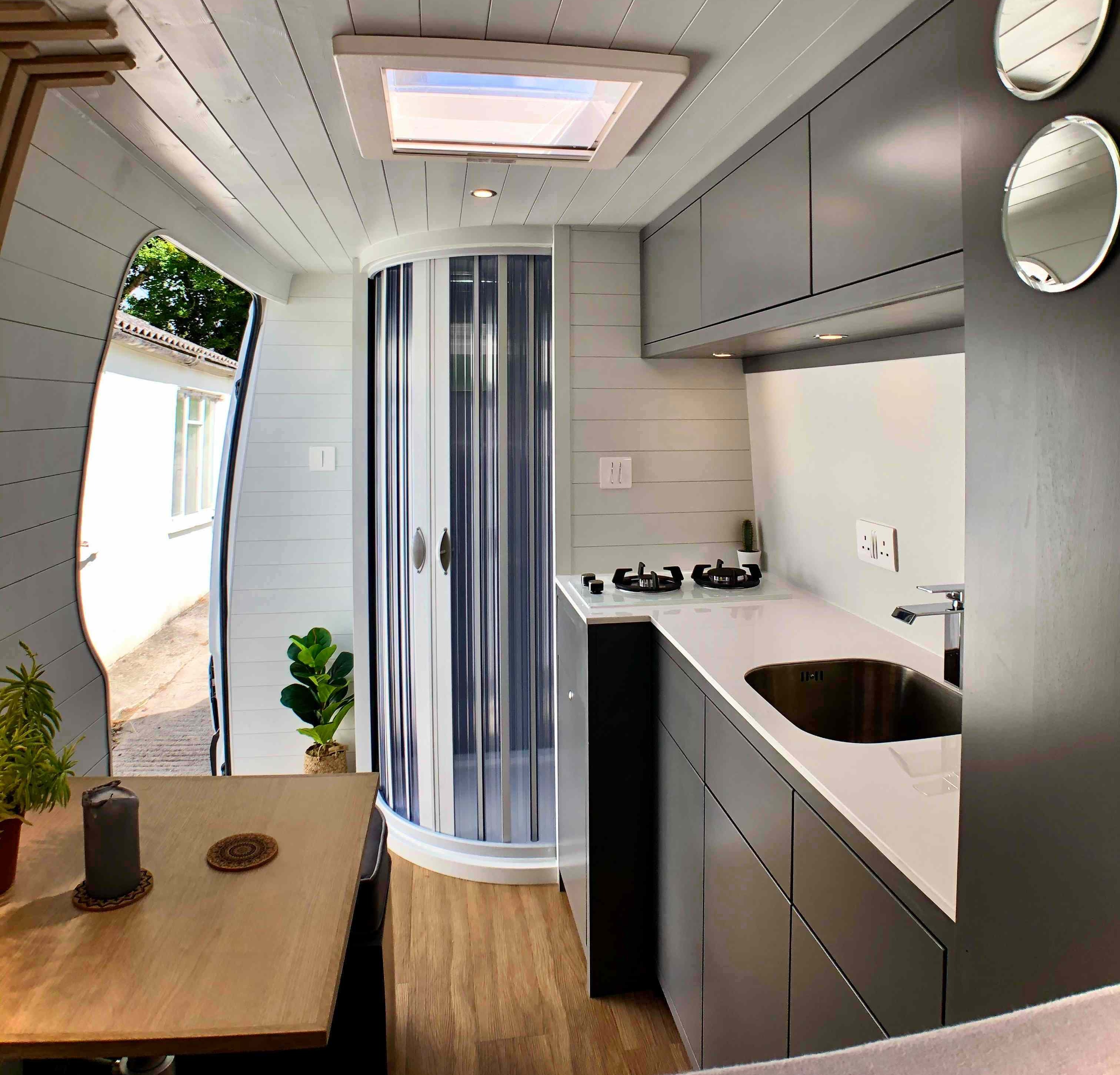 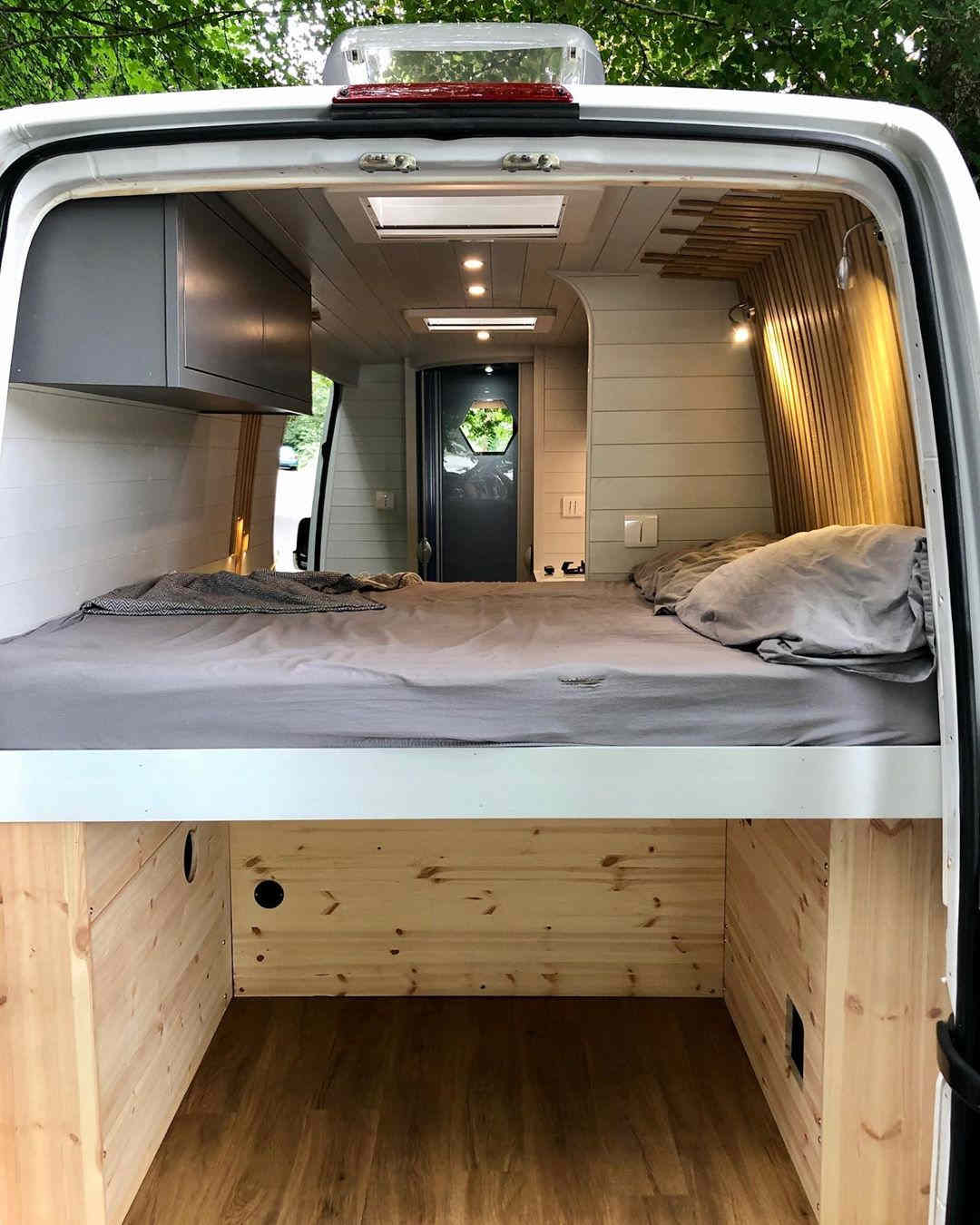 From the outside it appears as if it’s a bog-standard builder’s van, but inside is a perfectly-fitted living area, with a boiler that powers the shower and sink, a stylish dining table and double bed.

Daryl has shunned the traditional VW Camper-style, instead giving his van a modern twist.

He said using a builder’s white van was perfect for his high-spec interior.

He said: “The white vans are a great size – you can fit everything you need in them and the fact they are essentially builders’ vans means they are quite stealthy.

“On the inside it is beautiful, it is a home on wheels.” 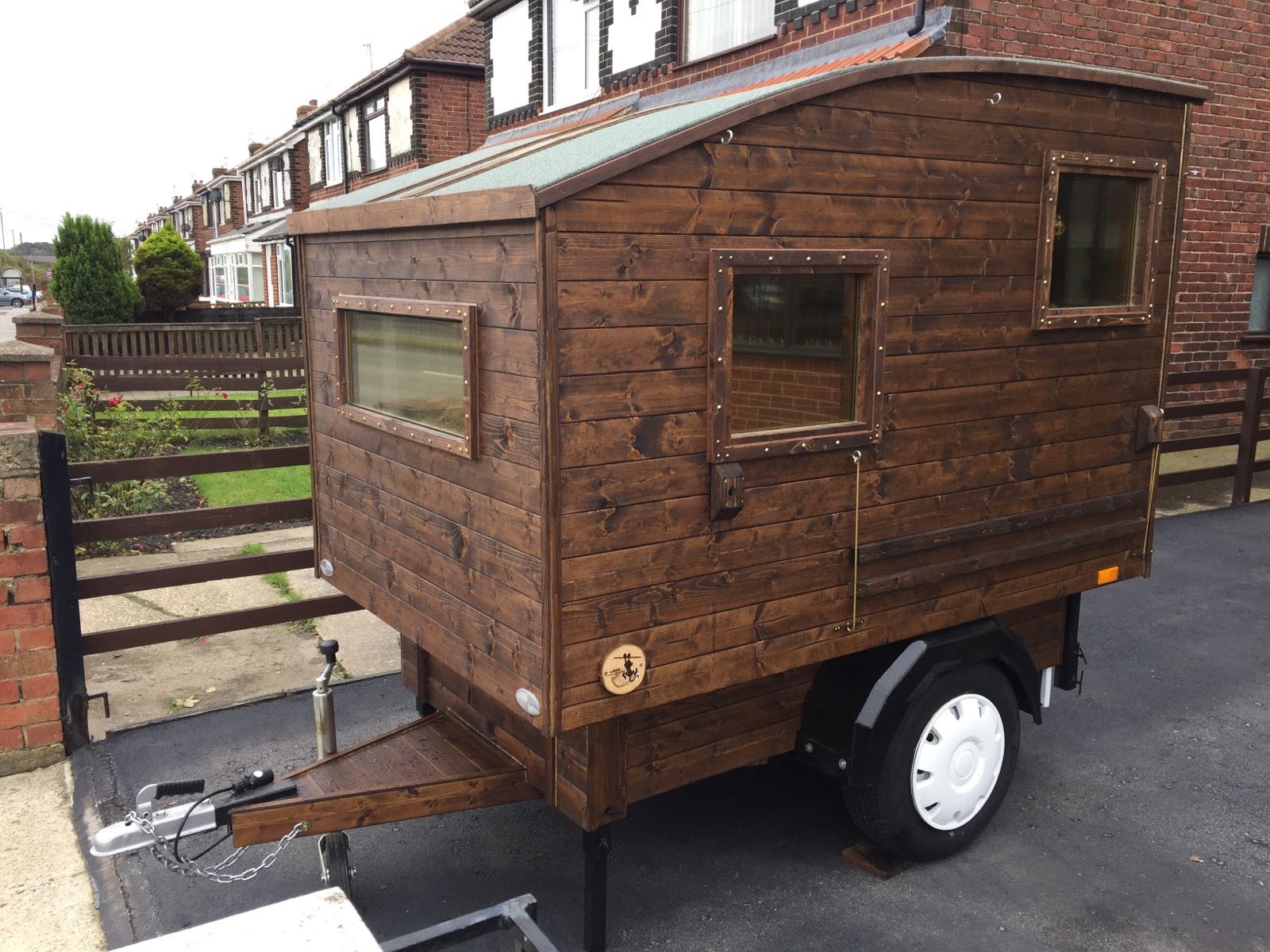 Sun reader Tracey Hetherington, 53, paid just over £2,000 to have her bespoke caravan — which measures 6ft long and 5ft wide — built from scratch by brother-in-law David Deluce, 47.

She spent just £200 putting her stamp on the interior, picking up bargain buys from B&M, Poundland, eBay and at local car boot sales.

As the project came together, Tracey started shopping for furnishings and used cash-saving shortcuts.

She says: "The lights came from B&M and I used eBay and Amazon for the small touches like a print on the wall and a decorative surfboard.

“The crochet wheel covers came from a local summer fair and cost £10 each. I used an iron-on webbing from Poundland to hem the curtains, and a friend made the seating covers. My sister did the cushion covers.

“For the floor, I bought a roll of silver tile-effect lino from eBay which I put down during winter because it wipes clean.

“In summer, I swap it for artificial grass which was leftovers from another friend’s garden project. 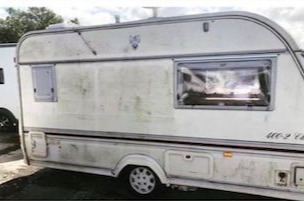 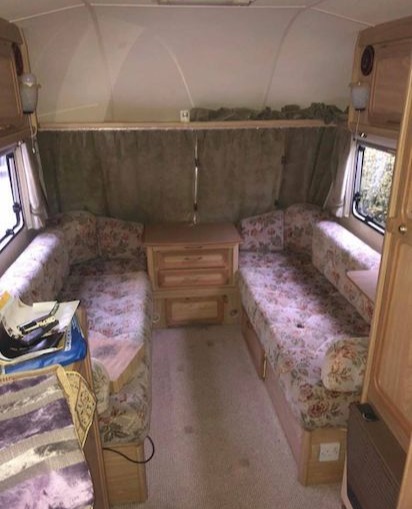 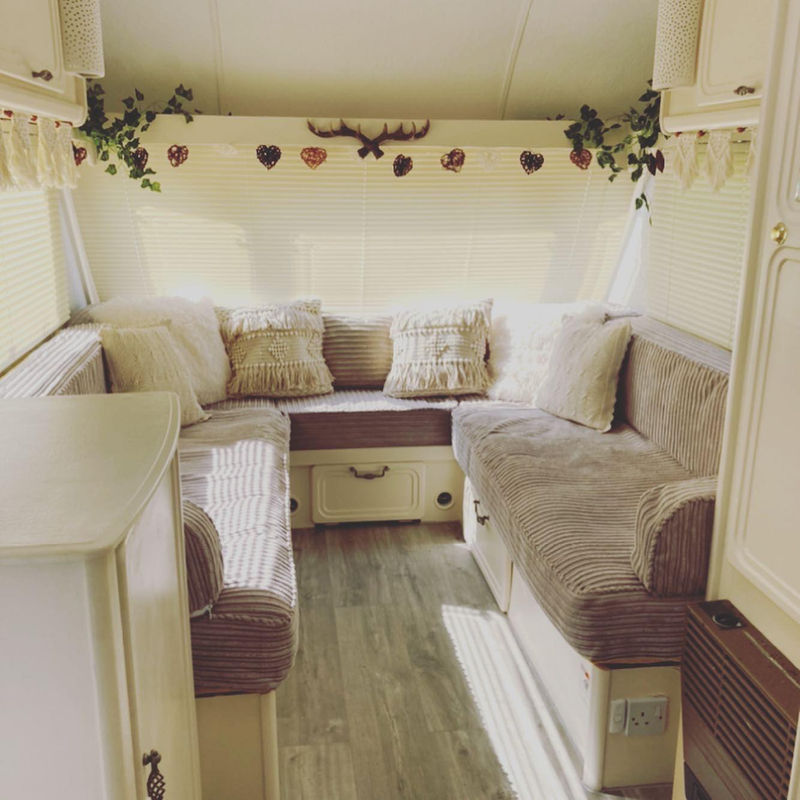 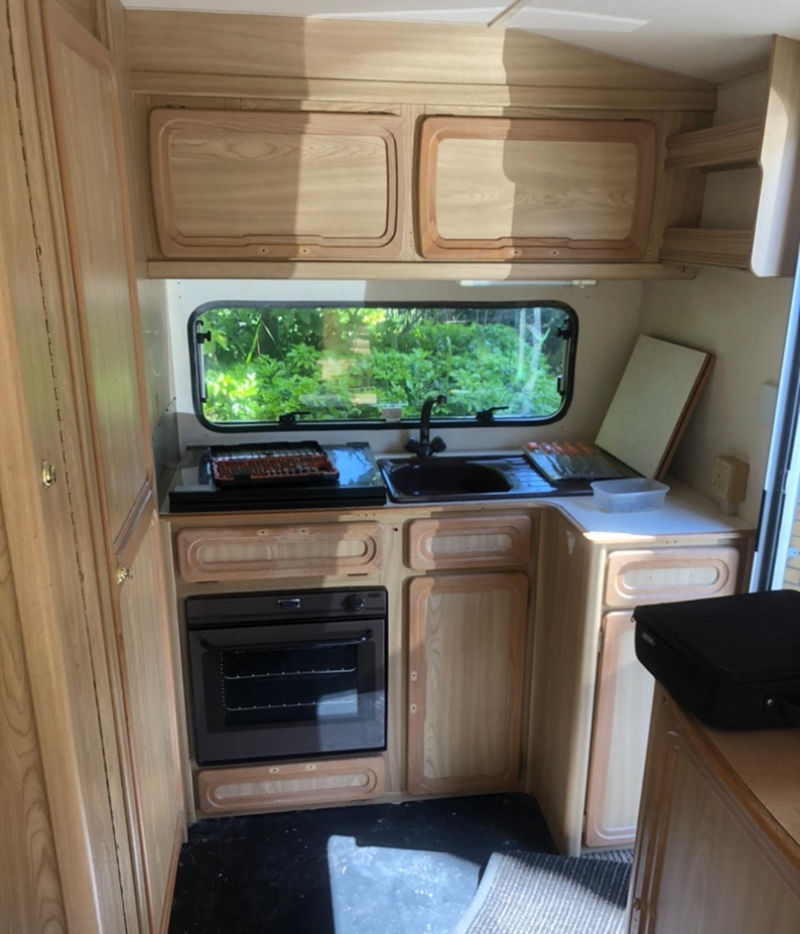 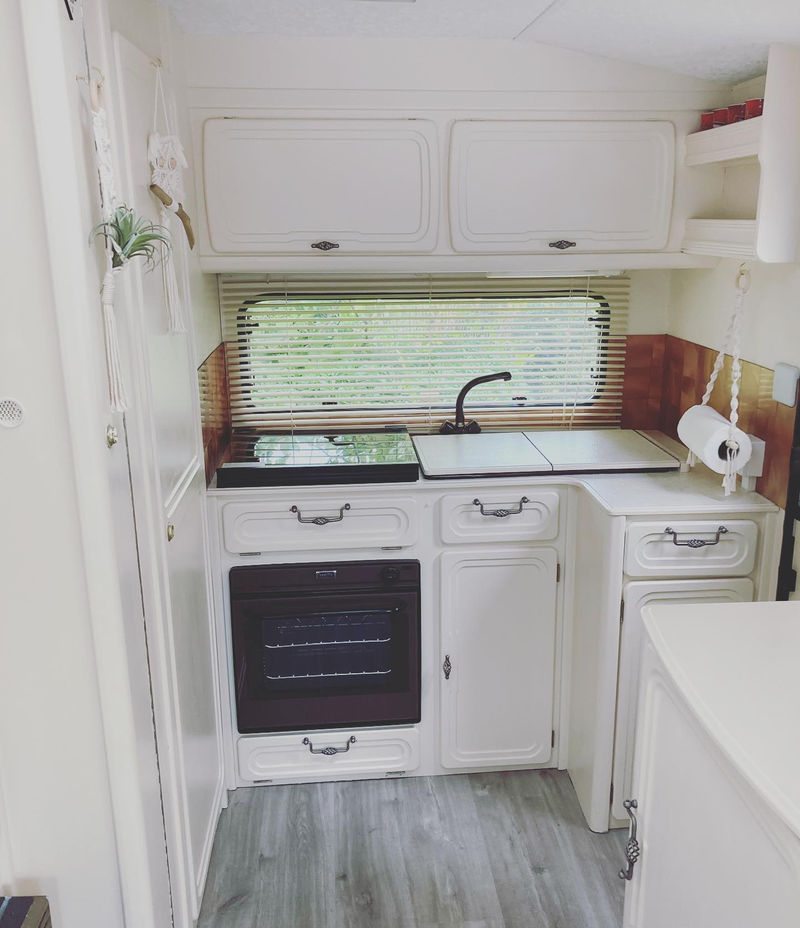 She said: "It needed heaps of TLC and we were just the right people to do that. With Mark's building expertise and my flair for interiors we put our heads together and started the renovations.

“We spent around £1,700 in total on the purchase and doing it up. It took eight weeks.

"It was such an achievement to be able to say 'we have done all this work ourselves and made it our own' rather than spending thousands of pounds that we don’t have on a brand new, all-singing, all-dancing caravan that is generic in colour and specification and not how we would have wanted it.

Melanie said "it’s our home from home" and said while it might not be to everybody’s taste, they love it – especially since they saved around £20k, which is how much a new two-berth Lunar Clubman costs.

Even Stacey Solomon has caught the caravan bug, paying £50,000 for her own model before giving it a makeover.

Here are some of the most beautiful caravan spots you can head to in the UK this year.