THERE'S nothing more festive than a Christmas market – especially if you can visit one abroad.

Sun Online has rounded up the best cheap Christmas market destinations out there in Europe – UK and further afield – which won’t break the bank at one of the most expensive times of the year. 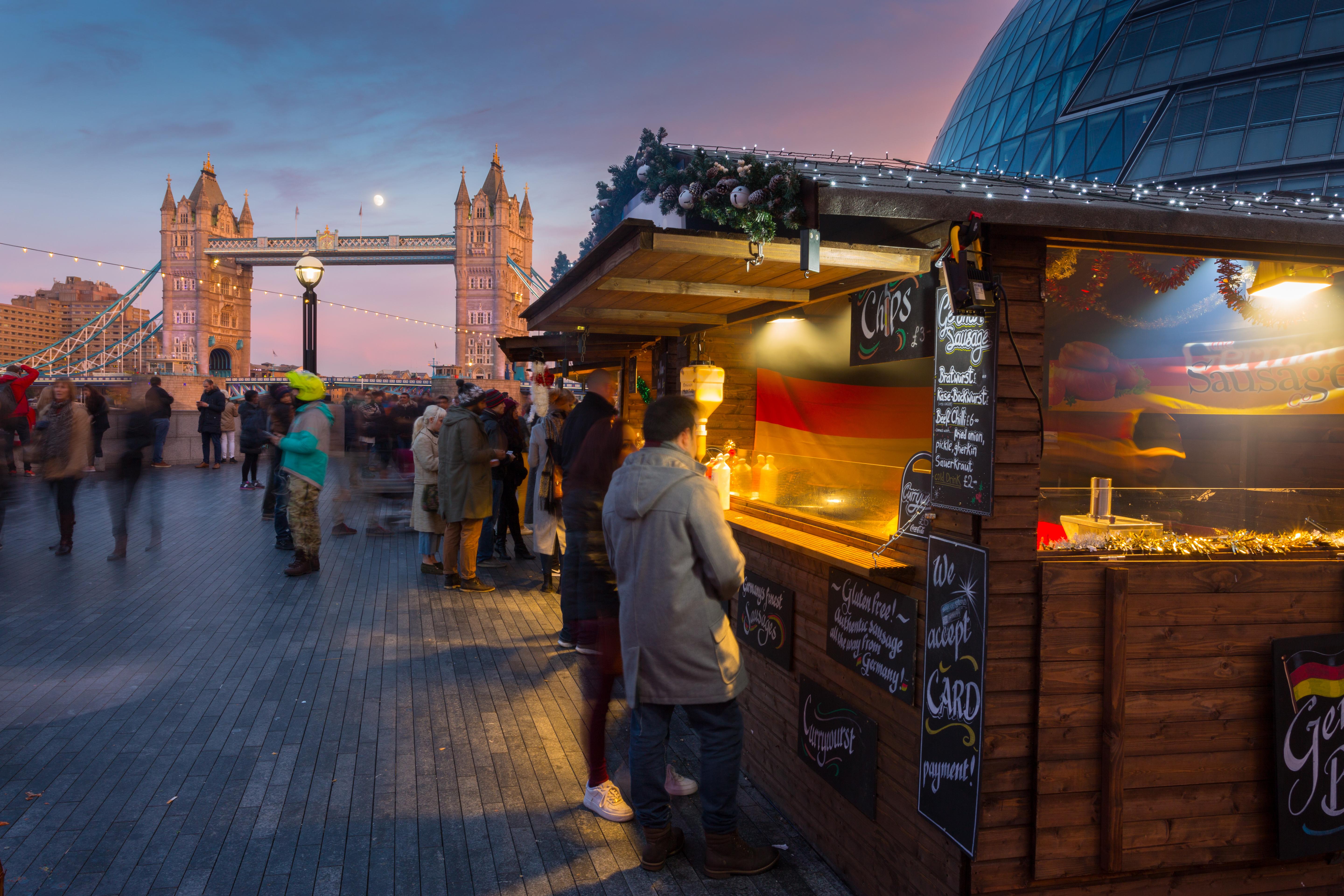 The German capital has many different Christmas markets – and is also one of the more affordable cities for a weekend away in Europe.

Check out the Weihnachtszeit at Roten Rathaus, which is one of the most famous Christmas markets in Berlin and is located in the centre of the city by Alexanderplatz.

It has serves up traditional gluhwein, a type of mulled wine, and also has a huge 164-foot Ferris wheel. 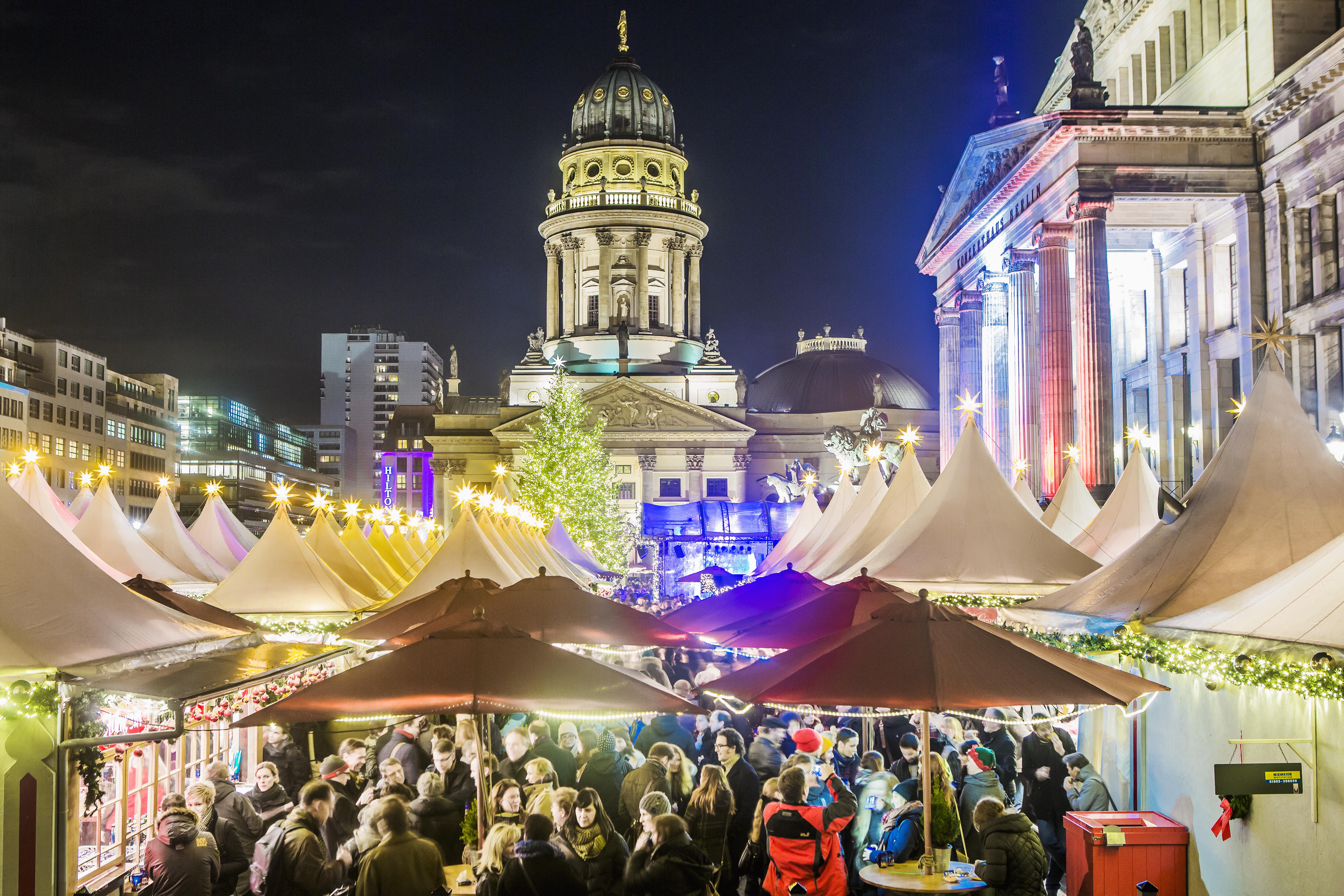 Popular with kids, there’s also an ice skating rink as well as a small farm.

Or there’s Weihnachtszauber at the Gendarmenmarkt, which is next to historic buildings such as the Deutsche Dom and the Konzerthaus.

This market is known for its glassware, candles and jewellery.

The markets runs from the end of November until early January.

Fly direct to Berlin from London Stansted on Ryanair from £33 return in December. Click here to book.

Stay at the Selina Berlin West for £60 for two nights in December. Click here to book. 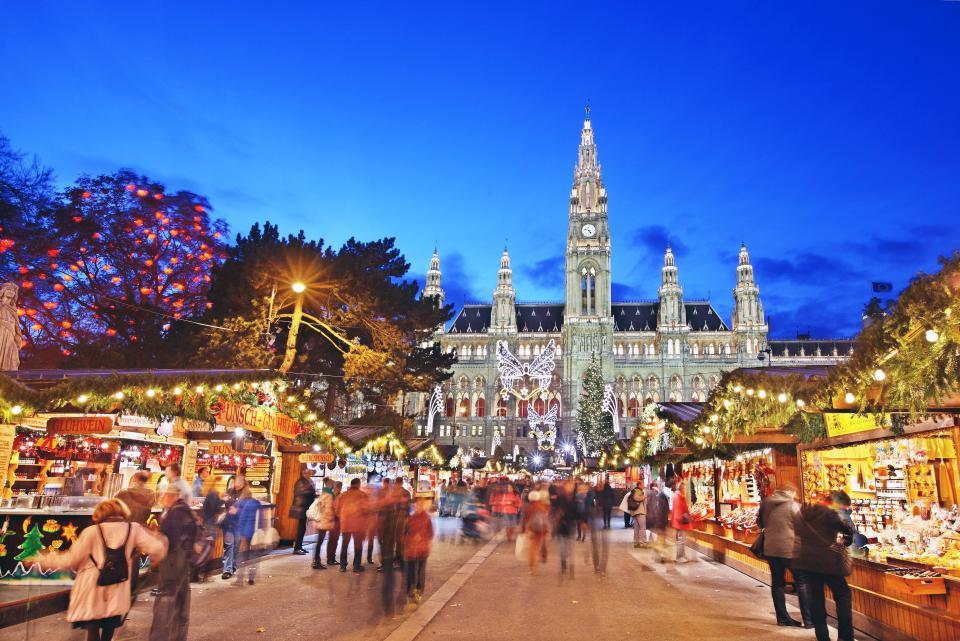 Krakow is also one of the cheapest cities in Europe for a weekend break – and is also huge in the Christmas market scene.

Its traditional streets are a winter wonderland in the snow, and then there’s the market square with its market.

Located next to St Mary’s Basilica, the square is decorated with hundreds of fairy lights.

There you will find live performances of plays as well as live music.

Polish Christmas Eve is a special affair when Poles eat 12 different dishes, such as dumplings, mushroom soup and gingerbread that you can try at the market.

Another speciality is the stalls which sell gifts, toys and decorations made from wood.

The market runs from November 30 until December 26.

Fly direct to Krakow from Bristol on Ryanair for £60 return in December. Click here to book.

Stay at 2 Nights Apartments for £61 per room for two nights in December. Click here to book. 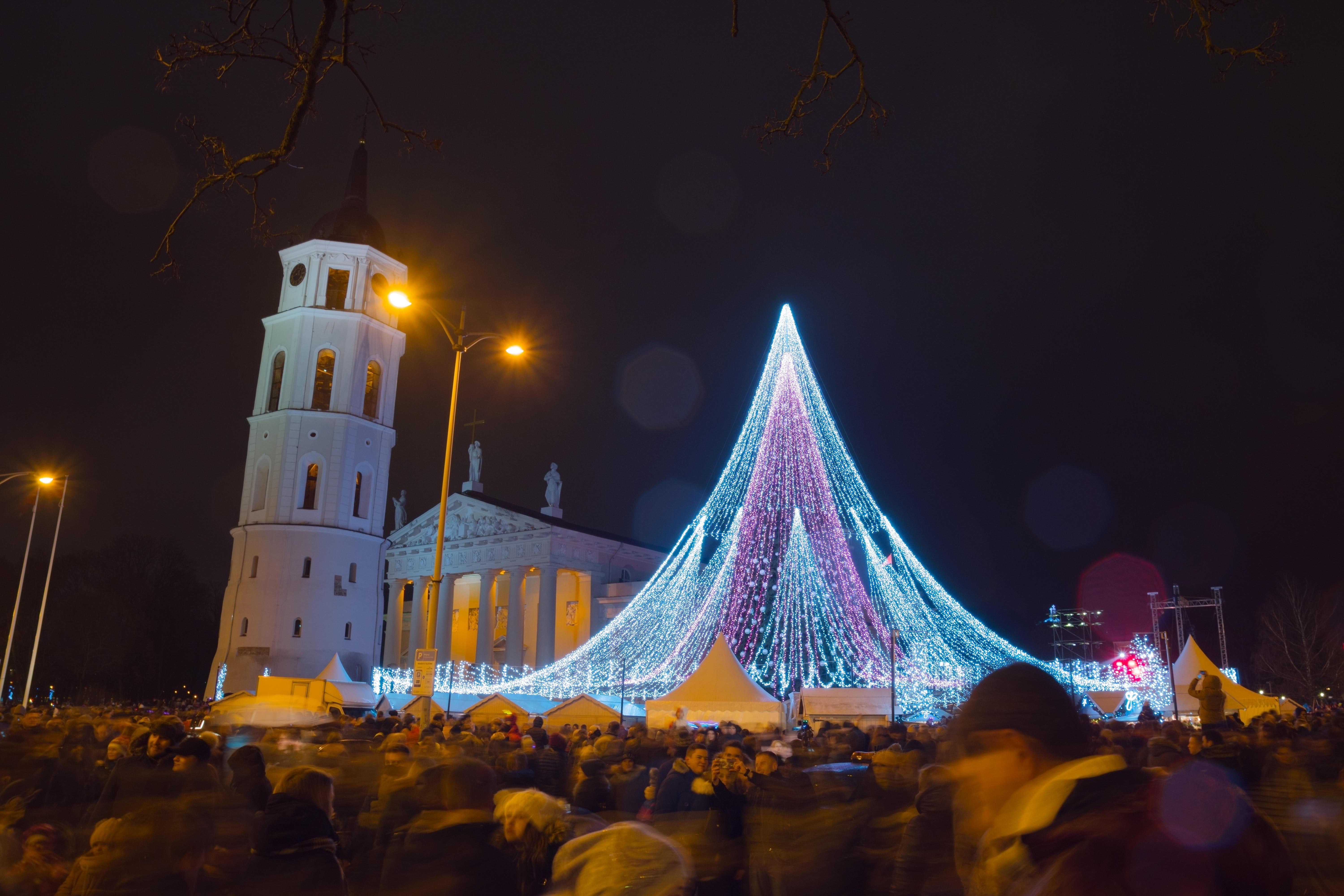 Another Eastern European country that’s very cheap to stay in is Vilnius, the Lithuanian capital, which was recently found to be the cheapest city for a weekend break in Europe.

Once you get to the city, expect grand churches and lots of them – the city has 28 of them in its Old Town alone.

The city’s biggest Christmas market is in the Cathedral Square, which has a huge lit-up tree and many sparkling lights.

Make sure to try staples from the market such as pastries, mulled wine and herbal tea.

Sweet chestnuts, gingerbread and freshly baked bread are also on the menu.

The market has 24 different stalls selling ceramics, glass and jewellery.

Make sure to take a ride on the city’s Christmas Train, which runs through the streets of the old town and round the city to delight little ones.

The market runs from December 1 – January 7.

Fly direct from London Stansted to Vilnius from £32 with Ryanair and Wizz Air in December. Book here.

Stay at New Town Hotel for two nights for £63 in December. Book here. 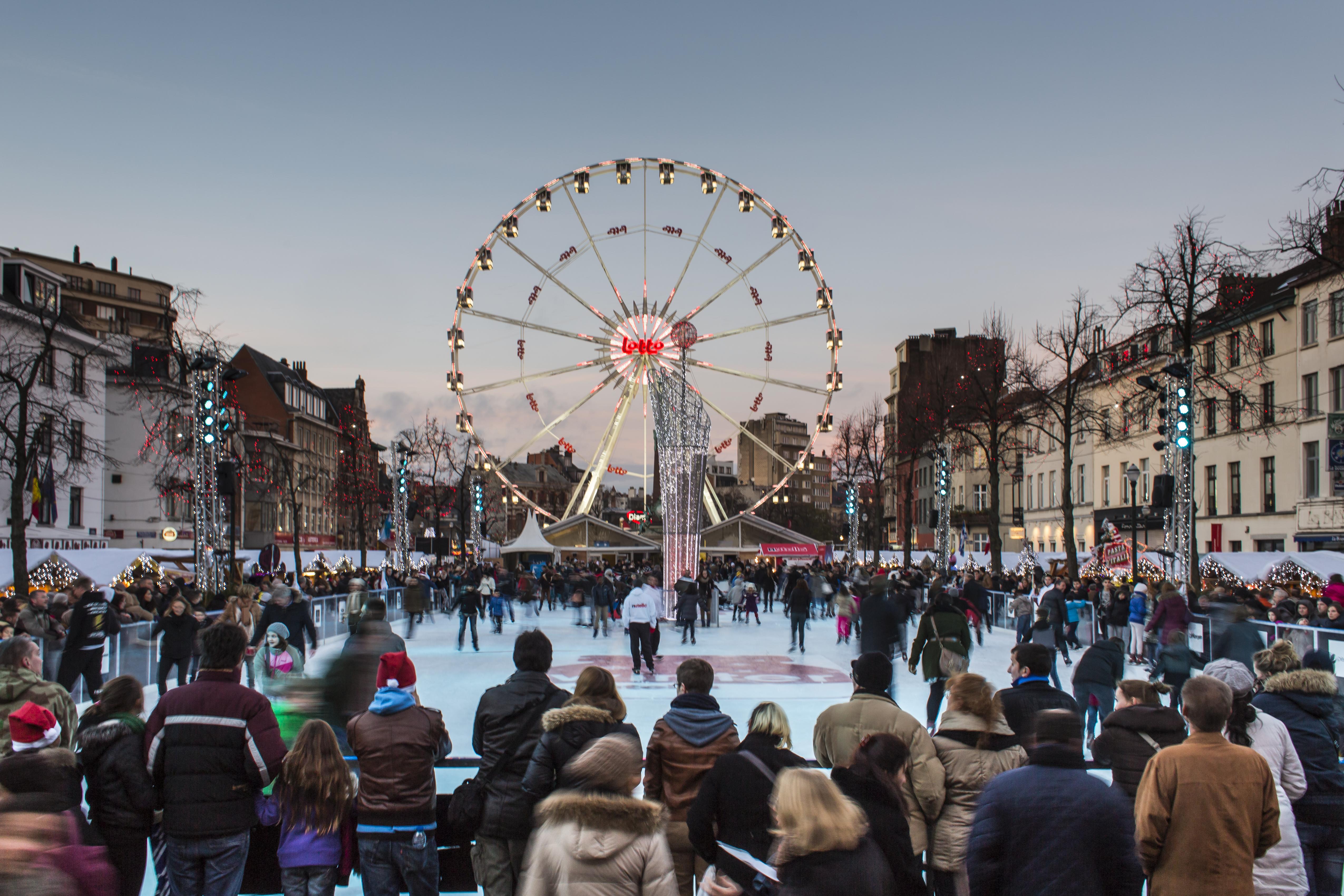 Brussels is also affordable in terms of weekend breaks and was recently found to be the fourth cheapest city for a hotel by Trivago.

Check out the Winter Wonders Christmas market, which has around 200 chalets at Plaisirs d’Hiver.

Each chalet hosts a different bar, shop or food stall.

Try traditional Belgian waffles, mulled wine or tartiflettes, a potato and cheese dish that originated in the Alps.

The market also has its own fairground with a Ferris wheel and a covered ice rink for skating at the Place de la Monnaie.

The dates of the market are November 30 – January 6.

Fly direct from Edinburgh to Brussels from £30 return on Ryanair in December. Click here to book.

Stay at the three star Helmet Hotel for £103 per room for two nights. Click here to book. 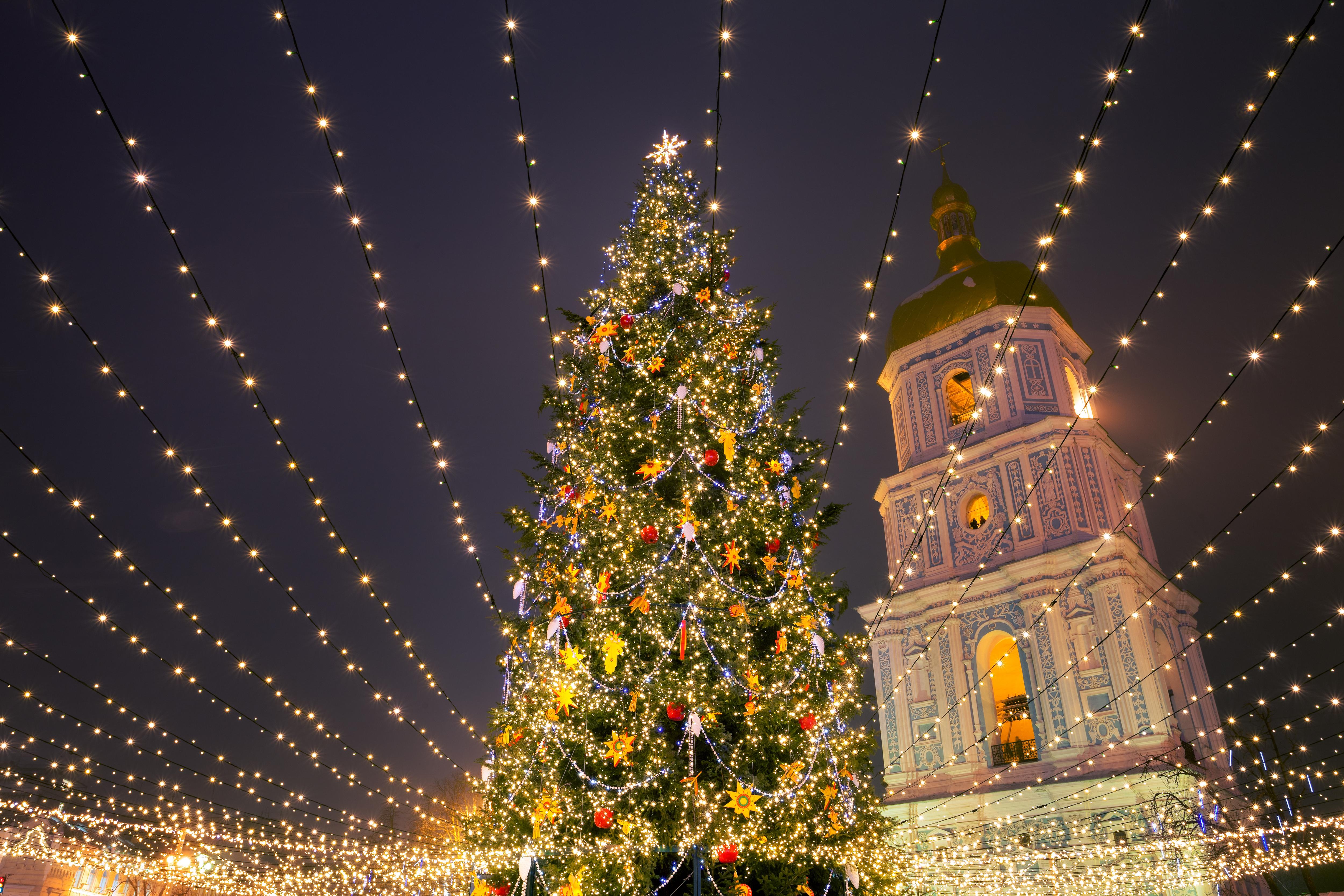 Bulgaria is another destination that has become increasingly popular with Brits this year because of how affordable it is and was announced as the cheapest place for Brits to head for a family holiday earlier this year by M&S Bank.

Sofia’s Christmas Market, referred to as Kolidariya or Koledaria, is held in Borisova Gradina Park and runs from November 23 until early January,

The market is also known for its range of sausages from all around the world, including the traditional German type.

Fly direct from London Stansted to Sofia with Ryanair and Wizz Air from £35 return in December. Click here to book.

Stay at the 5 Vintage Guest House in central Sofia for £89 for two people for two nights. Click here to book. 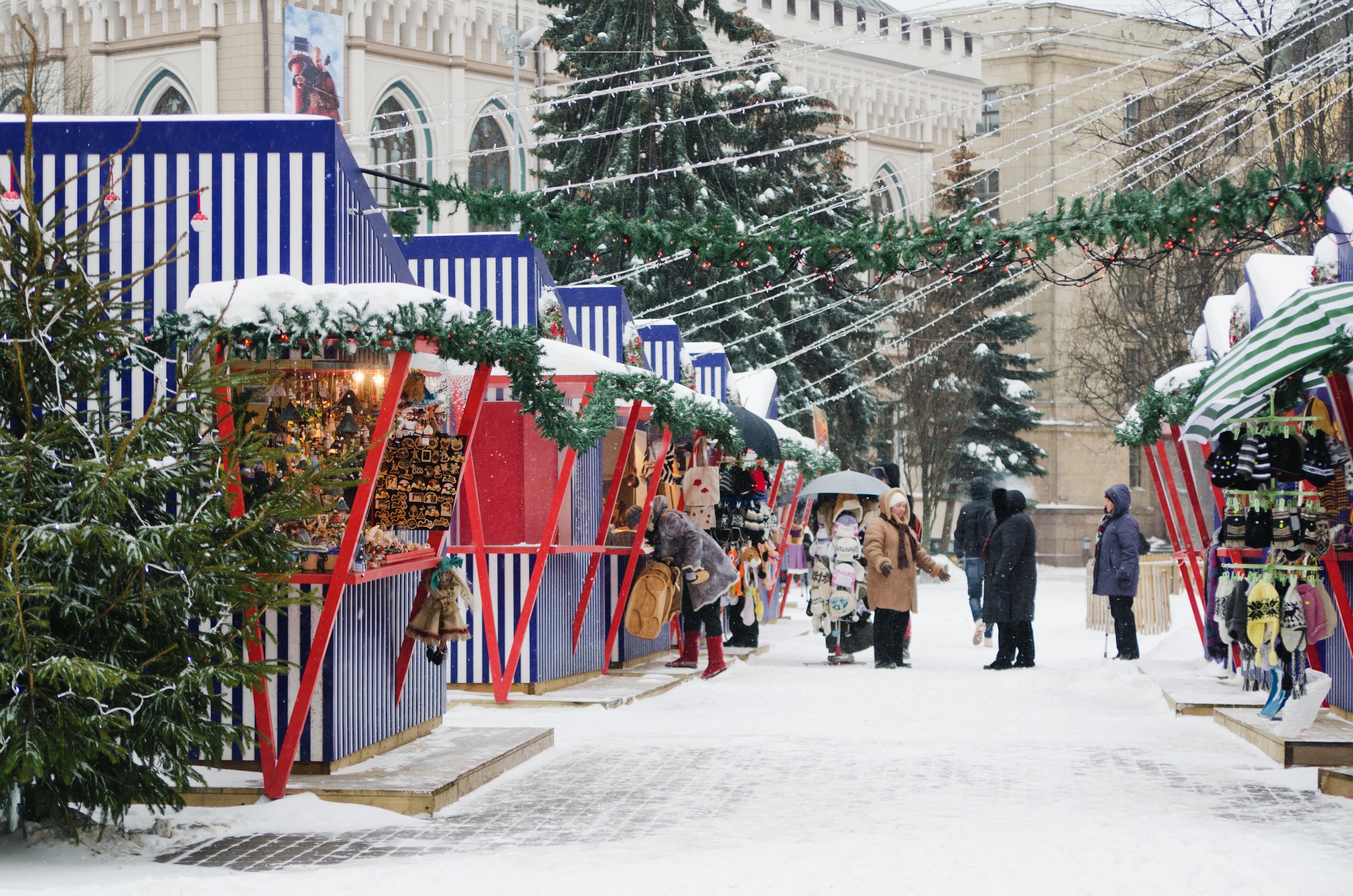 The Latvian capital of Riga is an ideal place for Yuletide celebrations as it’s the place where the world’s first Christmas tree was put up back in 1510.

There you’ll find all sorts of woollen goods, such as hats, mittens and scarves, which will make ideal presents.

It’s also worth buying a jar of Latvian honey if you can.

Choirs and bands will be performing, and Santa is on hand to entertain the kids.

The market runs from November 30 until January 6.

Fly direct from London Stansted to Riga with Ryanair and Wizz Air in December from £37 return. Click here to book.

Stay at the four-star Rixwell Elefant Hotel from £68 for two people for two nights with breakfast. Click here to book. 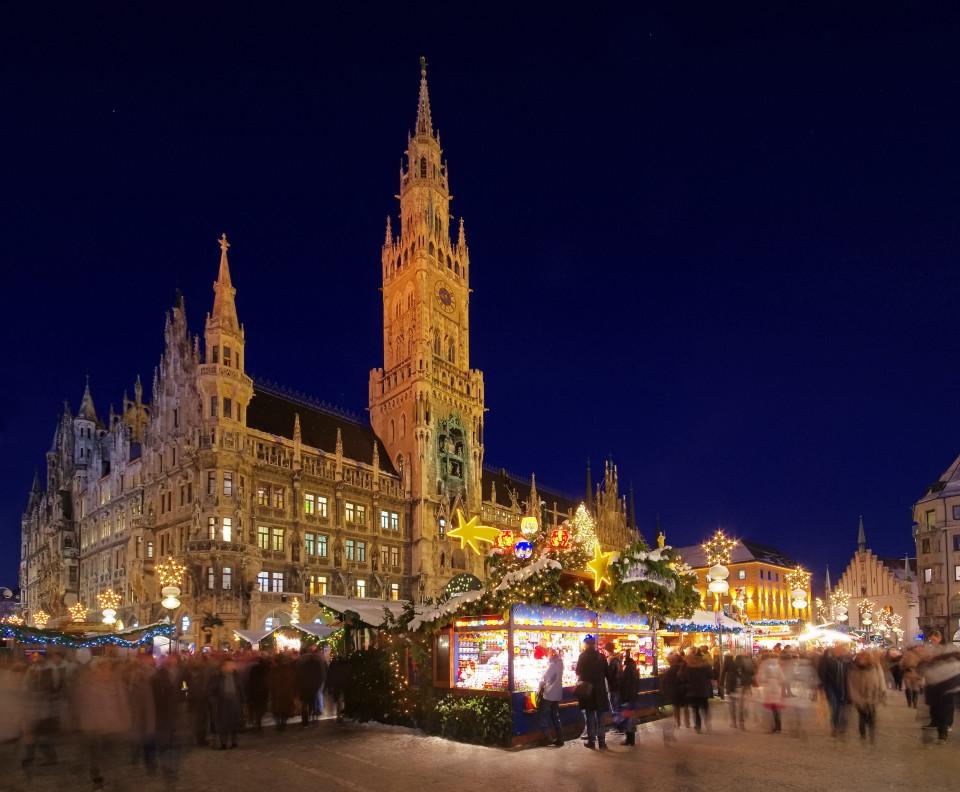 The Christmas market at Munich has been running since 1310 and the Germans certainly know a thing or two about how to do it.

The market is held at Marienplatz with a variety of different parts to explore.

There’s a traditional Christmas market, as well as a romantic “square of stars” to explore at Sternenplatz where you can try traditional hot beer and flamed salmon soup.

A huge Christmas tree is also decorated with 3,000 candles.

There’s the Krampus Run around the market on December 10, where 300 people will dress up in masks to looks like the traditional German Krampus, a fabled half-goat, half-demon character that’s popular in German folklore.

This year’s market runs from November 27 to December 24.

Fly direct from London Luton to Munich on EasyJet in December from £62 return. Click here to book.

Stay at the Smart Stay Hotel for two people for two nights with breakfast from £97. Click here to book. 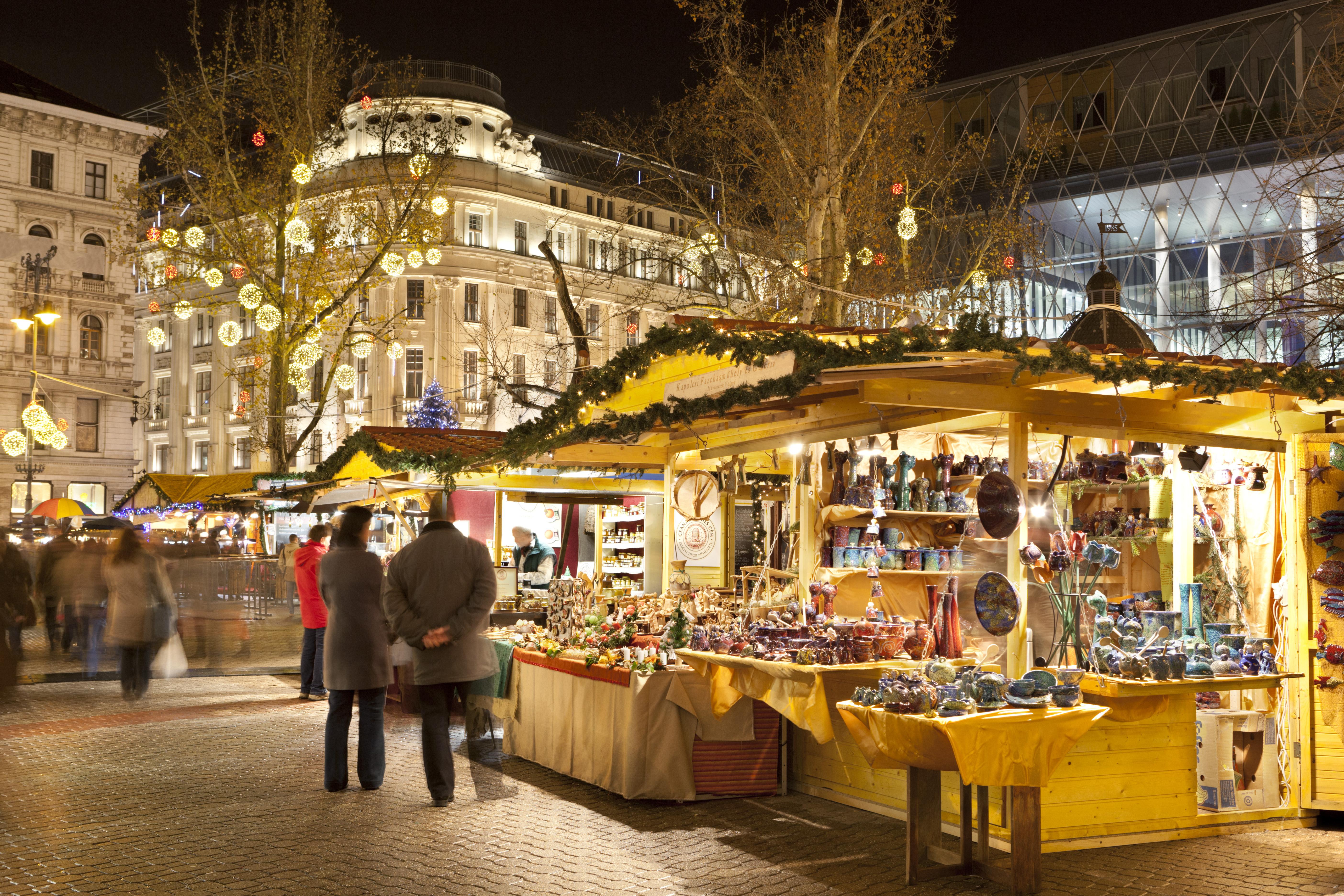 Despite being one of Eastern Europe’s better known city break destinations, Budapest still has plenty to offer for visitors looking to venture a little further from the beaten path and Christmas is the perfect time to explore all this magical city has to offer.

Budapest’s famous Vörösmarty Square is transformed into a festive market place from the end of November with the start of the Christmas Fair.

There is a wide range of shopping and eating options, live jazz, folk and world music takes place on two huge stages, plus there are weekend puppets shows for the kids.

The drink to order is mulled wine or forralt bor as it’s known in Hungary. You can customise your tipple with a shot of rum, amaretto, or elderberry cordial.

The Christmas market will run from November 9 until January 1.

Fly direct from London Stansted to Budapest on Ryanair in December from £34 return. Click here to book.

Stay at Hotel Hungaria for two people for two nights from £74. Click here to book. 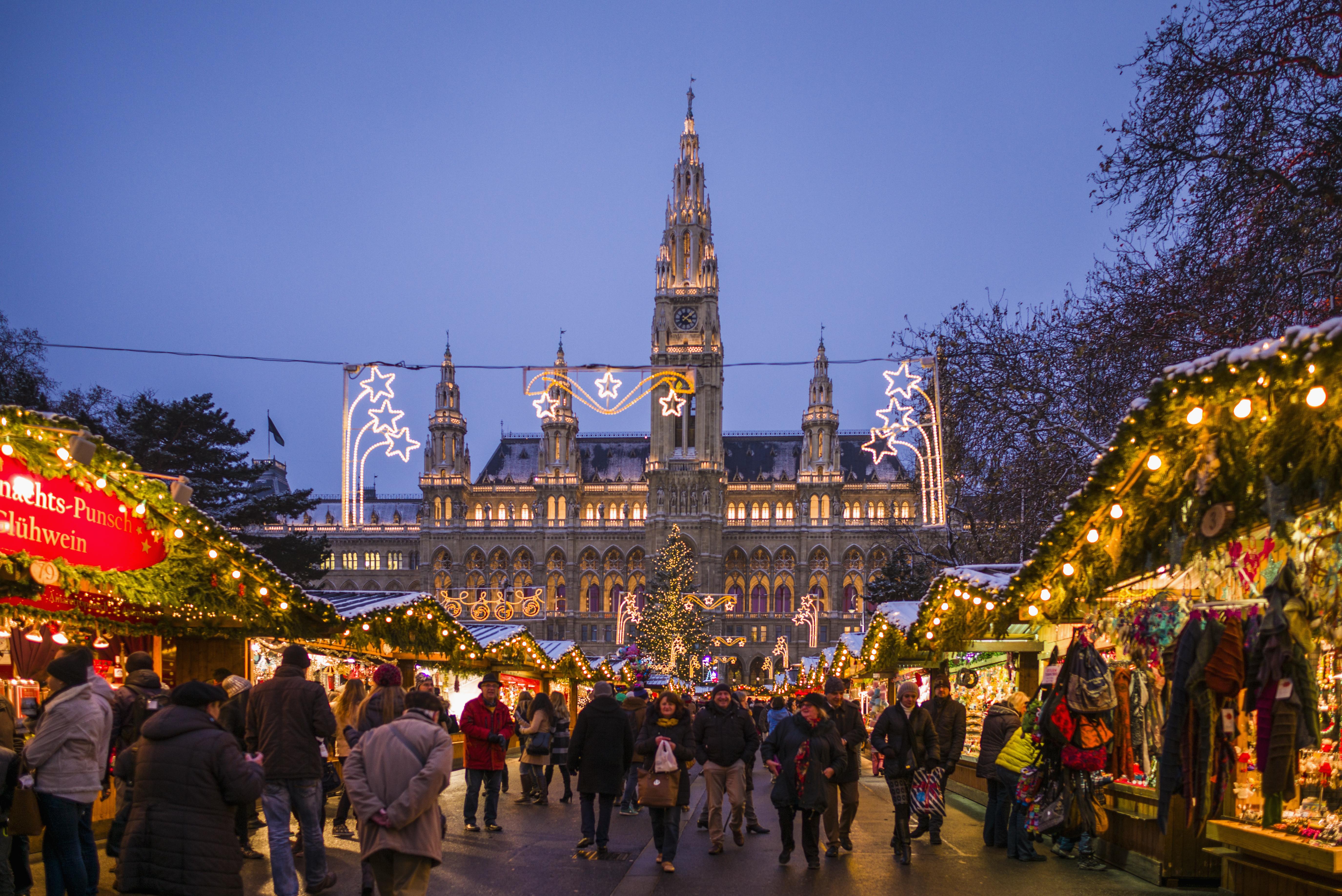 Christmas markets in Vienna have been a tradition since 1298 when Albrecht I granted the city’s visitors their first ever market.

Known as the Christkindlmarkts, there are more than 20 markets throughout the city, drawing in 3 million visitors per year to eat, drink and be merry.

Vienna has 20 different Christmas markets, with the largest the Viennese Christmas Market in front of the grand City Hall.

There you’ll find an area dedicated to children where they can make Christmas cookies as well as choirs singing carols on Fridays, Saturdays and Sundays.

Fly from London Luton to Vienna direct on easyJet from £52 in December. Click here to book.

Stay at Best Apartments for £75 for two people for two nights in December. Click here to book. 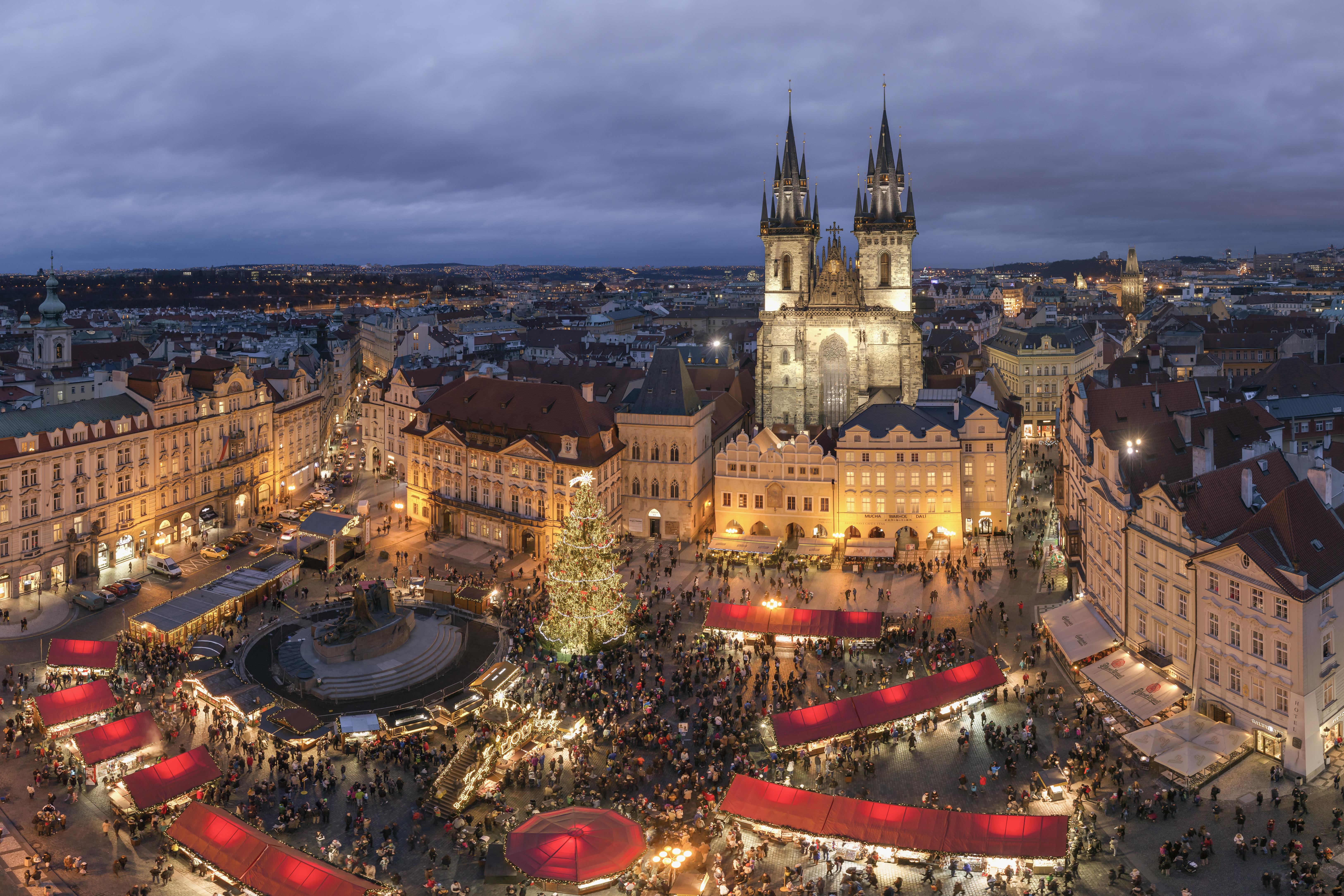 The Old Town Square with its giant Christmas tree and nearby Wenceslas Square are beautiful settings for the main markets from December 1-January 6.

Tuck into barbecued sausages, cakes and pastries and sip on mulled wine, as you watch the astronomical clock strike the hour with a procession of wooden figures.

You can also try out traditional Czech beers such as Pilsner, Uruquell or Budvar.

Walk over the medieval Charles Bridge, spanning the Vltava River to the castle, the Royal Palace and St Vitus Cathedral.

Fly direct to Prague from London Stansted on Ryanair from £42 return this December. Click here to book. 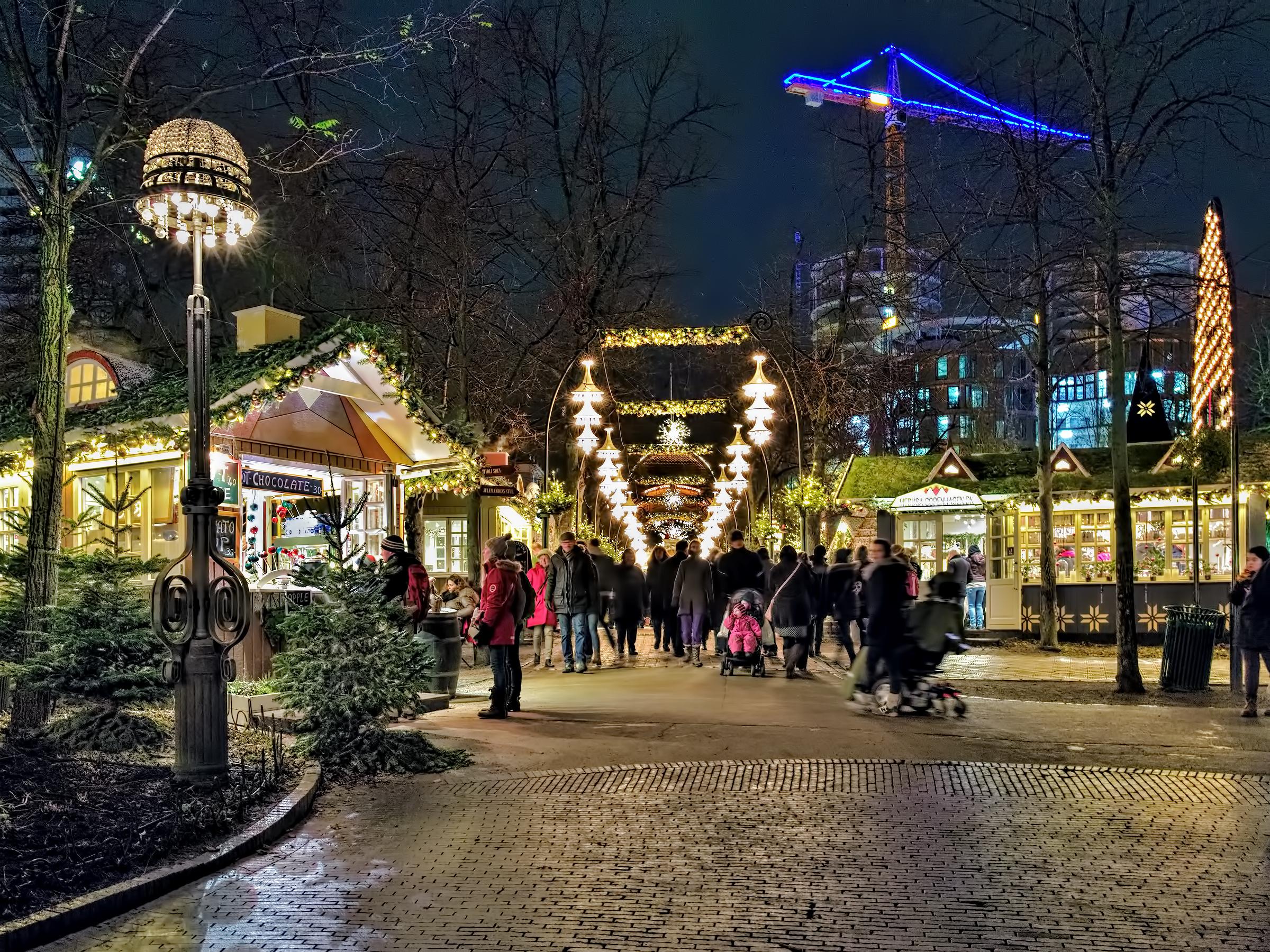 Tivoli Gardens is an amusement park and pleasure garden in Denmark that makes a huge effort every Christmas as it decks itself out in twinkling lights.

Here you’ll find 43 different restaurants to try out grub from – make sure to sample the classic Danish roast pork with red cabbage and gravy.

You can also catch the Tivoli Youth Guard as they play special Christmas music.

Kids will love the Christmas light show with 16,000 different lights, and the park’s rides are also open for all the family.

Admission costs 450 Danish kroners (£41) per adult for an annual Tivoli Pass that can be used any time during the year, and kids ages three to seven go free.

The market runs from November 17 to December 31.

Fly to Copenhagen from London Stansted for £33 return in December on Ryanair. Click here to book.

Stay at Copenhagen Go Hotel for £115 for two people for two nights in December. Click here to book.

Christmas markets in the UK 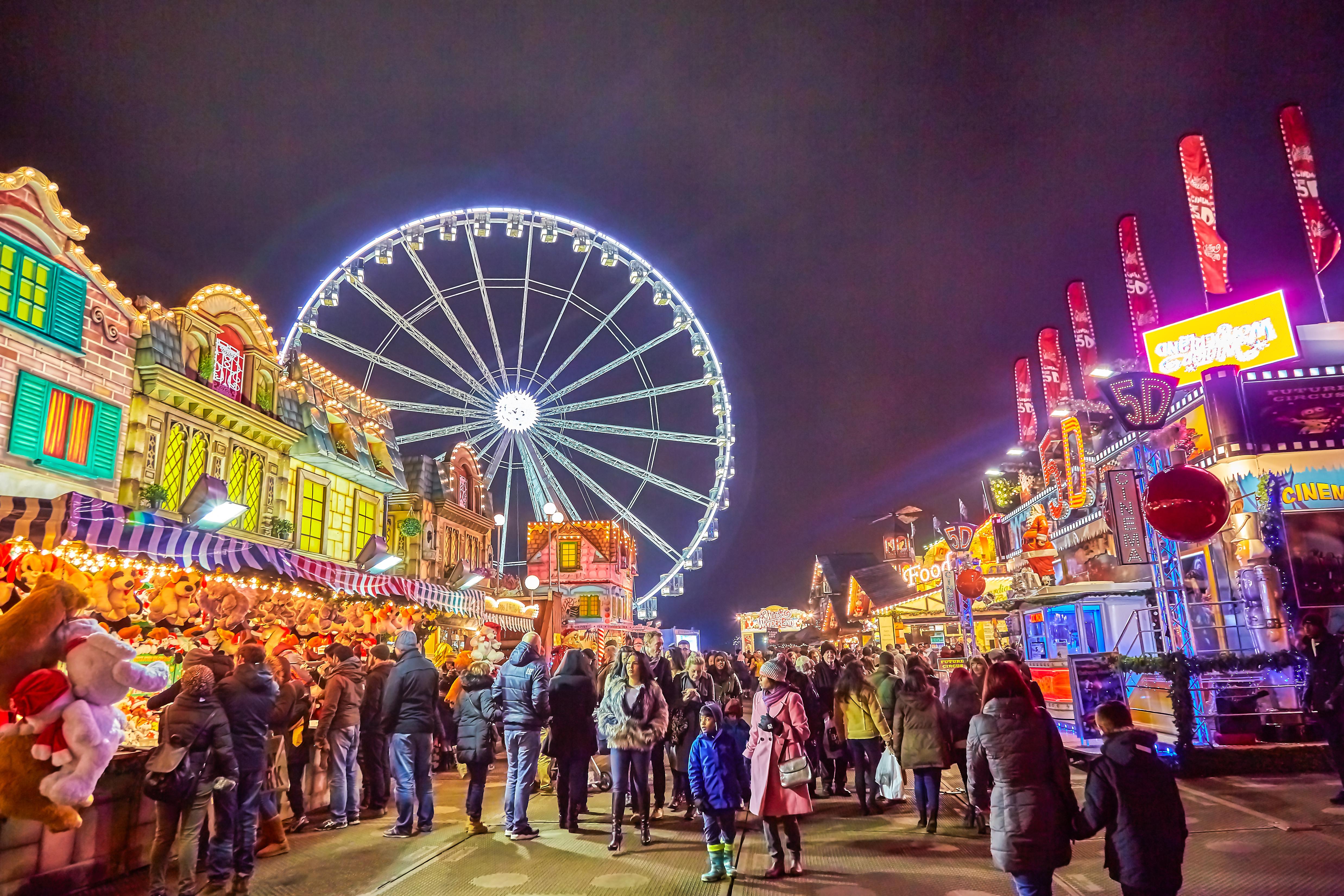 The capital is home to several Christmas markets, such as the Southbank’s Winter Festival, which opens on November 10.

The Southbank is transformed into a winter grotto with food and gift stalls as well as family Christmas shows.

This year’s shows include Circus 1903 and Rumpelstilskin. Click here to find out more.

Winter Wonderland in Hyde Park is another famous Christmas market in the city centre, which is in its 12th year.

The park is free to enter, but you’ll need to buy tickets for some of its rides.

Winter Wonderland is held in London's Hyde Park and has a Bavarian Village and shows to see such as Peter Pan On Ice and The Magical Ice Kingdom.

There are also many bus routes that serve the park. Click here to find out more. 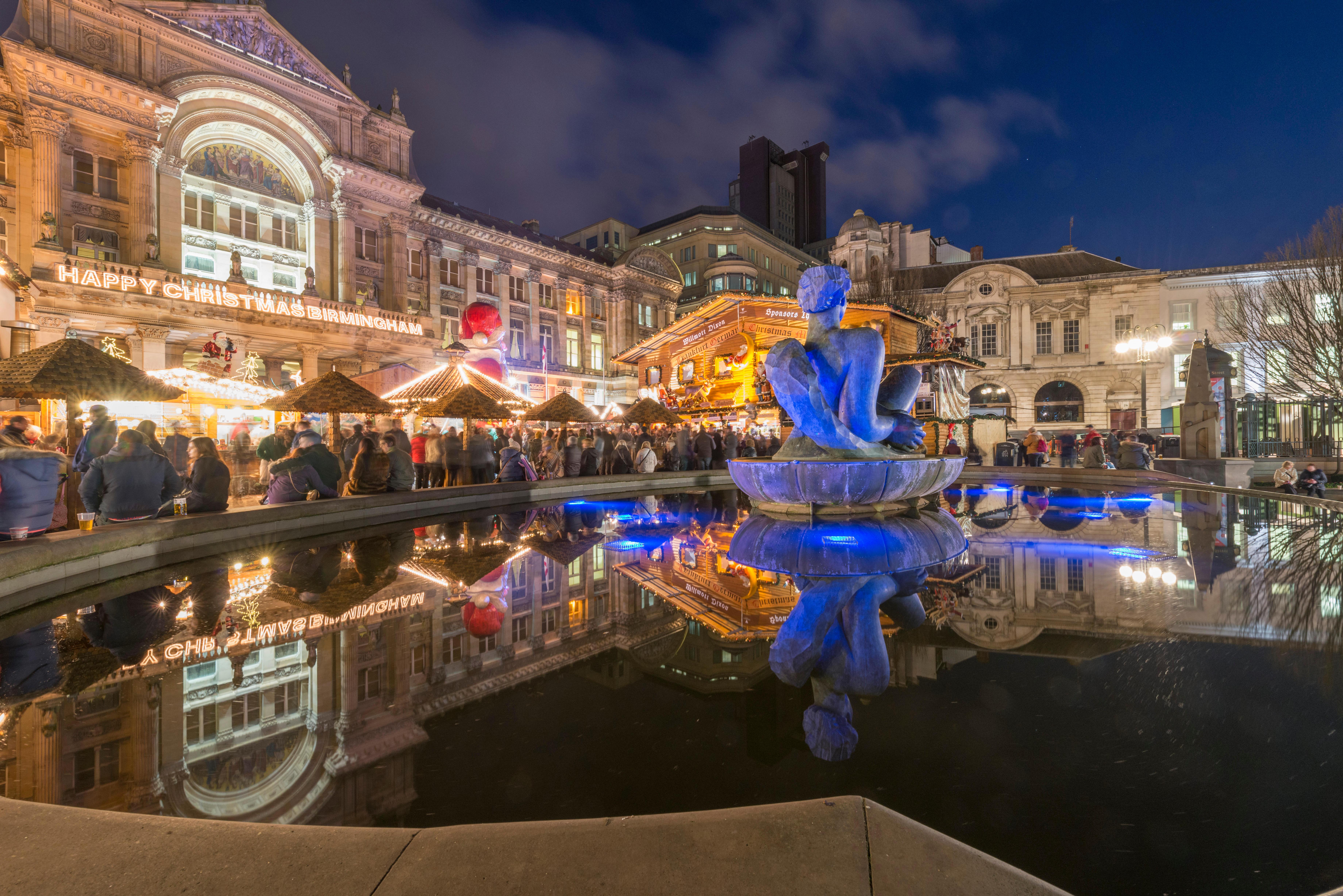 The largest outdoor market in the UK is held in Birmingham and is called Frankfurt Market.

Based on the traditional German markets, it pulls in 5.5million visitors each year.

Situated in Victoria Square alongside New Street, there are around 120 stalls, as well as the Christmas Craft Market and a big wheel.

You’ll find all the traditional German food you can think of on offer, including schnitzel, pretzels, bratwursts and roasted almonds.

Make sure to try out weissbeer, a type of white beer, too.

The market will be open from November 15 to December 23.

If you've always dreamt of seeing the Northern Lights, read our guide of the cheap winter holiday deals – including two nights in Iceland from £119 per person.

Would you rather spend your Christmas on a beach instead? Here are the best offersfor winter sunshine.