DON’T tell Donald Trump but America already has another President. You will find him about 2,500 miles west of Washington DC’s political swamps, high and dry in the Nevada desert. 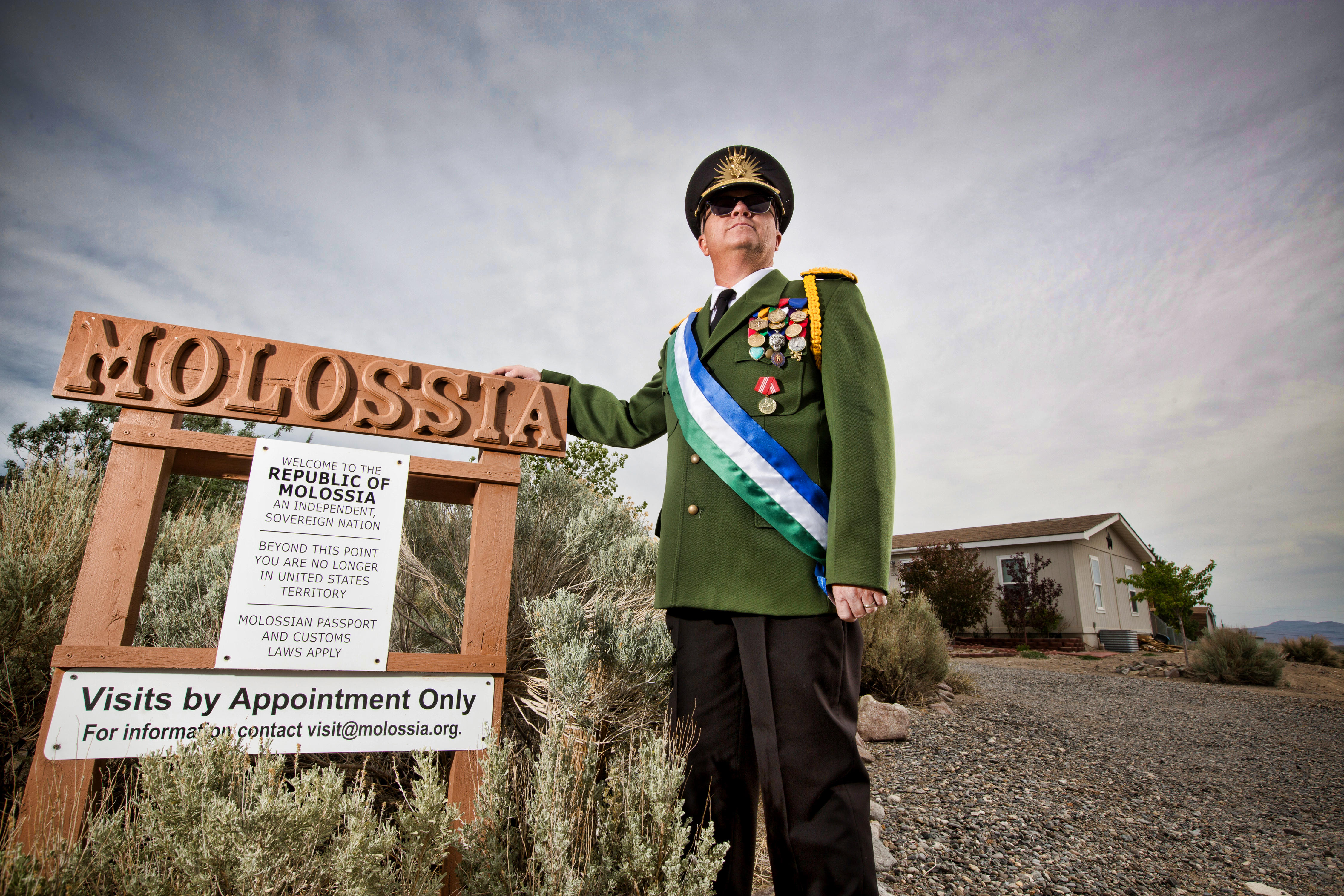 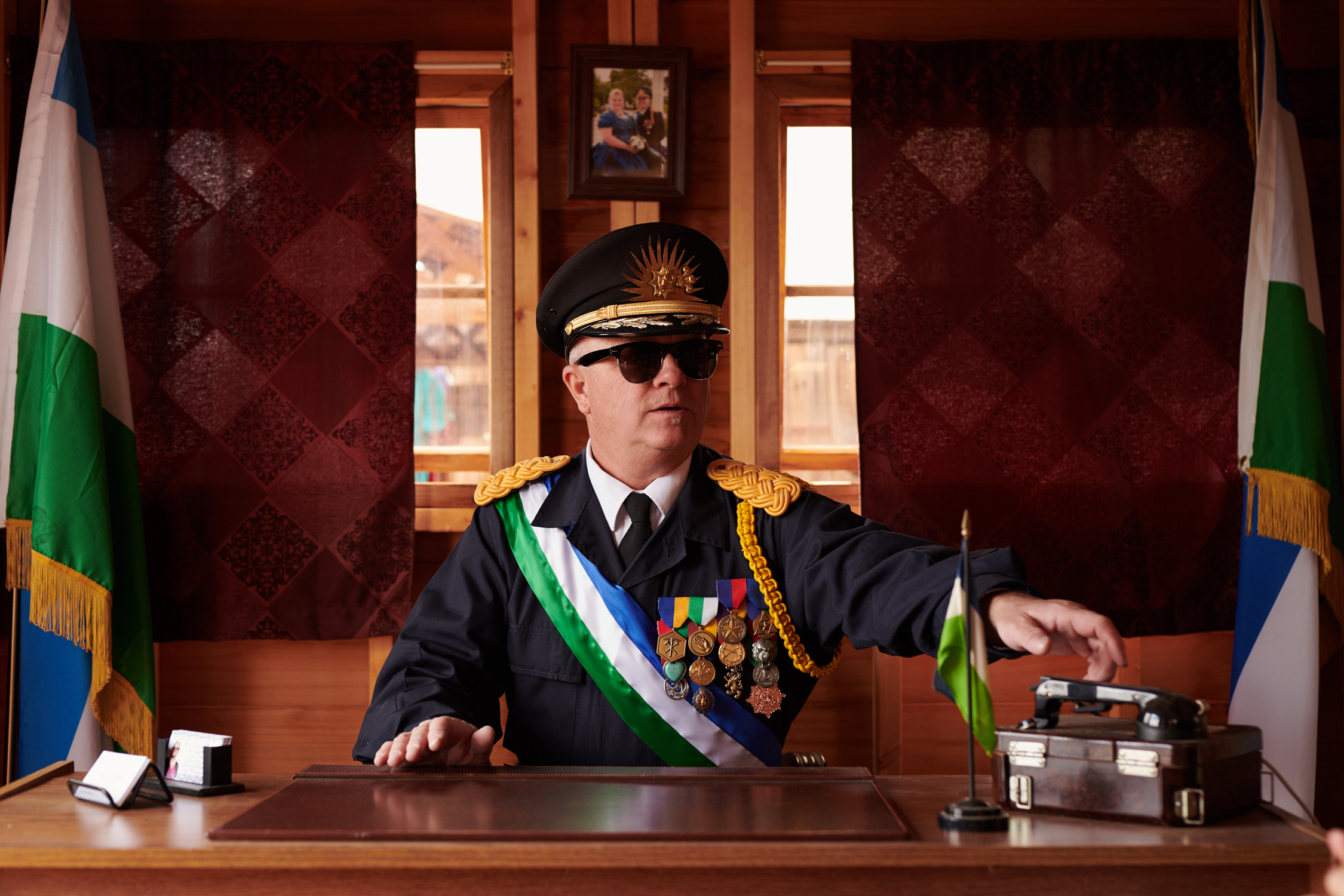 “Ours is a very small country but all of our citizens are very, very happy,” says Baugh, 57, as he greets me in blazing sunshine at the US-Molossia border.

“You could say I’m an extremely benevolent dictator.”

Molossia is a self-declared micronation, completely contained within America’s borders, just as Monaco is surrounded by France.

As I clear border control with a Molossian stamp in my passport, Baugh offers to show me around.

At a mere 1.3 acres, the country is tiny, with just one main street and 11 buildings.

But its 33 citizens have no complaints, even with some of Baugh’s stranger laws.

Smoking, for instance, is illegal — but so too is the eating of catfish, spinach or onions.

Baugh says: “My goal here is for everyone to live happy, fulfilling lives.

“But at the end of the day, I am still a dictator and there are some things — like spinach — I just cannot stand.”

As we wander down Main Street together, Baugh shows me around the national bank, the post office and even the tiny jail (it has never held a prisoner), before we settle in at Molossia’s only bar and grill, to discuss the history of this miniscule desert nation.

“Molossia is like Camelot,” says Baugh as our burgers arrive (no onions, naturally). “It only ever rains at night here.

“The problem is that American weather sometimes blows across the border.” 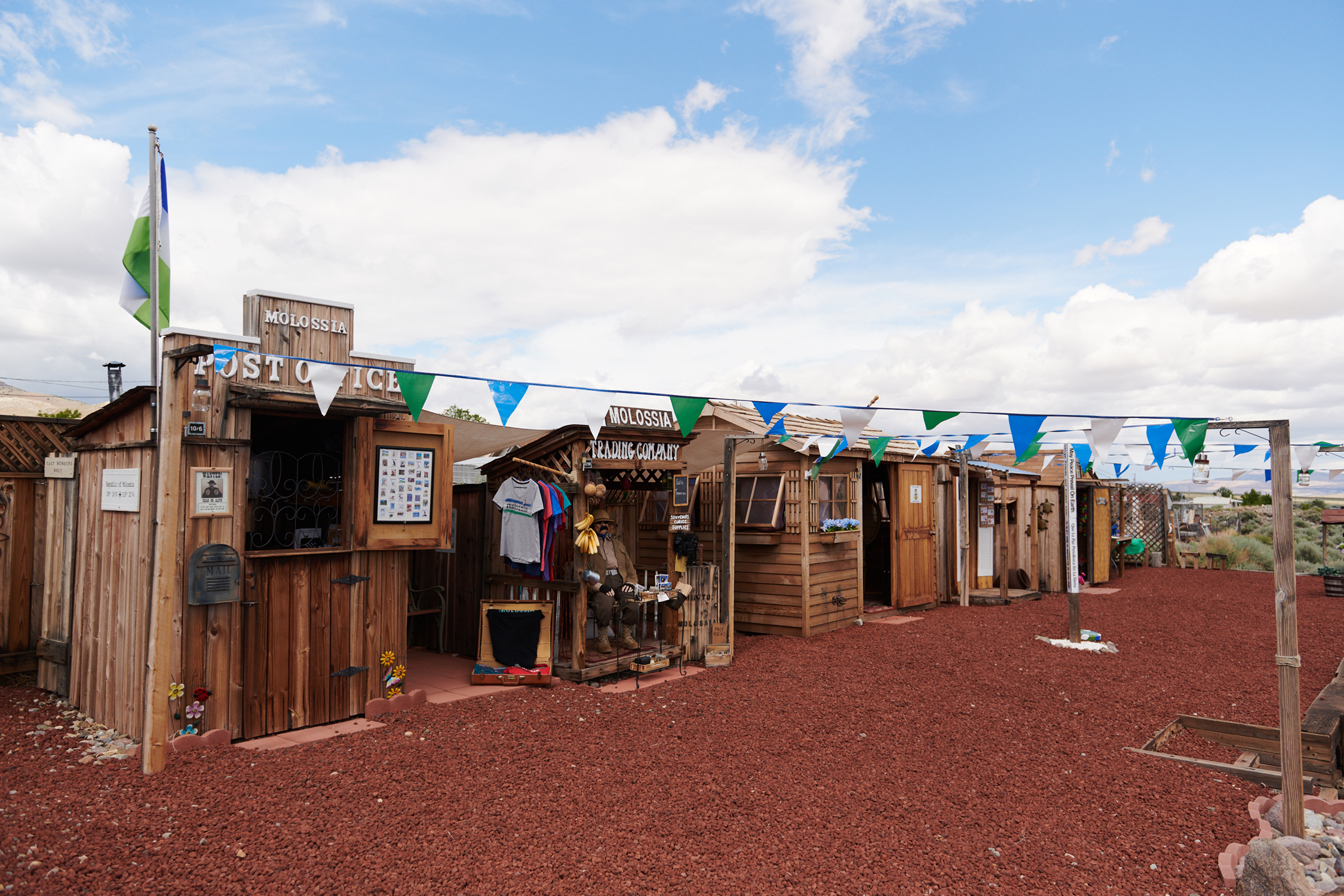 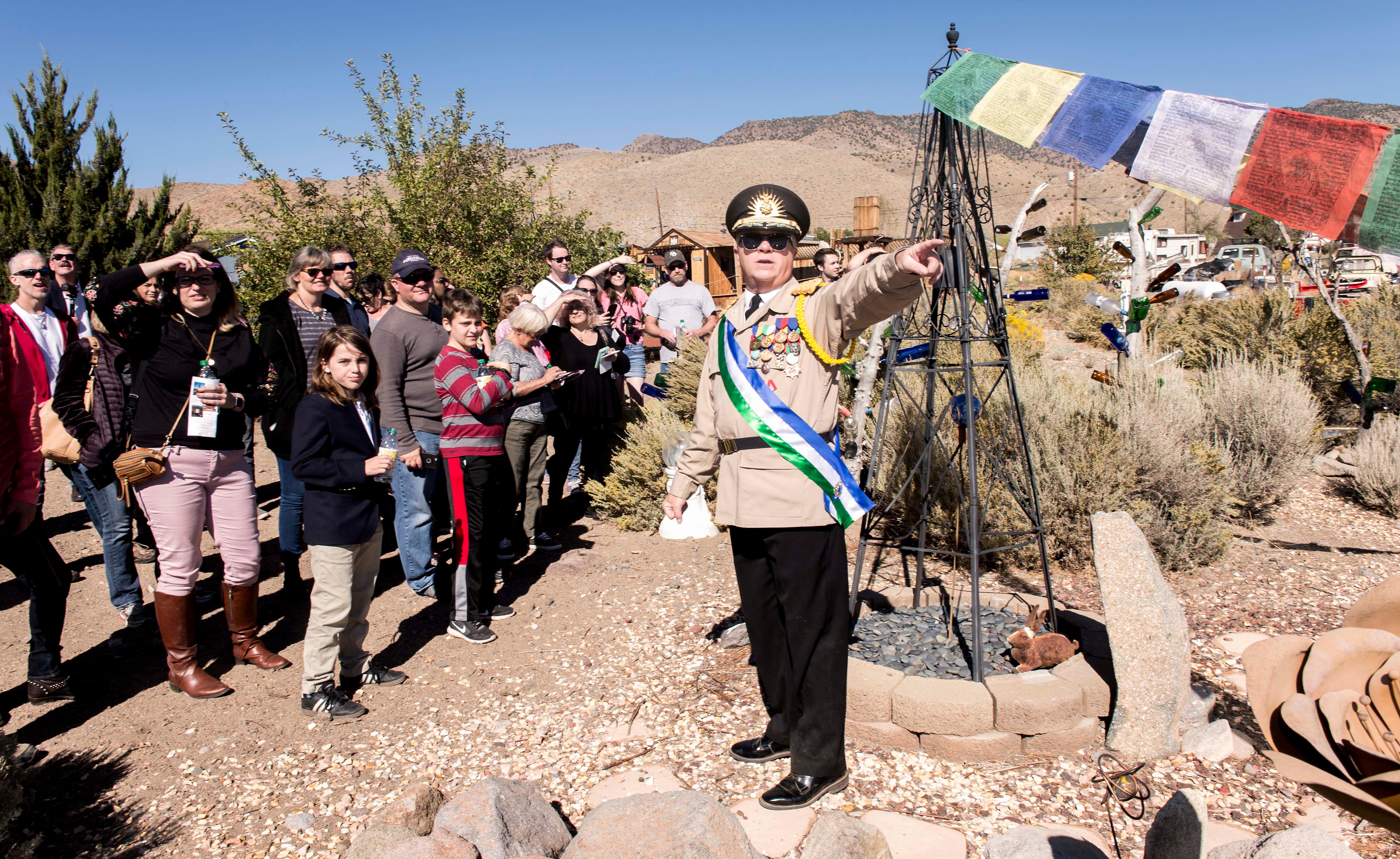 Molossia was founded in 1977, when the teenaged Baugh watched a film called The Mouse That Roared on TV.

Starring Peter Sellers, it tells the story of a tiny European nation that goes to war with the US — and wins.

Baugh says: “I was very taken with this idea of a tiny country doing this cool thing, this ‘mouse that roared’.

“I wanted to be that mouse.

“I read up on micronations and made the first step — declaring independence.

“After that, I kept researching and expanding the concept.

“As soon as I bought land here in Nevada in the 1990s, I raised the flag and started making the idea into reality.”

After the flag came the national anthem (“Fair Molossia Is Our Home”) and then a currency, the valora.

Baugh even created an official Molossian measurement system — based on the length of his own hand. 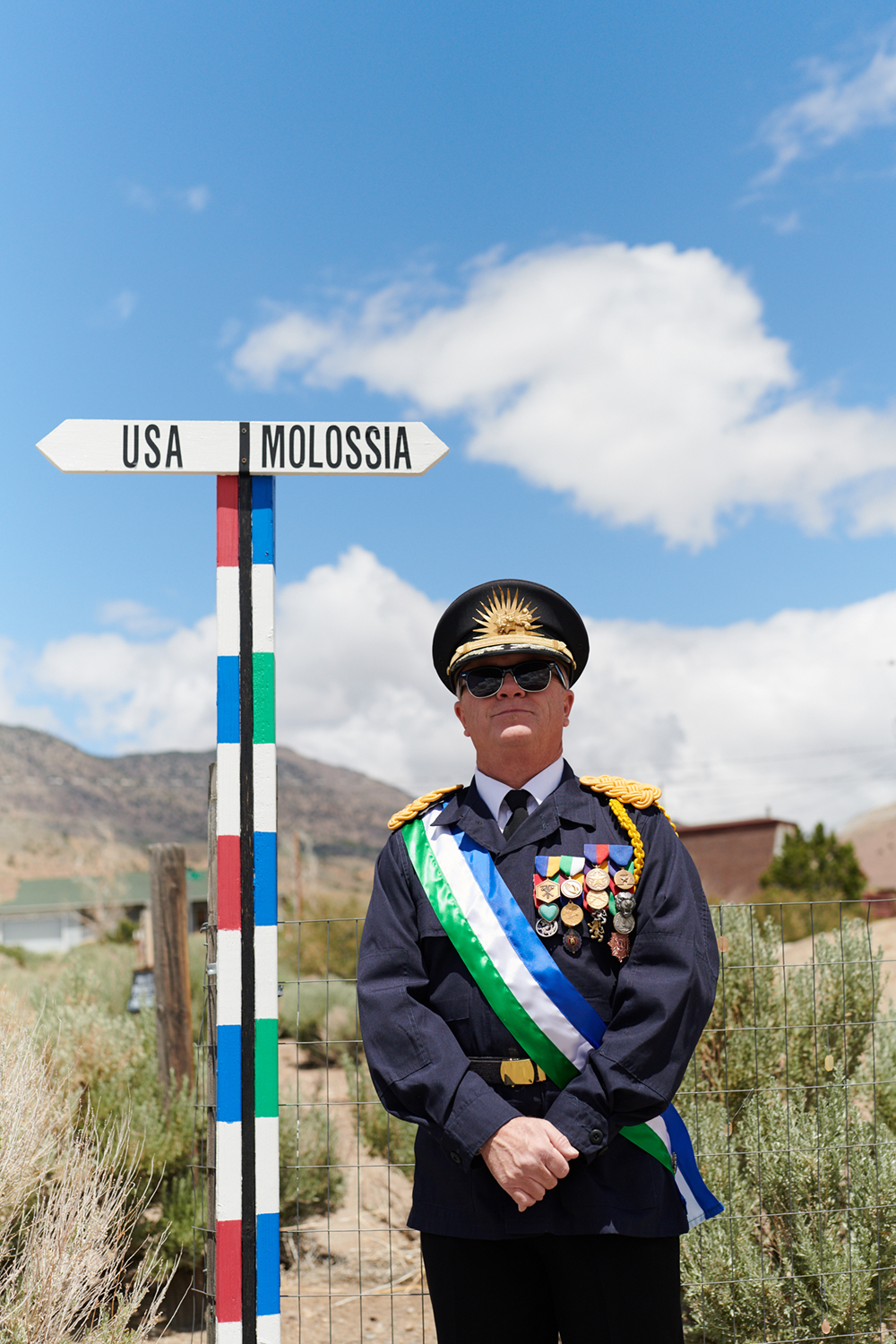 Looking wistfully at his palm, he says: “I don’t know how they’ll measure things after I die.

“The First Lady is 16 years younger than me so when she takes over the presidency, she’ll probably need to keep one of my hands in a jar.”

The First Lady, Kevin’s wife Adrianne, is next in line for the top job but you won’t hear accusations of nepotism here . . . because all 33 citizens are part of the extended Baugh clan.

Baugh says: “I get so many requests for citizenship, you wouldn’t believe it.

“Molossia is a family nation and all of its citizens are related to me by blood or marriage, whether they live here or as ex-pats across the border in the United States.” 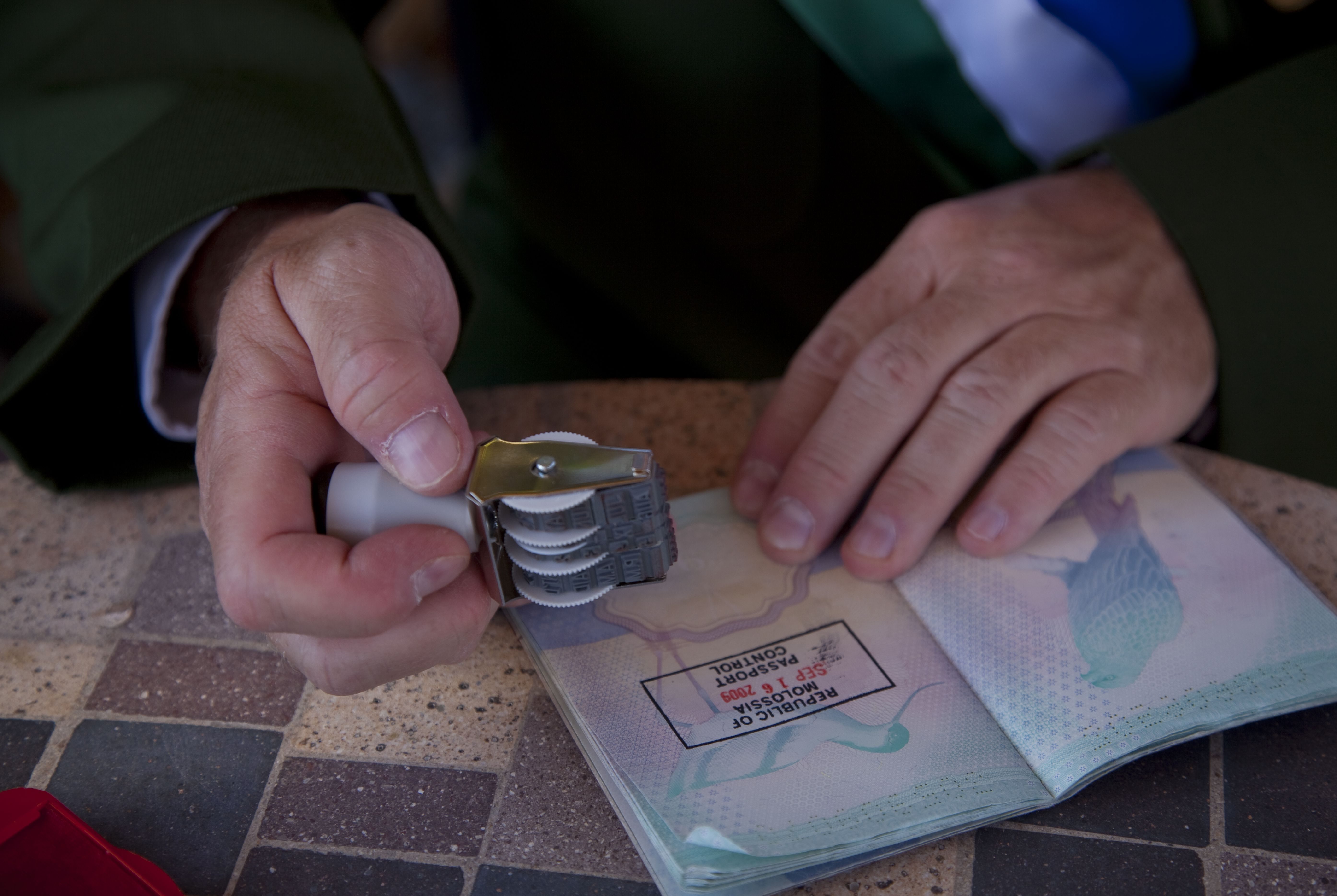 Ah yes, the US. It hasn’t been easy building a DIY country on the doorstep of the world’s biggest power — but Baugh did find one unexpected White House ally.

Baugh says: “Barack Obama sent me a card every December, in which he wrote: ‘Dear Mr President, Merry Christmas from Mr President’."

“We haven’t heard from the White House since he left but they’re aware of our existence, of course.

“We don’t give them any trouble and they leave us alone.

“If we started firing weapons or selling drugs, then of course they’d try to invade.

“But we don’t want to give them any reason to do so.” 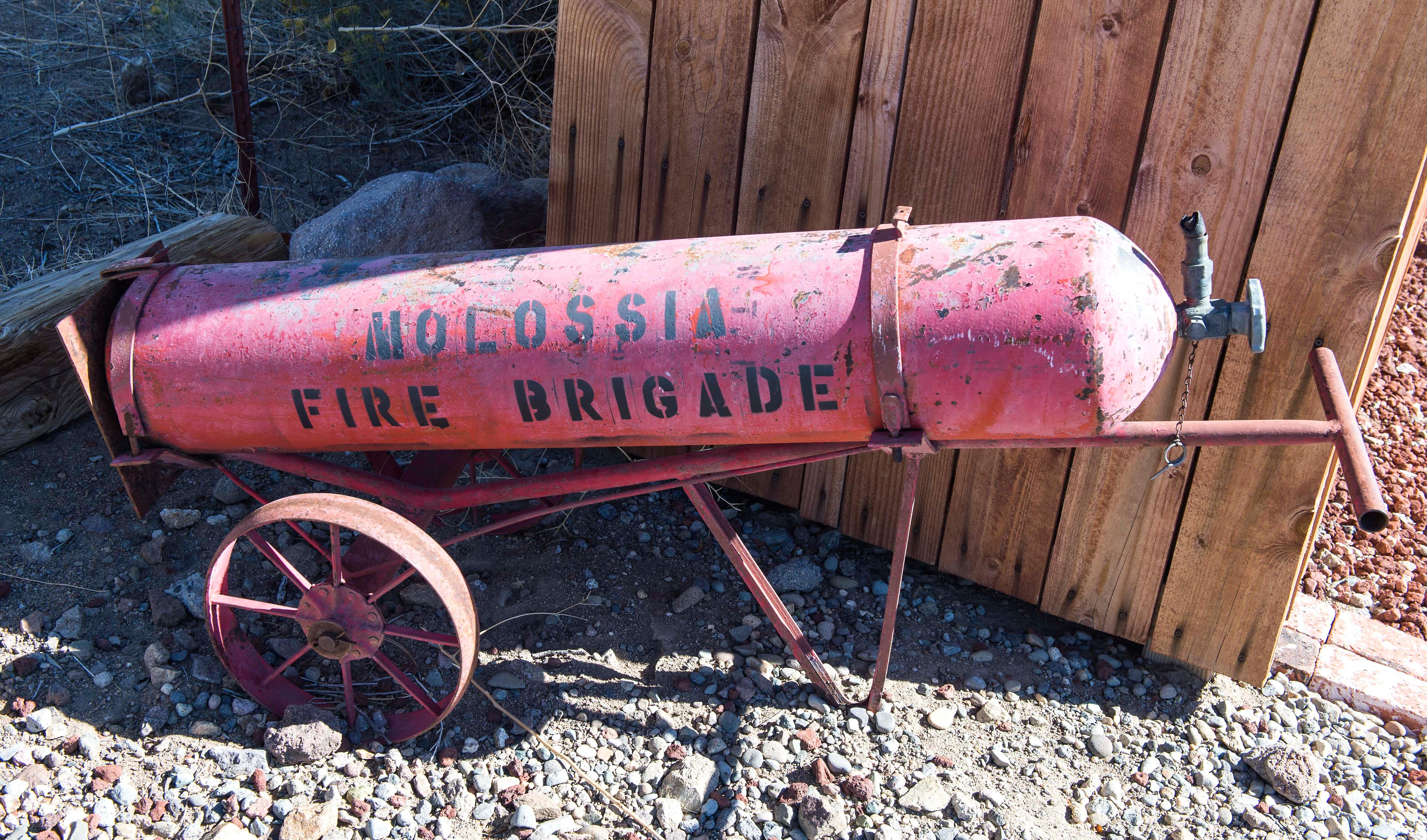 Instead, Molossia has become a much-loved quirk here in northern Nevada — and something of a tourist hotspot.

Baugh gives monthly tours to scores of eager visitors from all over the world, most of them overnighting in nearby Reno, which has a growing reputation as a more affordable Las Vegas.

The US media seem to love this President.

Baugh has appeared on both CNN and NBC’s popular Today show, which broadcast an entire episode live from Main Street.

Now a Hollywood movie about Molossia is reportedly in the works — produced by and starring Jack Black.

The President takes all of this in his friendly, laid-back fashion. 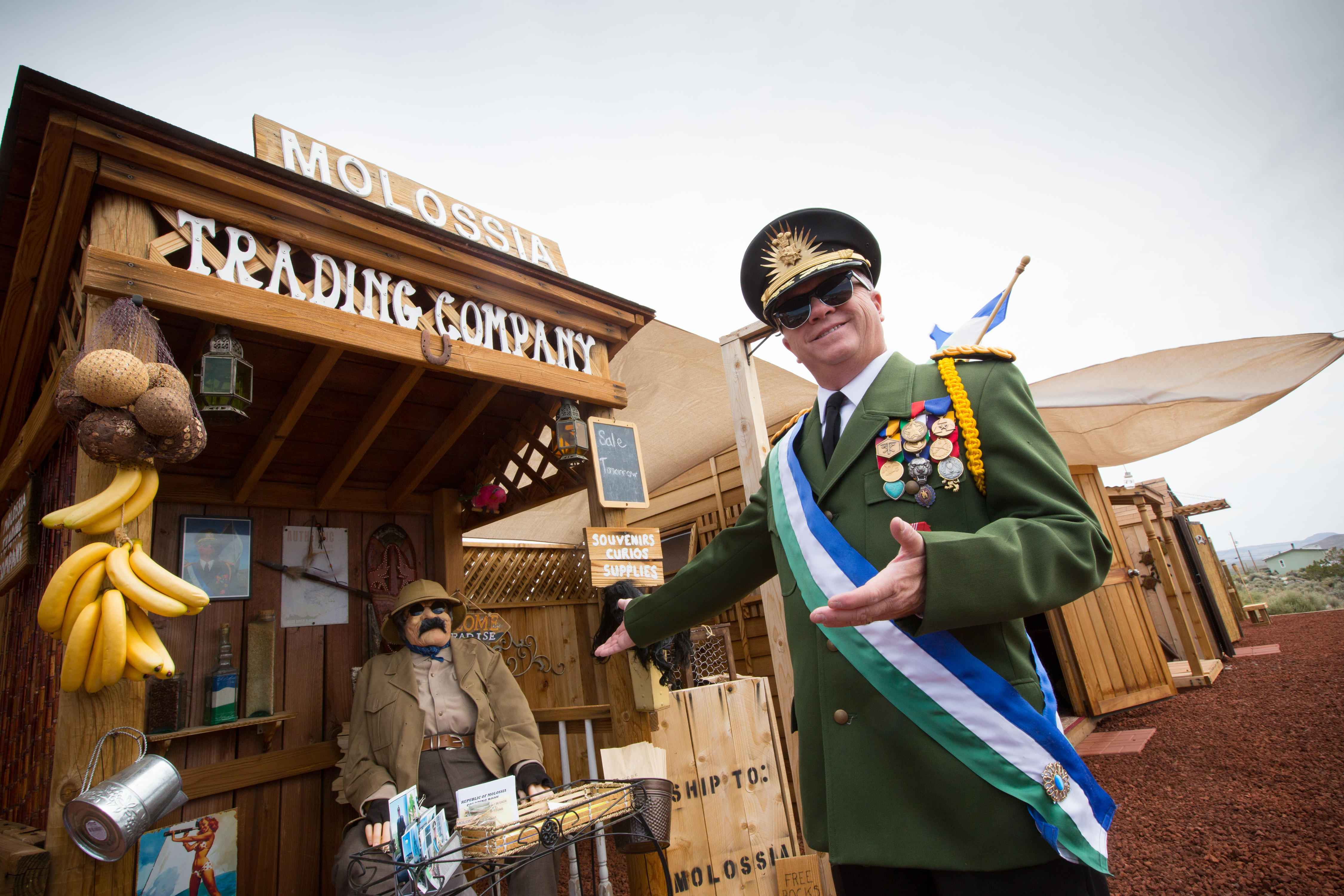 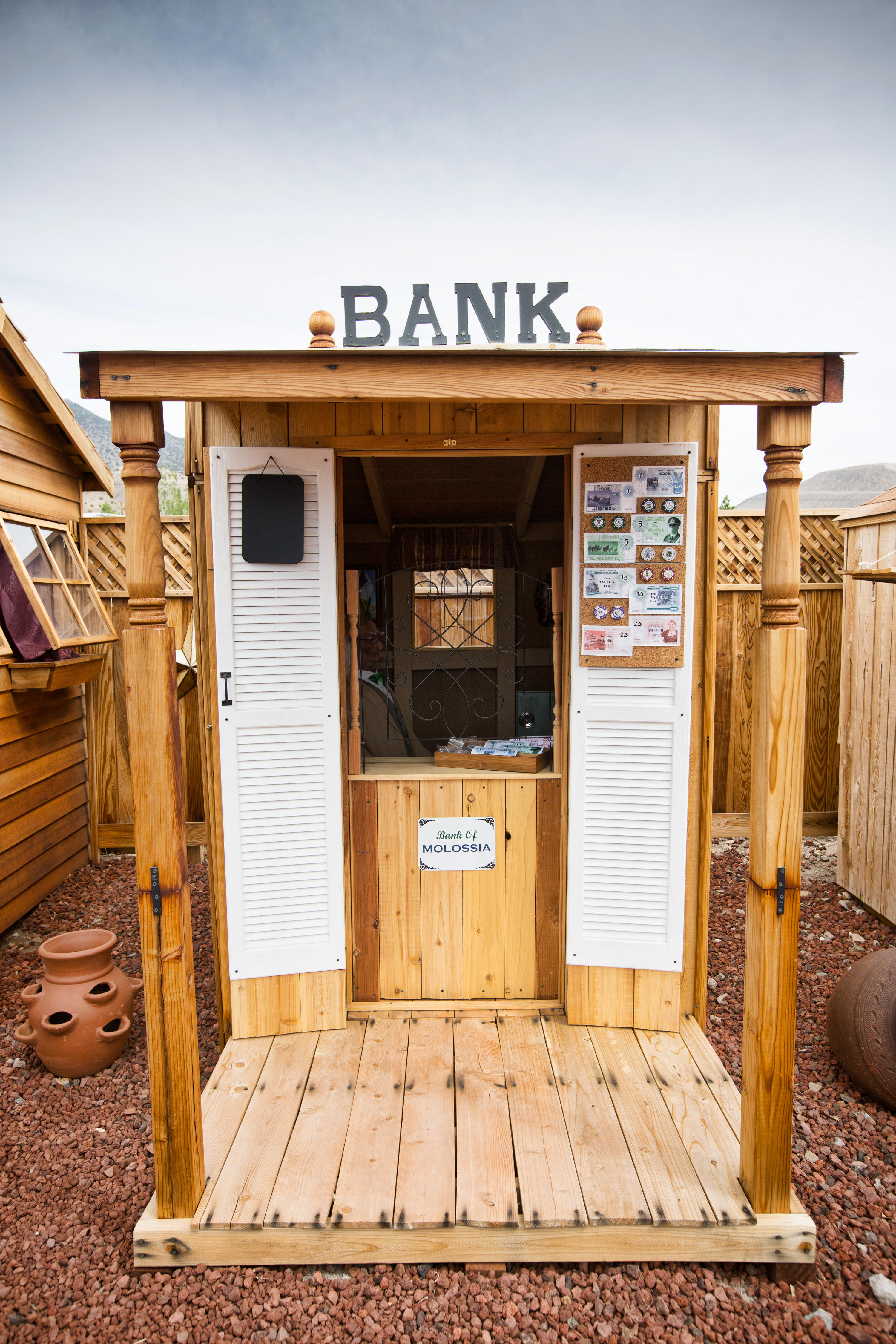 Baugh says: “The ultimate point of Molossia — the reason I founded this country in the first place — is to have fun. It’s about giving people a little hope in the future, looking after each other and the world around us — and being the best, happiest little country we can possibly be.”

Perhaps his US counterpart should check out Baugh’s blueprint.

For now, everyone is welcome in Molossia . . . and nobody is building a wall on the US border anytime soon.

GETTING/STAYING THERE: Molossia is a 45-minute drive from Reno, Nevada. Fly to Reno via Las Vegas.

International travellers do not need a visa to visit Molossia but the President will give you a hard time if you don’t bring your passport.

To plan a visit to Nevada, see travelnevada.com.