Home » Travel » The winners of the 2020 panoramic photography awards revealed

Truly, a sight for lockdown-weary eyes.

These mesmerising panoramic shots have been revealed as the winners and shortlisted entries in the 2020 Epson International Pano Awards.

This year the competition received 5,859 entries from 1,452 professional and amateur photographers in 96 countries – a record for its 11-year history – who were competing for thousands of dollars cash and prizes.

The overall winner of the Open Competition was Matt Jackisch from Canada with a stunning photograph of a lone tree in a snow-covered landscape in British Columbia, Canada.

Competition Curator David Evans said: ‘Needless to say this is a year to remember. We thought new entry and judging systems would keep us busy enough, then the world changed. We doubled down and got to work, and the upshot is a record year for the Pano Awards. We’re overwhelmed with the level of support from entrants and sponsors, especially Epson, and we thank you all so very much and also congratulate the winners and highest-scoring entrants for 2020 – the year that changed us all.’

Scroll down to see the shots the judges declared had the wow factor… and to the very bottom for Matt’s winning image. 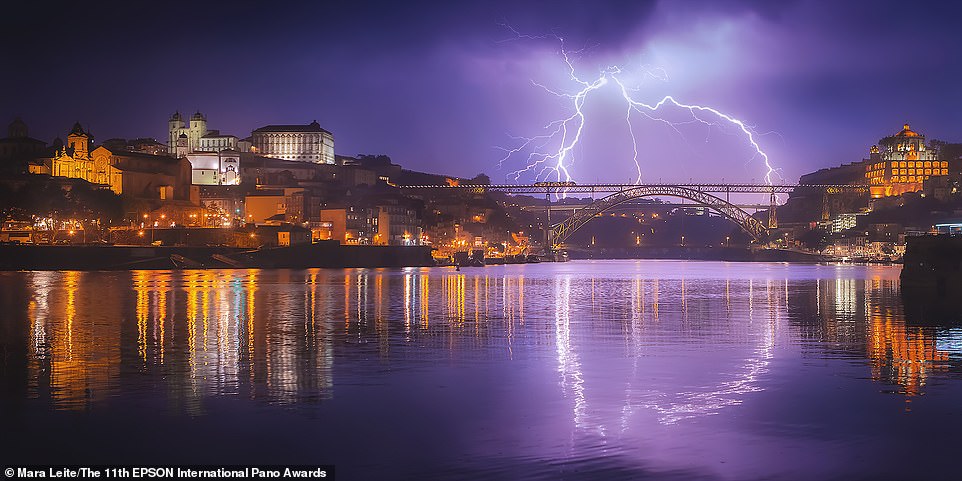 This amazing picture of a lightning strike over Porto, Portugal, was taken by UK photographer Mara Leite 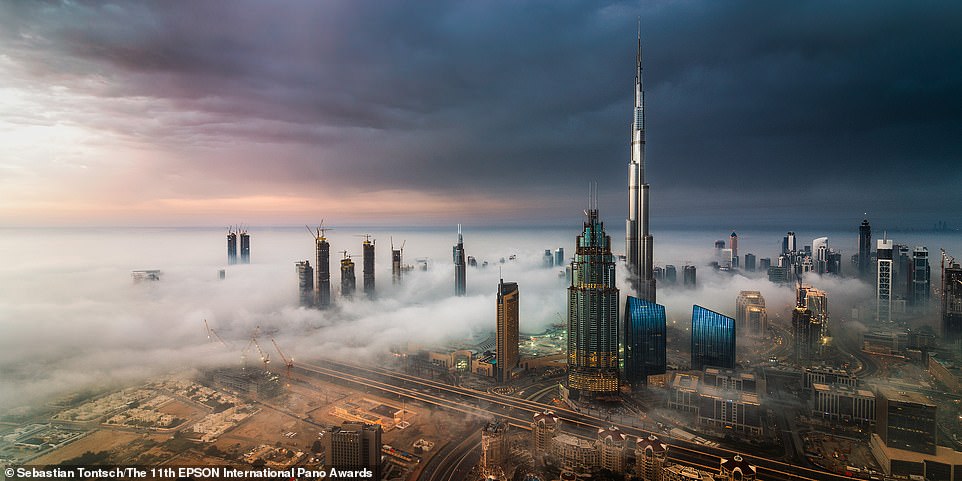 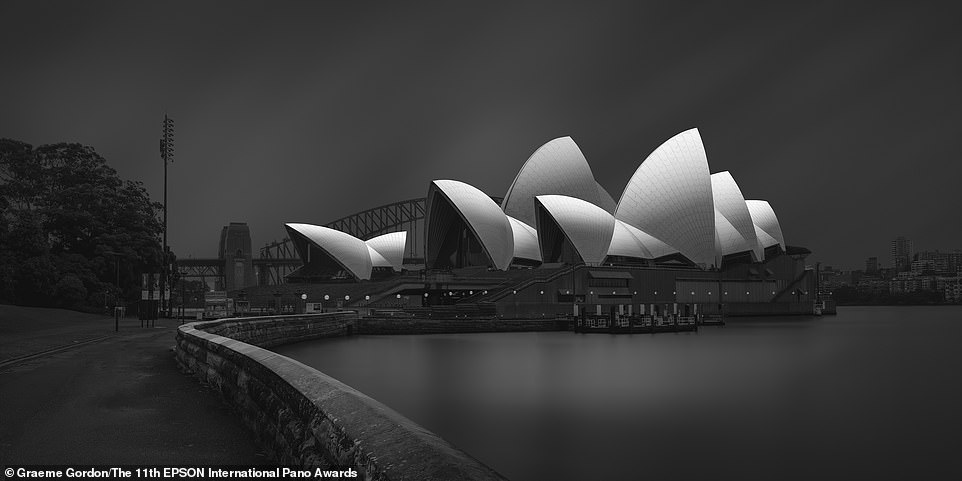 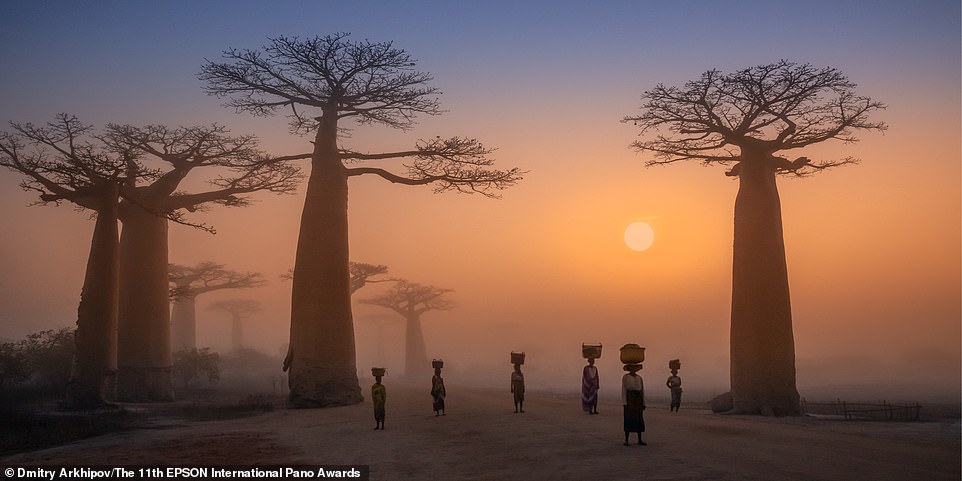 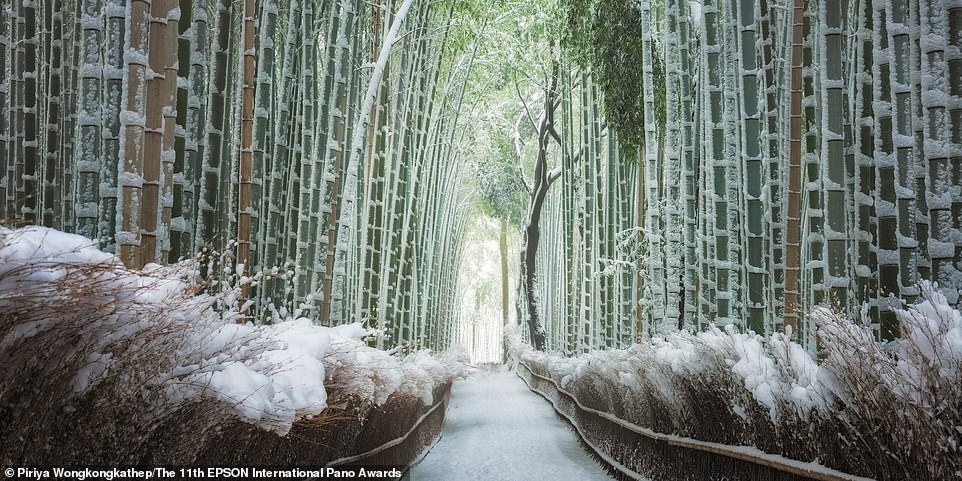 Hong Kong has never looked so alluring as in this picture by Cp Lau, who hails from the city 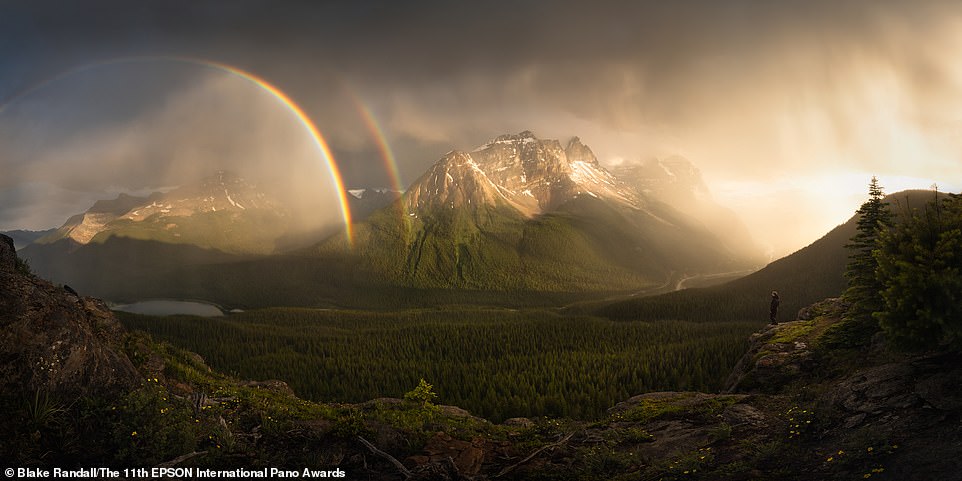 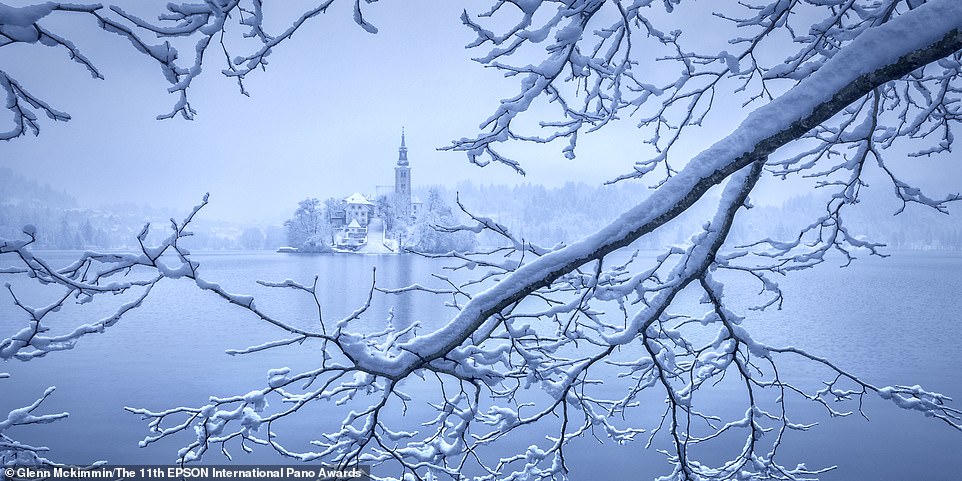 This amazing picture was taken by the grand prize winner, Matt Jackisch – but it’s not his winning shot. It shows Mount Assiniboine in Canada (the sharp snow-covered peak at the back) and the amazing surrounding landscape. Matt said of the picture: ‘A cloud enveloped us completely and my heart sank. But then… the cloud passed and the scene changed completely. Light began pouring into the valley. The lakes began to calm. And Assiniboine herself peaked out to give us a royal wave hello’ 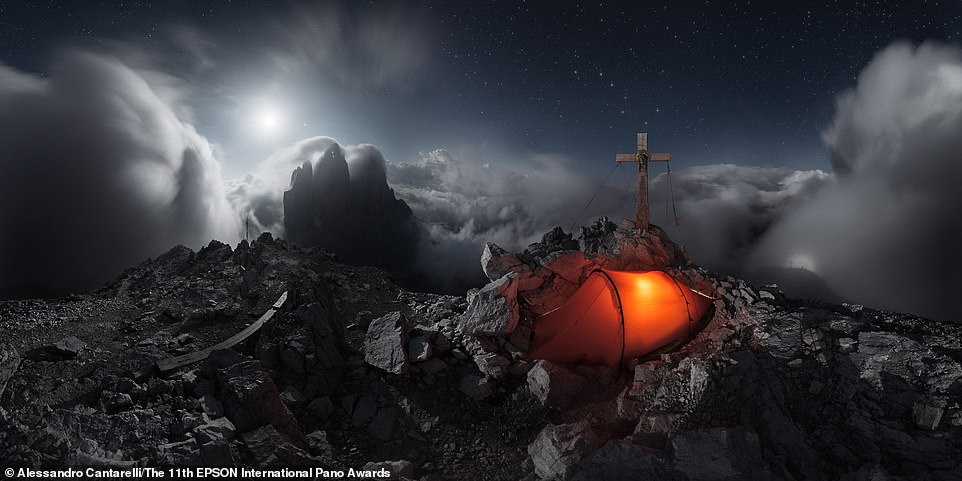 This incredible shot was taken by 33-year-old photographer Alessandro Cantarelli, from Rome, 9,000ft up in the Italian Dolomites, with the moon illuminating the Three Peaks of Lavaredo 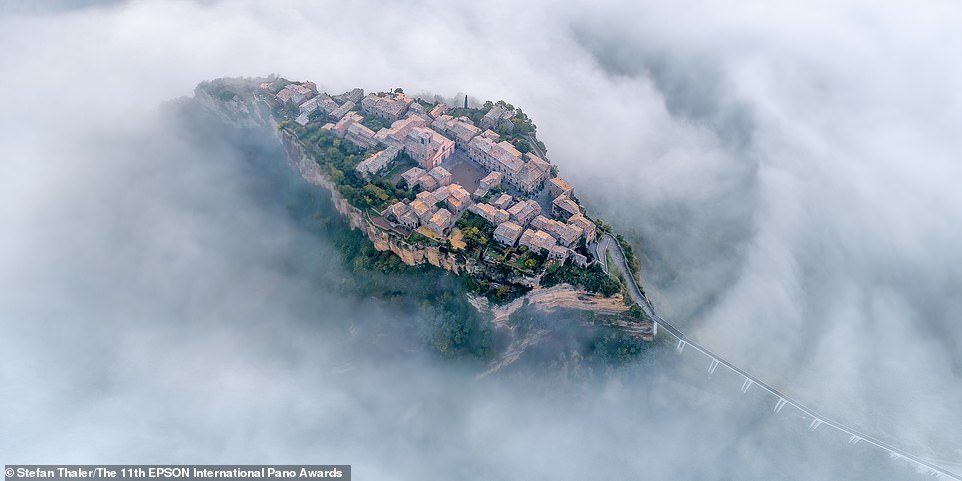 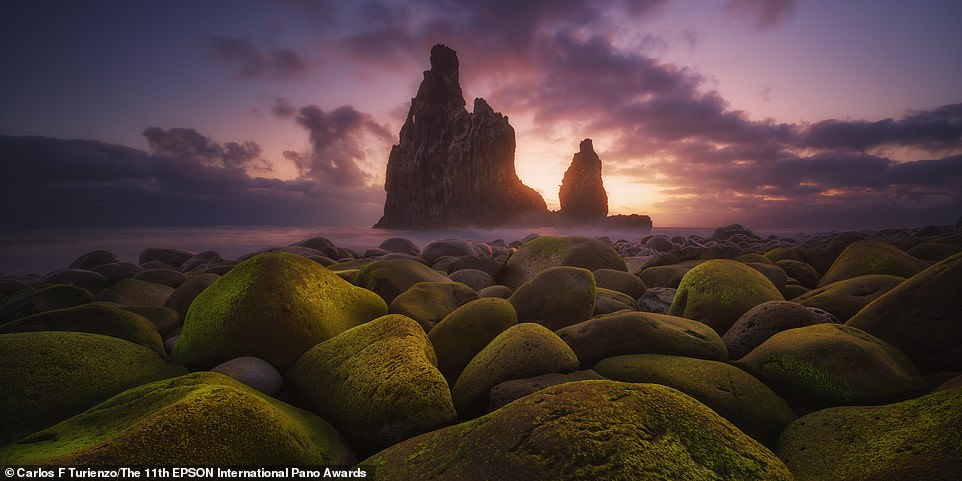 Behold the winning shot in the Amateur Landscape/Nature category. It was taken on Madeira by Spanish photographer Carlos F Turienzo 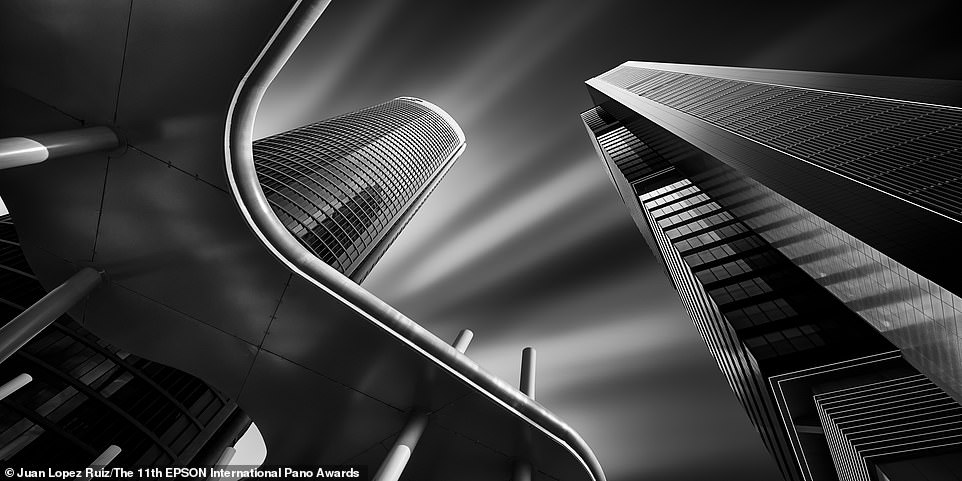 This is the winning shot in the Amateur Built Environment/Architecture category. It shows the Cuatro Torres financial complex in Madrid and was taken by Spain’s Juan Lopez Ruiz 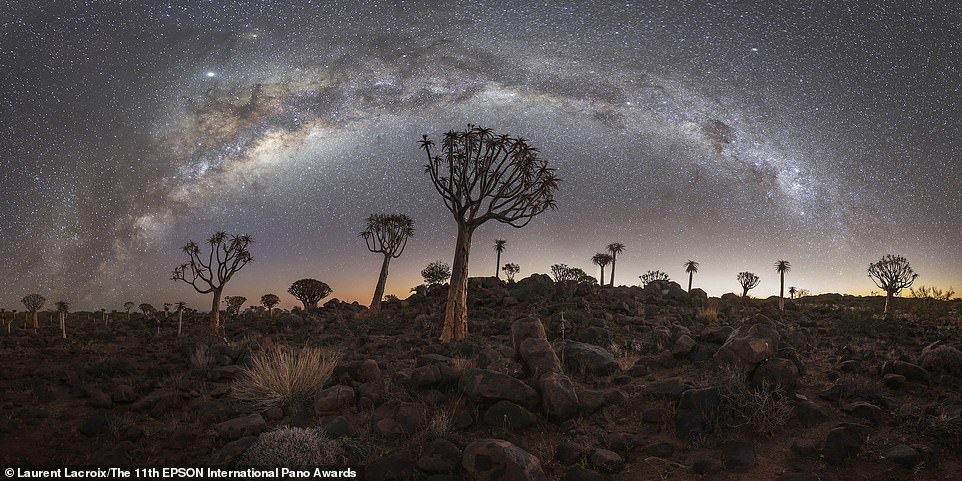 This heavenly shot came third in the Open Landscape/Nature category. It was taken in Namibia by French photographer Laurent Lacroix 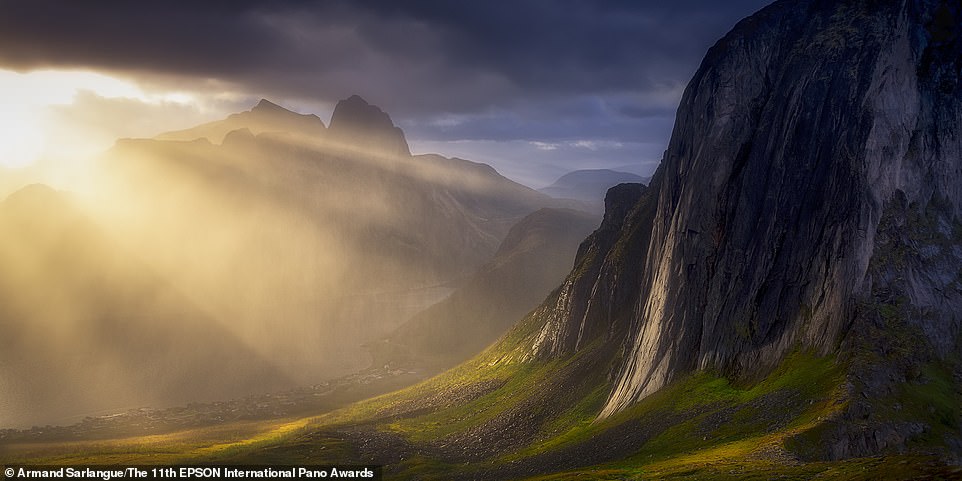 American photographer Greg Boratyn is behind this shot, taken in Finnish Lapland. He called it ‘Snow Ghosts’

Sarlangue wowed the judges with this shot of Utah’s Badlands. It came 42nd in the Open Landscape/Nature category

A sunrise over Venice, captured by Carsten Bachmeyer. It came 20th in the Open Built Environment/Architecture category 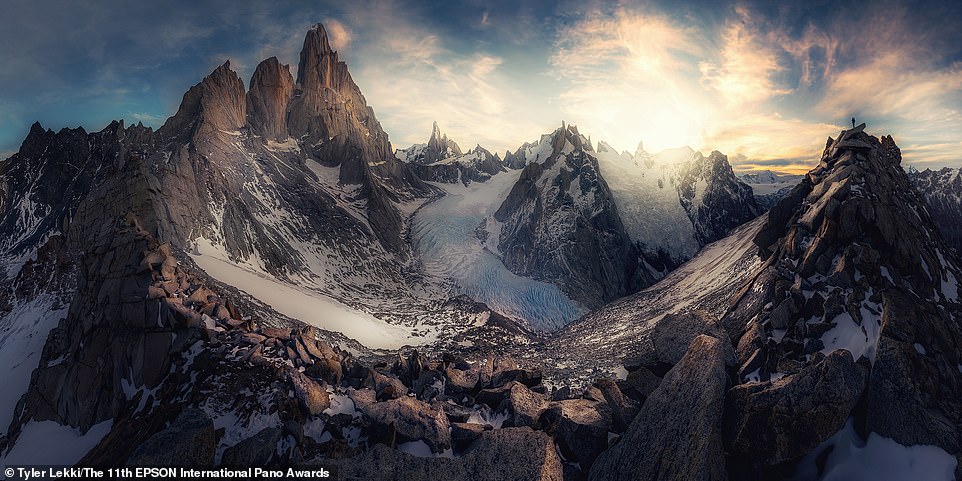 Floe Lake in British Columbia, captured by Jackisch. It came 31st in the Open Landscape/Nature category

The overall winning shot. Jackisch explained how his gold-medal-luring shot came to pass: ‘I spent a blissful day snowshoeing in the British Columbia Coastal Mountains in March. With such a deep snowpack, it was still very wintery up high. I find the more time I spend alone in nature, the quieter my mind gets. The quieter my mind gets, the more subtleties I notice in my surroundings. I only saw this tree because of that state of being. This image was a product of solitude and mindfulness.’ Visit www.mattjackischphotography.com to see more of his work