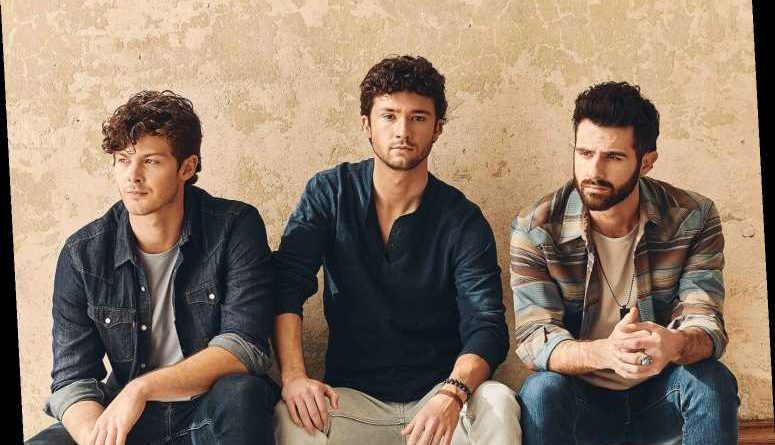 It was early 2020, and Restless Road were on top of the world.

Playing for a sold-out crowd of thousands as an opener on Kane Brown's 2020 Worldwide Beautiful Tour, the country trio made up of Zach Beeken, Colton Pack, and Garrett Nicholsfinally found themselves in the spotlight, and they were enjoying every minute of it.

"I remember how we were trying to meet as many people as possible between intermissions," Pack, 26, explains during a recent interview with PEOPLE. "We would have about 100 to 150 people to meet us and it felt like that was huge. We were on this extreme high — and then, there was a screeching halt."

Of course, that screeching halt was an impending pandemic.

But after eight years as a band, the shutdown that occurred shortly after the band began their serious climb to stardom served as merely a blip on their journey. This past October, Restless Road signed a lucrative deal with Sony/ATV Music Publishing Nashville. And earlier this month, the trio released their new single "Took One Look at Her Mama," an ingenious song that seems poised to become a summer blockbuster hit. All in all, it's been a wild ride, to say the very least.

The story of Restless Road begins all the way back in 2013, when Pack and Beeken auditioned separately for season three of the U.S. version of The X Factor. And while they were both eliminated before making it to the Top 40, they soon found themselves back on the show, when producer Simon Cowell decided to put them together with fellow contestant Andrew Scholz to form a country trio that would be called Restless Road. The harmonious group would go on to place fourth in the competition. But what ended up being truly important was the fact that it was there that they first met Brown.

Want to get the biggest stories from PEOPLE every weekday? Subscribe to our new podcast, PEOPLE Every Day, to get the essential celebrity, entertainment and human interest news stories Monday through Friday

"Shortly after we met him, he decided to not continue with the competition," remembers Beeken, whose group is now coincidentally signed to Brown's new label 1021 Entertainment. "And as we all know, he went to become the Kane Brown we know today."

But for Restless Road, the journey to stardom would take another route, a route filled with member changes and failed partnerships, dropped record deals and a general lack of direction. Things got so bad at the end of 2018 that Restless Road made the decision to take a break and return to the normality of real life.

"Colton was already doing construction and I was a bartender while doing graphic design on the side," recalls Nichols. "Zach was also working as a full-time bartender. I think we were just trying to take a moment to figure out what we wanted to do and where we thought this was all ultimately going to take us. I think it was good for us to sit back for a little while."

Because that's when the phone rang.

"Out of nowhere, Kane reached out to Colton and everything changed," Beeken remembers of the renewed connection that occurred after Brown saw Pack's cover of his 2019 hit "Good as You."

In July of 2019, the band found themselves back together again, creating their debut EP alongside famed producer Dann Huff. And in February 2020, Restless Road was not only touring with Brown, but had released their first single with him titled "Take Me Home." "Last year was unbelievable in the way that we were able to get a taste of what touring was like and everything, but the fact is that no one really knew who we were," says Pack.

And then, COVID hit.

And then, it seemed like the whole world met Restless Road.

Because while they spent much of their unexpected time off in the writing room, they also upped their social media game, big time. In the span of the past year, Restless Road went from zero followers to over a million on the almighty TikTok. And now, they are just itching to get back on the road to greet their newfound fans.

"Social media is great, but at some point, you need the live portion," says Pack. "You can only know so much of a person behind a screen. We are excited to get back on the road and let them see that side of us too. I mean, the energy difference from then to now? It's just going to be an amazing moment to be back out there and show people who we really are."