It isn’t too late to ring in the new year in style with your friends or family. Watch fireworks and sip bubbly at a country hotel, get away at a holiday park, chill at a beach resort or turn up the adrenalin on the ski slopes. 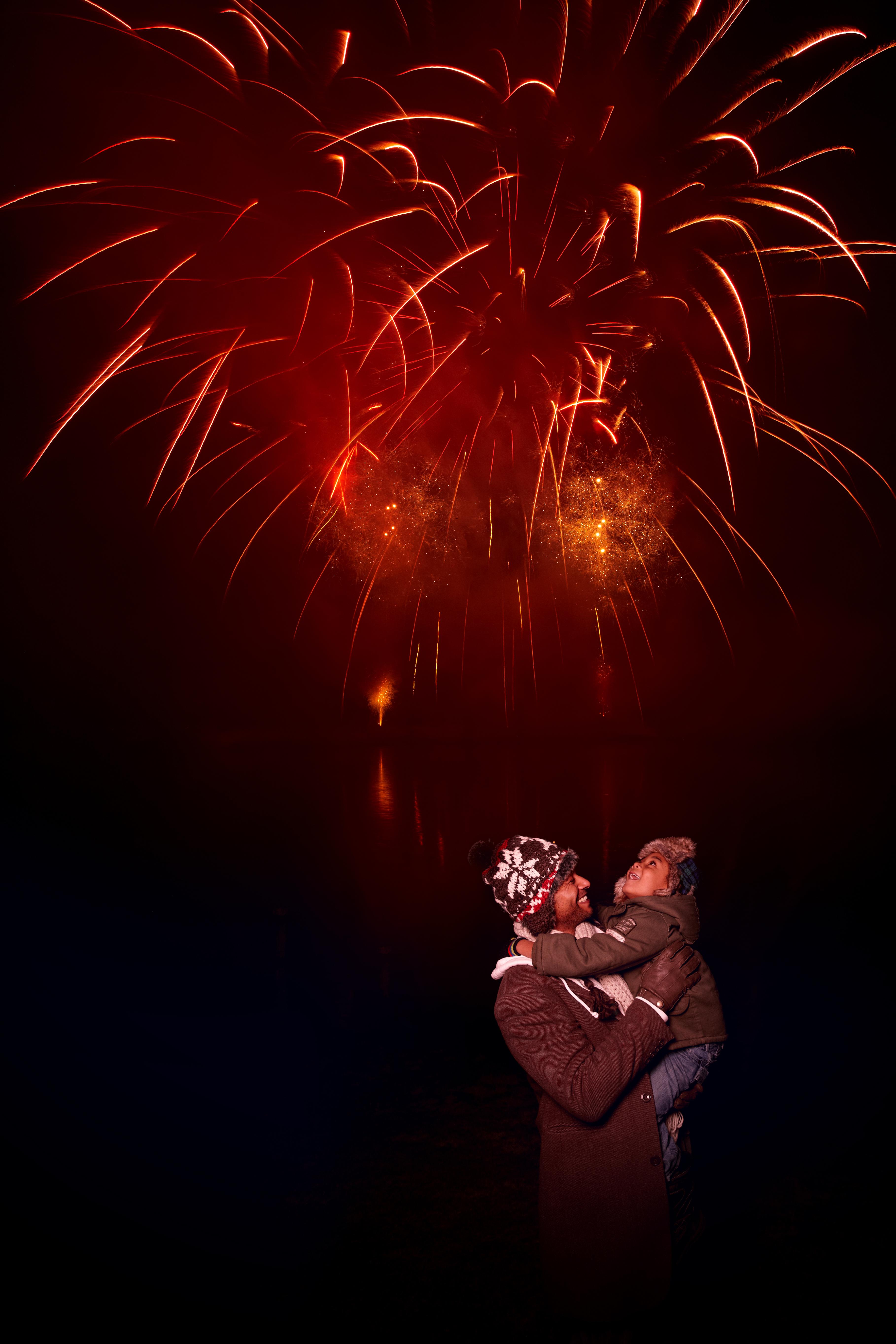 Whether you want a few nights away or a week’s holiday, we have picked out ten sparkling deals at home and abroad.

IF you fancy getting away with a group of friends or family, there are lots of large properties you can rent.

Oceans Edge in Looe is a luxurious four-bedroom beach house with a hot-tub, woodburner, sea-view garden terrace and a freestanding bath made from crushed marble. 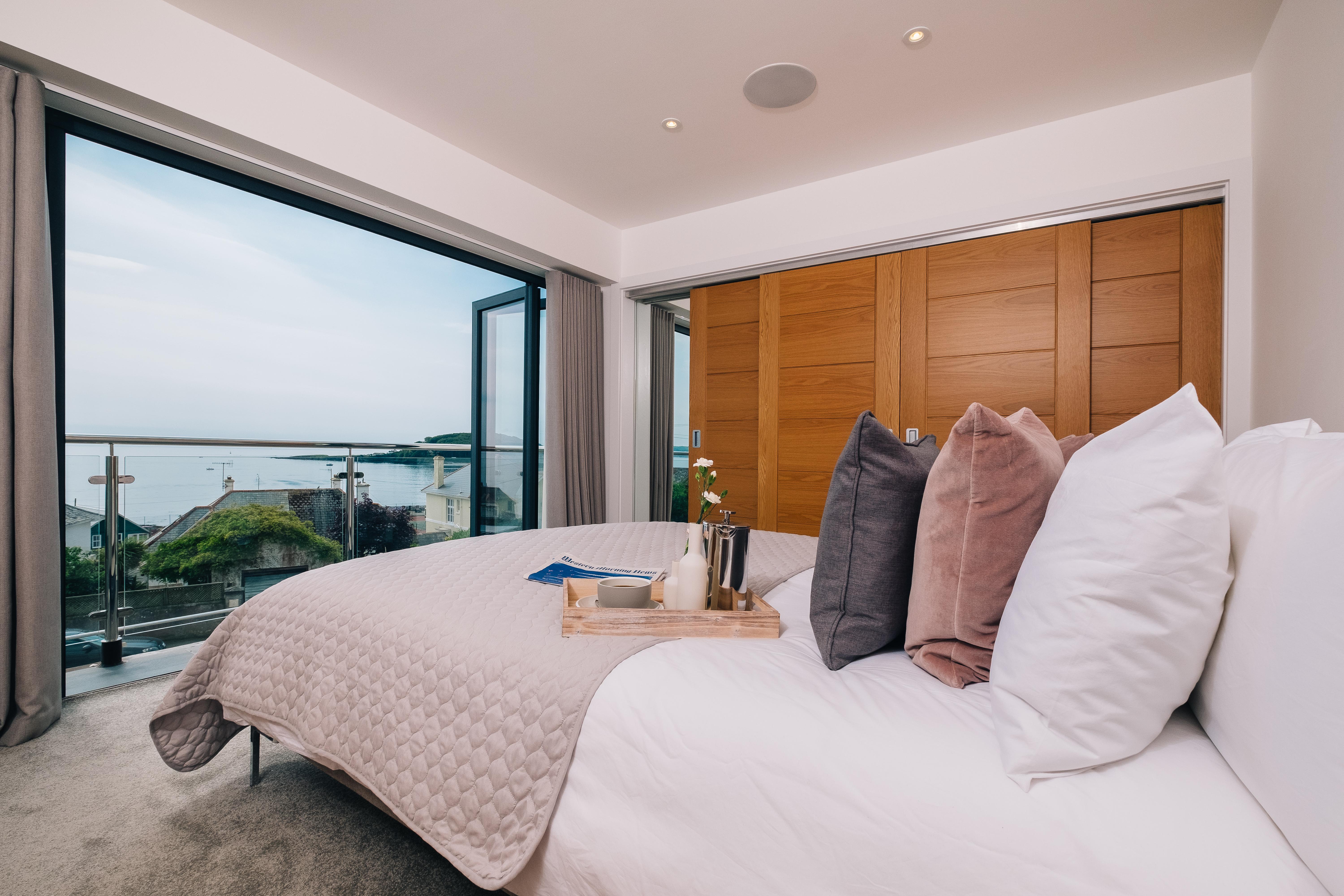 Get your fancy dress costume out and join the locals who parade through the streets on New Year’s Eve. Enjoy two fireworks displays at the Banjo Pier – one at 6pm for families with young children and one at midnight.

Looe prides itself on its fresh seafood, so tuck into award-winning fish and chips at the harbour or in one of the many restaurants. Wash it down with scrumpy cider.

A FIVE-NIGHT stay for up to eight at Oceans Edge from December 29 costs £2,295. Or get seven nights for £2,495. See thebeachhousecompany.co.uk.

IF you have a busy Christmas lined up, enjoy a chilled New Year’s Eve with this deal.

Snuggle up by a roaring fire at a Georgian Manor House hotel where you won’t have to lift a finger – or break the bank to do it. Brooks Country House in Ross-on-Wye, Herefordshire, has a two-night deal including bubbly and a two-course meal one night, plus a New Year’s Eve feast with a performance by Australian soprano Miranda Keys. 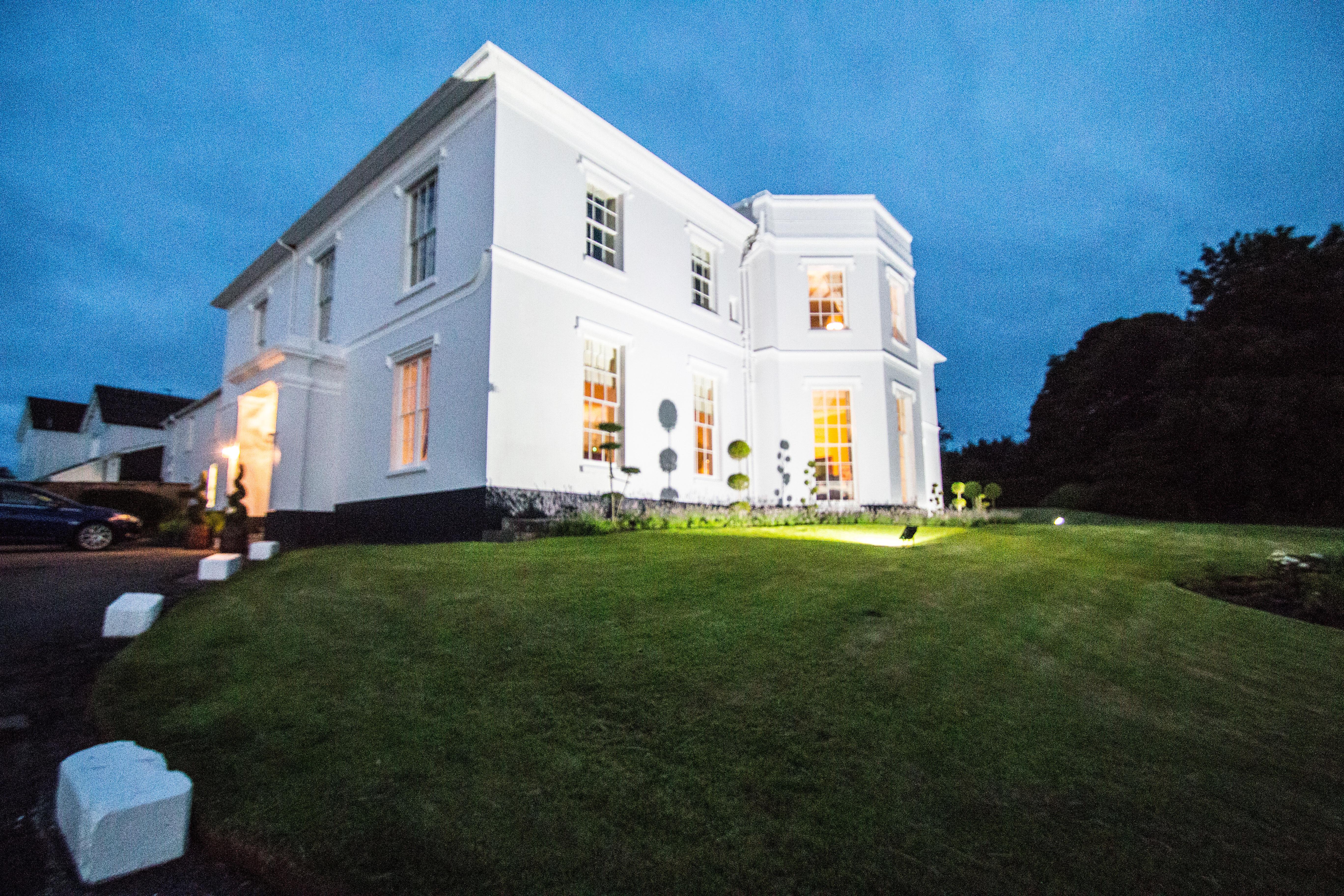 Wake up in 2019 and tuck into a hearty breakfast before exploring the beautiful grounds, which boast a lake and vineyard. Then drive to Cheltenham for the New Year’s Day horse racing meet or visit Goodrich Castle, a brilliantly preserved medieval castle ruin.

TWO nights’ stay from either December 30 or 31 are from £195pp. Dogs welcome. See brookscountryhouse.com.

ENTERTAINMENT galore for all the family is promised at Away Resorts’ holiday park on Hampshire’s Hayling Island.

The four-night break at Mill Rythe includes a pantomime, Cinderella, a New Year’s Eve party as well as a comedian and a Gary Barlow tribute act. 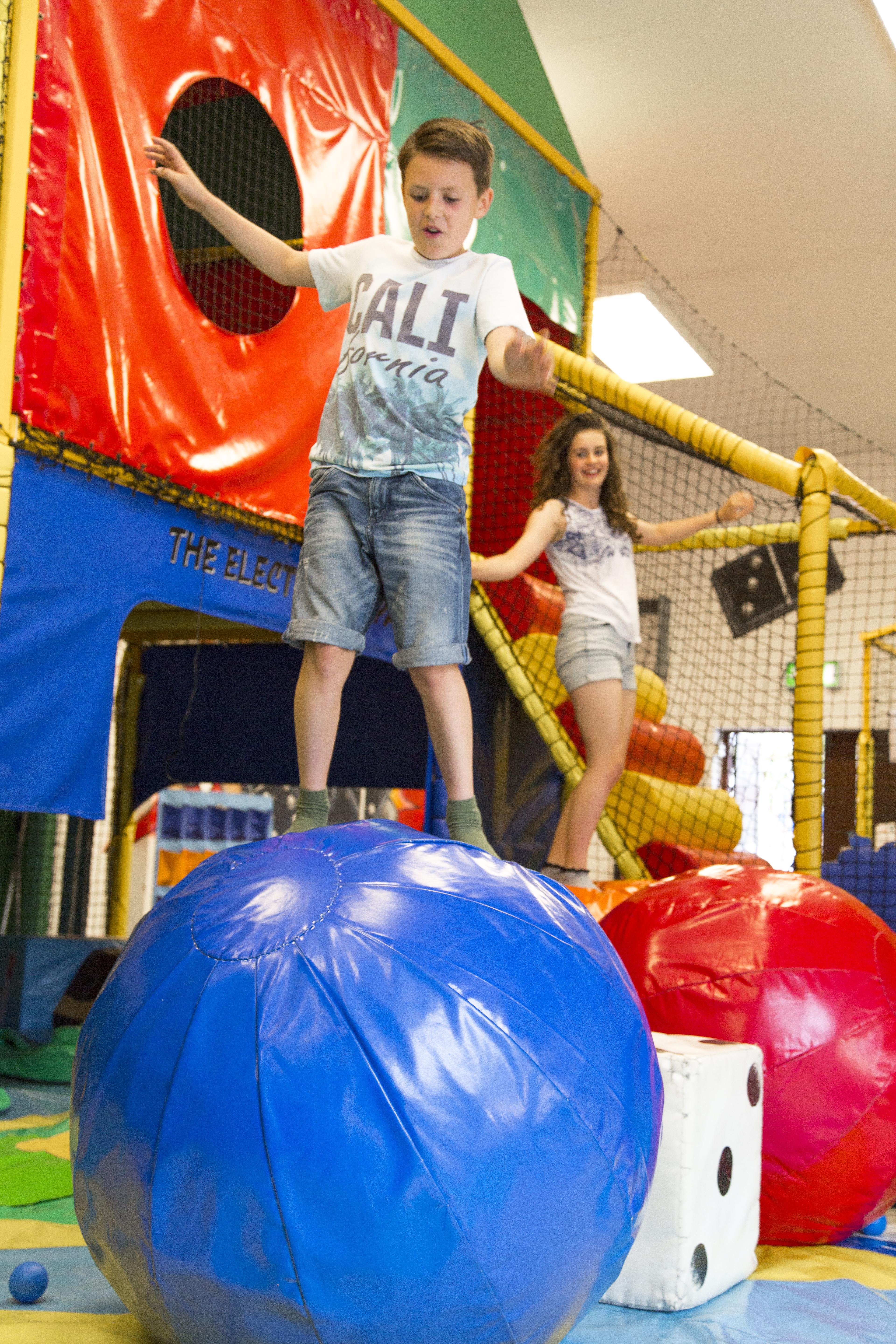 Kids’ activities include archery, fencing, hoverboarding, high ropes, climbing and abseiling and there’s no need to worry about the weather. The park has an indoor pool and play area. And accommodation ranges from caravans to lodges with hot tubs.

Explore the island, which has miles of unspoilt coastline and countryside, on foot or bike.

CELEBRATE Hogmanay north of the border – but you don’t have to be in Scotland’s party capital of Edinburgh.

Stay at the Bay Highland Hotel, nestled in a beautiful green glen in the spa town of Strathpeffer, which is a great base for exploring the Highlands. 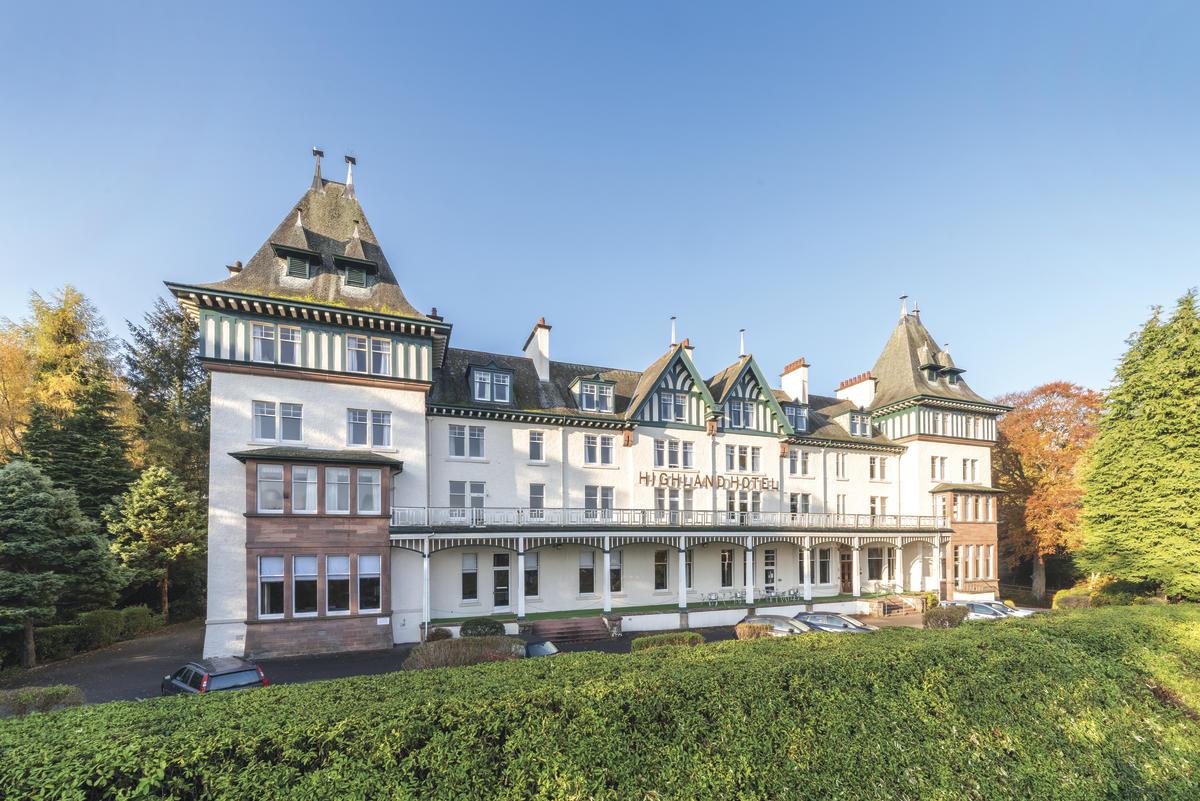 After ringing in 2019, you will be in the perfect place for a brisk New Year’s Day walk to attractions such as Rogie Falls, a series of waterfalls on the Black Water.

The package includes a five-course dinner on New Year’s Eve, as well as a drinks reception, entertainment and an excursion to Inverness.

THREE nights’ half-board at the Bay Highland Hotel and coach travel from various pick-up points in Yorkshire, the North East and East Midlands are from £382pp. Find out more at shearings.com.

RUN for fun at Center Parcs around the UK, including at Longleat Forest, Wilts.

As well as the First Mile dash, there are fireworks displays to enjoy, while restaurants will serve New Year’s Eve delicacies. 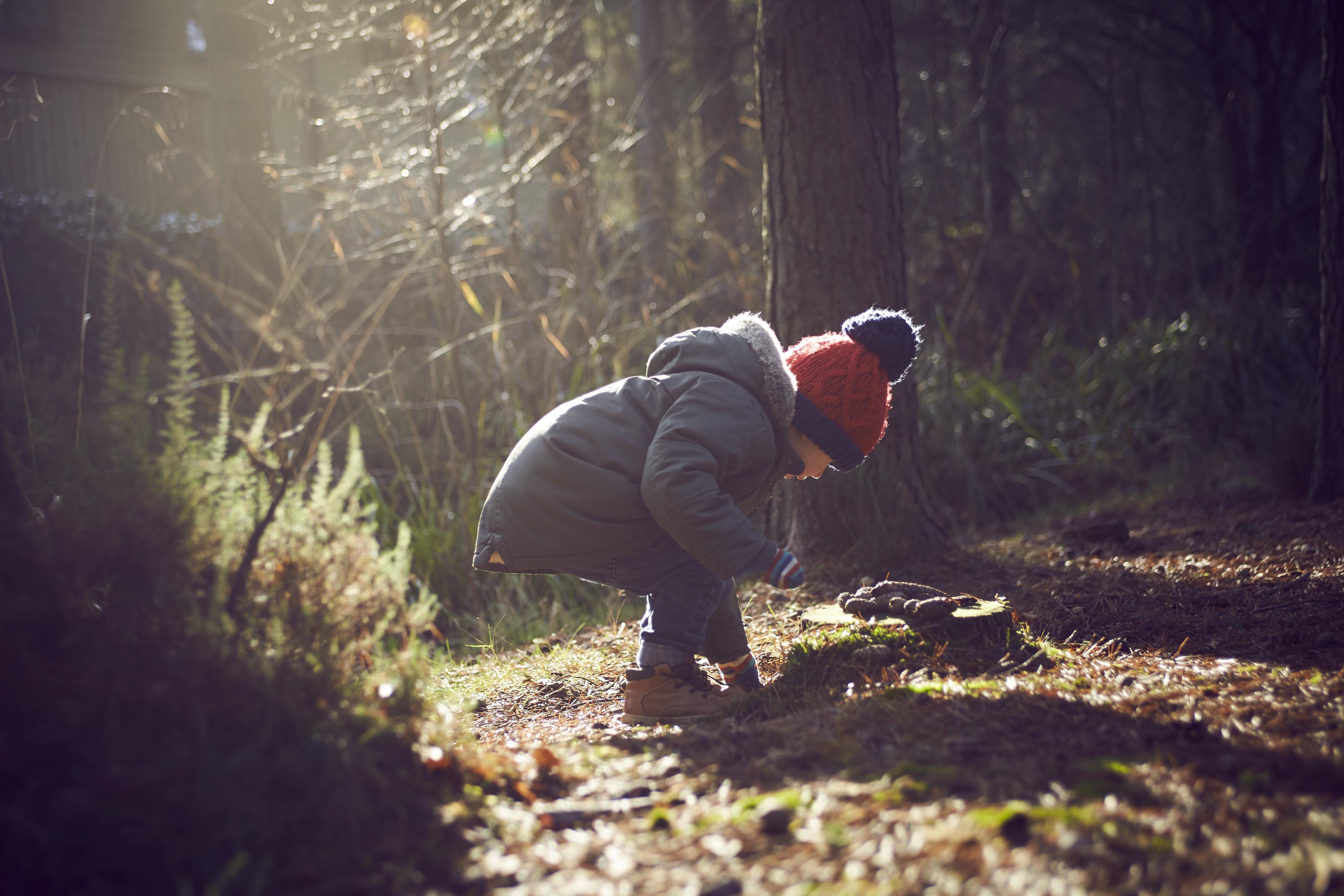 Activities include indoor climbing challenges, ten-pin bowling, Aerial Adventure in the trees and pony rides in the forest. There is pottery painting for all ages, adventure golf and a spa for the adults offering a variety of treatments.

There is no need to worry about the weather. Each village has a huge Subtropical Swimming Paradise heated to 29.5C, while Longleat Forest’s new water rides and play areas include slides, giant tipping buckets and fountains.

FIREWORKS light up the sky over the Italian capital as people dance in the streets to live music to “Capodanno”.

Enjoy free concerts, movie screenings and DJ sets across various venues on December 31 and January 1. Kids will love the circus performers in particular. 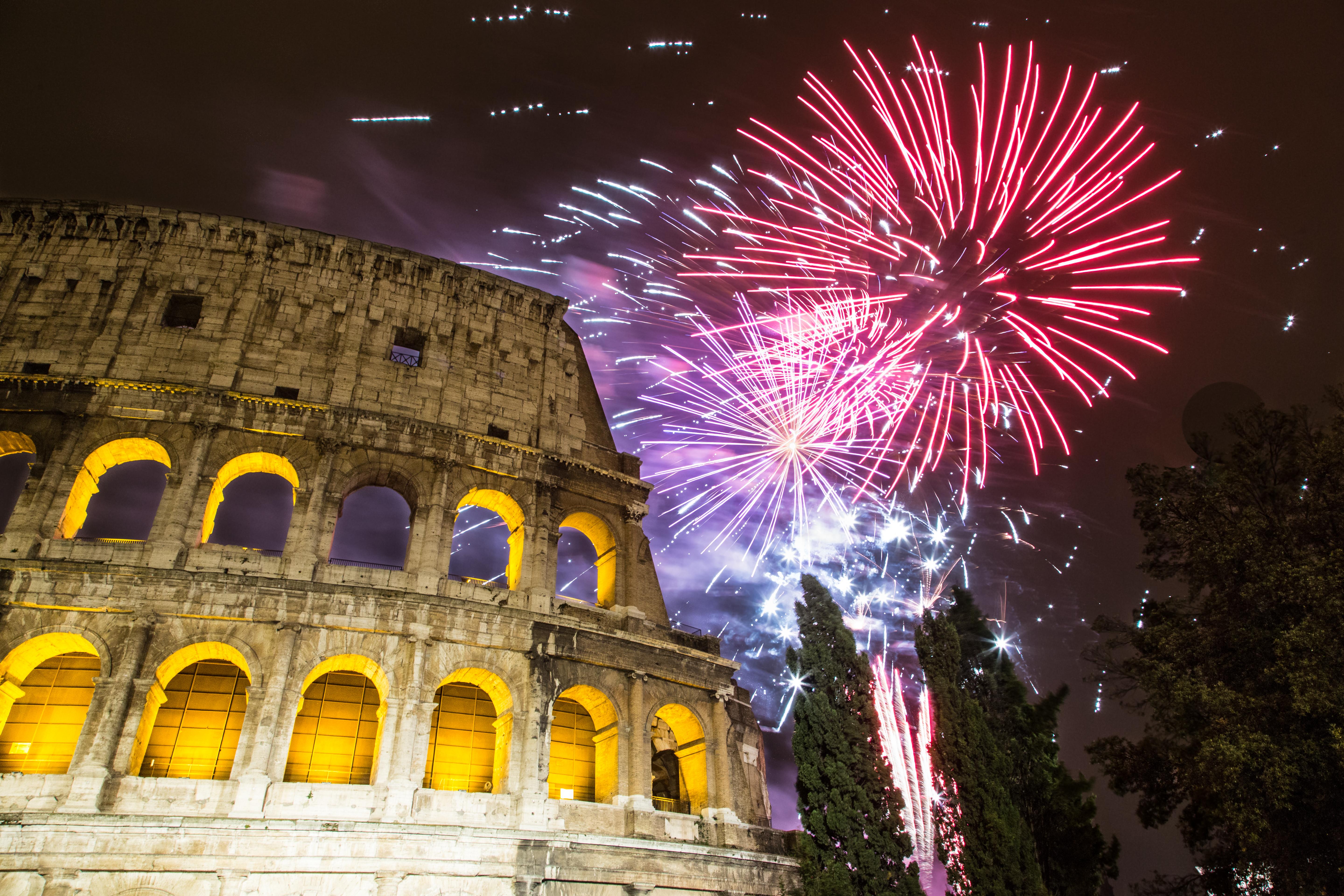 And what a beautiful city in which to welcome 2019. Rome is packed with historic treasures, such as the Spanish Steps, St Peter’s Basilica, the Colosseum and the Trevi Fountain.

If you fancy starting your 2019 exercise regime early, join the 5km or 10km We Run Rome on the afternoon of New Year’s Eve. The Christmas markets in Piazza Navona and the Auditorium Parco della Musica, which has an ice rink, are still on too.

THREE nights’ room-only at the 4H The Church Palace hotel, flying from Liverpool on December 30, is from £399pp. See loveholidays.com for more information.

DIVE into 2019 in the gorgeous, clear waters of the Egyptian coast and relax in temperatures of 24C.

The resort of Hurghada on the Red Sea is a paradise for scuba diving and snorkeling, teeming with colourful fish and coral. There are lots more watersports to enjoy, plus boat trips and land-based activities like quad biking and safari tours. 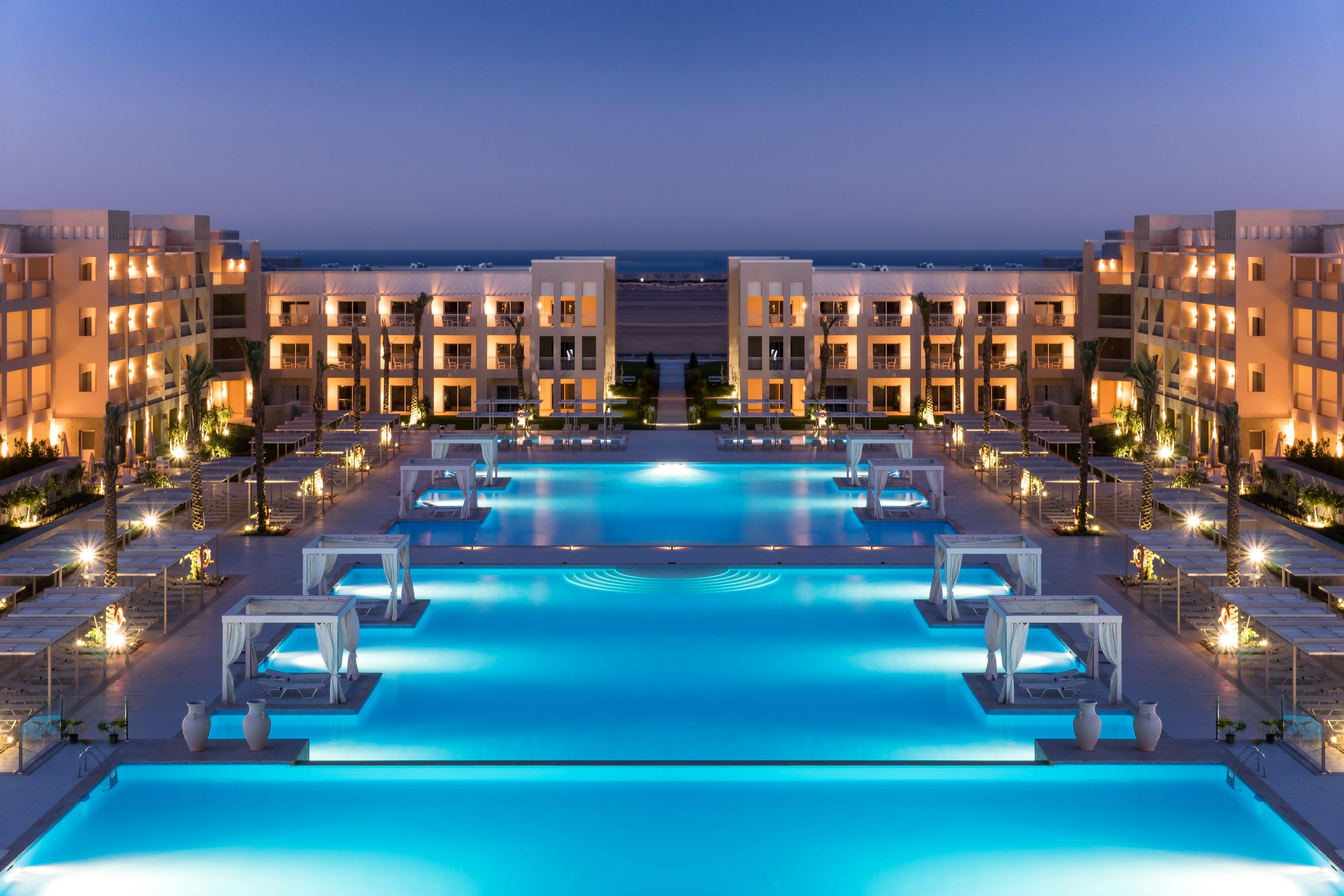 Take a day trip to Cairo to see the mighty Pyramids and hop on a camel for a very different desert experience.

The 5H Jaz Makadi Aquaviva at Makadi Bay offers unlimited entry to one of the country’s top waterparks – Makadi Water World. It has 50 chutes, slides and rides, as well as a pirate-themed splash park for kids.

SEVEN nights’ all-inclusive at the Jaz Makadi Aquaviva, departing from Bristol on December 27, is from £819pp. Head to holidayhypermarket.co.uk for more details.

SHOP, ice skate, tuck into Boston cream pie and ring in the New Year – with a short transatlantic flight time of seven and a half hours from Gatwick, the state capital of Massachusetts is ideal for your first mini-break of 2019.

Learn about the American Revolution on the self-guided, 2.5-mile Freedom Trail walking tour and head to Back Bay for boutiques and Wally’s Cafe, one of the country’s oldest jazz clubs. 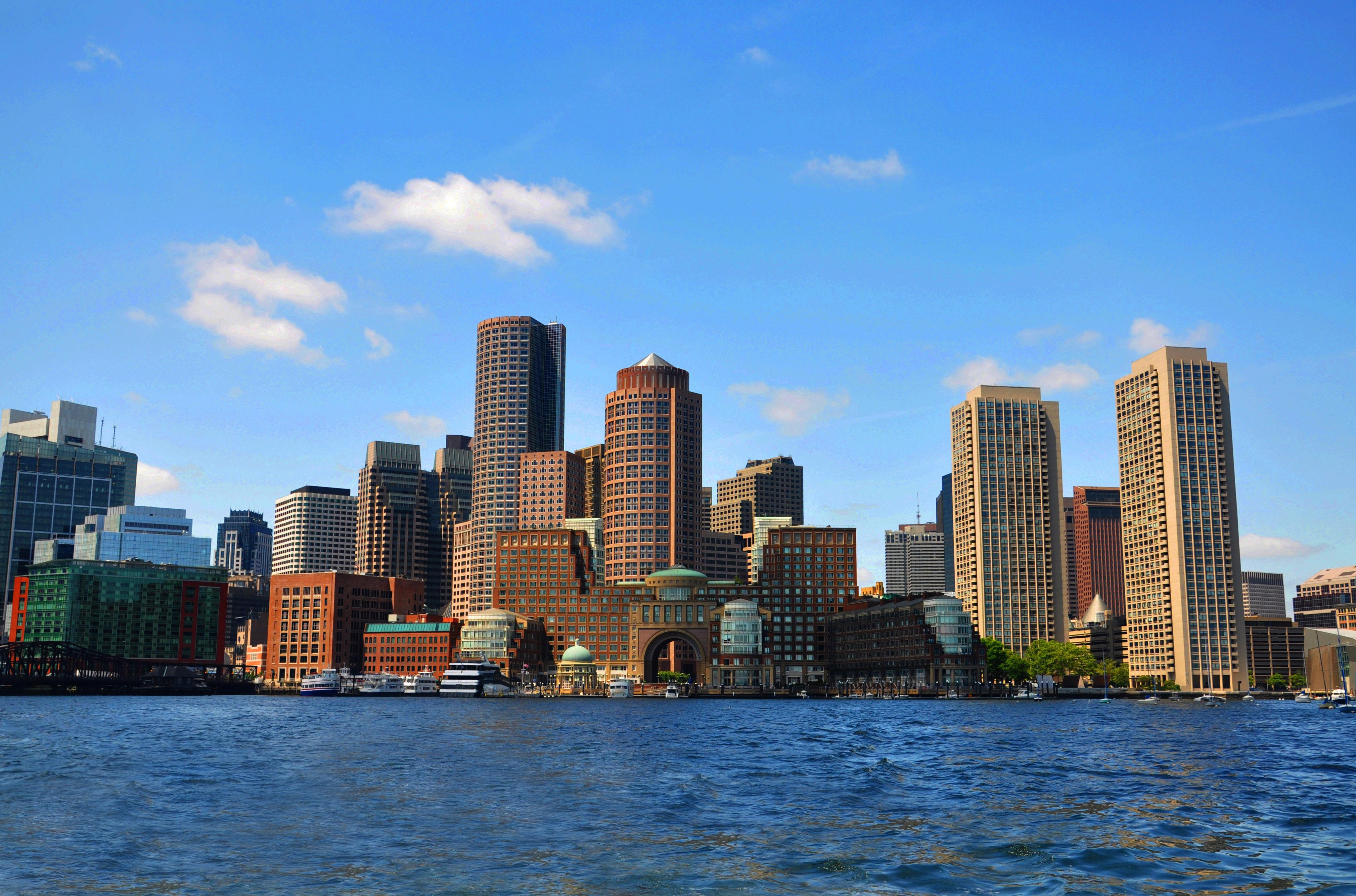 See the superb ice sculptures, enjoy the parade and welcome in 2019 by watching fireworks over Boston Harbour and Copley Square.

Stay at the historical Boston Park Plaza, which has hosted politicians and celebs from Winston Churchill to Katherine Hepburn since 1927.

THREE nights, room only, at the Boston Park Plaza, flying from Gatwick with Norwegian on December 29, is from £595pp. See americaasyoulikeit.com.

THE Spanish love a good party, and New Year celebrations in Majorca last all the way until January 6.
Holidaymakers are encouraged to join in colourful parades and festivals which are held all across the island.

On New Year’s Eve, soak up the atmosphere of the light and sound show, special effects and live music along the tree-lined avenue of Passeig del Born in capital Palma. 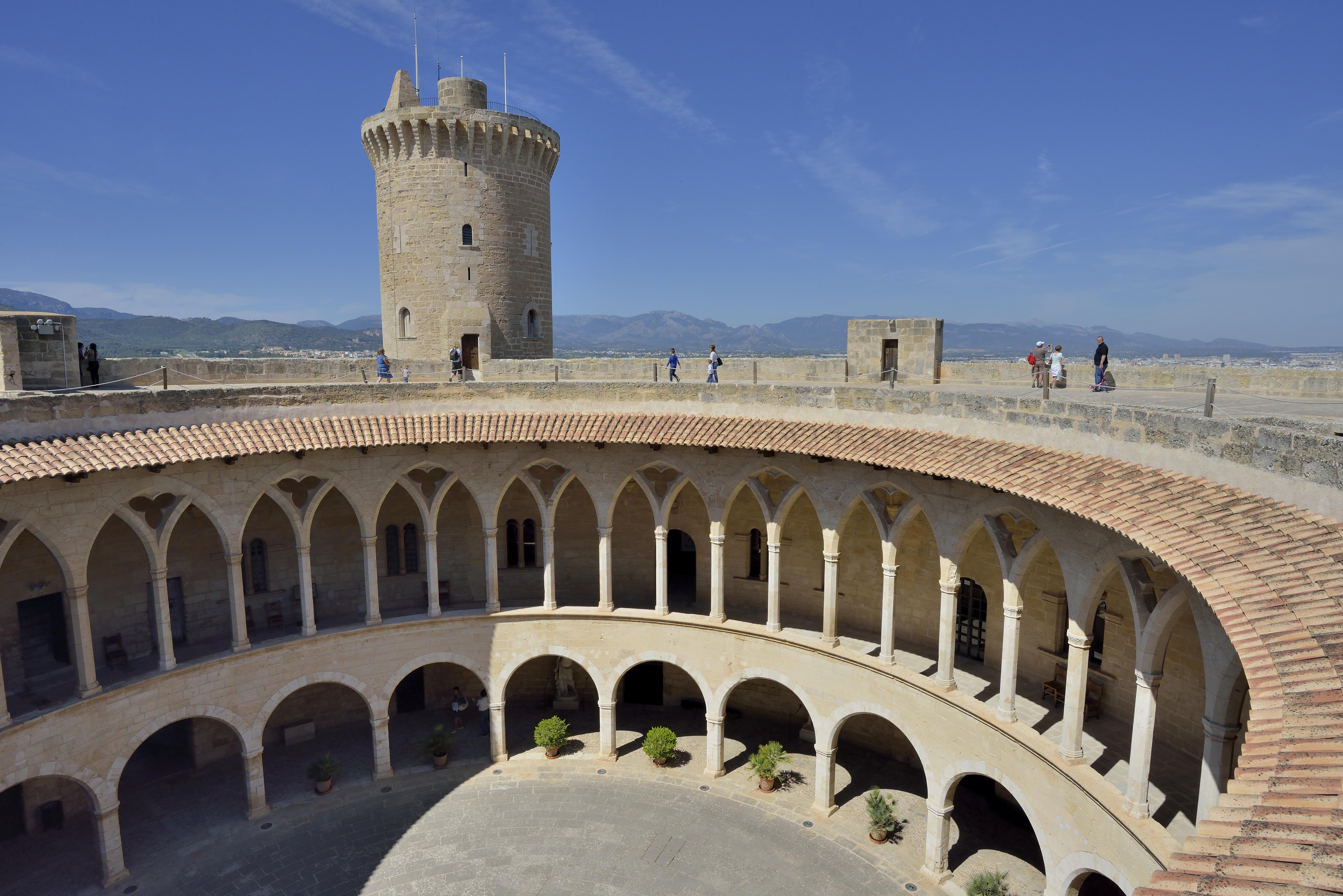 The city, just over a two-hour flight from the UK, is packed with tapas bars, boutiques, galleries, nightclubs and historic architecture including the 13th century Gothic cathedral and Bellver castle.

There are activities and attractions for both couples and families – watersports include canoeing and boat trips and there’s a Marineland, zoo, aquarium and the biggest waterpark in Europe.

THIS beats going down to the local – although you will still get great beer. Try a Viking New Year’s Eve at Flam in Norway’s fjords at the 3-star Flamsbrygga Hotel.

The evening starts with a feast including venison, lamb and salmon at the Ægir BrewPub, where award-winning beers are brewed onsite. 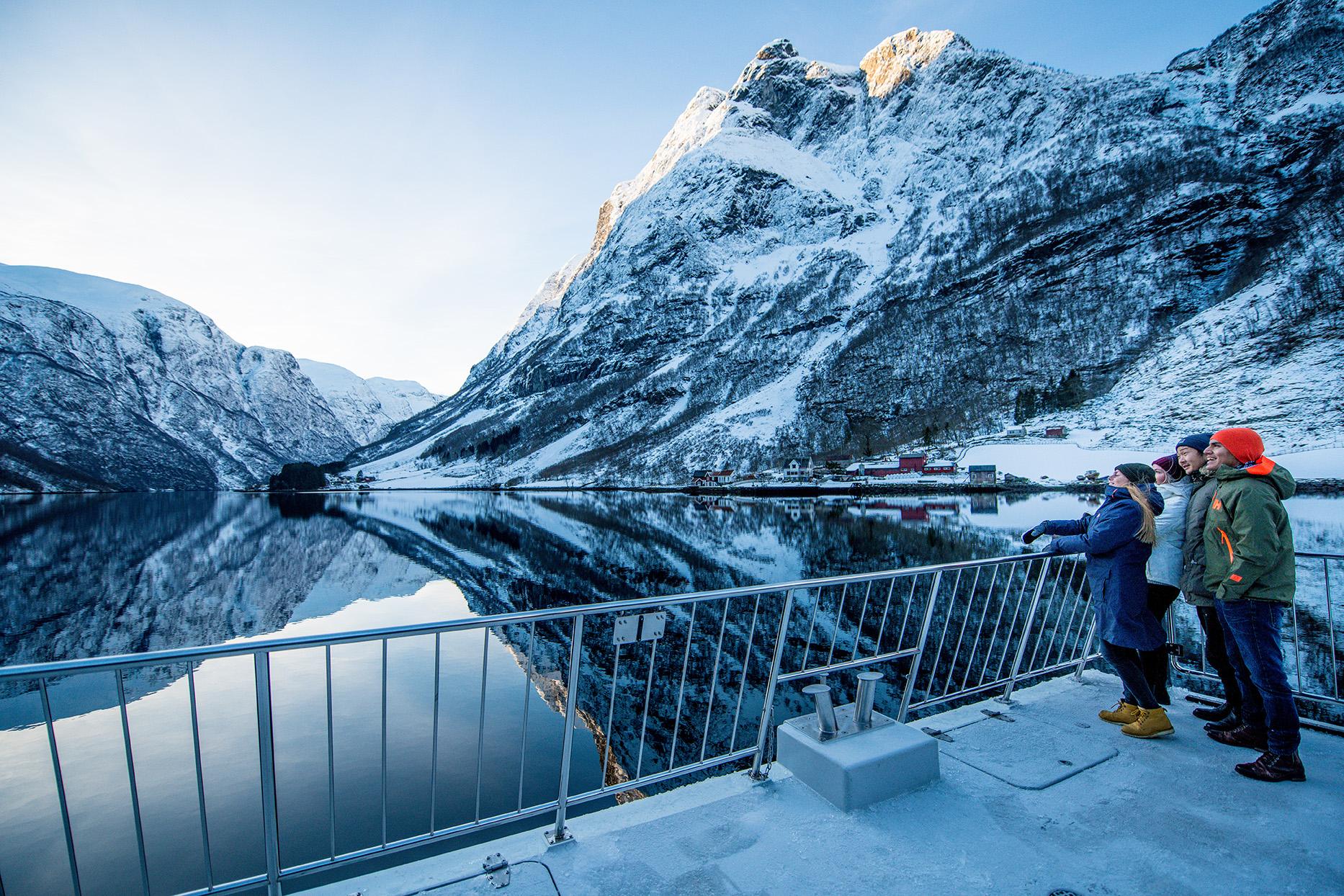 Then board a midnight fjord cruise with live music and fireworks to welcome in 2019.

The trip includes two nights at Flam, the terminus for a world-famous railway passing through frozen waterfalls and stunning landscapes. For the rest of the holiday, you will move up to the 3-star Bardola hotel in the ski resort of Geilo, where it will be time to hit the slopes.

TWO nights’ B&B at the Flamsbrygga Hotel and five nights at the Bardola, including flights from Gatwick, from £1,295pp. See skisafari.com.