British tourists arriving in Majorca and Ibiza face a May Day shock if they haven’t done their homework as the doubled tourist tax comes into operation today.

And to add to their woes, the overall charge for their stay on the holiday islands will also see VAT added at 10 per cent after Madrid ruled it wanted some of the proceeds from the so-called sustainable tourism tax.

The new rates for the increased tourist tax will apply from May 1st until October 31st for all those over the age of 16. The daily price then decreases by 50 per cent for the low season. 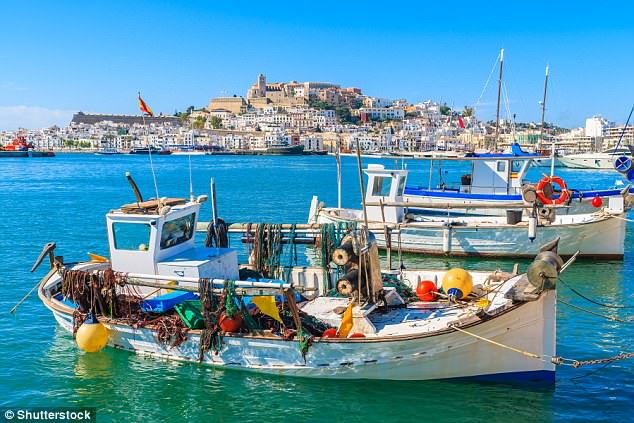 British tourists arriving in Majorca and Ibiza, pictured, face a May Day shock if they haven’t done their homework as the doubled tourist tax comes into operation today

This summer will also be the first time cruise ship passengers will be subject to the charge as part of the Balearic’s bid to bring in millions of euros of extra income.

Total revenue of around 120million euros is expected in 2018.

Hoteliers have already warned that the extra fee will make the islands less attractive to visitors who will seek out bargains elsewhere, particularly with the resurgence of destinations such as Tunisia or Egypt. They believe up to a million holidaymakers could be lost.

‘Majorca and the rest of the islands will lose competitiveness as a holiday destination with respect to Turkey, Egypt or Tunisia, which will devalue their currencies to be much more attractive for German and British tourism,’ says president of the Hotel Federation of Majorca, Gabriel Llobera. 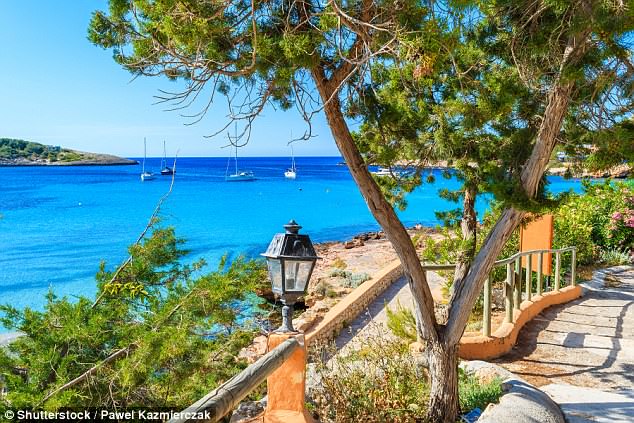 The Balearic Government says the tax will still be ‘the lowest in Europe’ compared to Brussels (average cost of eight euros), Florence (five euros) and Amsterdam (three euros)

However, the Balearic Government has told the Association of British Travel Agents that the ‘sustainable tourism tax’ only represents between 1.4 to 2.1 per cent of the daily expenditure of tourists visiting the islands and the revenue, around 120 million euros in 2018, is being ploughed back into environmental projects.

The controversial tax was reintroduced in 2016 and tourism chiefs point out that it was set at the same level as when first charged but later dropped in 2011.

They have written to both Abta and Germany’s equivalent, the DRV in defence of the charge to explain how the money is being spent, including on upgrading sewage treatment and water plants.

‘The number of visitors coming to the Balearic Islands continues to rise year after year and this generates greater environmental impacts,’ says the Balearic tourism department. ‘The revenues of the tax are primarily invested in environmental protection projects in order to substantially reduce these impacts and preserve our territory.’

The tax decreases by 50 per cent on the ninth night of a holidaymaker’s stay.

For the first time, the Government will also charge cruise ship passengers if they stop at a port in the Balearic Islands regardless of the berth time – up to now it was only charged after 12 hours. The fee will be two euros and this alone is estimated to generate revenue of about 1.8 million euros.

The Balearic Government says the tax will still be ‘the lowest in Europe’ compared to Brussels (average cost of eight euros), Florence (five euros) and Amsterdam (three euros).