UNTIL last year, Brits were complaining about having to compete for the best sun loungers by the pool on holiday.

No one would have believed that in 2020, tourists would be queueing to get onto the beach. 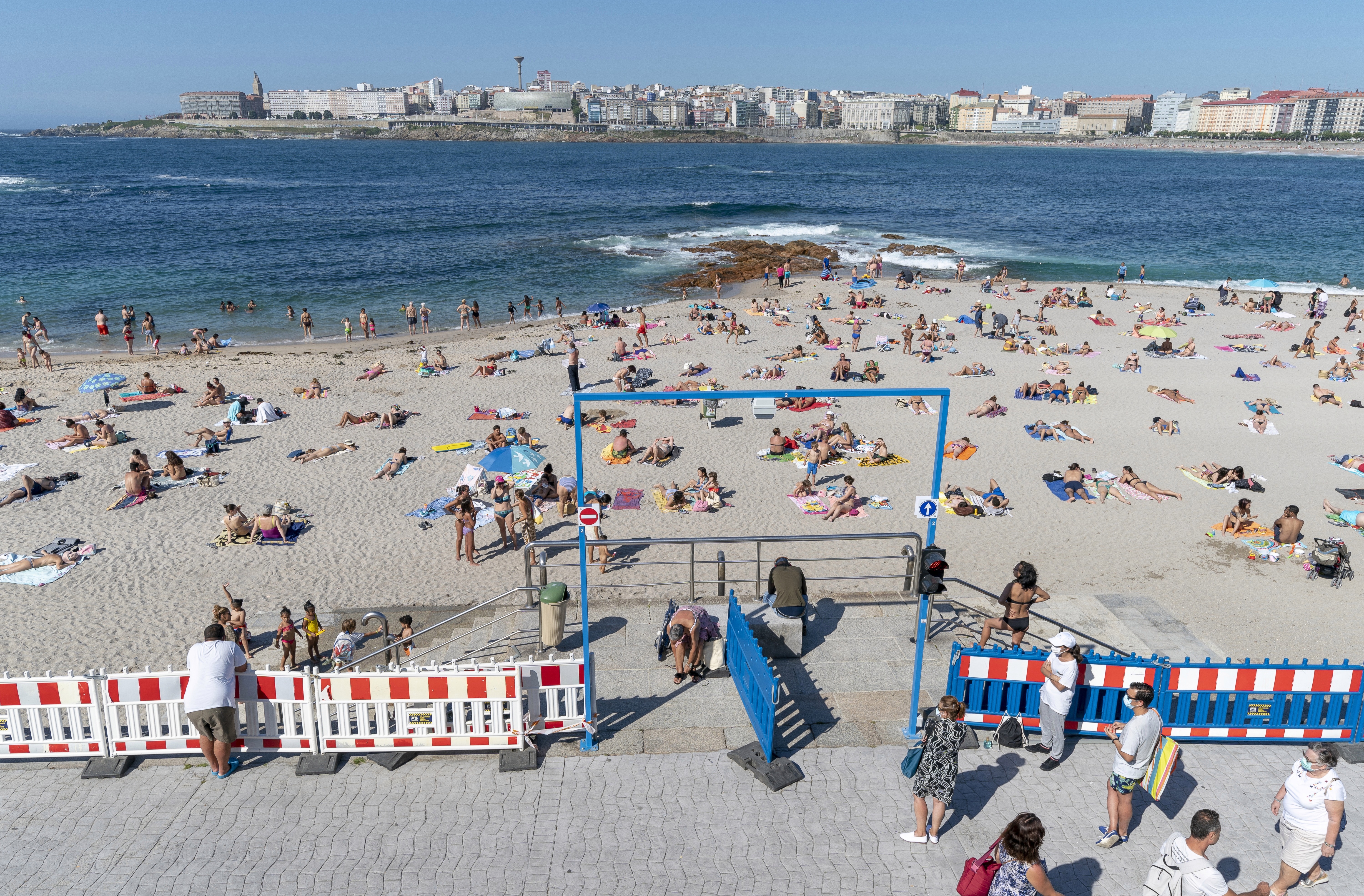 But even this morning – a weekday in July, before the schools have broken up and the quarantine on Brits travelling abroad has lifted – there was a line of people waiting to get onto Riazor beach in Spain.

The stretch of shoreline in Coruna has had an arch installed since June 22, that counts the number of people passing beneath it.

There is a traffic light system that then allows or prohibits people from entering, based on how many sunbathers are already in place, in order to curb the spread of coronavirus.

Anyone wanting to avoid queues can check online to see how full the beach already is. 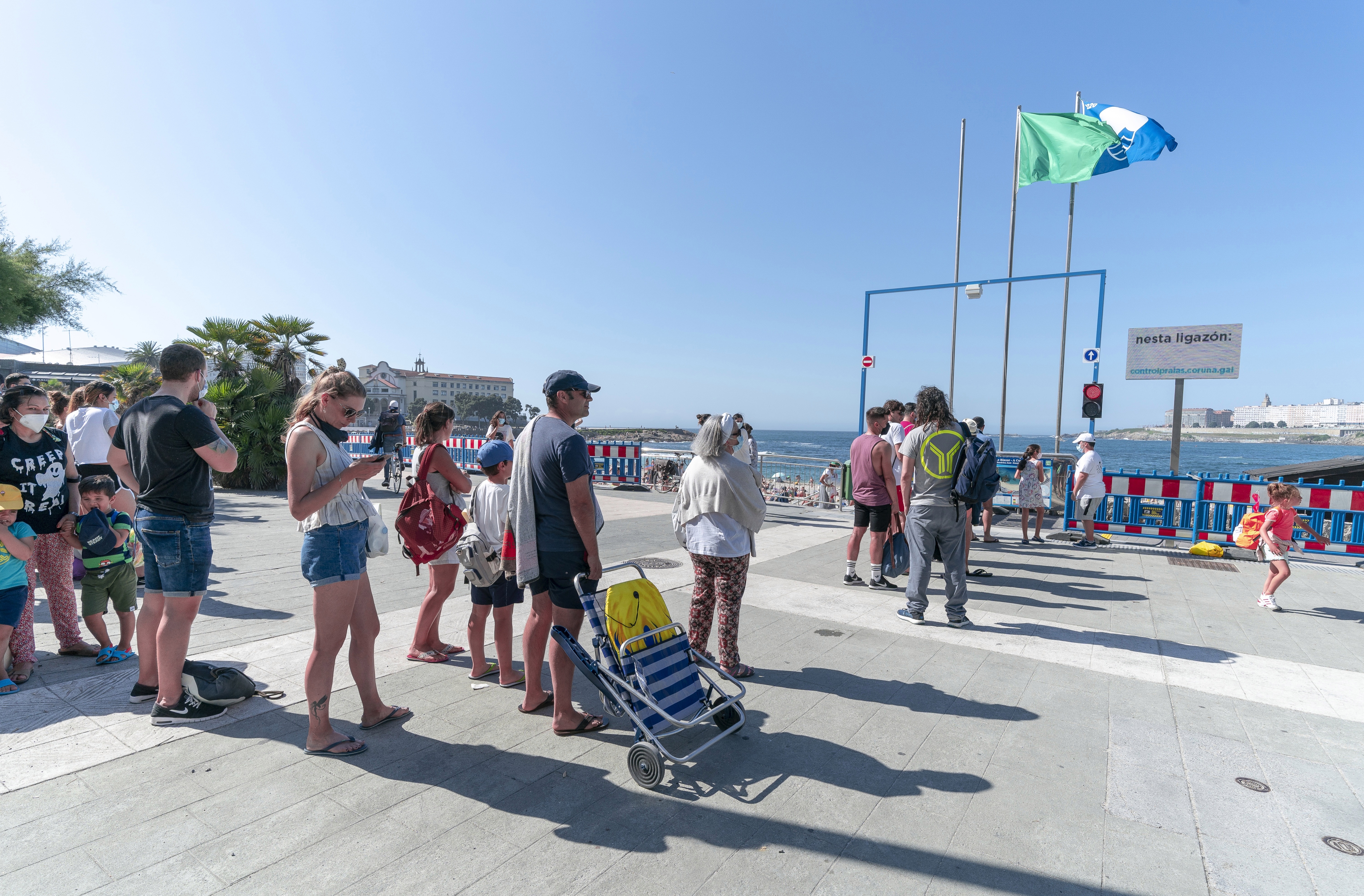 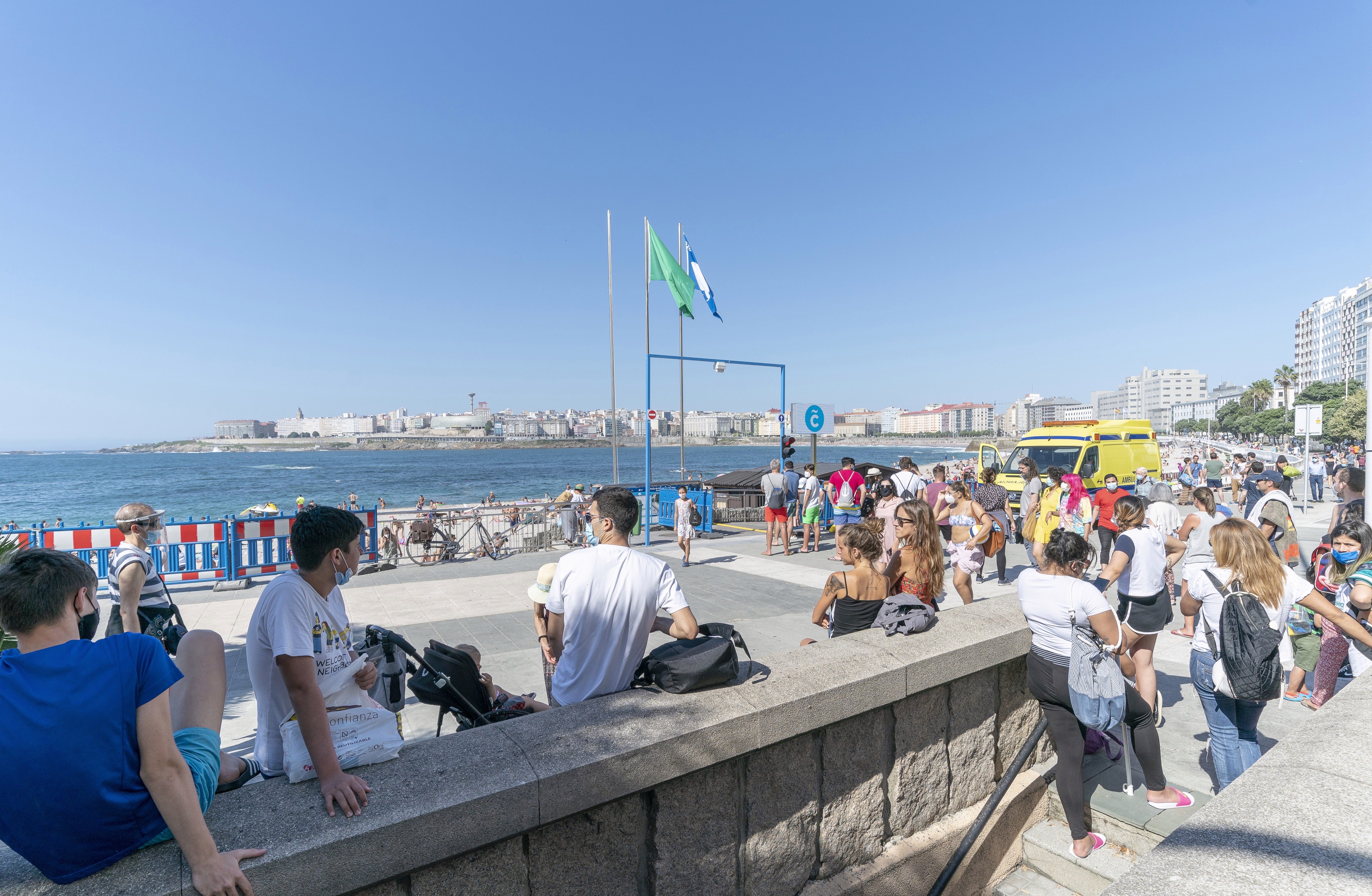 It might seem a little over the top, but around 55 beaches in southern Spain’s Andalucia region were closed this weekend, as they struggled to maintain social distancing.

The closures included 29 beaches on Málaga’s Costa del Sol, as well as a further 14 in Cádiz, nine in Huelva, two in Almería and one in Granada.

While the majority are thought to have reopened yesterday, it is the third week in a row that beaches have had to close.

Last month, police were forced to turn people away from beaches across the Costa del Sol, while a handful of beaches along the Costa de la Luz shut by lunchtime due to high volumes. 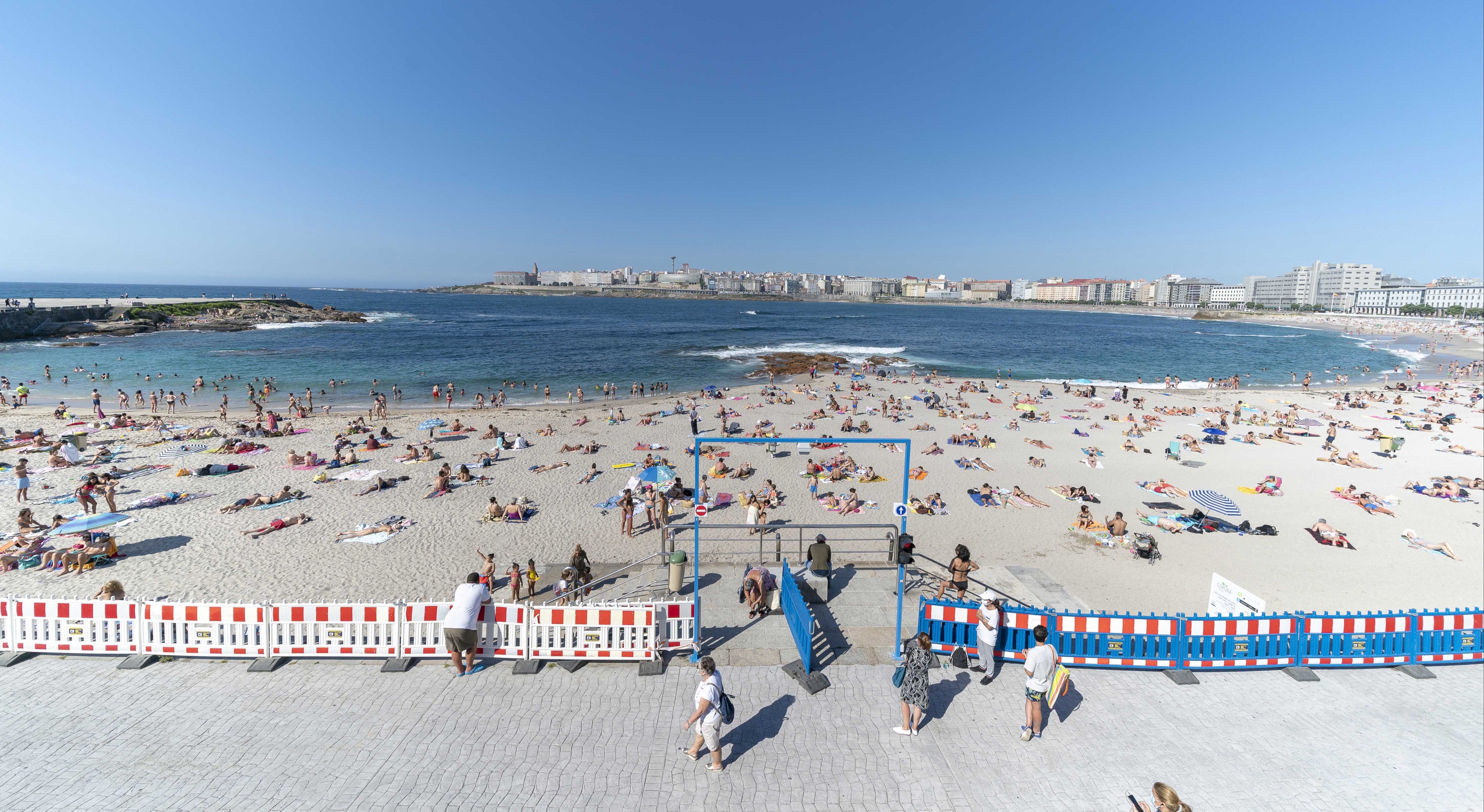 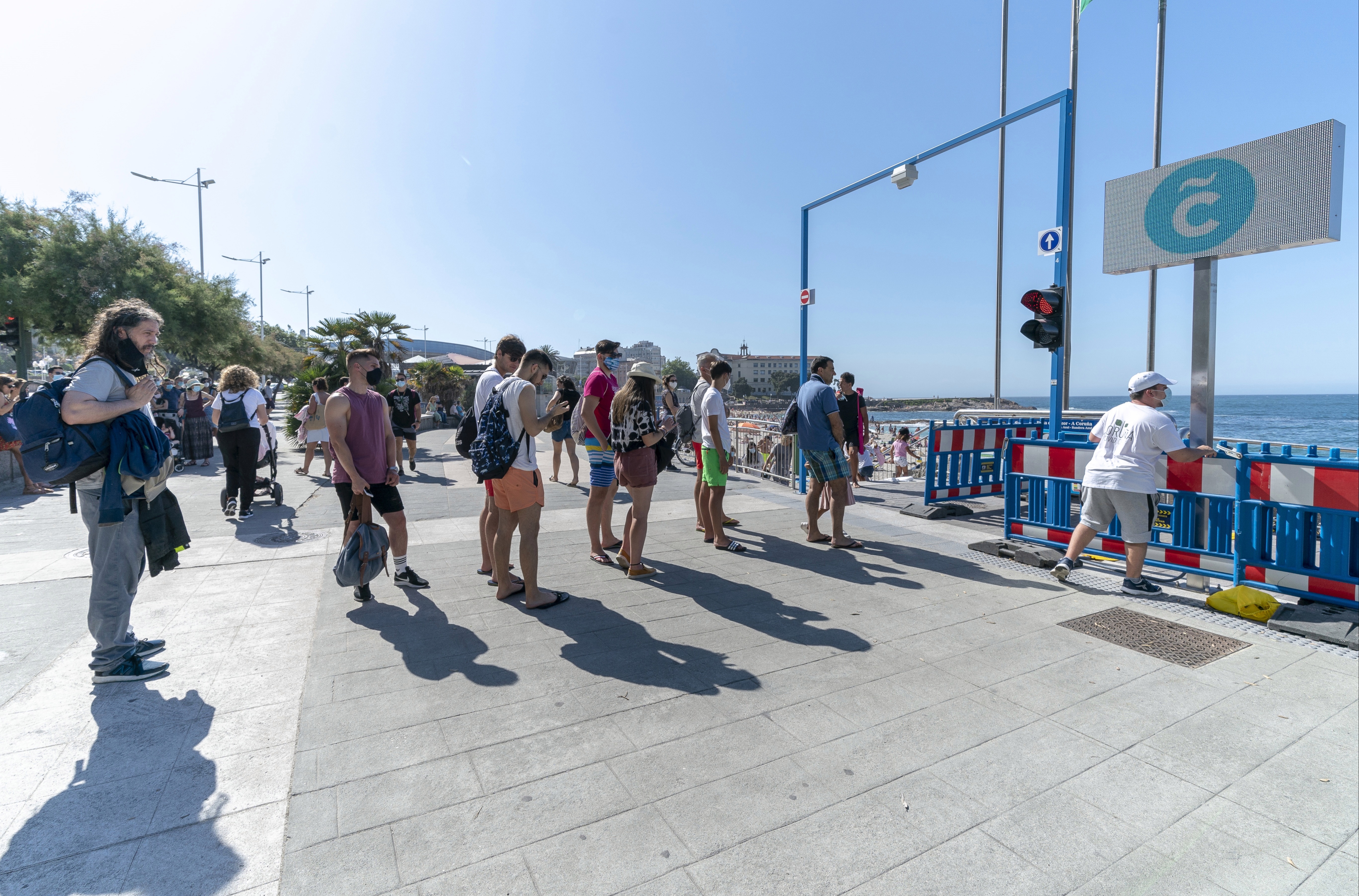 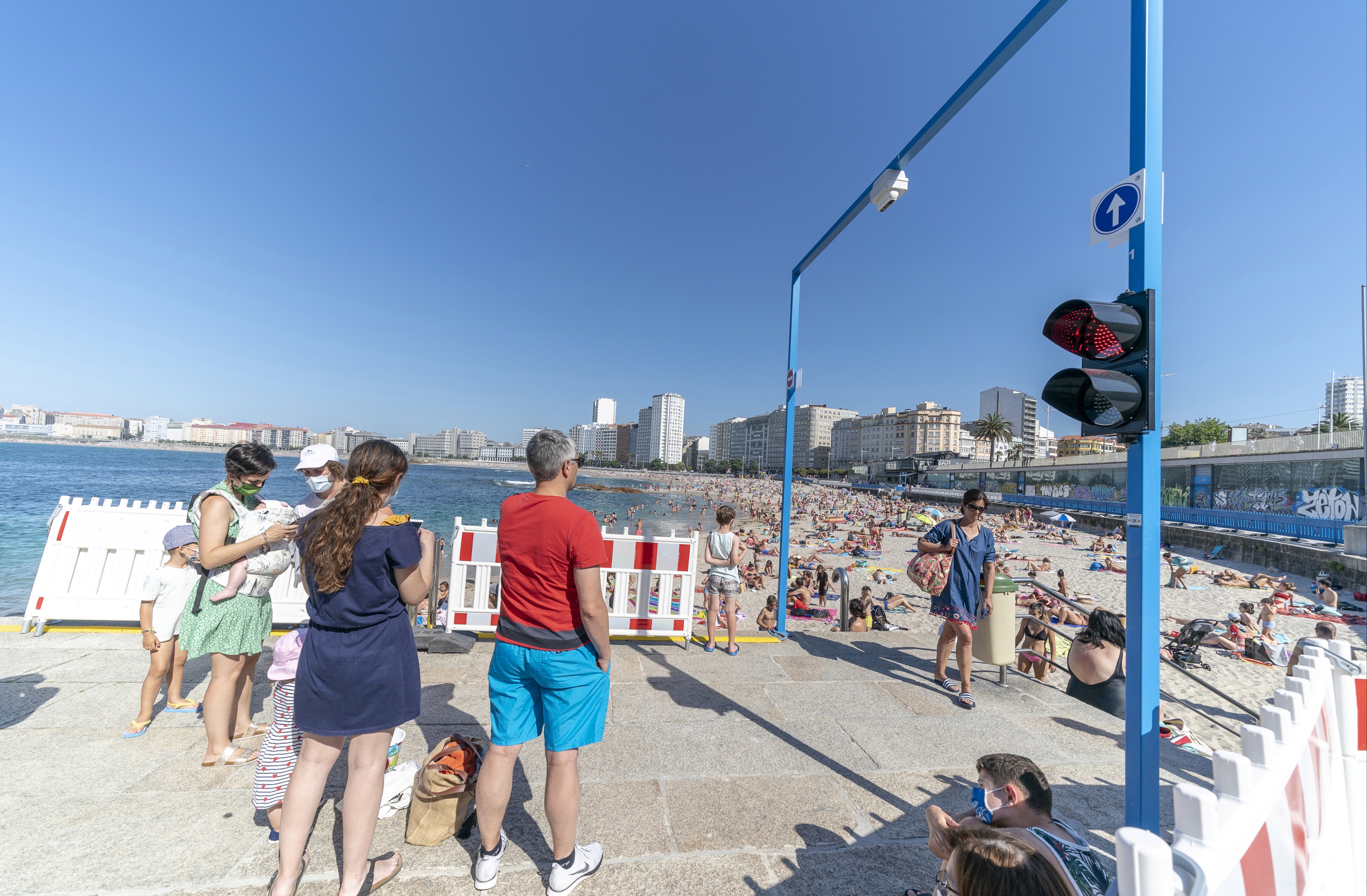 It has raised concerns that even more could close when Brits return again this summer, with tourist numbers rising after flights resumed last month.

Mostly this was not complying with safety measures like social distancing or abusive behaviour after not being allowed on beaches once they are too full to be safe.

About 4,400 of those incidents were reported in Malaga alone.

Andalucia’s Interior Minister Elías Bendodo said: "We all want to go to the beach, but we have to do it responsibly."

He also urged both visitors to the region and Andalucians for “responsible tourism.”